"It looks brilliant, it sounds brilliant, the pre’s are great, it’s easy to maintain, power consumption is low, and I don’t need a machine room. To say it was a no-brainer is an understatement.”


Abbey Road Institute London moved into its new home at Angel Studios in Islington in summer 2021 following a careful restoration of the historic, Grade II-listed building and the construction of dedicated teaching resources. The new educational facilities include Angel Two, a recording studio that features a Solid State Logic ORIGIN 32-channel analogue mixing console with an SSL UF8 Advanced DAW Controller integrated into the center section. 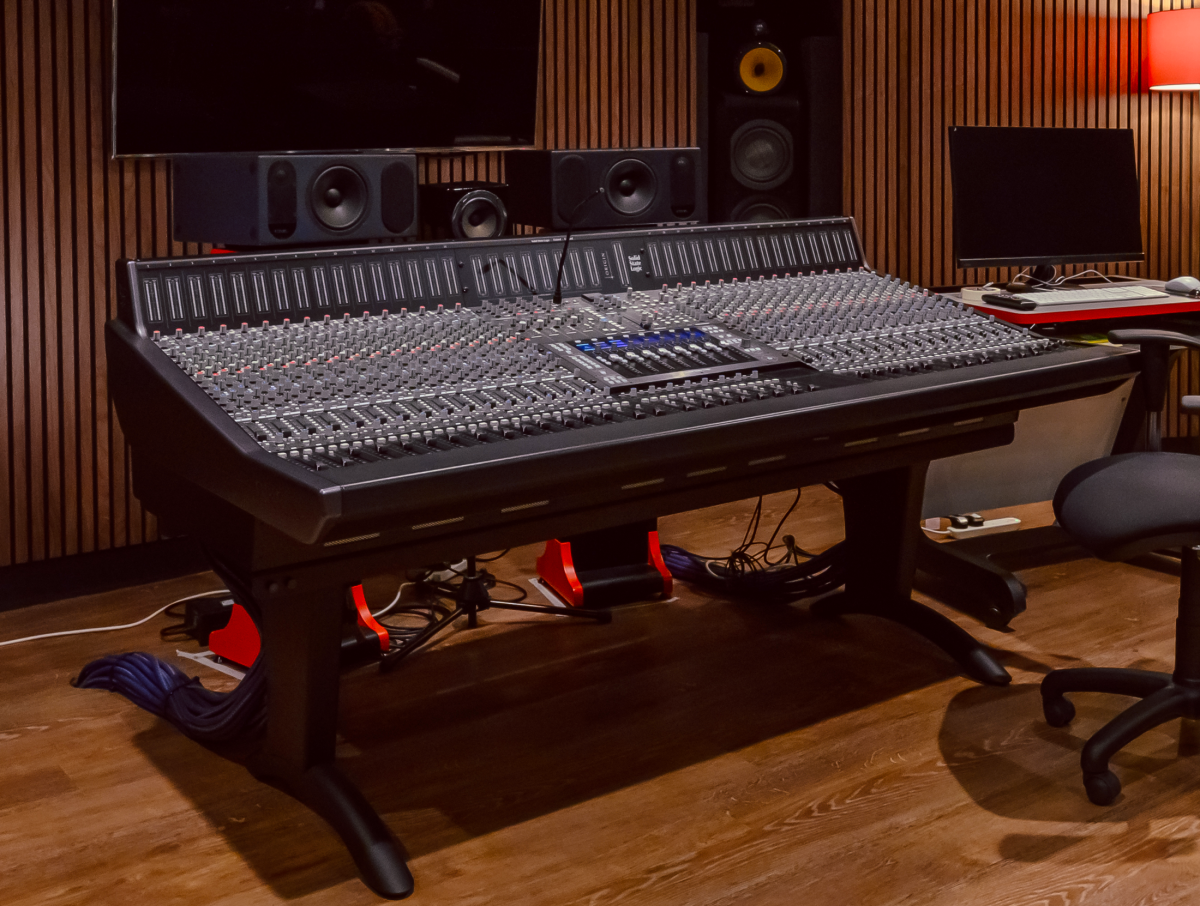 During the six-month renovation, Abbey Road Institute reconfigured Angel’s original Studio Three to create two tech labs and a Dolby Atmos mixing room, add 3 Production Suites, as well as the SSL ORIGIN recording studio (Angel Two), for the exclusive use of students on their year-long Advanced Diploma in Music Production and Sound Engineering. The music production school continues to operate its original dedicated recording studio at the famed Abbey Road Studios complex in St. John’s Wood, where students can also take part in workshop and masterclasses in Studios One, Two and Three, where the Beatles, Pink Floyd , Kanye West, Shirley Bassey, Oasis and Florence + The Machine and so many others have recorded. Angel’s Studio One, which can accommodate an orchestra, reopened as a commercial room managed by the Abbey Road Studios’ team in January 2022.

ORIGIN: a 'No brainer' for Abbey Road Institute

Abbey Road Institute had been considering other mixing desk brands popular with education facilities when the SSL ORIGIN was introduced, says campus manager Mike Sinnott. “SSL were always in a great position if they could create the right product at the right price point and, with their brand, offer something to schools that would be an alternative,” he says.

Ultimately, Sinnott says, it was an easy purchase decision: “It was a balance between ORIGIN being a traditional inline console that is very good for teaching on and affordability and value for money. It looks brilliant, it sounds brilliant, the pre’s are great, it’s easy to maintain, power consumption is low, and I don’t need a machine room. To say it was a no-brainer is an understatement.” 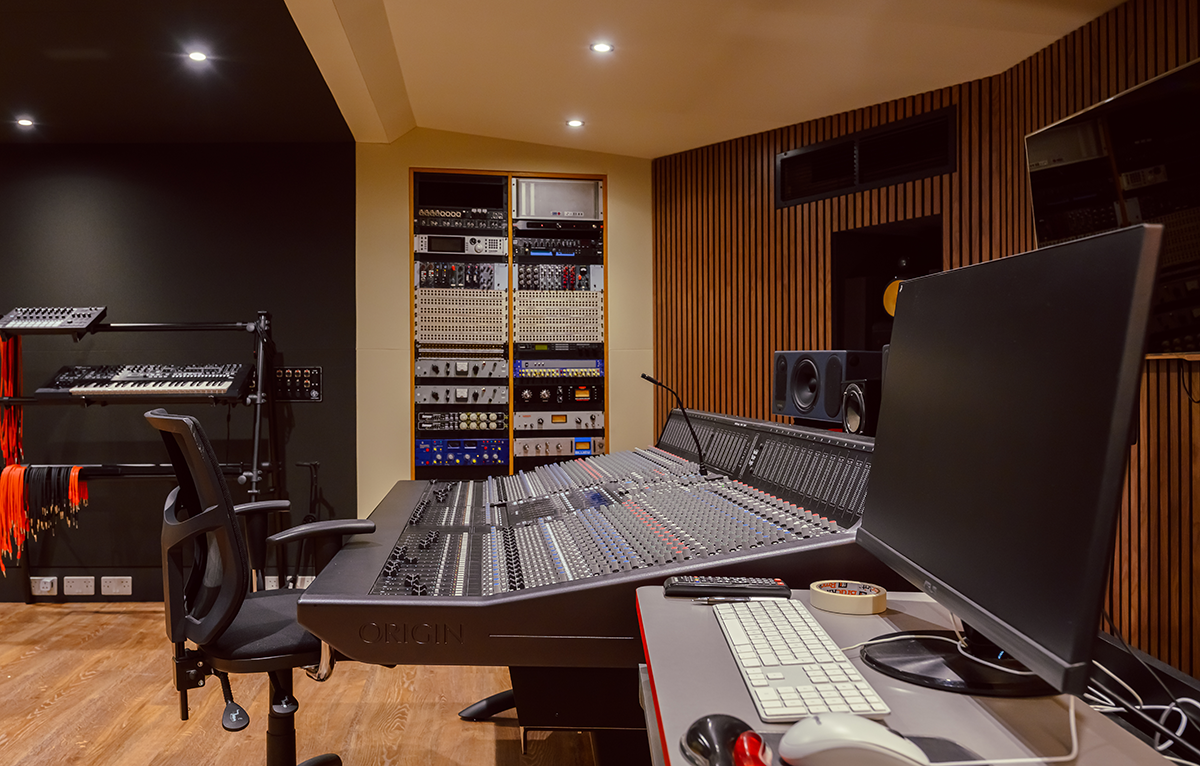 “It’s really amazing what SSL have done...It’s a wonderful console to use and it’s so good for the students.” 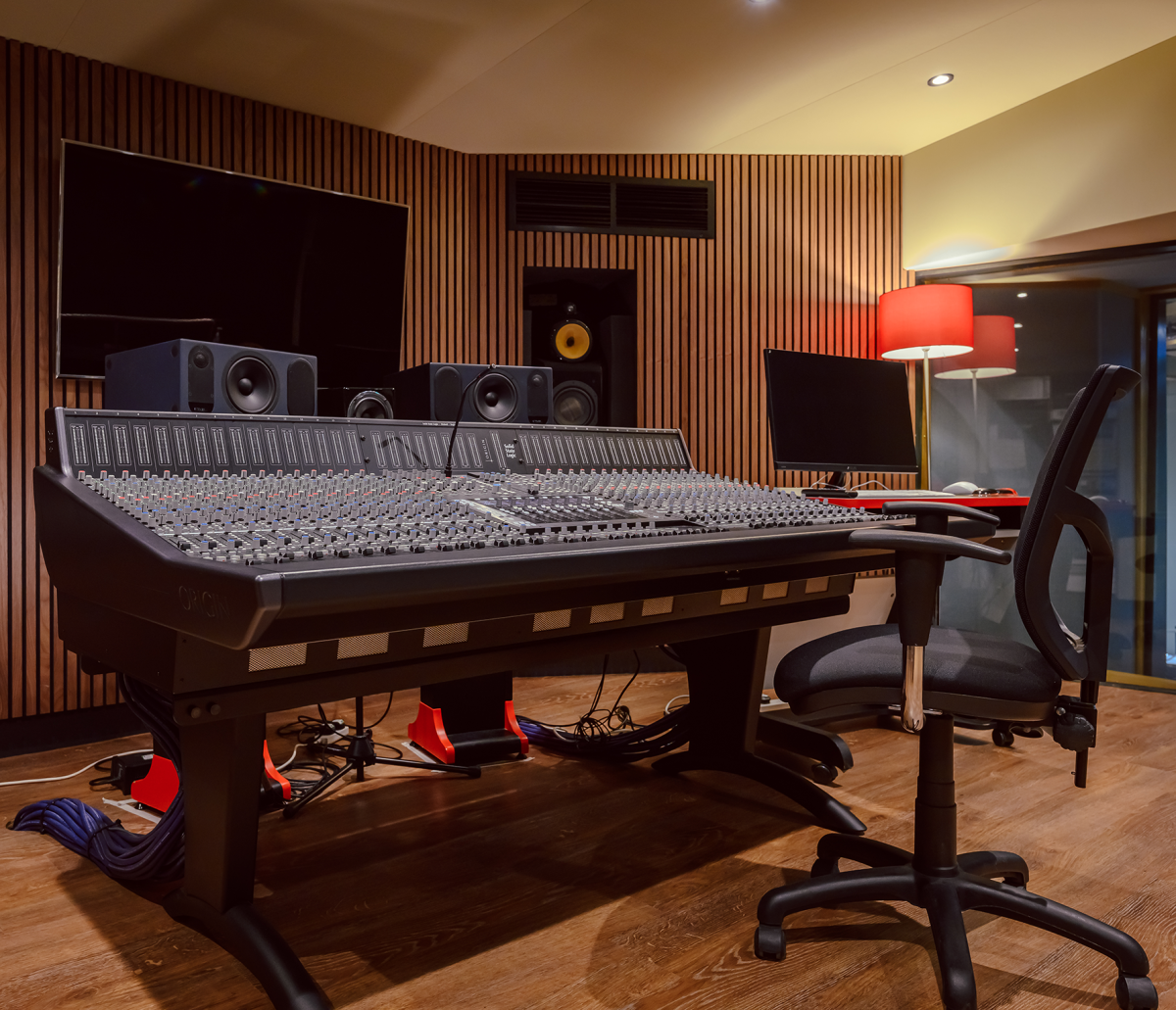 “I think the way SSL designed the ORIGIN makes it so easy for students to get involved with it,” says Charlie Thomas, a songwriter, producer and freelance Abbey Road Institute lecturer and engineer. “It’s really amazing what SSL have done. The PureDrive function is genius, where you can add that beautiful flavor. The EQ sounds so legitimately SSL. And I think the way that SSL have designed the bus routing is very like using a DAW, because it’s so intuitive. It’s a wonderful console to use and it’s so good for the students.”

Young students, whose previous music production experience may often be limited to working on a DAW, begin to understand the benefits of an analogue mixing console once they spend some time on the ORIGIN, which they get to do after four months on the course, Thomas continues. “We use it as an inline console so they have the drive option on the preamp, and I can show them analog saturation and distortion and how you can richen up sounds in a way that you can’t if you’re totally in-the-box. It’s not long before they’re using the SSL all the time for everything.”

The UF8 controller, integrated into the center section of the ORIGIN, enables students to bridge the analogue and digital worlds. “Students don’t expect a console to have a digital connection where you can automate and use the DAW without using the DAW,” Thomas says. “I encourage them to try and do things without using the mouse as much as possible, because when you’re turning and pressing things and moving faders you have a relationship with the music and the sound. When they become confident with the board, they realize why it’s still so important and why you can’t get the sound quite right without using it.”

Thomas was trained in the world of analogue. “So I understand the importance of analogue saturation and how to integrate analogue into your productions,” he says. During his early presentations to students “I use loads of SSL Channel Strip software. My initial point is that the sound of music that you know is probably the sound of SSL. It’s this beautiful, clean, wonderful sound that just makes everything bigger and richer and brighter.”

One of the first lessons that Thomas gives students on dynamics is about mix bus compression, he continues, where he demonstrates various plug-ins that replicate or mimic the SSL G bus compressor. “When they get into the studio and they use the real one on the ORIGIN, not only are they more confident with using it, but they also realize why having that analogue integration is important. Because it does give you something that’s just not there in software.” 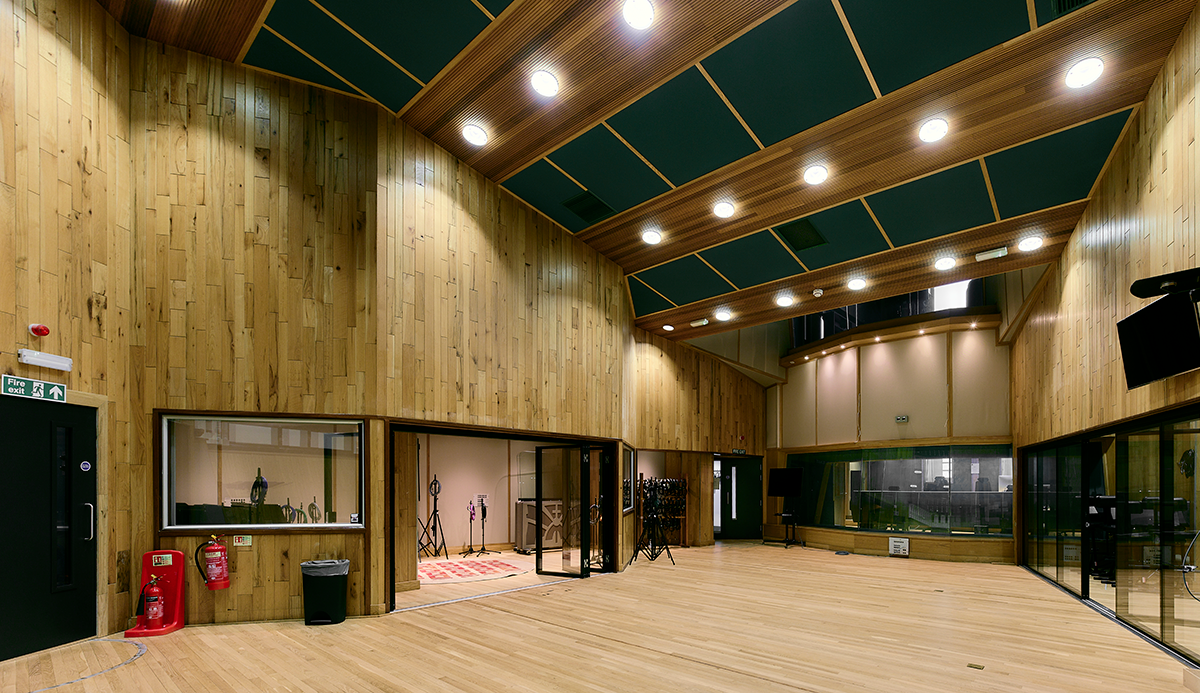 Instilling confidence in the next generation of engineers

Working on the SSL ORIGIN in Angel Two is sure to make an impression on students, Thomas believes. “It will get them hooked on SSL. And if you’re serious about this as a career, being confident working on an SSL is important.”

Angel Two, which has an adjacent live room that can comfortably accommodate a four-piece ensemble, is outfitted with racks of outboard analogue processing, including SSL 500 series dynamics and EQ modules. Monitoring is via B&W 802 mains — which are also in the two tech labs at Angel and throughout Abbey Road Studios — as well as PMC and Avantone nearfield models. There is an almost identical complement of software in all the teaching and production spaces, Sinnott says, allowing students to easily move between rooms and use their time efficiently.

"Our students are often self-producing independent artists,” Sinnott reports. “They come to us to learn the craft of making a record and to understand the industry, the platforms and the strategies — how to get their music listened to, marketing, monetizing their music, and other revenue streams.” Beyond making and promoting music, he says, “Ultimately, it’s a case of preparing them to dive straight in to a fast paced and ever evolving music industry. We want them to be equipped to think on their feet and navigate the industry effectively.’

The Angel Studios building originally opened to the public as a chapel in 1888 and closed in 2019 after operating as a recording facility for over 35 years. During that time, the multi-room complex hosted projects by artists such as Adele, Sam Smith, The Cure and Siouxsie and the Banshees as well as film and TV scoring sessions for The Lion King, GoldenEye, Downton Abbey and more.

ORIGIN is the culmination of four decades of technical innovation and the ultimate analogue in-line console for hybrid production environments.

Reproduces the legendary sonic signature of an early 80's classic