Having worked alongside a wide range of international artists spanning multiple genres, mixer / engineer / producer Adrian Hall made a name for himself at London’s Metropolis Studios between 1997 and 2004, working with Black Eyed Peas, Shakira, Depeche Mode and so many others. In those days, he might have been found working on one of the studio’s E, G, J or K series large-format Solid State Logic mixing consoles. However, since then he has embraced the hybrid workflow — working within his well-appointed private studio which now includes the recently launched UC1 and UF8 controllers from SSL.

After he left Metropolis in 2004, Hall went ‘all-in’ on setting up his hybrid mixing environment: “It was tricky to set up initially, because when my name is associated with a project it can’t have a disclaimer that says, ‘mixed on a modest Pro Tools rig in a private studio’ — it’s got to compete sonically with the stuff I was mixing on the 72 channel consoles,” he explains. (Image right - Metropolis, Studio A, London, 72-channel SL9072J console)

While Hall has always had a robust arsenal of outboard gear, he has witnessed a sea-change in the quality of plug-ins. “In those days, you needed the hardware on the ‘money channels’ — across the mix bus, on the kick, snare, lead vocal and bass — then you would do the other stuff with plug-ins,” he recalls. 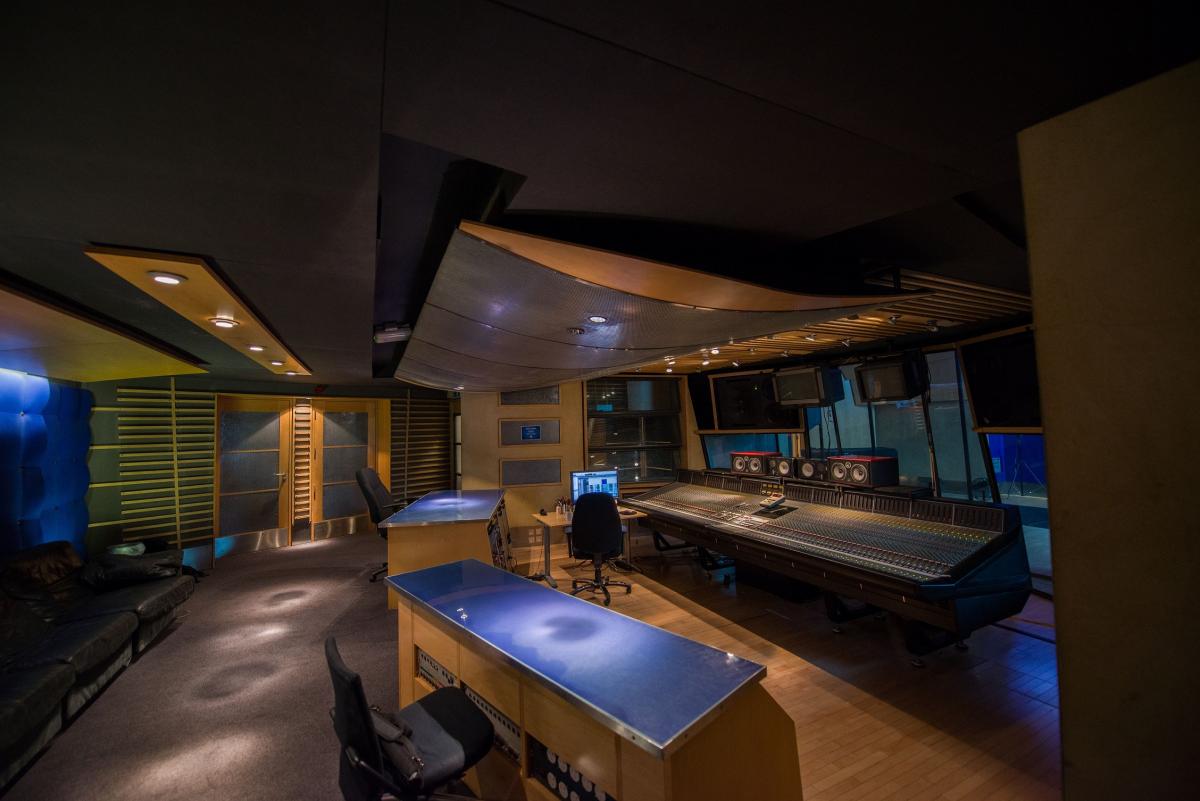 “Now, I think the plug-ins are so good that it is hard for me to discern whether I have mixed something in the console or entirely in the box.” 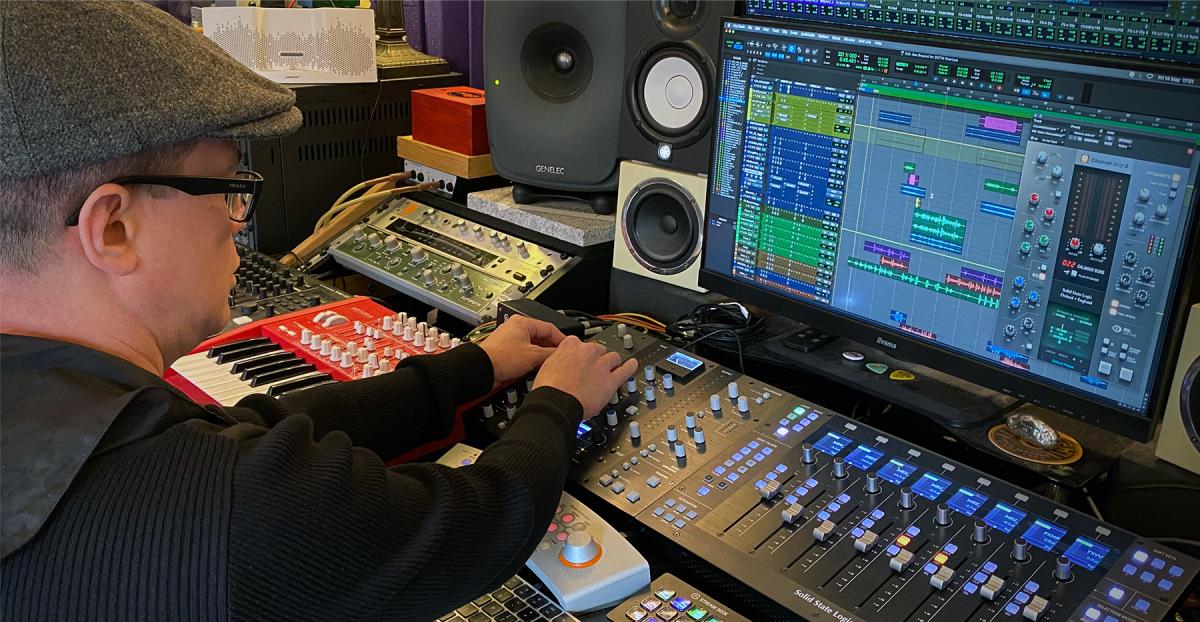 A new evolution of control

Currently, SSL’s Native plug-ins are at the heart of Hall’s in-the-box set up. While he has the entire suite on hand, the SSL Native Channel Strip 2 and Bus Compressor 2 plug-ins — which are both included with the UC1 — are among his favorites. With his new SSL UC1 controller, he’s able to achieve seamless control of multiple parameters in these plug-ins, simultaneously. “The UC1 has actually changed the way that I mix in the box,” says Hall. “Now, I can get two hands on an EQ so I can cut or boost and find frequencies simultaneously instead of having to do it with a mouse one button at a time. It is quicker and more creative, since I can just sweep the EQ around and find the frequency that I want on a guitar or a keyboard,” he explains.

Sonically, Hall says the new Channel Strip 2 plug-in leaves nothing to be desired: “It sounds phenomenal — the EQ is so powerful and flexible. It sounds really open in the top end, and punchy in the lows. Maybe one reason I like it so much is because I spent so much time on the SSL 9000J and K Series at Metropolis!” The UC1 controller features a clever sidechain key to both the channel strip and bus compressor. “This is great to have as a creative option or to make space in dense mixes by sidechaining or ducking different elements when needed,” says Hall.

In addition to the intelligent layout and tactile ergonomics of the UC1, the controller also possesses state of the art metering functionality: “Having a real moving-coil meter for the Bus Compressor plug-in right in front of me on the UC1 is fantastic. The ballistics on the meter are very familiar, and it behaves exactly like a real analogue SSL bus compressor in my rack!”

The default setting templates built into the software, which automatically map to the controller, are a huge time saver: “Here you are given basic starting points and settings that are established to something quite sensible beforehand for controlling things like ratio or threshold on the bus compressor. Working this way is actually quicker than working on an analogue console, since an assistant would zero the desk beforehand.” The UC1 also allows tactile recording of automation parameters on the EQ — something that could never be done on an analogue console.

“The UC1 has the feel of an analogue console, and being able to automate sweeps through filters and EQs is great.”

Hall is also an early adopter of SSL’s UF8 advanced DAW controller, which he uses alongside the UC1 and typically uses for multiple banks of subgroups while mixing. “I have both the UC1 and the UF8 right in front of me, and I use the faders on the UF8 all the time. For me, it is really the build quality that makes the UF8 stand out,” he says. “On other controllers I’ve used, the faders are a bit grindy, they don’t pick up what you touch, or you have to give them a workout. The resolution of detail on the UF8 faders is incredible, even more subtle than I can hear. They really feel like those of an analogue console.”

Having the UF8 and UC1 alongside each other also helps Hall get one step closer to the ‘one knob — or fader — per function’ workflow he always apprecaited on large format analogue consoles. “If I am boosting a frequency on the UC1, I have the fader bank of the UF8 right beside me and can pull the fader down a dB or two if I need to. The key thing is that I’m not having to go onto the DAW screen and pull a fader down with a mouse, since I’ll already have this selected on my UF8 and can rebalance instantly.”

For Hall, both the UF8 and UC1 controllers succeed in delivering on his high expectations from SSL — and he says that they have also made mixing a lot more fun: “Bottom line is that it gets you away from the mouse and the screen, and you can change all these parameters in real time.

"You can flow over everything just like you would over an analogue console.” 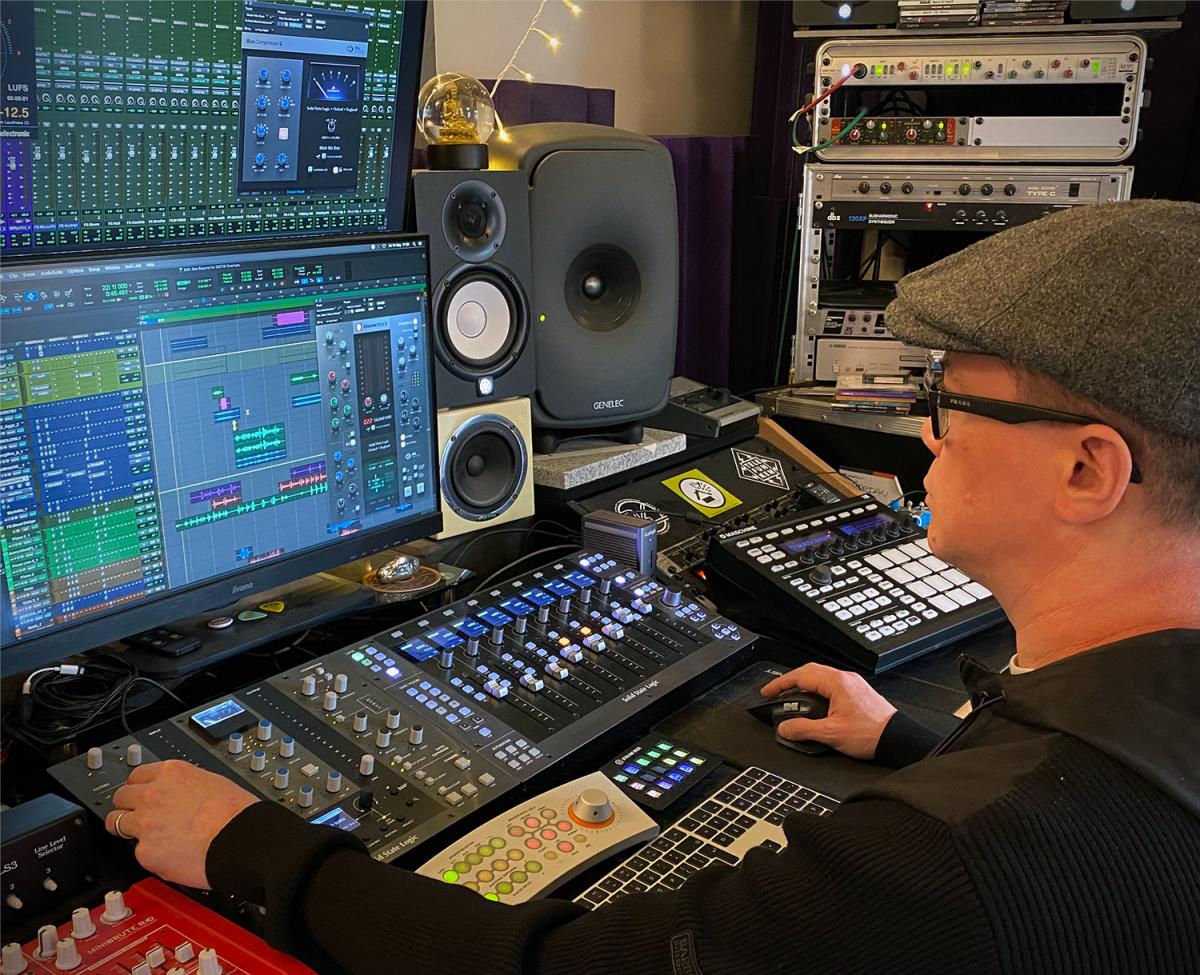