David Glasser, the Grammy Award-winning founder and chief engineer of Airshow Mastering, has had a Solid State Logic XLogic Multichannel Compressor in his console for about 15 years and has appreciated its iconic sound. When the company launched THE BUS+ in early 2022, he saw an opportunity to bring the legendary glue and punch of SSL’s classic compressor to even more of his projects. 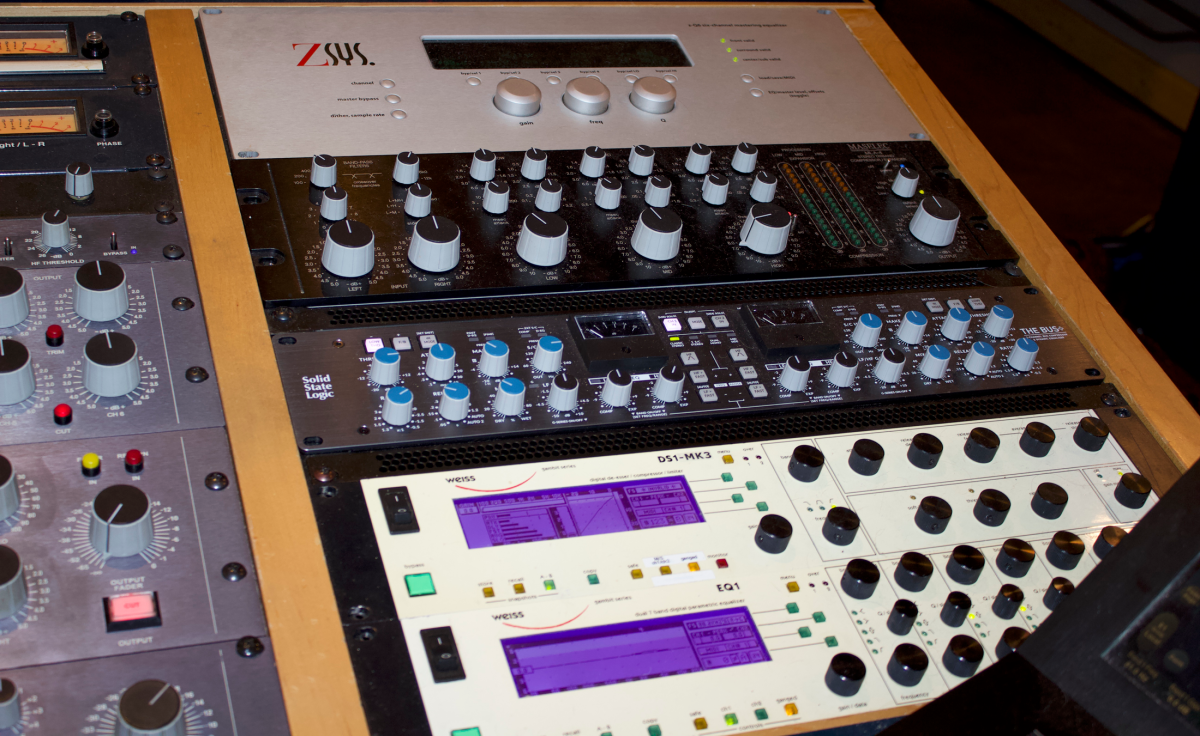 Glasser masters and remasters projects across a wide variety of music genres, from hard rock to jazz. He founded Airshow in 1983, expanded from Virginia to Colorado in 1997, and currently works out of the new facility he built in Boulder in 2016. Over the years, Glasser has developed a well-deserved reputation as a go-to mastering and remastering engineer for acoustic music, both modern day and from the catalog, especially Americana, traditional bluegrass and contemporary jamgrass. His two Grammy Awards to date have been in the Best Historical Album category, for a compilation of American folk, blues and country music originally released in 1952 and a collection of the remastered recorded works of blues singer Charley Patton, who passed away in 1934.

SSL has developed THE BUS+ as the most versatile incarnation of its famed bus compressor, also adding a variety of unique coloration options. As a result, THE BUS+ can provide anything from the clean punch of the SuperAnalogue 9000 Series to the grit and grunge of the 4000E and over-the-top, saturated parallel drum compression.

“THE BUS+ can sound really heavy-handed,” Glasser confirms. “It can also sound really, really subtle. You can make it even more subtle with all the sidechain compressor and sidechain filter options. You can dial out frequencies in the areas where the compressor is hitting it too hard. That turns it into more of an enhancer than a compressor. I basically use it to lift things up and tie the different musical elements together, for mixes that need that. Depending on the program material, it does also seem to make some things wider and deeper.”

Front panel controls offer three options — Low THD, F/B and 4K — that shape the unit’s overall sonic character. “I mainly tend to use compressors as a color and vibe thing rather than a sledgehammer. With the Low THD mode, for instance, it’s a really clean compressor. I seem to use that almost all the time,” Glasser reports. “I also seem to be using the Wet/Dry Mix at around 40 or 50% all the time, too.”

Glasser is also impressed with the ergonomics of the front panel design. “It’s laid out really well and really efficiently. There are some clever things in there. There’s a lot of almost hidden features that you can still get to pretty easily,” he says. For instance, “The dynamic EQ section is just crazy. I’ve really been liking that. And selecting the frequencies of the dynamic equalizers using the meters is clever.” A combination of multi-function controls on the two-band D-EQ, or dynamic EQ, section are used to dial in each band’s frequency and range, with the unit’s VU meters providing a visual indication of the settings.

THE BUS+ offers any number of mastering-friendly features, including stepped pots, enabling the engineer to precisely recall settings from a previous session. Further, those pots are read by a microcontroller, translating the digital control settings to the all-analog circuitry, thereby eliminating potential stereo mismatches or component tolerances. 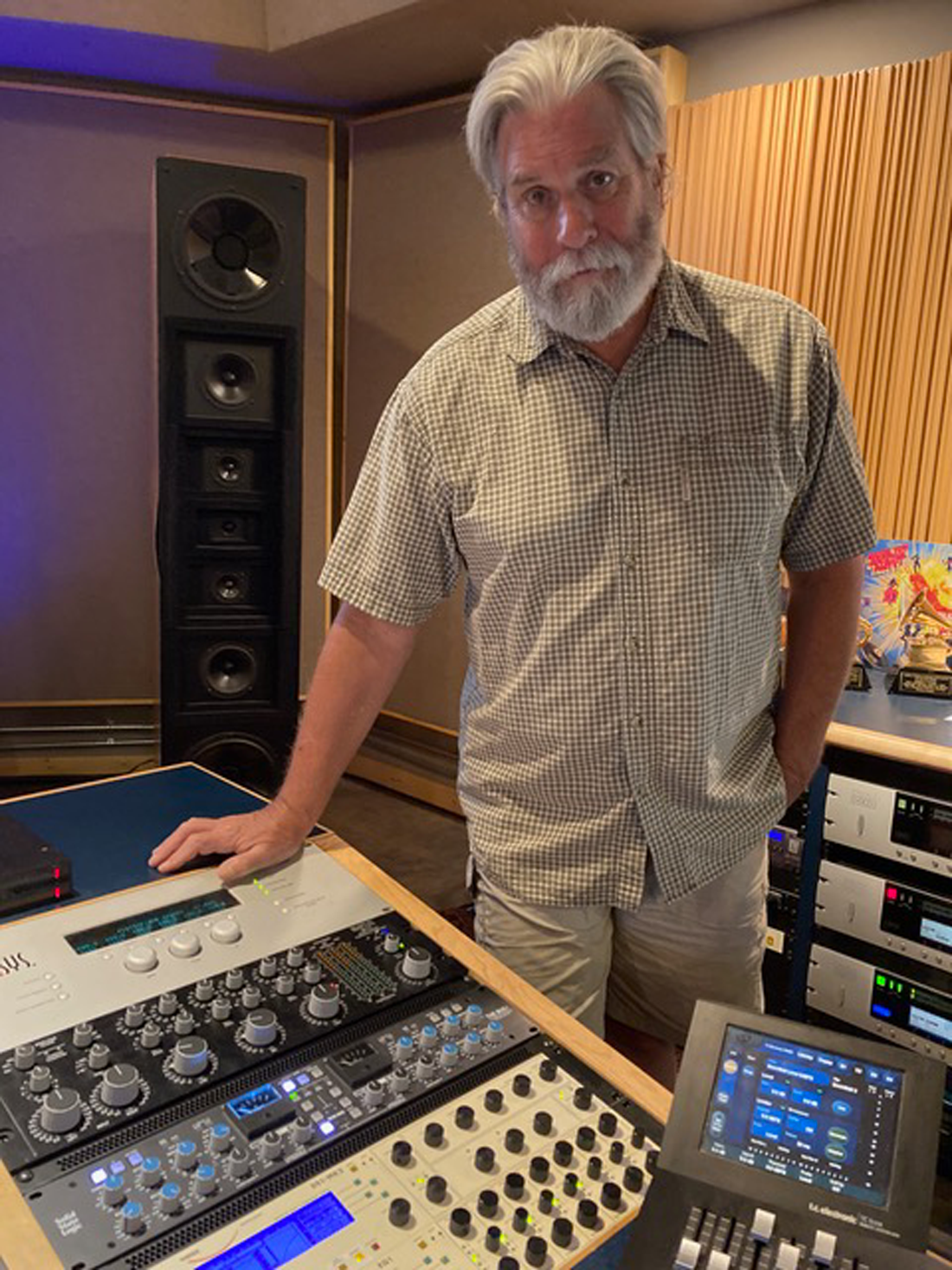 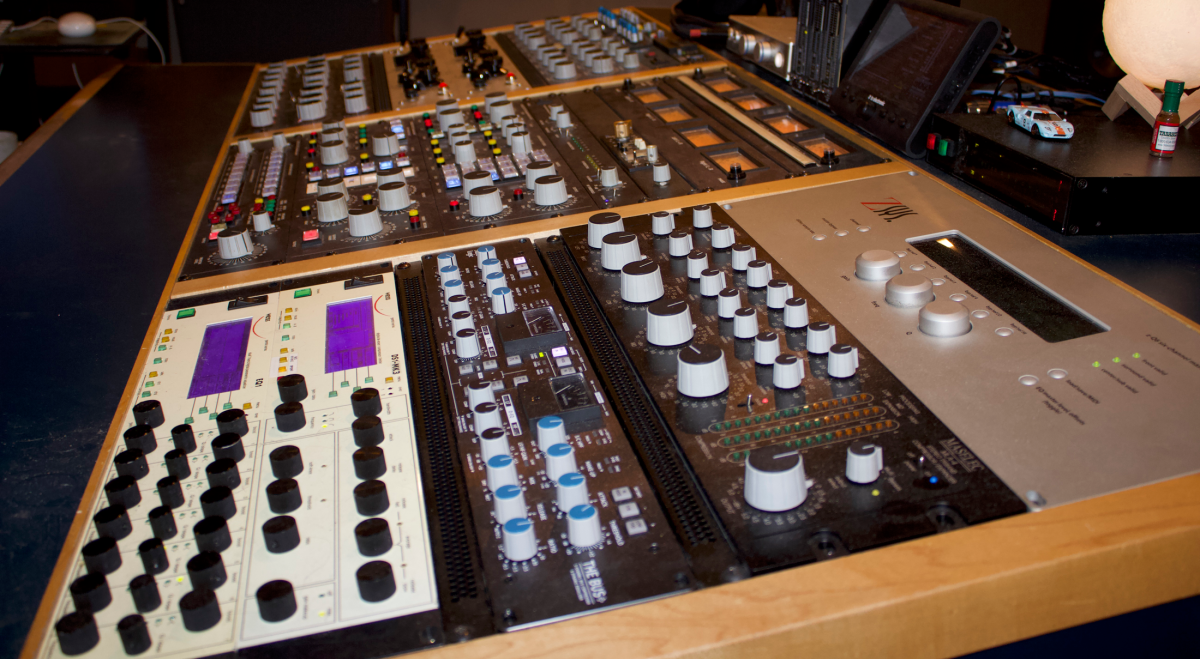 With the addition of THE BUS+, Glasser now has an added sonic coloration tool available to him as he embarks on any given project. “I’ll listen a bunch before I do anything and try and get the vibe of the project,” he says. “I’ll formulate in my head what direction it should or should not go. I’ve got a variety of things to pick and choose from, so I’ll try out a bunch of different approaches until I find the one that works. Then I’ll whittle it down to the least amount of hardware and least amount of processing that I need to do to make it sound how it should sound.”