Baggpipe Turns it Up with SSL Duality

Sweden – Baggpipe is a facility with a long and impressive pedigree in European and international recording. The Beatles, ABBA, Beyonce, Lady Gaga, Jennifer Lopez, One Direction, Wyclef Jean, and Mutt Lange are just a few amongst those who have used the former 1930s cinema building for their creative ends. The facility was turned into EMI Studios in 1962 and then became Cosmos Studios in 2000. Now it has become Baggpipe, and has entered into a joint creative venture with Musician/Songwriter/Producer Anders Bagge’s creative operations. This will focus the Studio more on collaborative song writing activities. Bagge himself comments: "We're creating a commercial meeting place for the best in the business... A new platform for musical creatives and the development of tomorrow’s talented young songwriters." 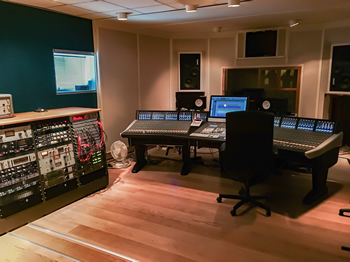 Most recently, as part of a complete studio upgrade, Baggpipe has invested in a new 48-channel SSL Duality δelta Pro-Station analogue hybrid console for its main commercial control room. The console was supplied by SSL’s Swedish partner Arva Trading AB.

Willem Bleeker is the Studio Manager and Chief Engineer at Baggpipe and has been overseeing the on-going refurbishment.

We're creating a commercial meeting place for the best in the business... A new platform for musical creatives and the development of tomorrow’s talented young songwriters.
Willem Bleeker

The facility consists of 12 studios, made up of ten production rooms and two bigger commercial rooms. The Duality has gone into Studio 1 - the bigger of the two commercial rooms, which also has a large live area with a maximum capacity of around 55 musicians. Studio 2 is a DAW-based room, mostly used for voice, or production and song writing.

The ten production rooms used to be rented out to independent Producers; now those rooms are used as part of the Baggpipe initiative. "Now instead of everyone in their room working on their own things, everyone will work together towards the same goals," explains Bleeker. "And for a lot of the time that will be with the same artists. It's more focussed on songs and song writing."

The new Duality δelta console is a 48-channel Pro Station type, with the 'wrap-around' style layout bringing all 48-channels into arm's reach of the studio sweet-spot. "Of course, I looked at other consoles," says Bleeker. "...Other manufacturers, digital options, and so on... But in the end it was an easy choice.

"It's the flexibility on the console that I really like. We do so many different things at the studio, and the recall is fantastic. I can interrupt an on-going mix, run a recording session, and then come back to the mix with no problem."

The Duality console features a dual path channel architecture so processing can be placed in both the record and monitor paths, while flexible bussing technology allows patch-free sub groups using the 24 track busses. It also has full 5.1 support, including monitoring calibration tools. 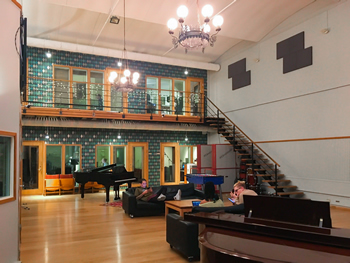 These facilities, and more, mean that Baggpipe can accommodate the full range of its clients, from core music bookings to broadcast and advertising clients. The large live room is in particular demand for string ensemble sessions and around once a month they host a shared client session organised by an LA-based arranger. "It's expensive to book an orchestral session for one client," explains Bleeker. "In this way multiple clients share the costs... We do between 15 and 20 songs in one day on those sessions."

Sound quality is obviously paramount for Baggpipe, and the Duality SuperAnalogueTM inputs and full SSL EQ and dynamics processing on every channel was a big draw. Bleeker has been using the console’s VHD (Variable Harmonic Drive) circuit that can be switched into every input on the Duality to give an adjustable harmonic distortion to deliver a wide range of input colours. "I use that all the time," says Bleeker. "On the mix I'm doing right now I think I have it on almost every channel. I love it for snare, electric guitars, bass, and on B3 it's amazing... I do use it to record too."