Creating a nimble, networked remote set up for performances by "America's Finest Orchestra"

Cuyahoga Falls, Ohio, September 30, 2021 — This year’s Blossom Music Festival, which annually runs from the Fourth of July weekend through Labor Day at Blossom Music Center, the summer home of The Cleveland Orchestra, saw the introduction of a new mixing system for the audience occupying the venue’s lawn area. Where previously engineers had some measure of remote control of the installed speakers covering the lawn from a Wi-Fi tablet, this year the venue implemented a Solid State Logic Live Remote Tile and SOLSA (SSL On/Off Line Setup Application) software driving a Solid State Logic Live L200 digital mixing console.

There was a definite downside to the previous tablet mixing system, according to Bill Fertig, IATSE Audio Department Head at Blossom Music Center and a front-of-house engineer with more than 35 years of touring experience. “It was fraught with a lot of problems,” he says, “the least of which was Wi-Fi.” Expecting a reliable Wi-Fi signal while mixing in the middle of as many as 15,000 people, many carrying smartphones, was always a risk, he says. 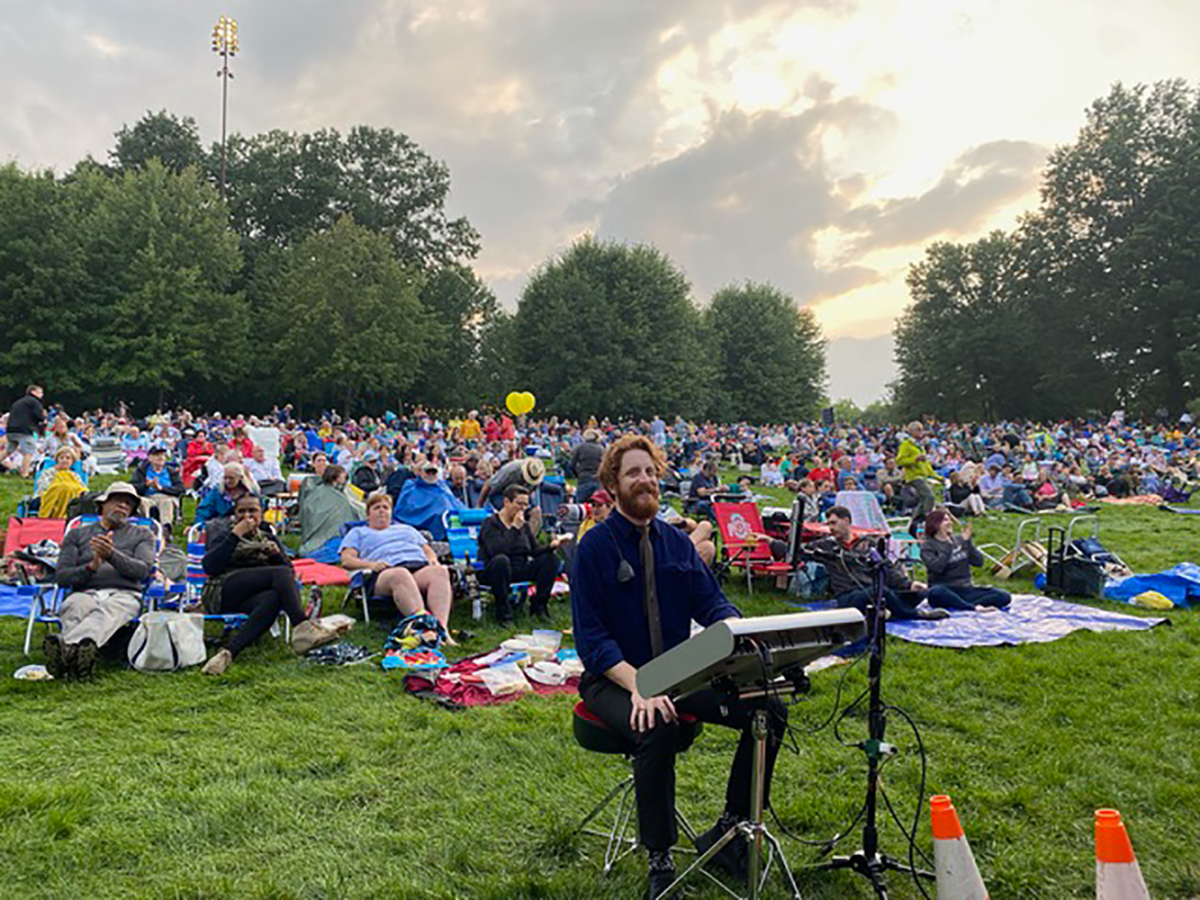 When The Cleveland Orchestra partnered with a new production management team two years ago, Fertig pitched them on the idea of installing an SSL Live L200 console in the recording studio below the 6,000-seat Blossom Pavilion amphitheater. Such a setup would enable an engineer to mix for the lawn audience using a physical console surface — the 12-fader Remote Tile, which is identical in operation to the tiles in the console — instead of a tablet. It would also provide an interface to the Merging Technologies multitrack recording system that The Cleveland Orchestra’s recording engineer, Gintas Norvila, uses at Severance Hall, the organization’s year-round home.

Fertig spent some time studying SSL’s website while researching the best choice of console. “There are a lot of great descriptions of a bunch of installations; schools and other places. SSL is really championing network audio,” he says. That was important, because Fertig needed to interface to the Dante network cards in the Yamaha amplifiers driving the Nexo line arrays covering the lawn, and he also needed a simple and elegant way to interconnect the L200 console and the Merging DAW in the studio. 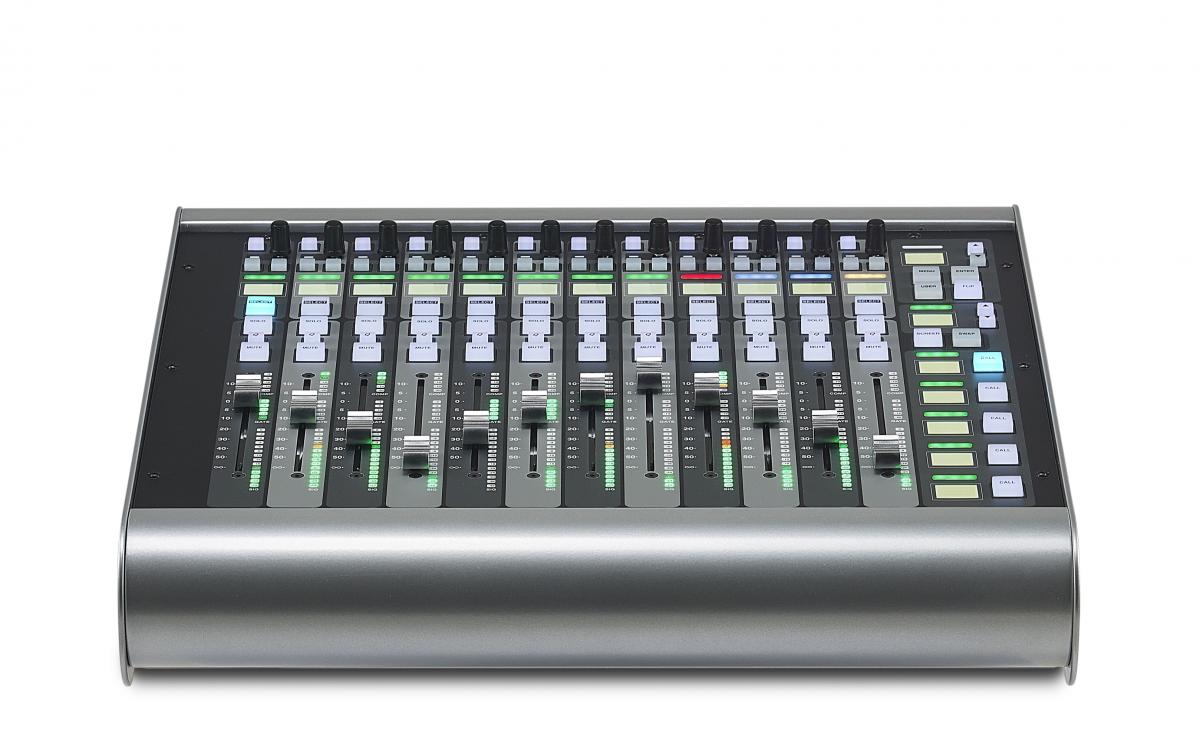 “We have a pair of Yamaha switches in the amp room and with some VLANs we take that control to the top of the pavilion where there’s an amp rack that services some newly installed subwoofers on the lawn,” Fertig says. From there, on show days, the Blossom audio crew pull a network line and a power cable onto the lawn and plug in the Fader Tile and a stand-mounted Microsoft Surface tablet running SOLSA software, providing the mix engineer with complete real-time control of the remote L200 console. Fertig hopes to eventually run some permanent underground Cat 6 and power lines to the lawn mix position.

The simple, portable lawn mix setup is also a necessity in the region’s changeable weather, Fertig says. “You just pull the power and network cables, lift up the Tile, grab the computer and walk everything out of the rain. The audio is still working and the guy in the studio is now in control of the mix.” In the studio, the L200 console connects to the DAW via MADI and is also used to generate a stereo mix of each concert for the archive.

Having a second operator working in parallel in the studio also has its advantages. “In the past, if you were mixing out on the lawn, you couldn’t solo-in-place. But you have that advantage in the studio,” Fertig says. “It translates to a well-tuned mix, having two people working on it, one who can listen and solo instruments while simultaneously the other person is sitting on the lawn in front of the speakers and pushing the faders.”

Blossom Music Festival typically serves over 400,000 visitors during its summer season. This year’s program featured The Cleveland Orchestra, which is also known as “America’s finest orchestra,” presenting a broad repertoire, from classical works by Brahms, Beethoven, Mozart, Elgar and Dvořák to the Great American Songbook and Stewart Copeland’s Police Deranged for Orchestra. Live Nation also programs a series of shows from across a wide range of rock, country and other genres at Blossom Music Center, which is 25 miles south of Cleveland and just north of Akron, under a long-term contract with The Cleveland Orchestra.

“We’ve walked that cable out to the lawn more than a dozen times this summer,” Fertig reports. On a recent show, a thunderstorm five minutes before the performance sent everyone scurrying. “We had to disconnect the Tile Fader and the computer, go into the pavilion and mix the show from the studio. Then we got a text: ‘We’re back on the lawn.” And away we went. So it’s fairly foolproof.”

Having used the SSL L200 console setup for a season, Fertig believes it could solve some problems at other venues. “I don’t know if there is anybody else doing this, but it seems like the Tile and SOLSA technologies lend themselves to a few other applications.” Indeed, he and the orchestra’s recording engineer have discussed remote mixing over an even greater distance. “He lives in New York, so we’ve talked around the scenario of him not having to come here for some things. There are a lot of cool things that could be done.” 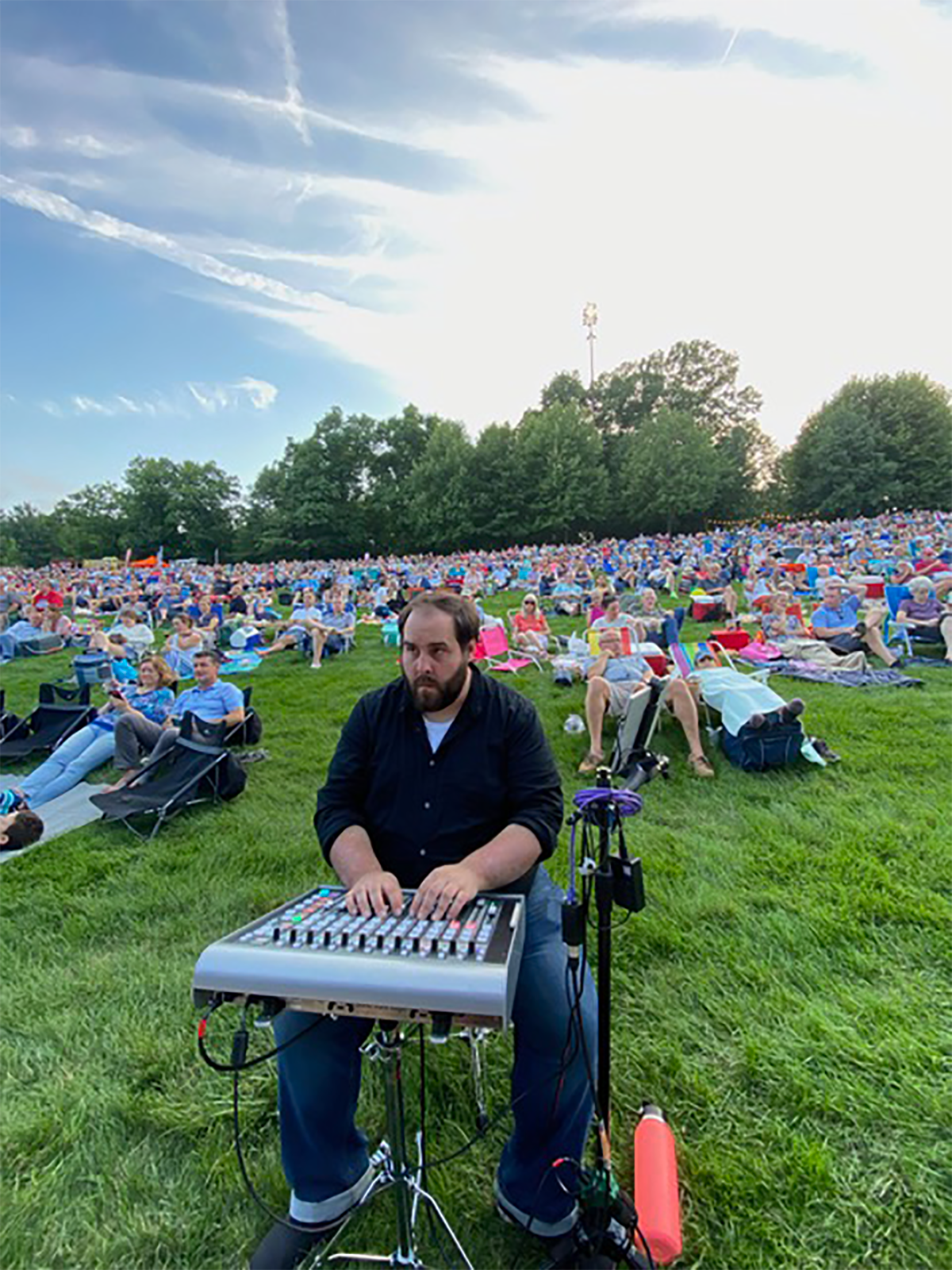