"It's the best console I've ever heard; there's no two ways about it"

Liverpool, UK, January 20, 2022 — Brit Floyd, billed as “the World’s Greatest Pink Floyd Show,” returned to the road this summer following a yearlong hiatus due to the coronavirus pandemic with a string of U.S. dates beginning at Red Rocks Amphitheater in Colorado. The UK-based band has been touring the world since 2011, performing selections from Pink Floyd’s The Wall, The Dark Side of the Moon, Wish You Were Here, Animals, The Division Bell and Meddle, using a Solid State Logic L200 digital mixing console at front-of-house.

“It’s the best console I’ve ever heard; there’s no two ways about it,” says Gareth Darlington, the band’s longtime sound designer and FOH engineer. “It has a big, fat, wide, pleasant sound with lots of separation.” Darlington has been with the band full time since 2011 but started his live sound career in 1998 when he joined his brother, Damian, Brit Floyd’s musical director, guitarist and vocalist, on the road with a previous Pink Floyd tribute band.

“I got the L200 because I wanted more faders. I’m a musician, and mixing is like playing an instrument,” says Darlington, who also performs with Damian, their sister, Johanna, and others in a side project, Acoustic Unlimited. “I’m not afraid to use a lot of EQ and shape everything, so I want to get my hands on everything. It’s very organic.” 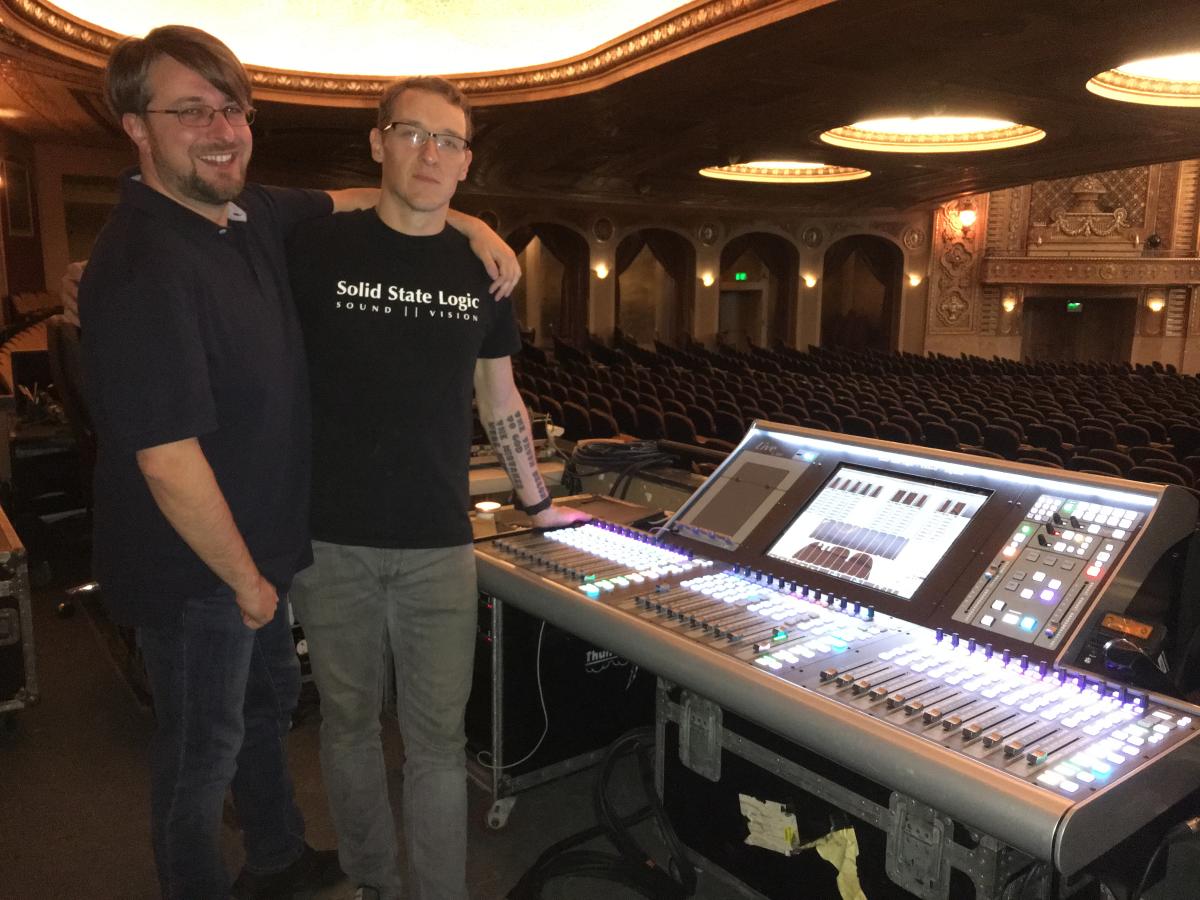 Darlington familiarized himself with the Live console’s operation prior to its delivery by first downloading the SOLSA (SSL On/Off Line Setup Application) software to his computer. “I learned how to use it intuitively via the software. Then I spent a week at Parr Street Studios [in Liverpool] prepping the show with studio monitors, so I could really hear what it was doing. I’ve never worked on a console with that much flexibility. That’s the beauty of the console; you can set it up exactly as you want it starting from a clean slate. I quickly built a show that I was happy with and I haven’t changed it much since,” he says. 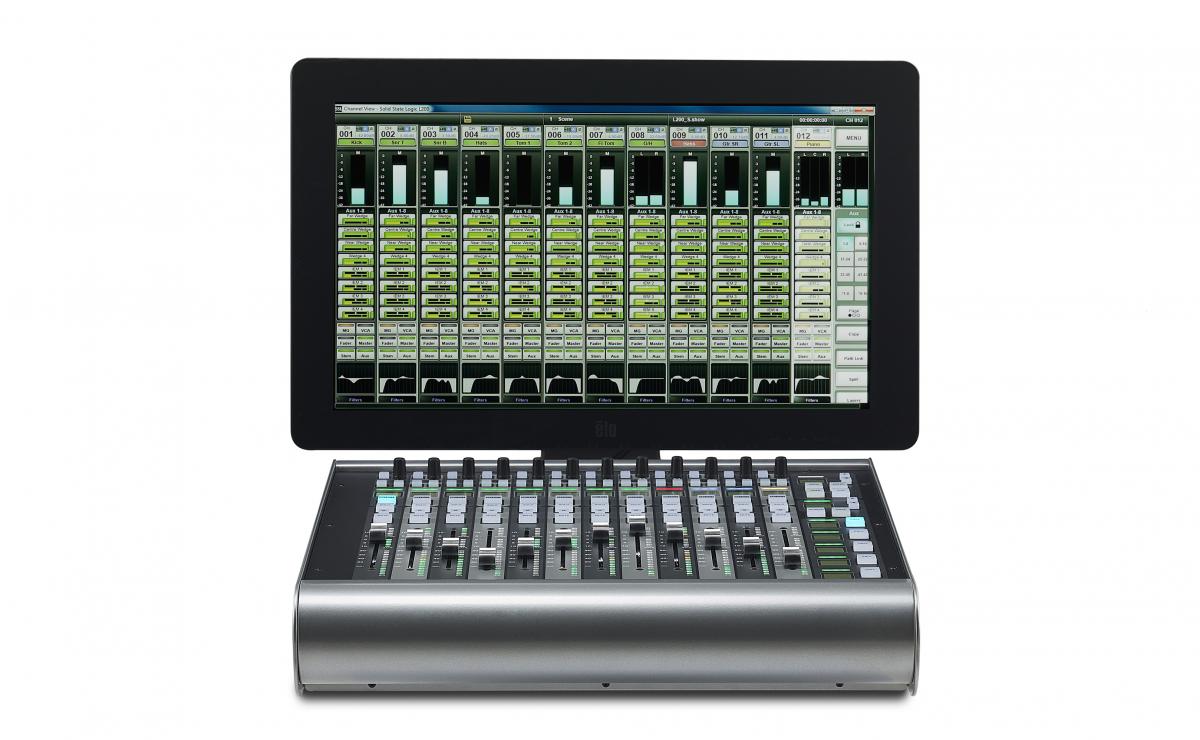 He reports that he uses a lot of scenes on Brit Floyd’s show. “The L200 is the first console I’ve worked on where you can automate everything, including EQ and compression, scene by scene, with fade times and make the transitions absolutely seamless. That was a huge gamechanger for me,” he says. Brit Floyd often performs a note-for-note rendition of “Echoes,” the 23-minute centerpiece of Pink Floyd’s 1971 Meddle album. “I have five or six scenes for that one song. I meticulously edited the fade times so that everything transitions, and you don’t have to worry about exactly when you change scene. That’s been absolutely amazing.”


Set the Controls for SSL Live

Darlington recalls that Chas Cole, of UK-based CMP Entertainment, who produces and promotes Brit Floyd’s shows worldwide, approached him about adding a front-of-house console to the organization’s production equipment inventory in 2019. Brit Floyd faithfully recreates Pink Floyd’s 1994 final tour, complete with a multi-million-dollar light show, circular screen, lasers and inflatables, using the company’s own equipment. “He asked me to do some homework and recommend something that I’d be comfortable using,” he says. “I gravitated towards the SSL Live through a lot of recommendations and the company’s reputation.”

One of the strongest recommendations came from Andrea Pellegrini, who alternates at FOH with Brit Floyd when Darlington is unavailable. Pellegrini has toured for 15 years mixing FOH for King Crimson and Tony Levin’s Stickmen, but is primarily a studio engineer. “I work with SSL every day,” he says, typically at a studio in Florence, Italy, close to his home, which has an SSL 9000 J console. He got to hear the very first Live desks to come off the SSL production line at a Peter Gabriel rehearsal years ago. “The thing that I noticed was the space, the stereo image, that I also find on the 9000. It has become my first choice, because of the sound quality and the preamps,” says Pellegrini, who takes the Live console on tour whenever he can.

“I thought that desk was the best choice for CMP, because the show is about live music, effects and dynamics,” Pellegrini says. The automated fades between scenes is one of his favorite features. “It makes the transitions so smooth. You’re not tied to switching the scene at an exact time or otherwise you hear pops and clicks,” he says. 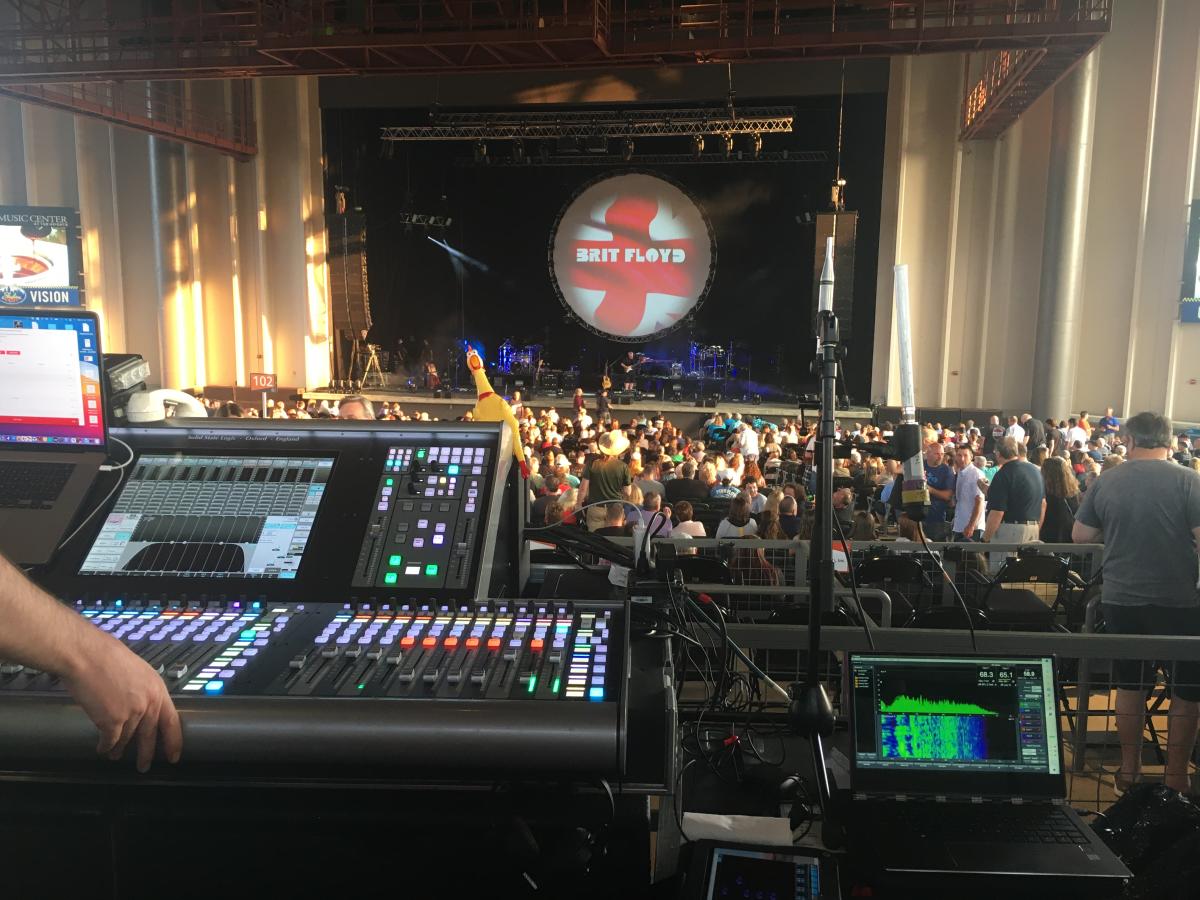 The happiest fades of our lives

Pellegrini continues, “The L200 has all the features that I might need and is my favorite layout. I love to have all the faders on the same level. We don’t run anything externally, so it’s all done in the L200. The big screen is great; it works in sunlight at outdoor gigs way better than other brands. And the all-pass filter is amazing.”

“The all-pass filter on every output was a tremendously useful tool for me when it came to lining up my L-Acoustics K2 tops and SB28 subs,” says Michael Skinner, who has worked as Brit Floyd’s systems engineer since 2018 and also recently toured with Deadmau5. “I could line up the phase at the crossover point, then get the shapes perfectly on top of each other using the variable Q on the all-pass filter. It was fantastic.” Skinner adds, “In my opinion, the SSL Live beats every other large-scale console on the market in terms of sound quality, hands down. Every single feature on it is really great and it’s all very musical. And once you’ve done a show or two on the console it’s all very intuitive.”

Darlington has configured the L200 to run 80 channels with 64 inputs from a pair of SSL Dante AoIP SB 32.24 SuperAnalogue™ Stageboxes — all live, no backing tracks. “A lot of the reverbs and effects come back on stems, but some come back on channels. I have one tile of the console that is mainly VCAs and outputs. If you’ve got the show dialed in, you should be able to more or less just push the groups. I love the stems. Our drummer’s very dynamic and during the show I subtly balance all the drums, constantly. So a lot of my subgrouping is done with stems: drumkit into a stem into a bus,” he says. “It’s very easy to manage.” It requires a lot of effects processing in the L200, especially reverbs and chorus, to convincingly recreate Pink Floyd’s songs, Darlington says. “I spent a lot of time trying to emulate what they do, and I can get pretty close. Our drummer plays quite lightly and sometimes the snare doesn’t pop enough. I can get that pop with the transient plug-in. I also really like the saturation plug-ins, which I use on the drumkit as well. And I use the bus compressor on the master and a stem which is basically the drumkit group. It’s fantastic and sounds wonderful.” 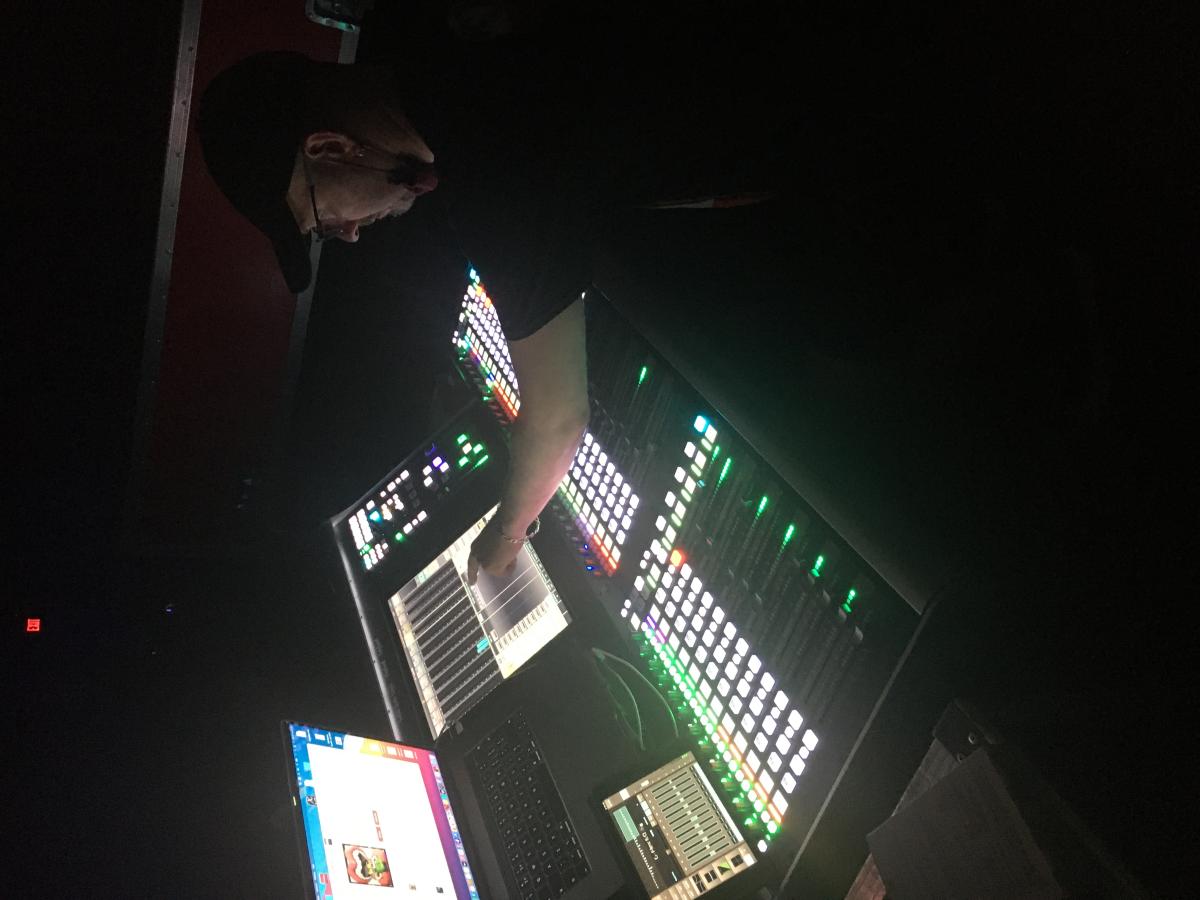