“I get all the digital automation and recallability along with the impressive tonality of the analogue world,”

Ripponden, UK, February 11, 2021 - In the current climate, it’s hard to imagine a time when musicians will be able to get back into studios to collaborate and record as they once did. Before the UK went into the first lockdown however, this is exactly what Joss Worthington - engineer and owner of Distant City Studios in the picturesque village of Ripponden in West Yorkshire - was doing using his new Solid State Logic AWS948 SuperAnalogue console. 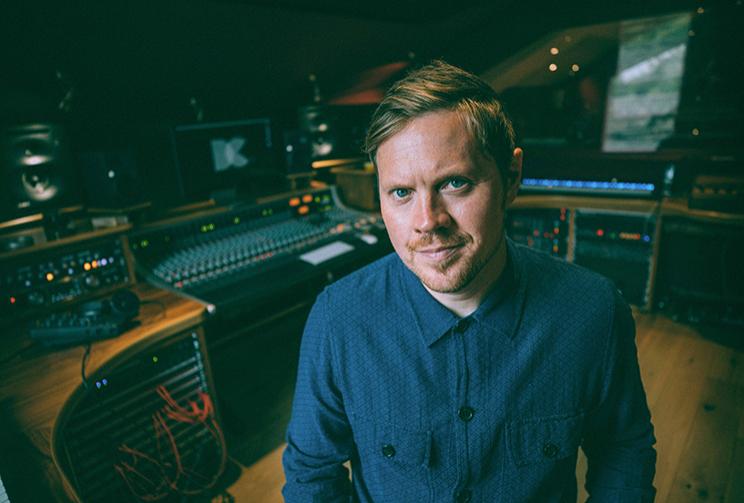 In an apparent twist of fate following a major redesign of the entire studio (including the roof!), Joss used his new desk with additional G Series Bus Compressor and 611DYN E Series dynamics modules to record rock band Lanterns on the Lake’s acclaimed album Spook The Herd, which was released last February via independent record label Bella Union and shortlisted for the 2020 Mercury Prize.

While the album was made with traditional recording techniques, the equipment and technology used was very much modern and progressive.

Coming from a digital background, Joss was keen to progress further into the analogue domain with a desk that could provide true flexibility, and he was recommended the 948 by The Studio People:

I've always been massively influenced by ‘80s pop and rock stuff, and that compressed film sound usually going through an SSL,” says Joss. “So the more I listened to it, the more I realised that subconsciously, my ears have been informed by that SSL sound for years.

“My own music is quite cinematic sounding, and I've always liked working with a broad, soft stereo image,” he adds. 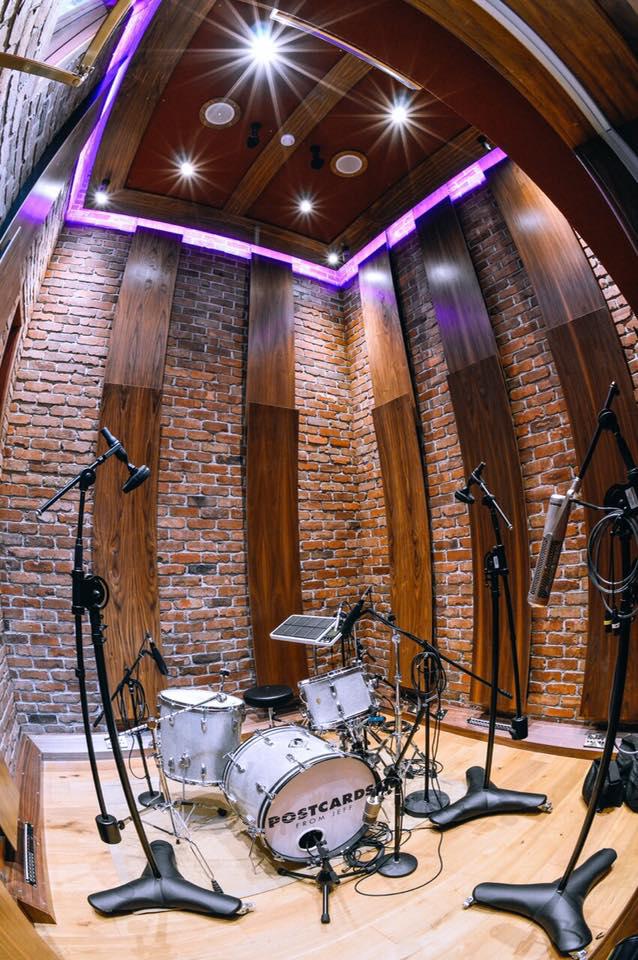 “I wanted to be able to mix stems on a desk that didn't have a massive footprint, and the beauty with the 948 is that you can change each channel into a stereo channel and flip things very easily.”

Joss admits that he’s been getting more hands on with the desk, and the power it’s provided him when it comes to mixing has been second to none. He’s also been using some extra 611DYN E Series dynamics modules on toms, kicks and snares to make his drums sound even cleaner and punchier, as well as utilising the AWS948’s Delta Control function to automate his main faders for a streamlined workflow. 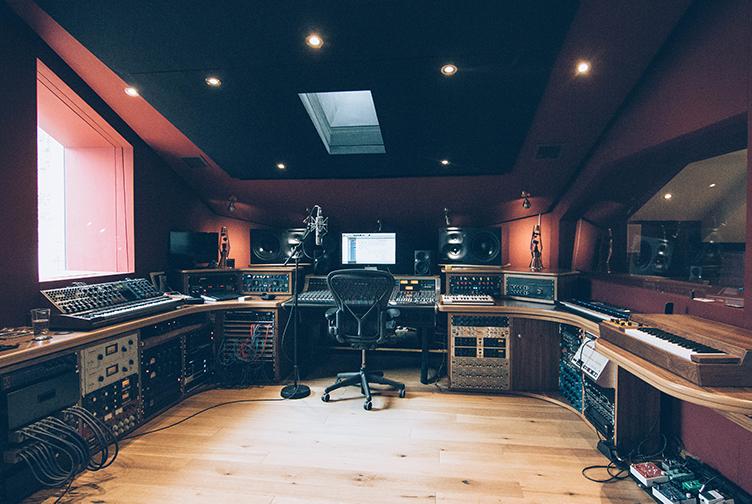 “I have eight stereo stems in the analogue world, so at one touch of a fader I can use the DAW Focus mode to flip back and forth between that and the mixing that I’m doing in the box. I get all the digital automation and recallability along with the impressive tonality of the analogue world. With the Lanterns on the Lake record, the drums were pretty much all done through the SSL except for the room mics, along with a bit of a mixture of preamps,” he reveals. 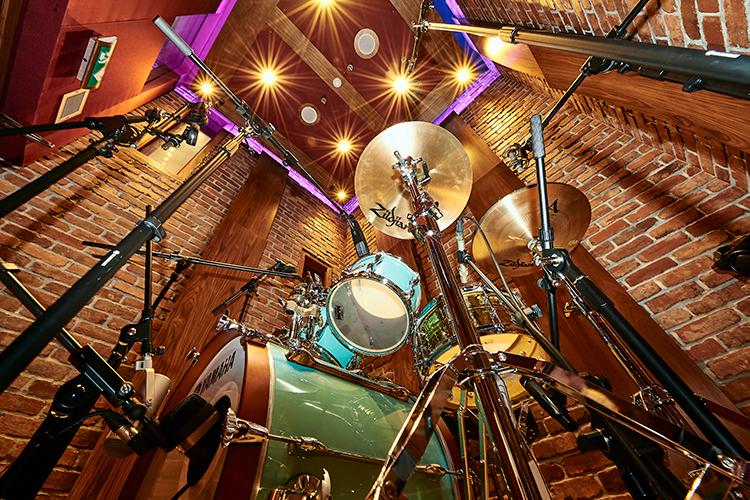 In addition to  the console’s G Series Bus Compressors, Joss also likes to utilise mid-side compression; a Fairchild clone adds width and depth, creating more punch in the middle of the mix without processing the wider areas of the stereo image.


Distant City’s overhaul inspired Joss to make some interesting choices when it came to the studio’s overall design, building a double-height drum room with a retractable ceiling to accommodate the available space.

Having written and released music under the name Postcards From Jeff for a number of years, Joss approached the design and build from a pure musician’s point of view: 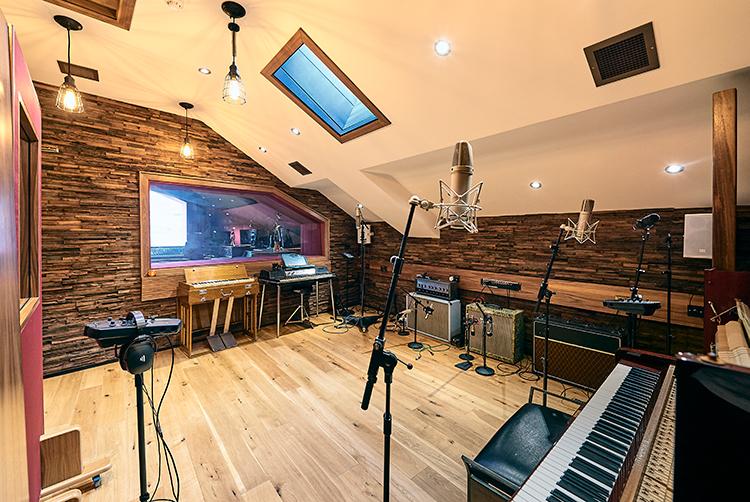 “What became quite apparent after a few years was the inconsistency in the studio’s setup and design, so the original brief was to try and build a timeless studio that was still cutting edge,” he shares. “For the past three years I've just been trying to get the studio on the map, and the timing of the Lanterns on the Lake project couldn’t have been better.

“I’d opened the studio up and done some work with a few people, but I wasn't really pushing the website that much. I was just trying to get on my feet and find my groove with a new setup which was drastically different to what I had before. I was very lucky to have a mutual contact with Lanterns on the Lake, and after I reopened the studio they were really keen to get in and record.”

It was a dream job for Joss, who was a huge fan of the band beforehand, and they made it clear that they wanted to create the record very much in line with how Joss had designed the studio:

“They wanted roomy drums and the whole ambience; playing together at the same time in an attempt to capture that depth, dynamic and real vibe of the place.” 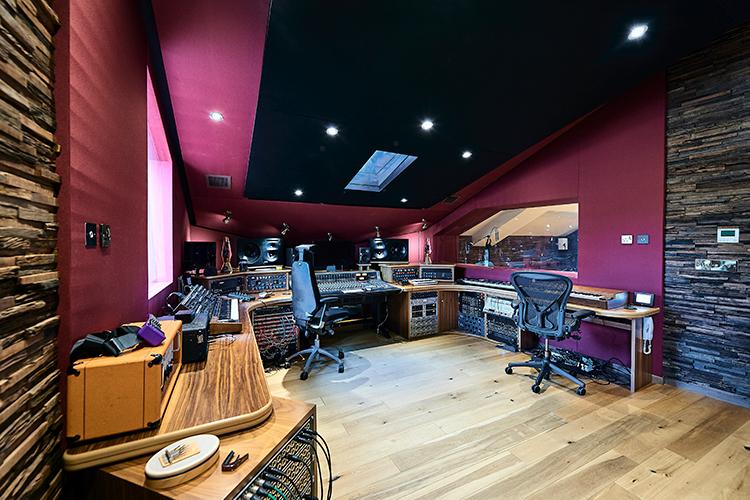 It wasn’t in fact until after the Lanterns on the Lake record was produced that Joss brought Solid State Logic’s Fusion all-analogue stereo outboard processor into the equation, which he now uses in abundance and cites as a “really clever bit of kit".

“When you put it on your mix bus you can quickly check if there’s enough width or depth and then add that in where needed. On the last minute of something, if you just need a tiny bit of top end you can add that in. It's very useful mostly on the mix bus, and the capabilities it brings in terms of acting as a hub for the mixers. It’s also nice to have that option where you can add a little bit of air to things - I do that quite regularly. 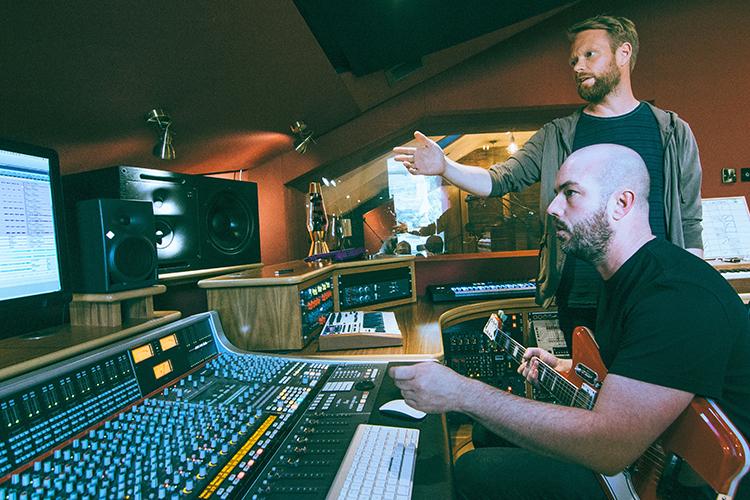 Having recorded the Mercury Prize-nominated album through his AWS948, Joss is confident that he absolutely made the right choice when it came to his gear:

“It’s just fantastic; it fits perfectly in the studio without having a massive footprint and it allows me to integrate a lot of different preamps around it. In many ways. I've got the best of both worlds!”