"The UF8 has definitely saved my butt, let’s put it that way!"

Eddie Kramer, whose resume needs no introduction, is the quintessential engineer / producer whose is typically portrayed in front of a sprawling recording console with dozens upon dozens of channels. During the last 18 months however, all of that changed. Kramer found himself using his small office /mix room in his home in Toronto — a city which he hasn't set foot out of since February of 2020 — and reinventing his entire workflow with modern technology, including the Solid State Logic UF8 controller.

"I had just finished a bunch of sessions at Capitol Studios in Hollywood for a Hendrix release, came home and then COVID hit. I said, 'OK, I’m not going anywhere. How am I going to work?'" Kramer recalls. He soon realized that this was an opportune time to explore new digital workflows and re-evaluate his own process. "I'd been hearing information about the different ways of working remotely and decided I needed to do a 180° pivot — so that’s exactly what I did. I set up my office as a small studio. I upgraded my laptop, got a larger monitor for my ProTools sessions, a couple of speakers and eventually the SSL UF8. That was pretty much it." 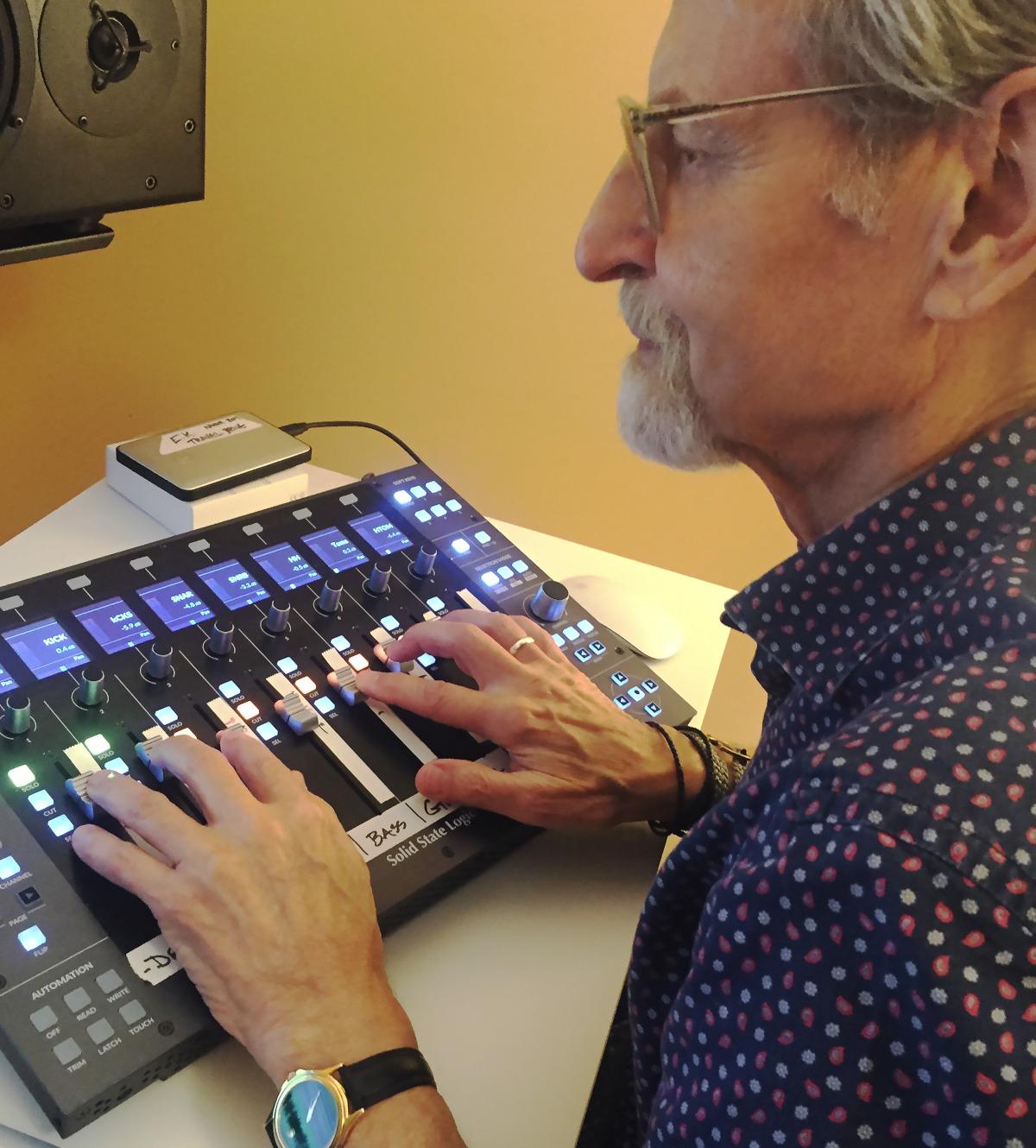 Before COVID, Kramer never even had a home recording set up: "I have always been in the studio, and never even thought about have a studio in my home." He was living in Toronto and during lockdown, decided to make a partnership with engineer/friend Jason Burgos from Twin River Studios.  “I made a deal whereby I brought in about 60 percent of my analog gear in racks, including a nice ATR tape machine." At about the same time, he learned about Audio Movers how he could run high quality sessions remotely, and with virtually no latency. "I tried it out, and I couldn’t believe it. I thought, this is how I am going to be working." After setting up his new modest, yet powerful system, he began missing the tactile feel of faders.

"I kept wanting to put my hands on faders and I tried a couple control surfaces that will remain nameless," he says. "I had already seen the SSL UF8 in action, so I got in touch with SSL and they told me all about it and sent one over. As soon as I tried it, I said, “That’s it, I’m in!'" Very soon thereafter, Kramer's partner acquired one as well and now both of them are able to work in parallel on tracking and mixing projects in real time. "I can set up a mix of say the drums in real time, send it to him, and then he does tweaks. I can watch and listen to these tweaks in real time, then we go back and forth between the two of us."

Performing on the UF8
Perhaps it is not surprising that, as a 'child of the '60s', Kramer was quick to appreciate the UF8's elaborate lightshow routine when first powering it on. "That lightshow just gives me so much joy and it is like a total flashback. It is the ultimate geeky thing to see the UF8 do its tricks." Fancy lightshows aside, Kramer was most impressed with the device's ergonomics and tactile feel: "The best part about the UF8 is the ease of operation and the feel of the faders, which is great — I just can’t say enough about them," he says. “I'm doing eight tracks at a time, and then cascading to my second fader bank layer if I need it. If  I’m doing drums, I can do all the moves I used to do and it is such a relief."

Kramer is known as a 'performance mixer' and is used to maneuvering around large format consoles, much the way a virtuoso guitarist might navigate across six strings on a fretboard: "I use all ten fingers on the console," he says. "And when you haven’t used faders for a while — and I hadn’t for about four or five months before I got this thing going — it reminds you that this is what mixing is supposed to be. I cannot separate my brain from my hands, and the faders moving up and down. My mixes never sit still, and things are moving all the time."

Aside from having a great tactile response, Kramer and his partner says that the workflow and clean aesthetics UF8 offers help him get to a final mix in half the time: “I love the way that the layers work and how we can customize the displays for each layer. The soft keys are brilliant, and automation is a breeze." For Kramer, who is decidedly 'old school', the ramp up time to begin using the UF8 was fast and efficient. “I plugged it in, hammered away at it and after a couple of sessions, we had it down. I am always discovering new ways of elevating the mix with the UF8..it has definitely saved my butt, let’s put it that way!"