"I wanted to have the newest equipment and the best equipment. So when SSL came out with the ORIGIN, I said, this is it.”

The newest studio, designated A1, is the larger of the two main record production control rooms at the Einnor — Ronnie spelled backwards — complex and was completed in January 2022. “It’s the best room,” Jackson says. “For me, you don’t have an official studio unless you have an SSL; that’s the truth of the matter. Some of the bigger SSL consoles are staples, but I wanted to have the newest equipment and the best equipment. So when SSL came out with the ORIGIN, I said, this is it.” 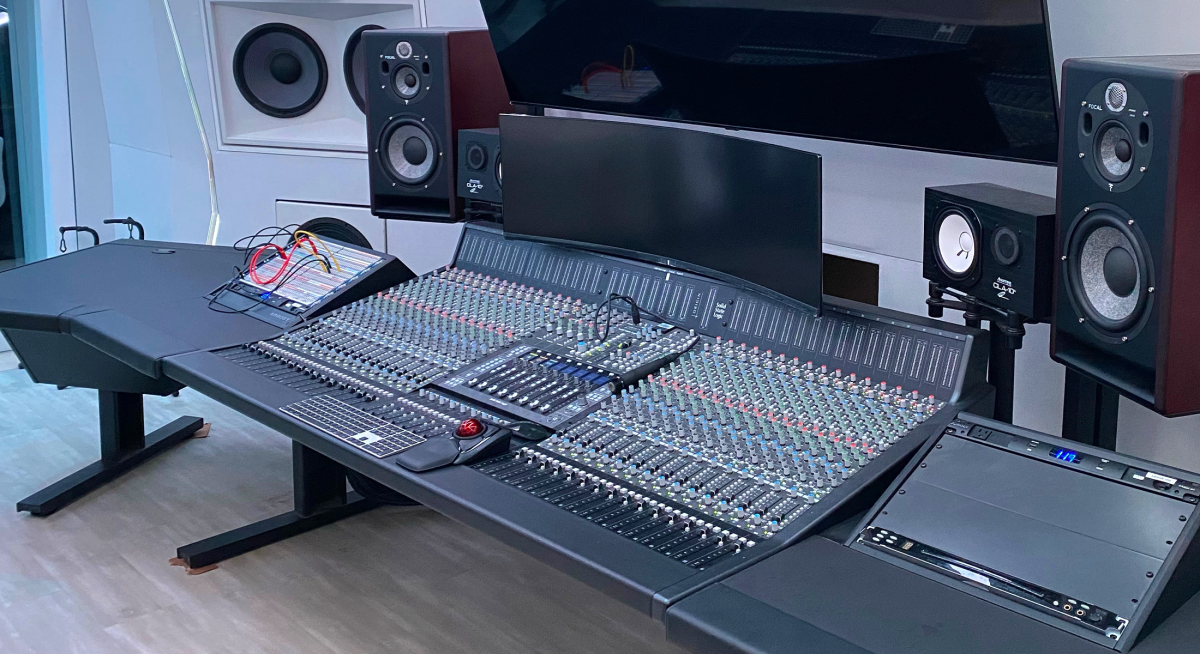 Jackson was attracted to a number of ORIGIN’s features from the jump. First and foremost, “It’s analog,” he states. “The truth of the matter is that maybe 80% of the people work in the box. But you have to have an SSL for cutting drums or other live instruments — you need that sound.”

Plus, he adds, “It’s not going to kill me in power,” referring to the efficiencies afforded by ORIGIN’s power supply scheme. The new console consumes about 40 watts when in sleep mode, and also generates less heat while functioning — offering additional cost savings through reduced air conditioning requirements. 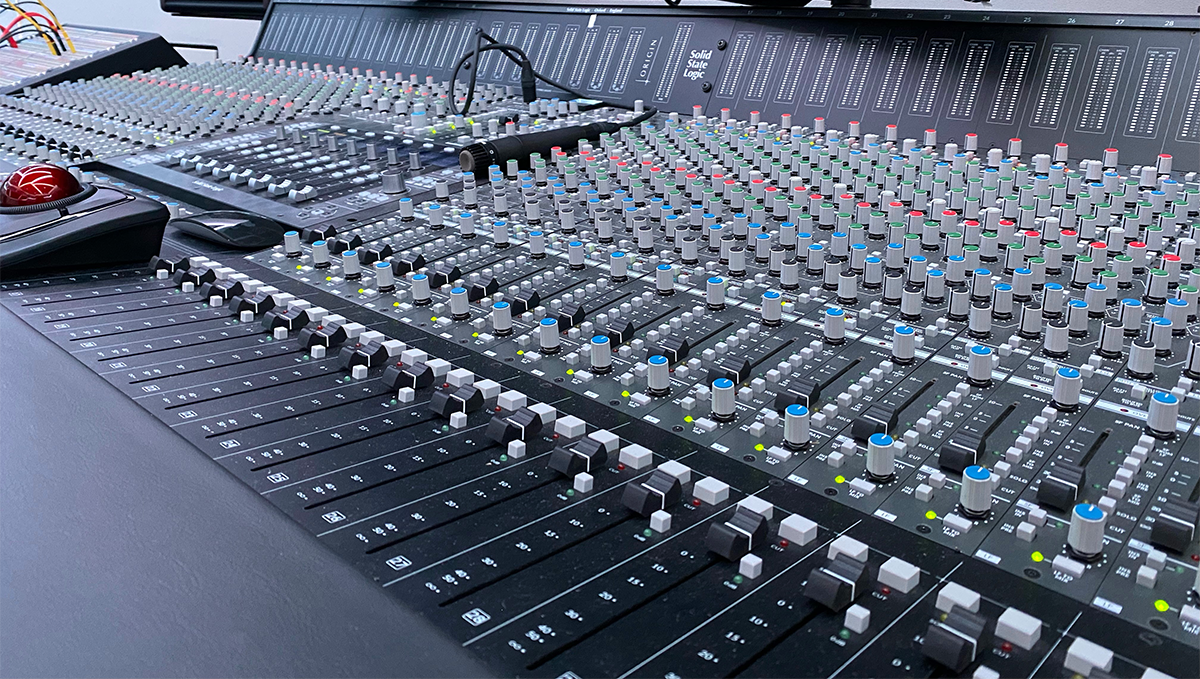 Going 'up a notch' with the SSL UF8 controller

Further, he says, “I have the SSL UF8 DAW controller in my ORIGIN. That takes it up another notch.” The combination of the console and the controller fits perfectly into today’s hybrid music production workflows. “You have the analog audio, but you can literally recall something up in the workstation," he says. “I very much appreciate the UF8.”

Einnor’s new ORIGIN has been up and running for barely a month, Jackson report that the A1 room is already booked out for a month. “I’m in there whenever I get a chance,” he says, noting that he managed to find a gap in the booking schedule and work in the room just the previous day. “It was great; you really can hear a difference between the console in the A2 room and the SSL. The ORIGIN is starting to become a preference for the engineers, based on the singer they’re going to work with, and which console they feel is going to be the best for their project. But even in the A2 room I have SSL compressors and EQs.” 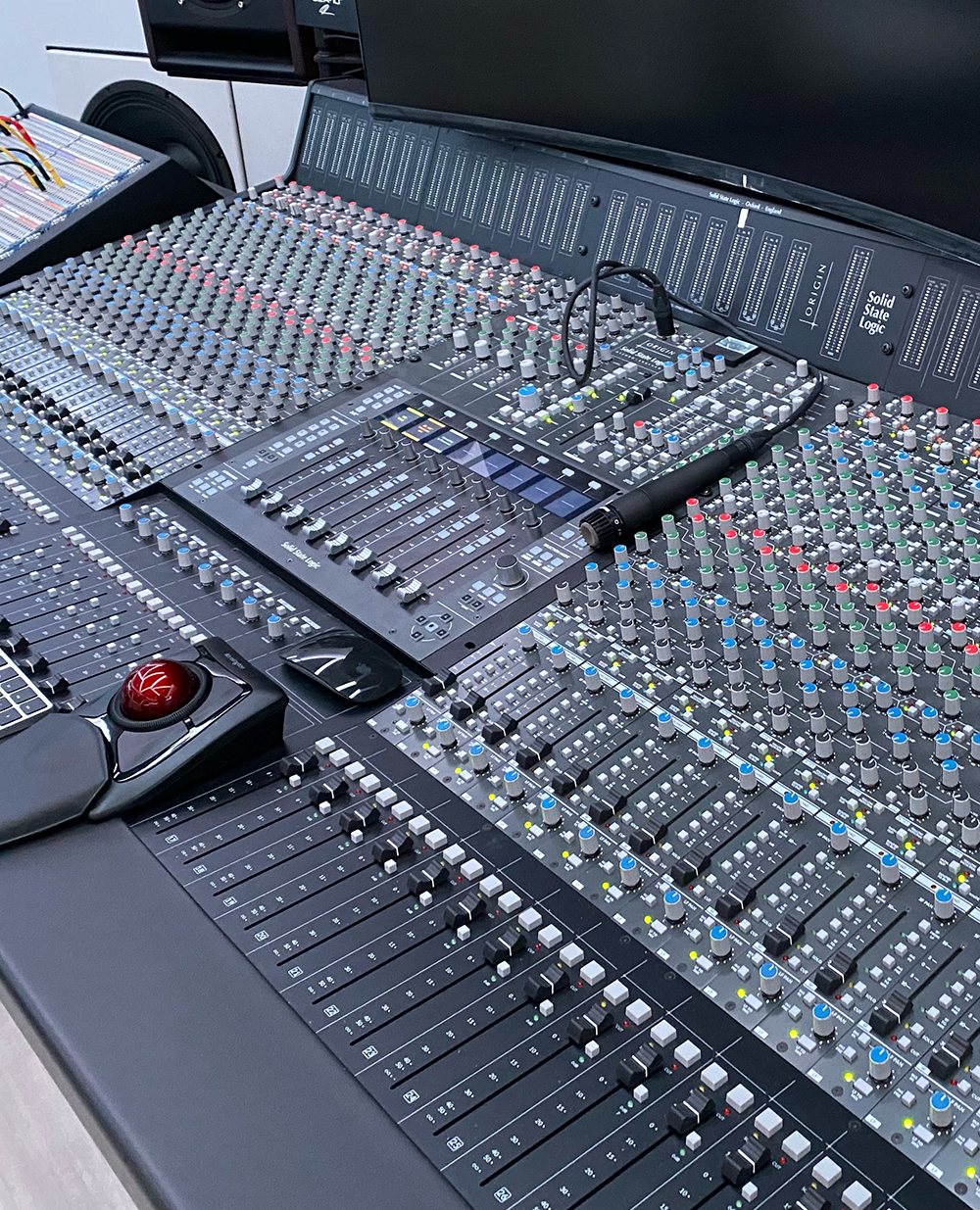 Three music production B rooms are also very close to completion, Jackson says. “I’m putting a lot of money into each computer, so every room will be just as powerful as any other.” In addition to the five music rooms, once the Einnor complex is fully completed it will also encompass a variety of shooting stages for video production, edit bays and rehearsal facilities. “Everything is moving along fast,” he reports.

“The gym is done and operational, so people can work out. They can take showers, and there’s a steam room and a sauna,” he further reports. The Einnor facility has a liquor license and also offers a butler service. “I wanted to have the same services as a St. Regis or Ritz-Carlton hotel,” he explains.

The two large A control rooms and smaller B production suites are networked together over Dante. Because the live room attached to the A2 room offers more space, Jackson says, the network enables anyone working upstairs at A1’s ORIGIN console to cut drums in A2’s tracking room on the floor below. “So the SSL will have the capability to access and be used in every room, thanks to Dante,” he says.

“I could even have two different sessions going on, using the same board,” he suggests. “Even if there’s a session going on in A1, I can still use x amount of channels to cut drums downstairs and it won’t interfere with the session.” 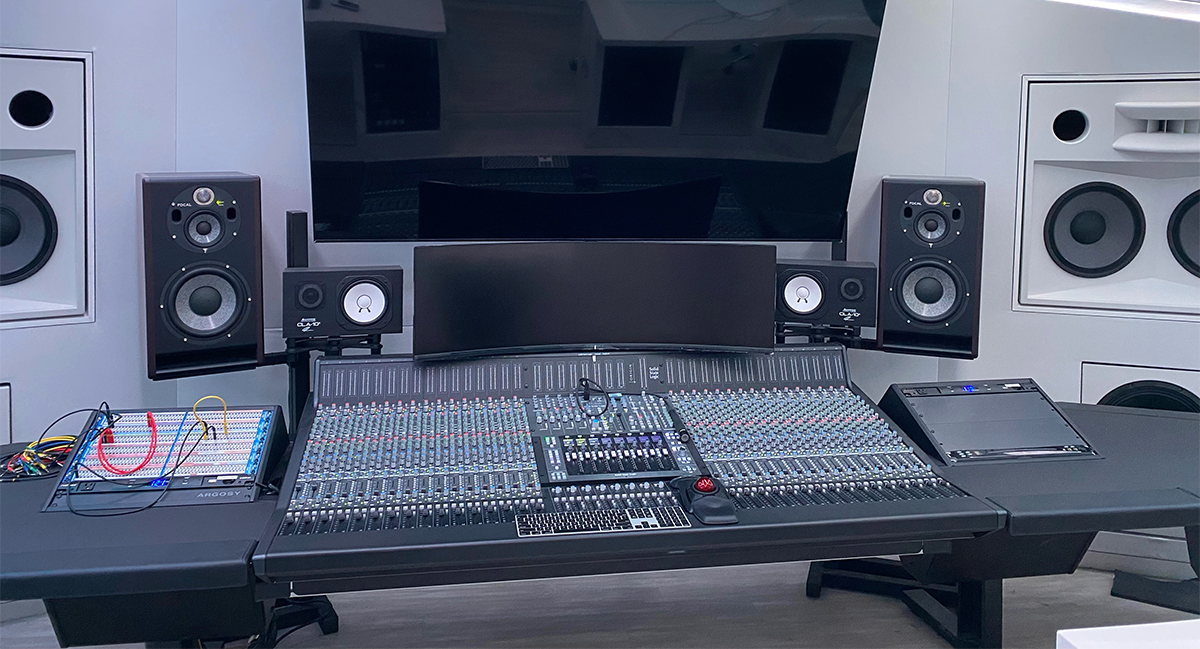 The visual power of an SSL console in the control room should also not be understated, Jackson says. The ORIGIN in A1 is especially impressive, having been fitted with 19-inch bays to either side, for an onboard patchbay and convenient access to the most-used outboard equipment. “The way I’ve designed the desk, it looks like a 64-channel version,” he says.

Jackson was born in Kansas City, MO and over the years has worked in both Atlanta and Los Angeles, including with the L.A.-based Underdogs production team of Harvey Mason, Jr. and Damon Thomas (who is also from Kansas City), as well as with Jermaine Dupri’s So So Def record label, to which he was signed. Over the years he has built an impressive list of clients and hits, working with Queen Naija, Mary J. Blige, 2 Chainz, T.I., T-Pain, Britney Spears, Tyrese, K. Michelle, Ludacris, Ciara and Usher.

Jackson’s challenge now, he says, is finding time for his own projects in the production facility that he’s built, as the Einnor calendar fills up with outside bookings: “The current joke is, ‘You built this amazing studio — so where are you going to work?’ 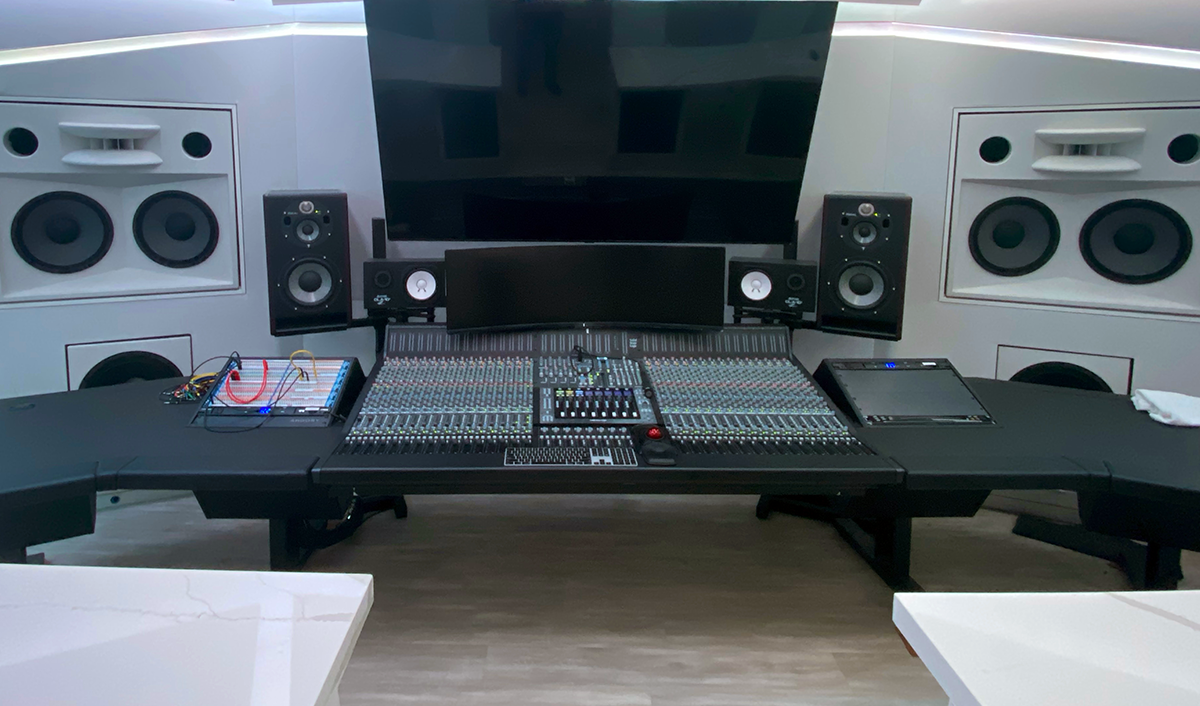