"Being able to swap out dynamics, EQ and filter insert order on any channel strip, individually or at once, is a dream.”

Charlotte, North Carolina, JANUARY 13, 2022 — In the 10 years since releasing its debut studio album, Grammy-nominated Elevation Worship, the worship ministry of Charlotte, North Carolina-based Elevation Church, has topped Billboard’s Christian and Gospel charts on multiple occasions and has picked up armloads of Billboard Music and GMA Dove Awards. Now, with the completion of Elevation Church’s new music production facility, featuring a 48-channel Solid State Logic Duality Delta SuperAnalogueTM mixing console in the main control room, the band has a home base from which to continue to spread its message. 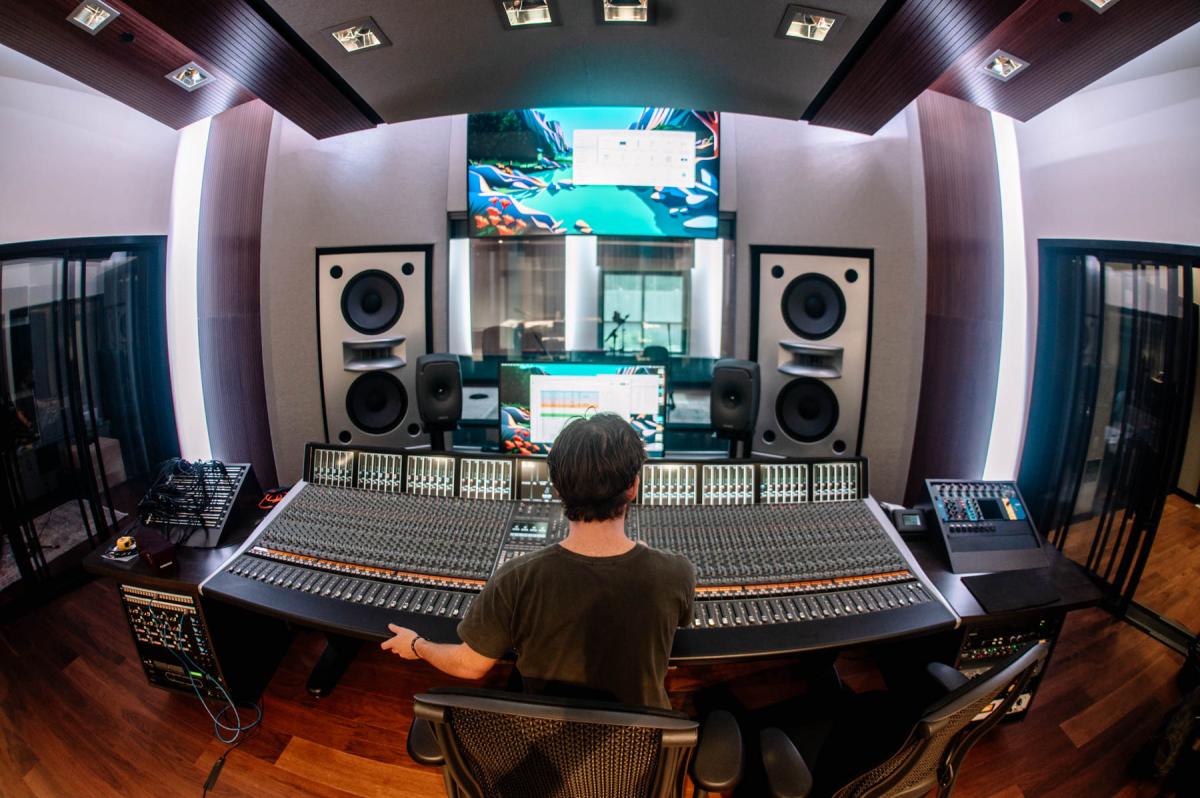 “Over the last few years, Elevation Worship has carved out its own space in the Christian Music industry,” says engineer and producer Jonathan Mix, head of the team at the new studio complex. Previously, the church had been renting several rooms at another facility in Charlotte but had outgrown the space. “So we built a studio. WSDG Walters-Storyk Design Group did the design work. I gave them details of the studio that I’d dreamed of, told them the gear we wanted to have and the gear we already had, and they put it all on paper and made sure it sounded good. We finished the studio in mid-September, which is when we started recording, and we’ve been going hard ever since,” Mix says.

Versatility in a hybrid workflow

Having previously worked on an SSL console, Mix soon narrowed down the choice of desk for the new studio. “The Duality just felt like the best fit for what we do. I love how versatile it is and love the hybrid workflow,” he says. SSL’s δelta-Control software layers DAW control and integration onto the console’s traditional analogue path and signal processing. “Utilizing the hybrid side is super fun and very intuitive. I love that you have that control. We’re doing so much in-the-box, but I wanted to be able to use the mixing console’s faders to control Pro Tools and Logic,” he says, rather than opting for a control surface alternative.

“Once you get to grips with the layout it’s amazing how fast it goes, “he adds. “You can select as many channels as you want in the center section and configure it however you want. Being able to swap out dynamic EQ and filter insert order on any channel strip, individually or at once, is a dream.”

The new facility also includes two DAW-based rooms with patchable outboard gear. “The A room is a traditional tracking room with an SSL console and Augspurger monitors in the walls, so it’s nice and loud,” he says. “With the Duality, everything is so seamlessly normalized from panels to patchbay to console, straight into the Avid MTRX boxes and Pro Tools. The Duality’s mic preamps sound great and the SSL EQs on every channel are game changing for me. That’s my favorite EQ on a console by far. We supplement it with some outboard gear, just for taste, but I love having those EQs on every channel. Plus, it’s a console that can get serviced; it’s not a 50-year-old console where, if it breaks, who knows if it will ever work again,” he says. “All of those things led me to decide to go with the Duality,” Mix says. “It checked all the boxes.” 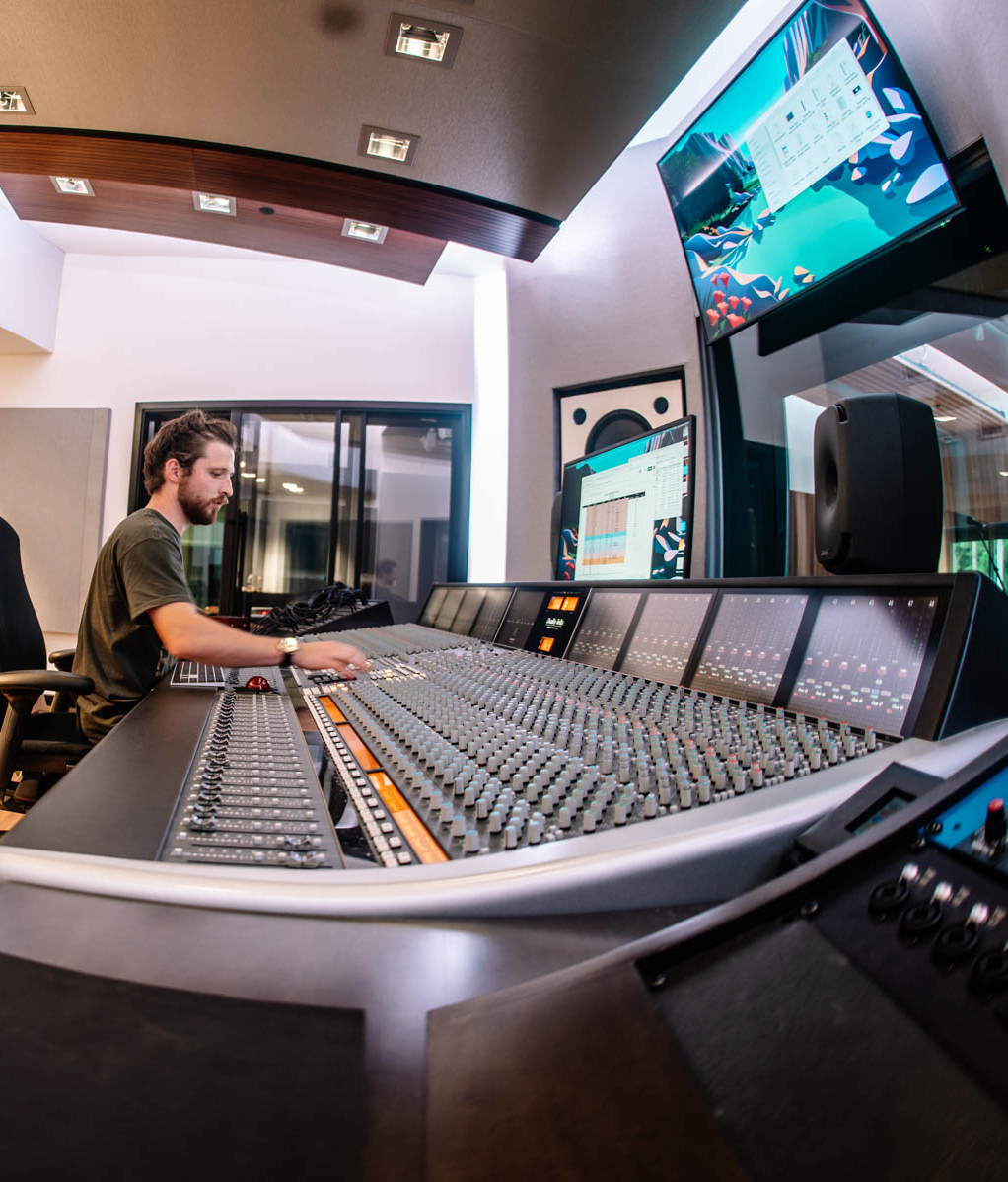 At the beginning of 2021, “Graves into Gardens,” the title track from Elevation Worship’s sixth album, simultaneously topped Billboard’s Hot Christian Songs and Christian Airplay charts. The band’s latest album, Old Church Basement, released in late April 2021, is a collaboration with Atlanta-based Maverick City Music. The album reached No. 1 on both the Billboard Christian and Gospel albums charts upon release and has generated nine Top Ten singles. Elevation Worship and Maverick City Music were recently nominated for three Grammy Awards, for the album and for the songs “Wait on You” and “Jireh.”

The new production facility is shared by Elevation Worship and Elevation Rhythm, the ministry’s youth band. “They put out albums and do streaming and are in here all the time. But the primary goal for this studio is to put out Elevation Worship albums. We’re not in a position to book the space commercially, but we have lots of friends in our niche that have come in to work on their projects. When we can, we love helping people out,” Mix says. 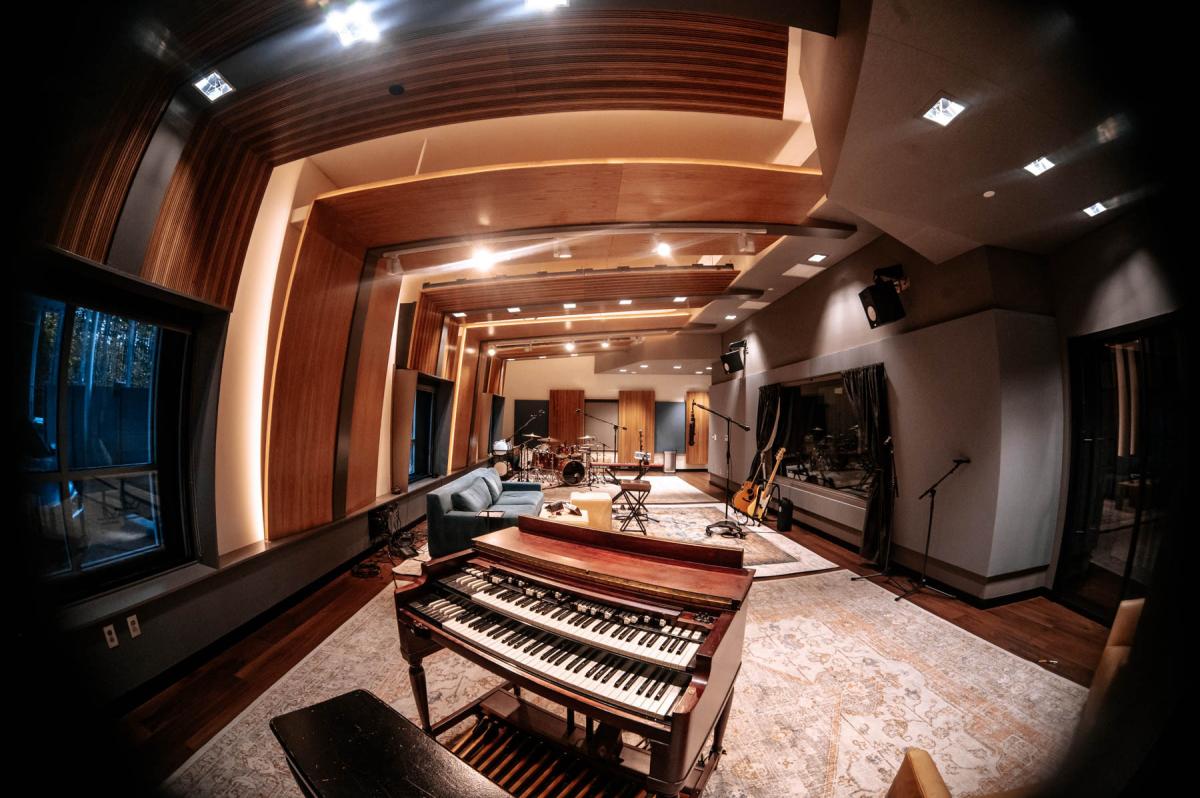 Typically, he says, “They’ll write a song on acoustic guitar, then the next day they’ll get the full band in and work on it. That’s one of the reasons we put a console in one of the rooms. We needed a really high-functioning, easy to use, quick space. Having the ability to put together a mix on the spot with the Duality with like-sounding mic pre’s and the SSL bus compressor is game changing. I can walk out of the session with a balanced mix that sounds great. For what we do it has just made it so much easier.”

Mix learned on an SSL 4000 series while attending SUNY Fredonia’s Sound Recording Technology program, which is headed by Grammy-winning engineer and associate professor Bernd Gottinger. “There’s something about getting everybody in a room and just doing it,” Mix says. “Once every two weeks we’ve got a band in here tracking 40-input sessions; I didn’t realize how much I missed that.”

Elevation Worship was nominated for its first American Music Award this year, in the Favorite Inspirational Artist category.

A lot of Elevation Worship’s music begins with a live performance. “We’ll have a night of music at the church and record it all. Then we’ll bring that back to the studio and clean it all up and make it feel like a great live record. We had two live records, one in June and one in October, that we’re sending to mix soon. That will come out early next year,” Mix reports. 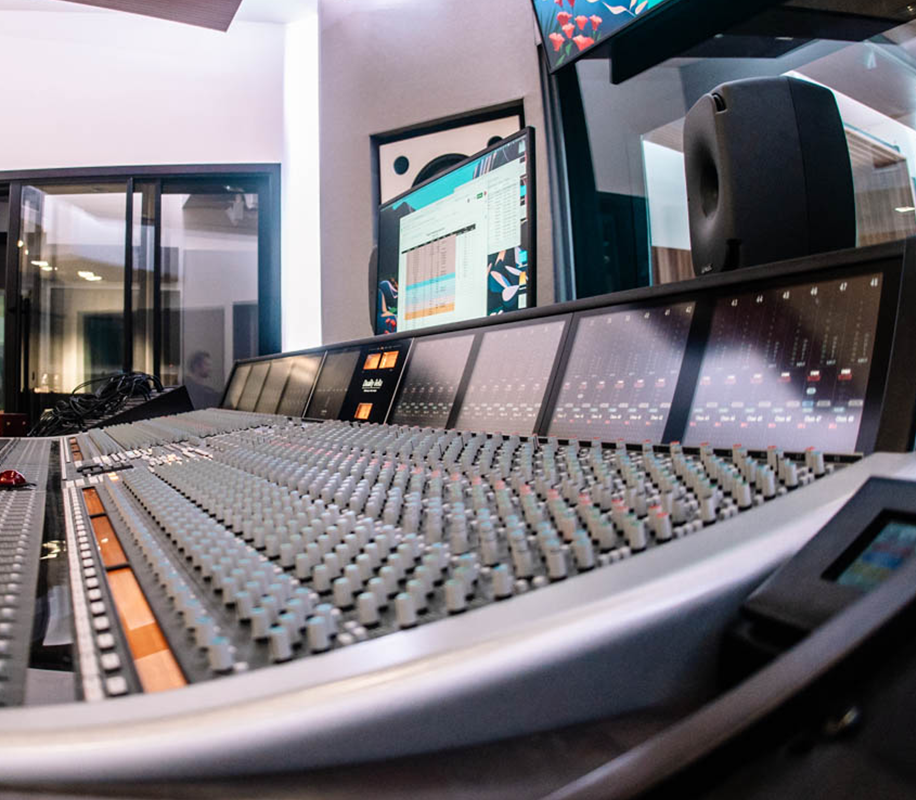 Elevation Church, a multi-site Baptist Evangelical megachurch led by pastor Steven Furtick, has 18 locations throughout the southeastern U.S. plus a campus in Toronto, Canada. “We do an online presentation of our service. Our online viewership is 100,000 on a Sunday morning and with all the views throughout the week after, up to one million people watch this service. So we put a lot of work into that.” 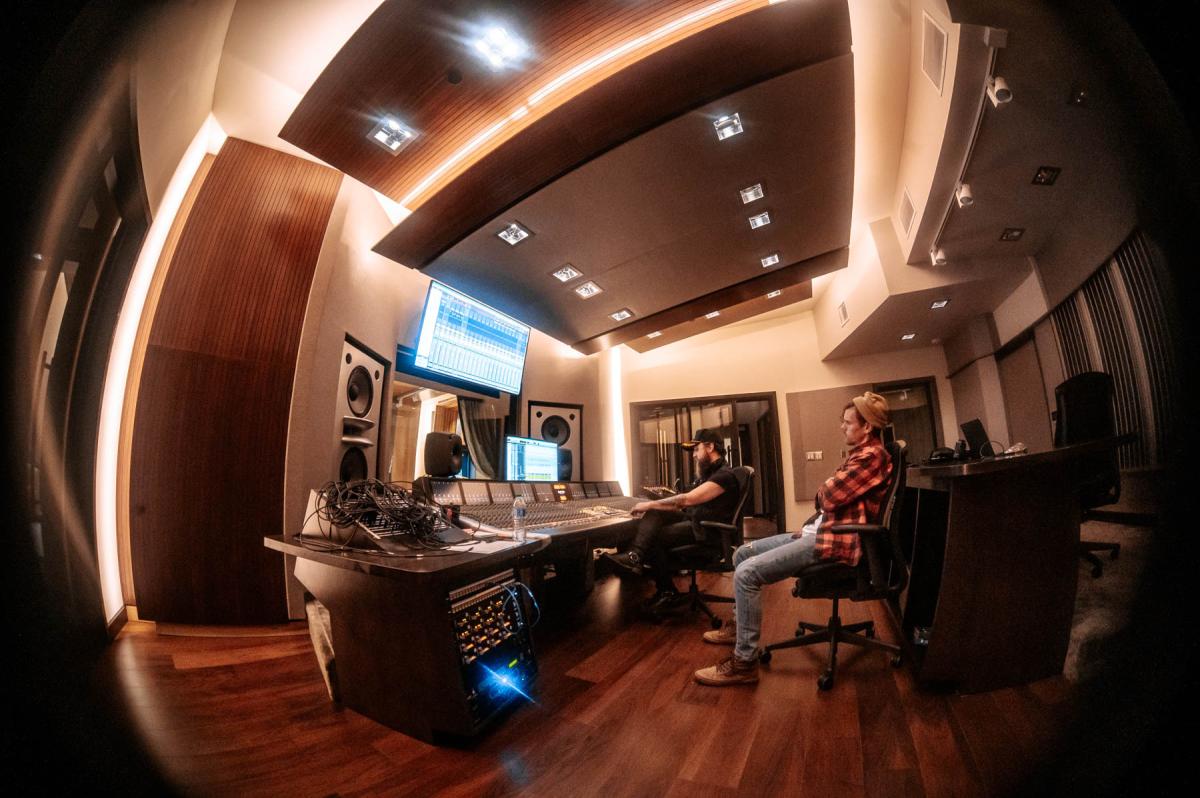