“I like the sound quality of the SSL Live,” Ebdon says. “I always say it’s like an analog console with a save button. There are some really cool features on that board, and I find that the SSL has a lot more depth to the stereo bus. The overall mix bus sounds just different to everything else.”

The Freedom Experience concert was attended by the more than 20,000 volunteers from across Southern California who mobilized for the week to organize city beautification projects, back-to-school events, free medical clinics, homeless assistance and aid distribution. It took place at SoFi Stadium in Inglewood, California, the new home of the NFL’s Los Angeles Rams and Los Angeles Chargers football teams, and also featured Tori Kelly, Chance the Rapper and Jaden Smith. 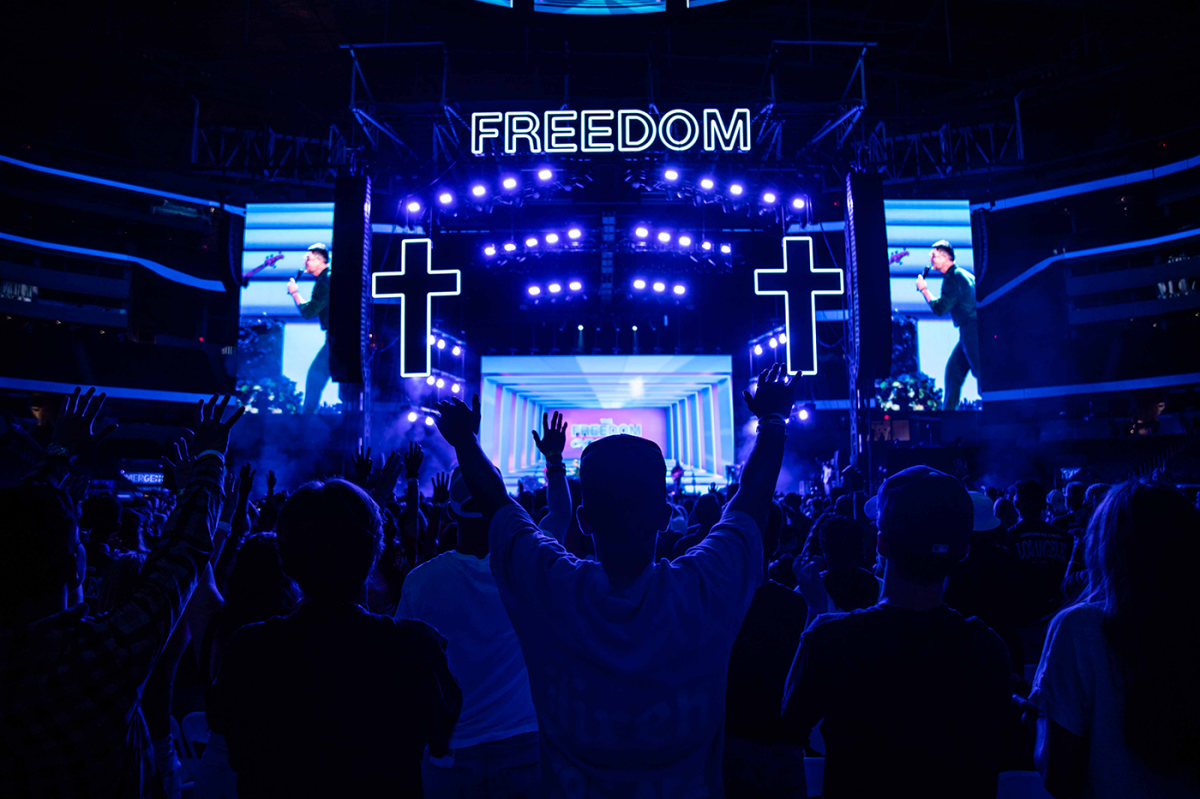 Adding Fusion to the mix

Ebdon also mixed the entire Freedom Experience concert for streaming on the 1DayLA.com website beginning the following week using the L550 console. “I took the front-of-house setup back to my studio at home and did a remix of the whole thing, tidied it up a bit and added in the audience mics to make it sound like a live concert. It was exactly the same gear—so the SSL Live is great for that, as well,” he says.

Having added an SSL Fusion stereo analog color processor to the Live L550 console, Ebdon says that he has been able to eliminate an outboard compressor that he has traditionally used on his mix bus. “I find on the SSL that I don’t need that compressor at all. There’s something within the console that is doing everything, or giving me the impression that it’s doing everything, that the other compressor would do, so I tend to bypass it. The Fusion really glues the mix together. I’m only using it very lightly, and only half of it—the input and output stage—but it makes the mix nice to listen to.” 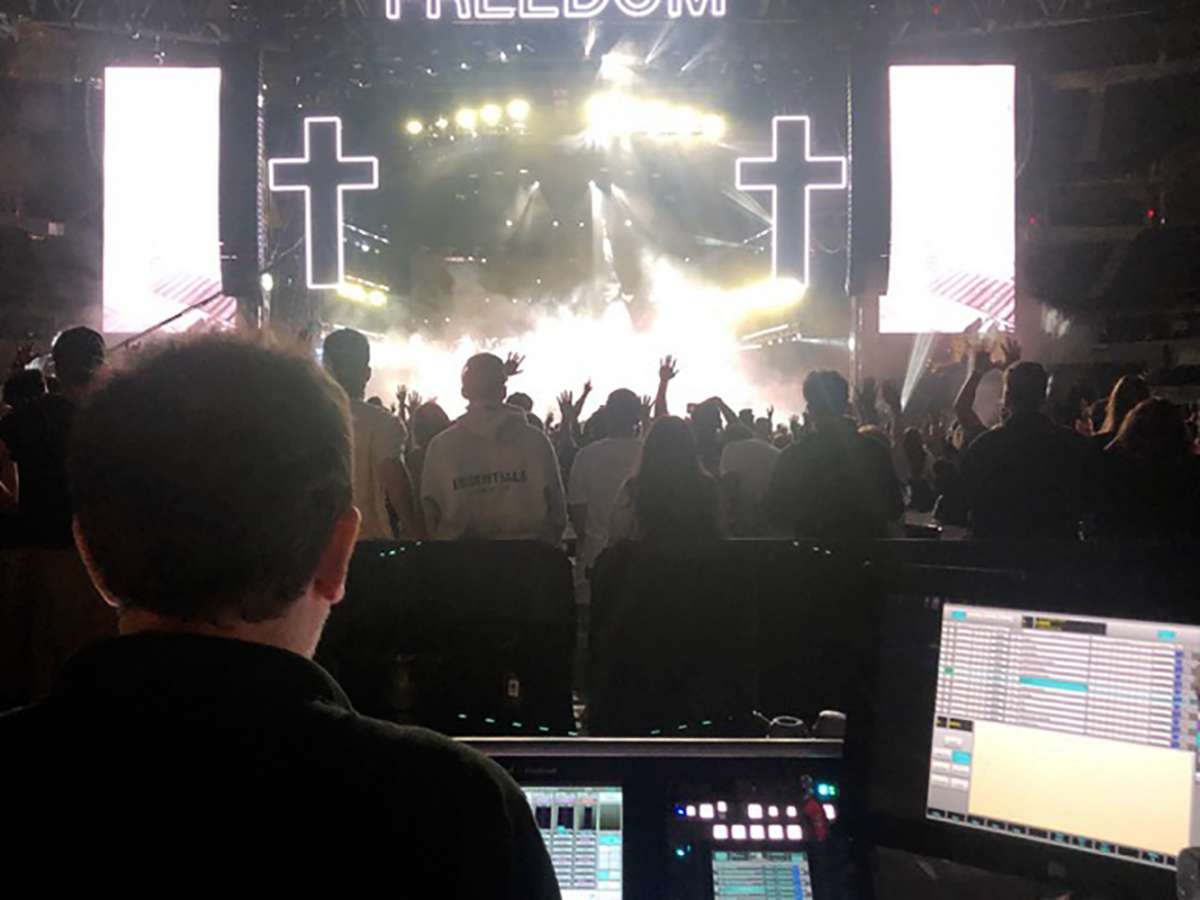 The Freedom Experience was the first large-scale show for Ebdon since he started working with Bieber in late 2020. “We’ve done a lot of live streams, a few club shows and a theater show in Las Vegas,” he says. “So it was nice to go out and mix a big gig.” Bieber has announced that his 52-date Justice World Tour of North American arenas, rescheduled due to the coronavirus pandemic, will now kick off on February 18, 2022, in San Diego.

Ebdon is handling around 72 inputs from Bieber, his band and some Pro Tools playback elements, he says. “Plus, nowadays, every band member has a talkback, a whole network of talkback systems going to different places, so that takes up a ton of inputs as well.” 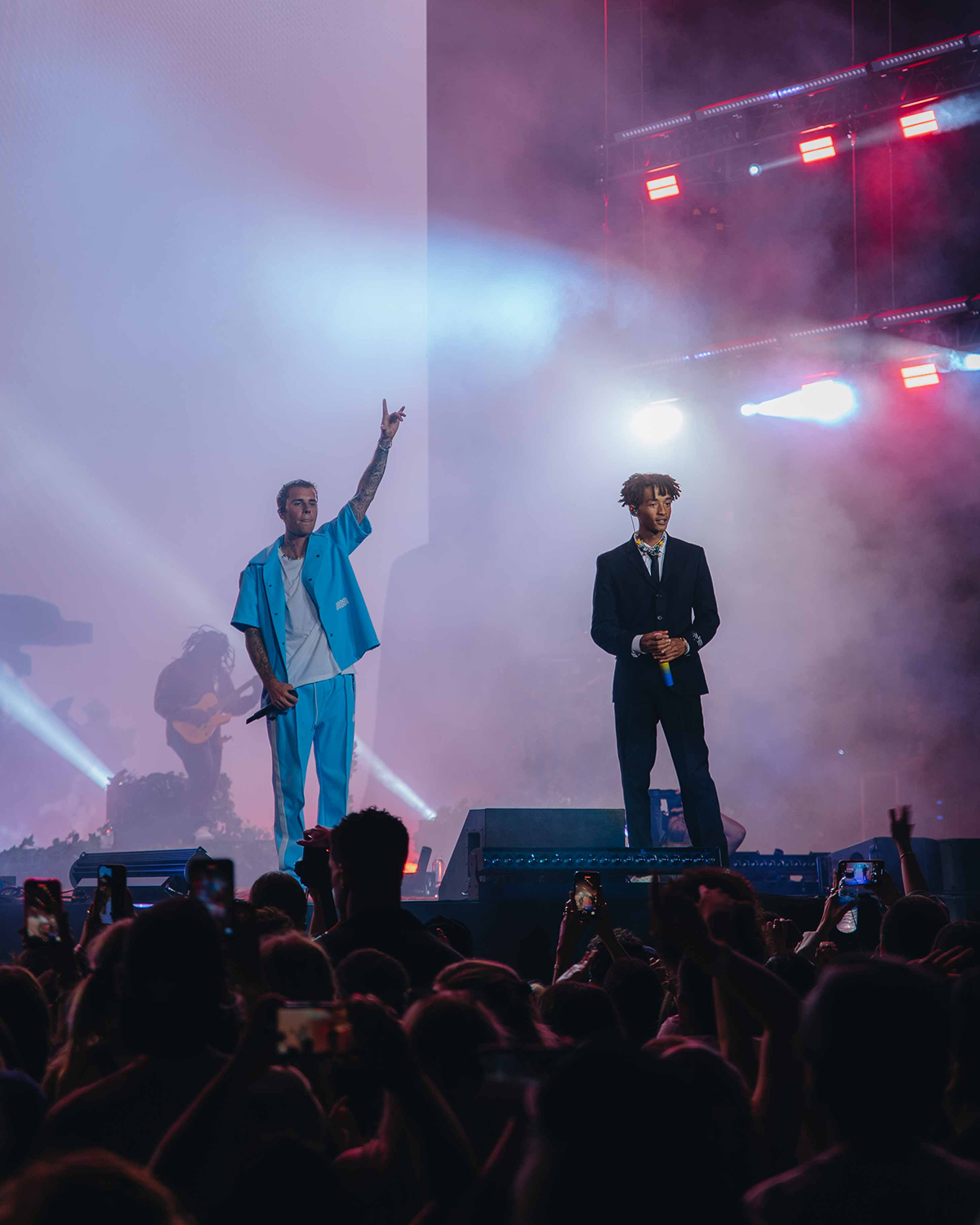