"With the UC1, that muscle memory of using the real large format consoles was all there, and easily tied into using the controller.....it makes my mixing faster"

Los Angeles, CA, October 12, 2021 — As a seven-time Grammy winner who has worked in top commercial facilities with the likes of Michael Jackson, Mariah Carey, Metallica and more recently the late Chick Corea, Brian Vibberts now does the vast majority of work out of his personal hybrid studio just outside LA. His path to become 'The Man with the Golden Ears' began in the early '90s, where he cut his teeth on a host of state-of-the-art, large-format recording consoles at legendary studios like Right Track, The Hit Factory and Record One, among others. Over the course of his journey, Vibberts became intimately familiar with several classic SSL consoles, including the 4000, 6000, 8000 and 9000 series desks.

This depth of tactile, hands-on experience and production knowledge acquired over three decades has given Vibberts a fully-formed perspective when it comes to identifying the key building blocks necessary for his own hybrid studio. The most recent additions to his production toolkit include an SSL UC1 plug-in controller, along with several SSL Native plug-ins. The UC1 controller, whose tactile functions and ergonomics carry the DNA of the SSL consoles he's worked on in the past, has become an indispensable element in Vibberts' mixing workflow. 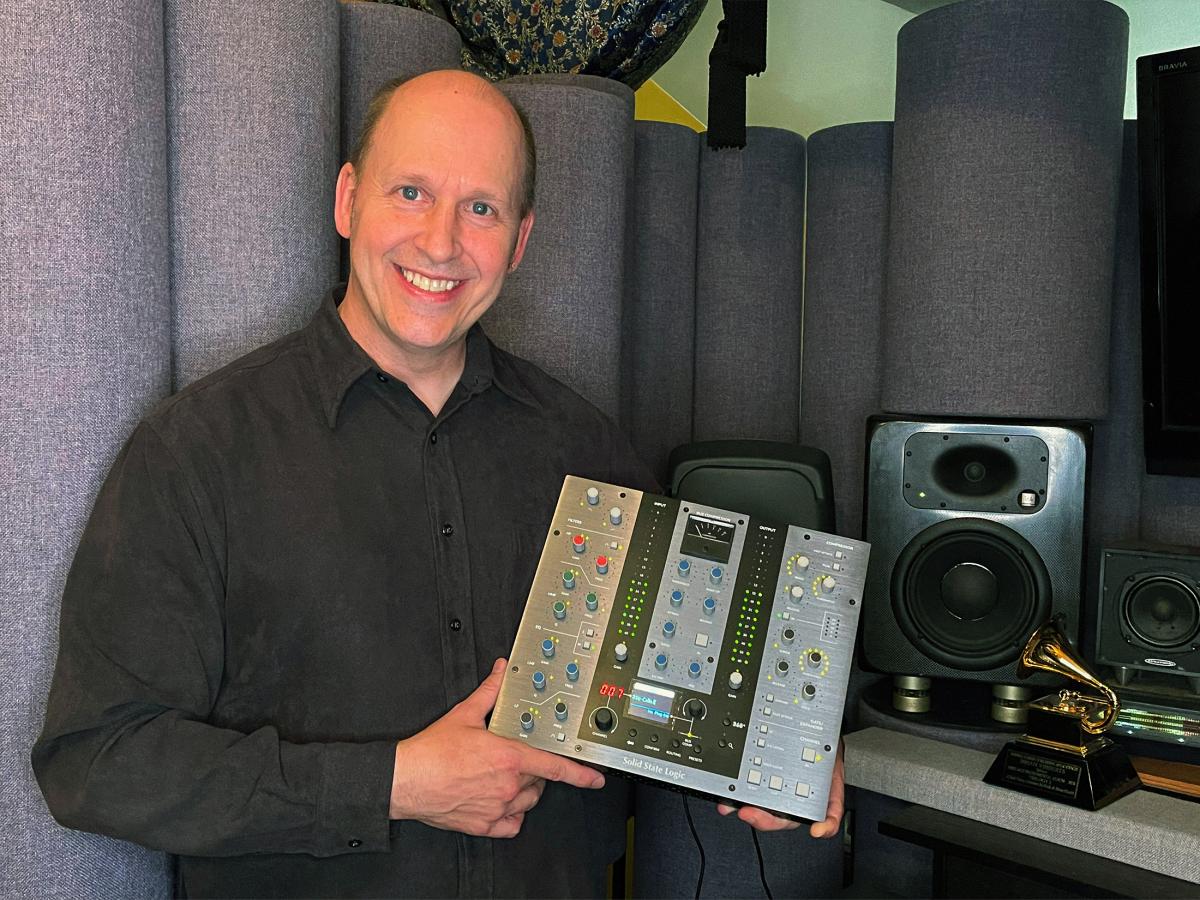 "I’ve used a lot of different consoles throughout my career," says Vibberts. "I’ve been working on SSL’s since 1991, and have worked with the SSL 4000, the 6000, the 8000 and the 9000 series and Duality consoles. With the UC1, that muscle memory of using the real large format consoles was all there, and easily tied into using the controller. It was like, 'Oh, OK, it’s just like on the console'."

Vibberts acquired the UC1 because of its powerful functionality and positive feedback he was hearing from friends and peers. So far, his experience has been positive: "The knobs don't feel cheap and the controls are laid out in an intuitive fashion. For instance, when I am using a large console, I can just feel my way around the buttons and don't have to think about it too much. Similarly, with the UC1, I already know where the buttons are," he says. 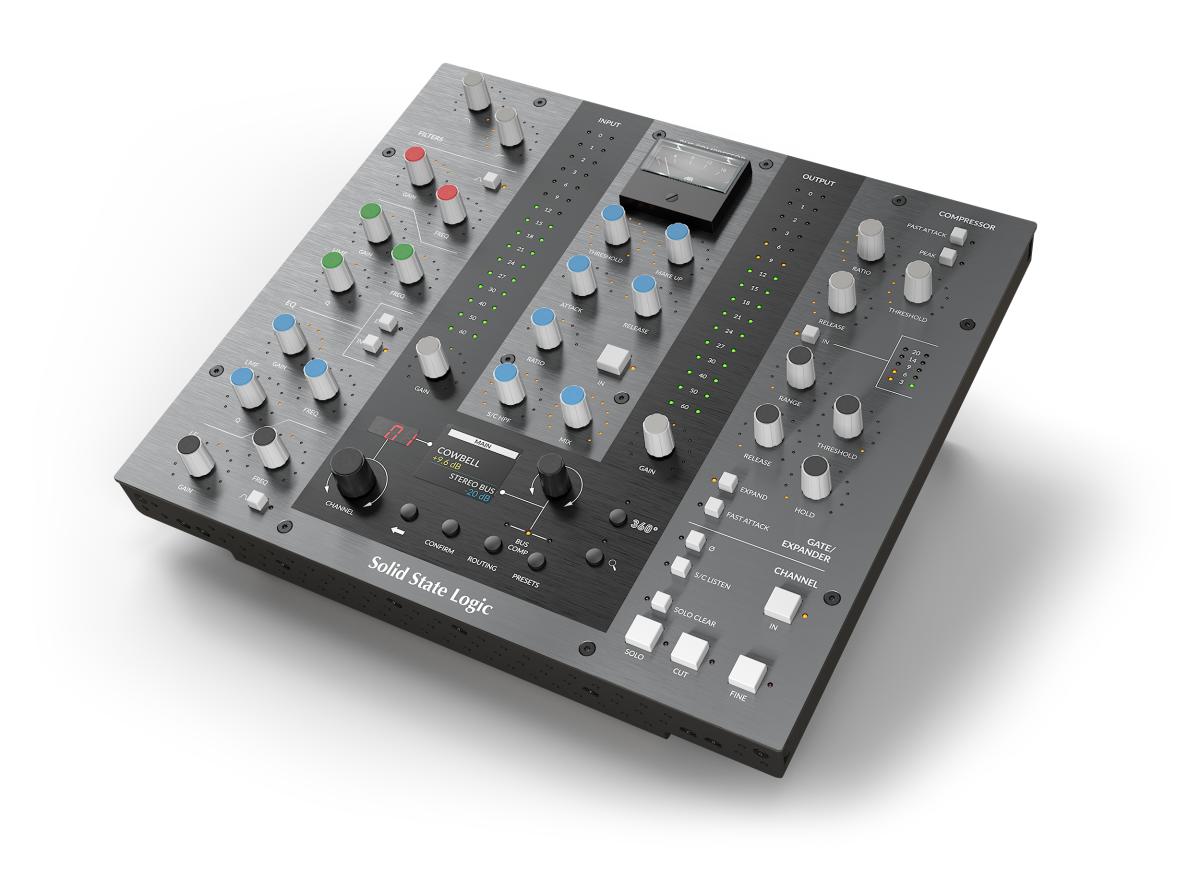 "Having the ability to flip through the channels using the rotary knob makes it really easy when I am working on a larger session," he continues. "I can easily navigate through tracks by looking at the hi-res display if something needs to be changed. The display is awesome, and I can clearly read 'Kick In', Guitar 3, or whatever the track is listed as."

The only channel strip you need

While Vibberts is familiar with dozens of plug-ins from a plethora of different manufacturers, he is consistently drawn to the SSL Native Channel Strip 2 and Bus Compressor 2 plug-ins, both of which are included with the UC1. "The UC1 is great because I am mostly using the Channel Strip 2 Plug-in, particularly on things like drums, percussion, keyboards, and sometimes the vocal. It has everything I need: the EQ, the dynamics, and the built-in buss compressor in the middle of the controller."

In addition to using the SSL Native Channel Strip 2 and Bus Compressor 2 in conjunction with the UC1 controller, Vibberts frequently uses other SSL Native plug-ins, including the X-EQ 2, which allows him to dial in and get surgical with specific frequencies, as well as the X-Saturator, which he uses primarily on keyboards and bass to help these instruments pop out in the mix. Another favorite is the SSL Drumstrip: "After trying the plug-in demos for about a day, I decided I had to have these, and I’ve been using them in every mix ever since," he says. "The SSL plug-ins are just outstanding and far superior than the other emulations out there, and just have this nice open sound."

Vibberts says that SSL's decades-long experience in designing world-class recording consoles imparts a certain authenticity that simply cannot be imitated: "That’s where having it really be specific to what I already know with SSL plug-ins is a huge advantage," he says. "Since SSL designed the actual consoles, they can design plug-ins and a control surface so much better. I am now using more SSL Native plug-ins because they are so easy to use and I get a great sound." 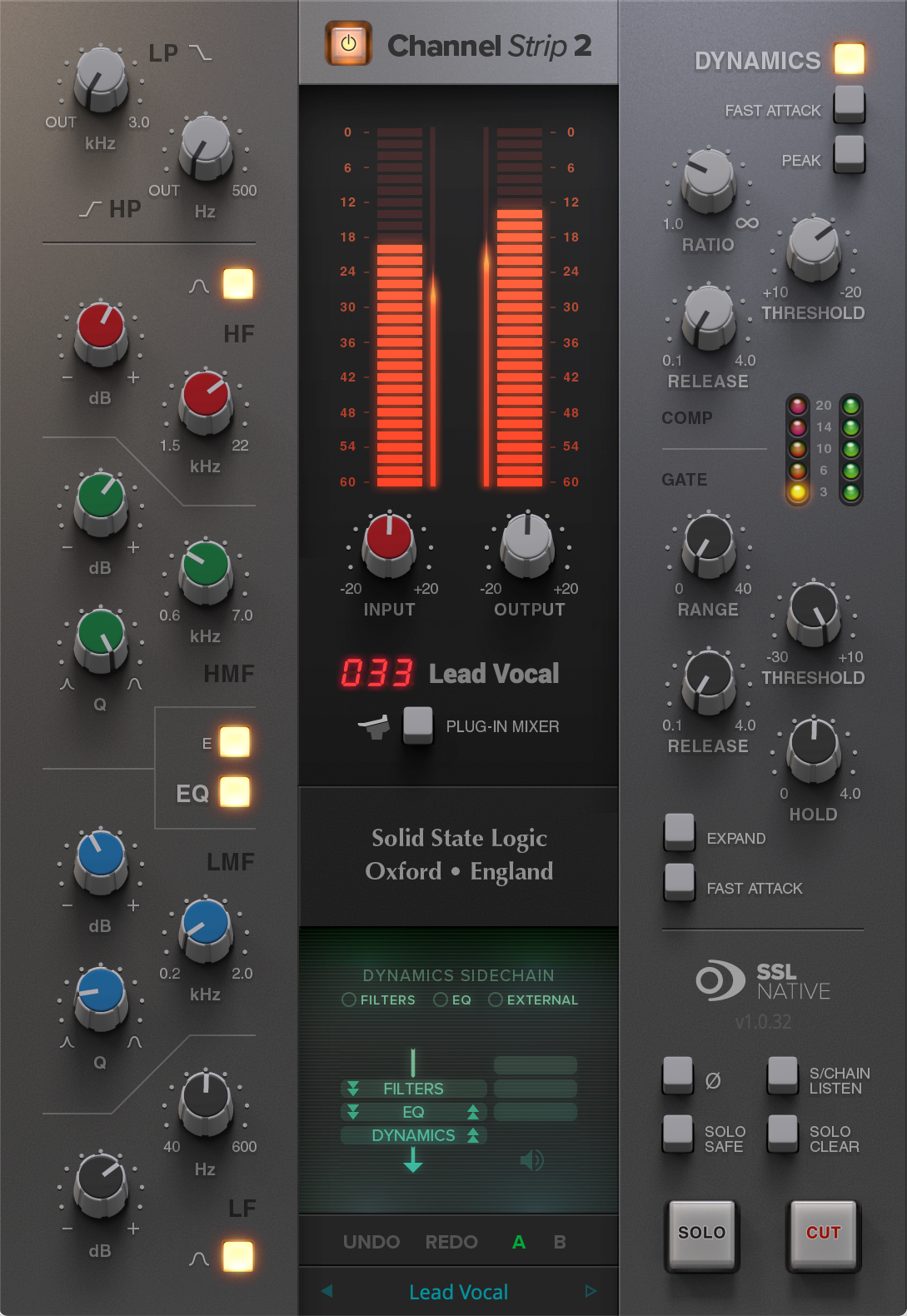