"We all fell in love with it, and now we can’t take our fingers off this board.”

Tampa, Florida, November xx, 2021 — While many production facilities nationwide saw bookings decline during the COVID-19 pandemic, Alex “Mixedbylex” Romero substantially increased his business at his Grand Bay Recording Studios in Tampa, Florida. After months of 18-hour days and a string of Gold and Platinum singles, Romero upgraded his main room with a Solid State Logic ORIGIN analog console. He has now also acquired a new building where he will soon open a larger, multi-room facility that will additionally house  number of SSL hybrid production tools including SiX SuperAnalogue™ desktop mixer.

Romero, who started getting interested in audio from a very young age had long dreamed of owning his own studio and, in early 2018, after years of working as a freelance engineer at two Tampa facilities, he designed and built Grand Bay’s first room. “I grabbed two other guys, good friends of mine, trained them how to do engineering, and we just started kicking ass. Every day was a 12-hour day. Then we built a second room, because we were losing clients, because we didn’t have the time available with just one room, and we brought in another engineer.” 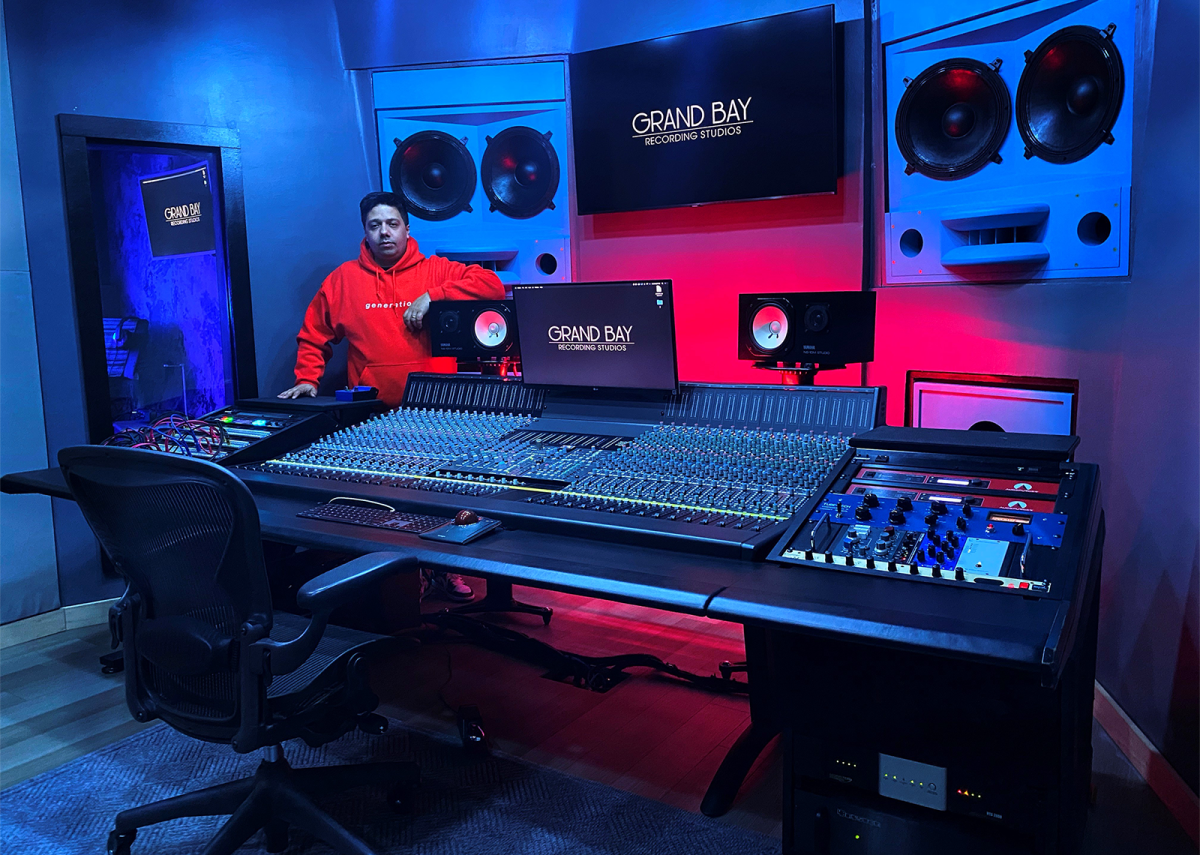 When COVID-19 hit, after an initial slowdown in bookings, artists began flocking to Grand Bay, Romero reports. With the boost in revenue, “We said, ‘We should upgrade and get an SSL board.’ So we talked to Mike Picotte, who’s been a friend of mine for 15 years and is a sales engineer at Sweetwater, and we bought the ORIGIN,” he says. “We noticed a change in the sonics in the room right away. We all fell in love with it, and now we can’t take our fingers off this board.”

The clear advantage of ORIGIN

For about four years Romero had worked on G Series and E Series desks at a previous studio, where he brought in clients such as 10K Projects, Lil Yachty and Machine Gun Kelly. He had long dreamed of owning a large-format SSL desk, and while ORIGIN’s analog circuitry shares a lineage with the 4000 series consoles, the new desk has one clear advantage over those older classics, he says.

“The biggest difference to me is the reliability. Those old consoles had a sound, but there’s also a frustration that comes with them,” he says. “Now, I wake up, come to the studio and turn the ORIGIN on, and I have no doubts that when I hit the center section Mix button it will work. But I’m glad I got to experience those years with the old consoles, because it makes me appreciate the ORIGIN so much more.”

Reliability is important for Grand Bay, which has built a reputation among its core hip-hop and R&B clientele for well-run sessions and high-quality productions. The ORIGIN console and the SSL brand certainly instill confidence in the artists who come to work at the studio, but those clients also don’t want the equipment to get in the way of their flow when inspiration hits, Romero says. “Especially in the genres that we record in, everything is so post-production heavy, so you’ve got to be snappy, as an engineer.”

While working at previous facilities, Romero would often have to pause the session and calibrate the console before certain tasks, he says, or patch around channels that didn’t function properly on the fly. But now, “With the ORIGIN it’s just bam, bam, bam” and the work gets done, he says. 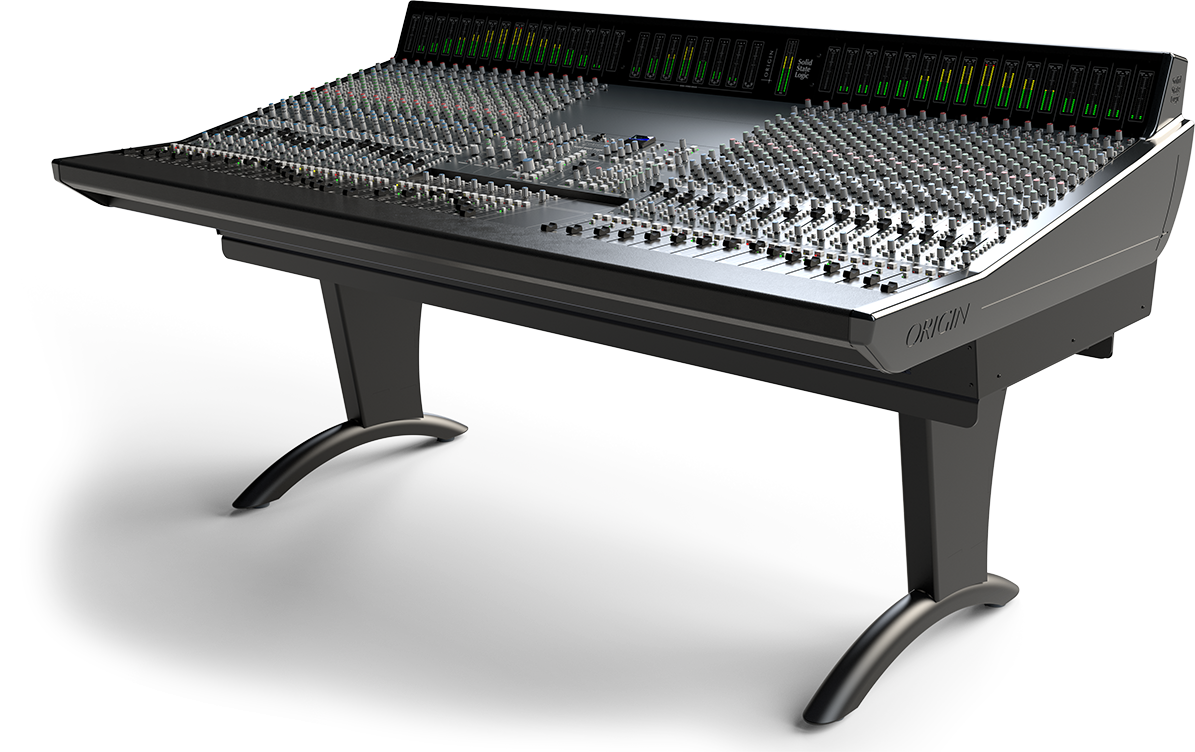 Grand Bay’s Studio 2, which for a time was equipped as a mastering room, is outfitted with a second SSL desk. “I have the SSL SiX with a pair of PMC monitors and we bought a Sony C800 microphone for in there. There’s a 16-input interface and we do a lot of mixing in that room. We have two channels with EQ on the SiX, so sometimes we’ll just put a two-track instrumental through it and add some compression with the SSL stereo bus compressor,” he says.

“People ask which room is better,” he says. “I ask them, ‘Do you want a huge room or something more intimate? Because the quality is the same.’ 10K Projects signed Damian Styles and I did one of his rock records in Studio 2. It came out great.”

In fact, a number of projects produced during the pandemic turned out great, earning Romero and Grand Bay a slew of RIAA-certified disks. “I gained four or five gold records,” he says, including for singles by Internet Money, Larray and Iann Dior. “Somebody,” by Lil Tecca and A Boogie wit da Hoodie, was certified Platinum. “I’m cool with that!” he says. 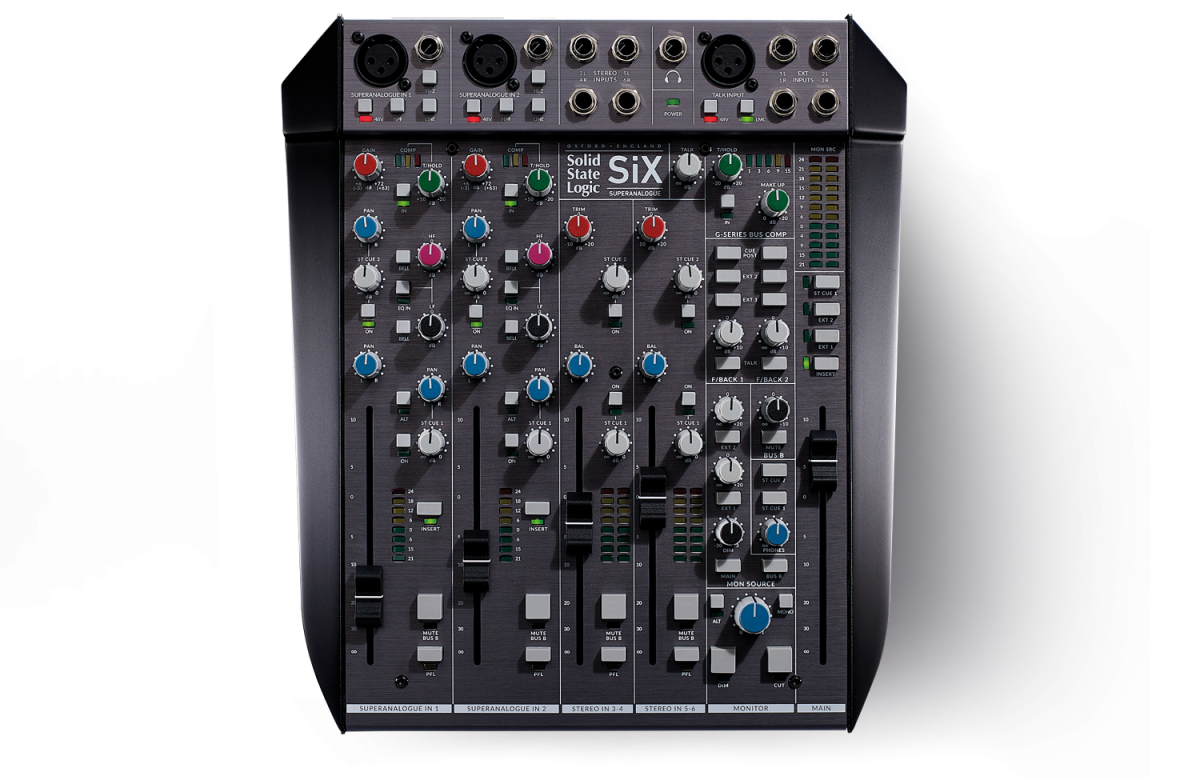 Romero designed his first room while working at Red Lounge Recording Studios in Tampa and designed both rooms at Grand Bay. “If I could hire an acoustician I would, but a lot of it is common sense. I understood how deep the room needed to be and where the reflection points needed to be; I was able to study that. I’m doing the same thing at the new place, but I did ask acoustician George Augspurger to step in, and he designed a set of monitors for us and helped with the front wall dimensions. It was an honor to meet him.” The new two-story facility, which will feature the ORIGIN and SiX, will open in the coming months.