From traditional to contemporary worship services, “The front end, the conversion, the summing and the processing are just better than anything I’ve ever used.”

Houston, Texas, March 25, 2021 — Toward the end of 2020, the new leadership at Houston’s Sagemont Church, which was established in 1966 and is associated with the Southern Baptist Convention, introduced a contemporary worship music service to appeal to a younger congregation. To meet the demands of the new modern service, the church upgraded the aging sound system in its 2,500-seat sanctuary, installing a SSL Live L350 digital mixing console and replacing the PA speakers. 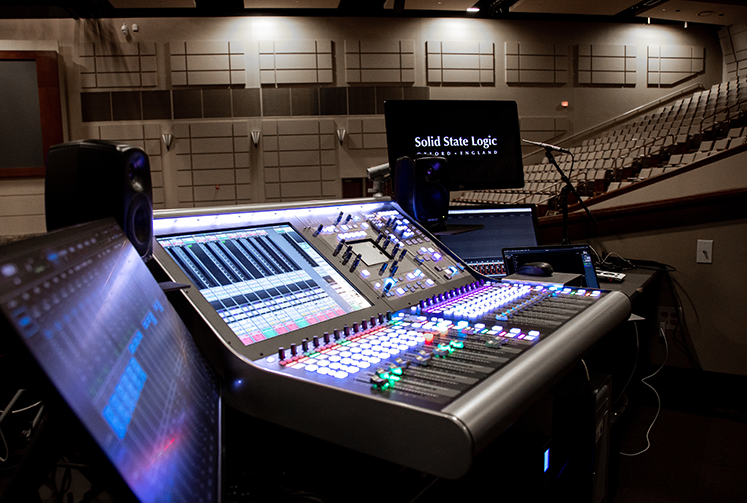 The PA and console installed after the church’s 118,000-square-foot worship center and adult education center was completed in 2012 were no longer up to the task, says Evan Warren, who was appointed lead audio engineer in October 2020. “We have a new pastor, a new worship leader and a whole new direction, and we wanted to do modern contemporary rock ‘n’ roll-style worship music. But our PA and console were pushing 10 years old and falling apart. The faders on our old console were moving on their own and the old PA just wasn’t cutting it.”

Having already spent a lot of time dreaming about equipment as a young engineer, Warren says, it didn’t take him long to narrow down the mixing console choices to an SSL Live L350.


“I thought, what can do the I/O count, what is flexible and, bottom line, what sounds the best? I wanted sound quality to be a high priority, because you don’t get to upgrade a desk and PA at the same time very often.”


AVL equipment supplier and integrator Hairel Enterprises, based in Conroe, Texas, installed the SSL Live desk and the new d&b audiotechnik KSL speaker system all on the same day, shortly after the church’s final Christmas service. 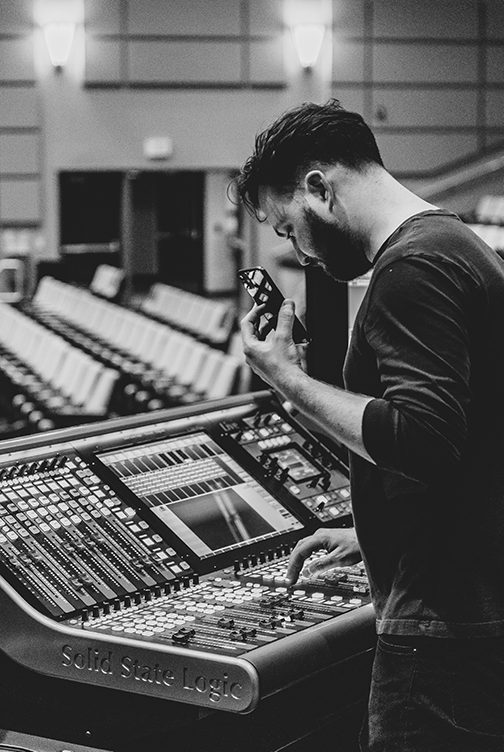 Warren can handle front-of-house, monitors and a broadcast streaming mix from the 24-fader L350, which offers 96 channel preamps. The church’s new system also includes a Fader Tile, a self-contained, 12-fader console extension, acting as a second operator position managing monitor mixes for the band — which can include up to a dozen musicians and singers. “We have a monitor station and we’re running the SSL Live SOLSA app on a PC for the monitor control. But I wanted to be able to run with one engineer if I had to, if the monitor engineer had to step away,” he says.

The improvement in audio quality as a result of the upgrade has had an impact on his mixing, reports Warren.


“The crazy thing is that I don’t need to do a lot of my ‘tricks’ that I’ve used over the years. I’ve stopped parallel compressing vocals and drums. Between the SSL and the d&b rig, everything is so clear, punchy and defined that I don’t need to force things up in the mix anymore; they just have their place.”


The integration of the SSL Live console has also brought a noticeable improvement to the audio quality of the musicians’ in-ear monitors, he adds. “We had a bass player who plays in a regional country band come and fill in and he said it was the best ears he’d ever had.”

At the church where he previously worked, Warren had to rely extensively on plug-ins when mixing. But with SSL Live, he says, the system’s processing sounds so good that he now finds himself using very few plug-ins. “I feel great about just using what’s on the desk. The front end, the conversion, the summing and the processing are just better than anything I’ve ever used.” In particular, he says, 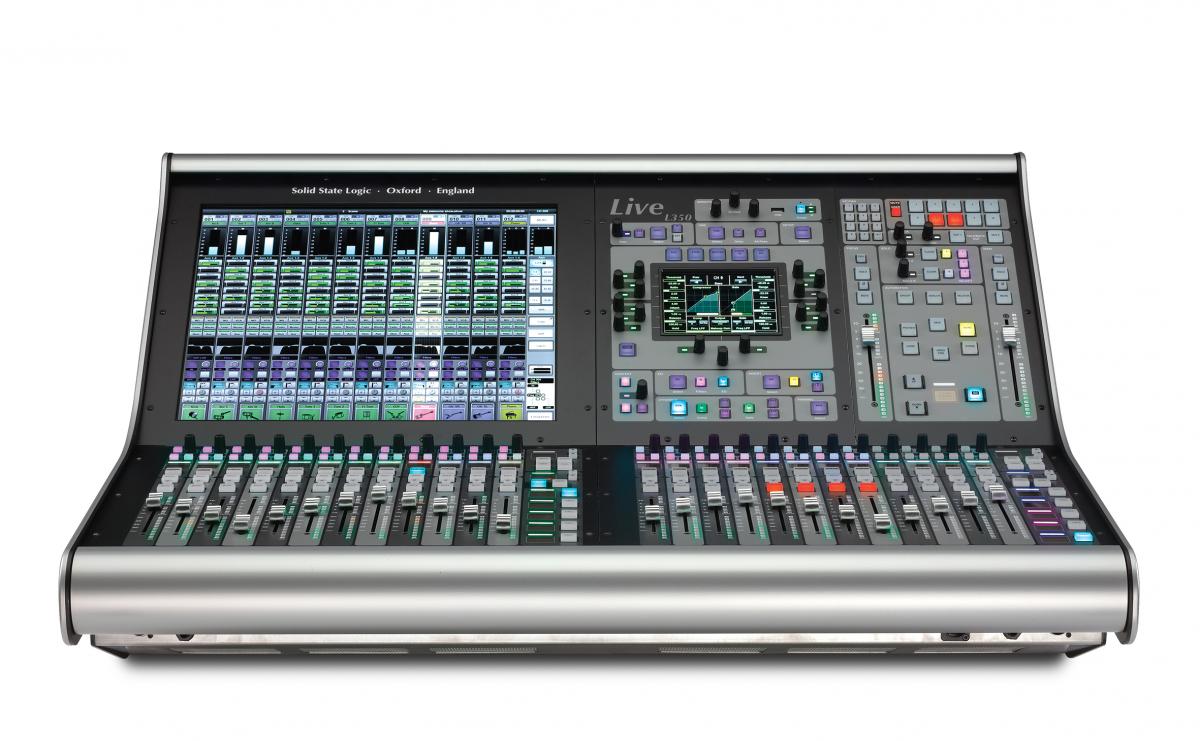 “The SSL bus compressor on the desk is fantastic, and it has a high-pass filter, which is amazing. I use that on my master bus. And I think the dynamic EQ sounds better than the plug-in I was used to, so I use that as much as possible.” Compared to that plug-in, he says, “With the SSL I just hear it sooner. I can hear 1 dB of reduction.”

The church’s new L350 console is integrated on a Dante network. “The Dual Domain Routing is really cool,” says Warren. Dual Domain Routes, unique to SSL, enable the desk to interact directly with devices on the network without the need to launch Dante Controller.


As for broadcast streaming, he says, “I send my front-of-house mix to a mastering chain, blend some crowd mics in and send it out. I tweak that week to week. I have some little Genelec speakers at front-of-house to make sure that everything is translating. I also went with a Dante PCIe card and record into Reaper. I use that for virtual soundchecks, no matter what. But I’m also recording, so that in the future I can hopefully do some remixing and archiving.”

The change in church leadership happened in May 2020, says Warren. “I had connections with the new pastor from a previous church. I got the call when they were looking for a new sound guy who could handle a rock band.” 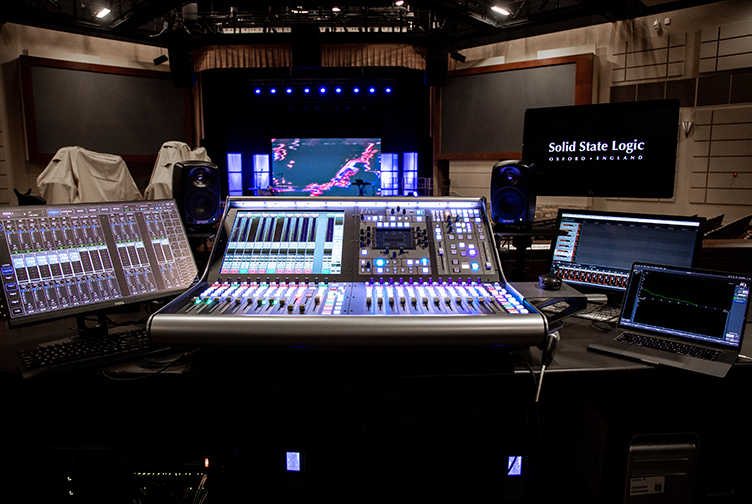 A new level of sound quality

Starting this year, the first Sunday service is now for the older church members and features a more traditional band and choir. The second service is driven by contemporary worship music. “It’s an interesting challenge for me,” he says. “I have to mix two very different styles for two very different audiences, so I start from two different showfiles.” Worshippers have responded positively, he says, and congregation numbers began to rise significantly in February. 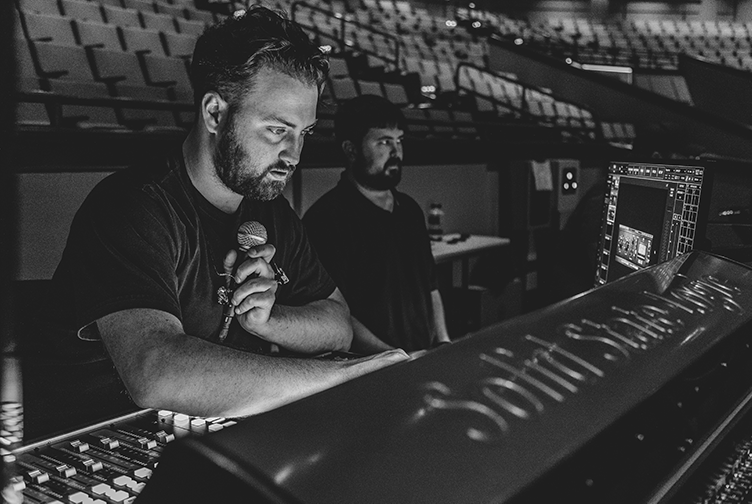 “We’re still in the early stages, but we have an exciting new direction and all the equipment we could ask for,” he says. That includes the new SSL Live console, which has been a revelation to Warren. “I never got to work on analog equipment. I’m 30 and have been doing this about 10 years, so analog stuff was on its way out when I started. But I feel like I’m discovering that level of sound quality on the SSL. I’m finally discovering what good is.”