New York, NY — Producer Angelo “Doc” Velasquez has worked alongside many of the music industry’s top urban artists. His success as a hitmaker is the result of a trademark approach that he has also applied to his role as a studio owner. “We always do things uniquely,” he says of himself and his partner producer/engineer Pat Kelly. Velasquez has now injected his style and personality into a brand-new studio in Manhattan’s Chelsea neighborhood that caters to the cream of the crop in urban music and beyond. The recently opened Invite Only Studios leverages Solid State Logic’s Duality Delta and AWS 948 Delta consoles as the core of their hitmaking engine. 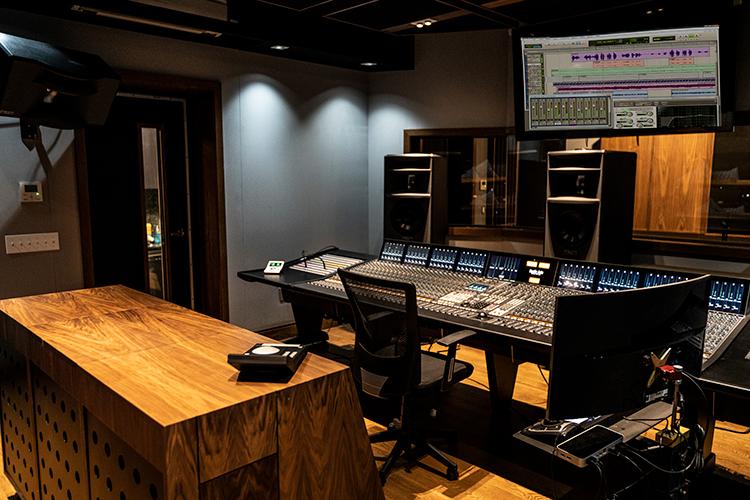 Velasquez and Kelly’s vision for the space included three studios, each featuring a control room and live room or booth. Horacio Malvicino, Managing Director of Malvicino Design Group, was brought on board to design and install each studio. For Studio A, the team sought the best console on the market and proceeded to acquire a 48-channel SSL Duality Delta. “We kept an open mind and listened to a lot of different consoles,” says Kelly.

“The Duality just sounded and felt the best throughout.”

Velasquez and Kelly were particularly impressed with the Duality Delta’s ability to impart just the right amount of analog character to their mixes. “We love the clarity that SSL brings, especially for the kinds of artists and producers we’re working with,” Kelly says. “It gives things just the right amount of color, unlike a lot of other consoles we tried which we found a bit overbearing in their coloration,” Kelly says. He also noted the ability to quickly dial in more analog character with the Duality Delta’s Variable Harmonic Drive (VHD) preamp circuit if desired. “If we want to really push things and add that warmth we can do it very easily, but we can take it off just as easily,” he adds. 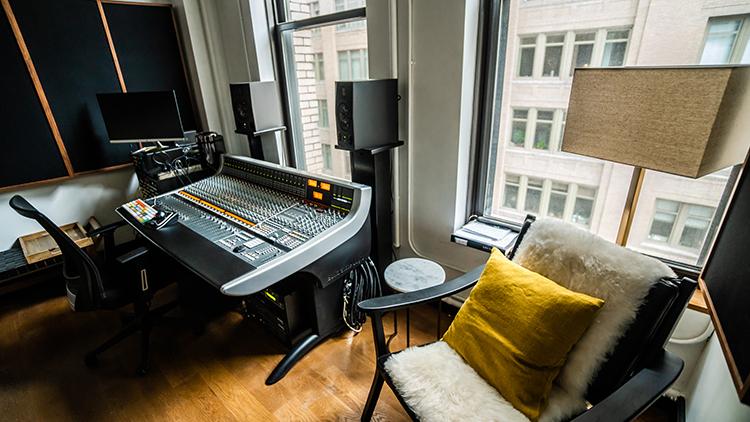 The Duality Delta’s sound quality was the most important factor in their decision, but not the only one. “We wanted a board that would be user friendly for people who are used to working primarily in the box,” explains Kelly. “We had already owned a AWS 948 Delta in our previous studio and knew how powerful the brain behind it is for DAW integration, so we knew we could jump right in with the Delta-Ctrl on the Duality.” Delta-Ctrl is an alternative to SSL’s legacy automation system that allows plug-in based automation of any channel strip, VCA, or Master fader from within your DAW. “It’s an incredible feeling to have all the real console faders at your fingertips, but the DAW-based workflow also has its benefits” says Kelly. “Delta-Ctrl makes it really easy to get the best of both worlds on both the Duality and AWS 948.”

Studio A’s 20’ x 17’ control room is rounded out with an Ocean Way Audio 5.1 monitoring system featuring HR3.5 LCR speakers and HR4 surround channels and a JBL Intonato Monitor Management System. In addition to a sleek look, Malvicino prioritized sound isolation in his design. “It’s a commercial building with law offices upstairs and a film studio downstairs,” he says. “So we knew isolation would be key from the start, especially since it’s common to monitor as loud as 107 or 108 decibels in genres like hip hop.” Malvicino designed a floating floor on top of lightweight concrete so as not to overburden the load-bearing capacity of the century-old building’s structure. The lightweight Duality helped minimize the burden as well.

Studio A’s live room measures 16’ x 8’, with unique atmospheric effects to create just the right vibe. “All the booths and control rooms can change lighting colors and have their own temperature control,” Velasquez says. “So if you’re feeling green, you can have green.”

Meantime, Studio B features the exact same control room and live room footprint as Studio A — and the same monitor system. “The idea was for everything to be interconnected within the complex,” says Malvicino. That allows the custom digital console in Studio B to be patched into Studio A as needed. “It was important to us to be able to get an analog sound in Studio B, so we set it up so you can patch from there into the SSL Duality in our A room as well as any of the outboard gear there,” says Kelly. 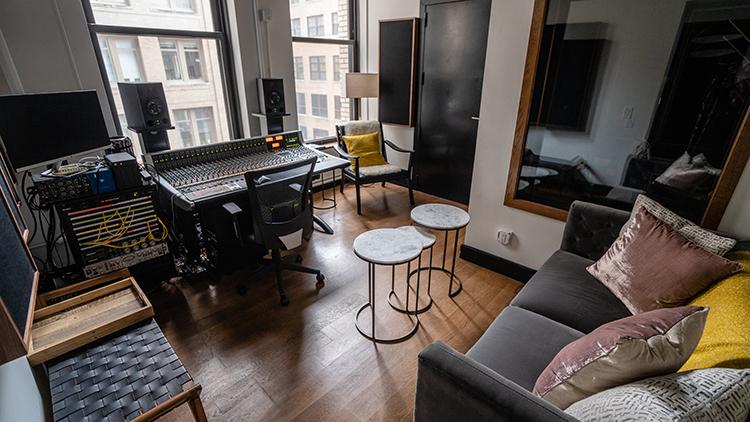 The AWS 948 Delta console from Velasquez and Kelly’s previous studio found its home in Studio C, which features a stereo mix environment and eschews a live room in favor of a vocal booth. “The C room is targeted towards pre-production and stereo mixing,” says Kelly. “It’s a place where you can go to get ideas down. We do a lot of original music for commercials and things like that and the AWS 948 Delta is perfect for it.” The early visitors to Invite Only have been taken back by the powerful console at the center of Studio C. “A lot of people are surprised that we have an SSL in our Studio C room,” says Velasquez. “You can’t walk into too many studios in New York and see a 48-channel SSL console in the C room. It makes an impression.”

Power efficiency and ease of installation

In addition to having to work around the building’s age in designing the physical structure, Malvicino also had to address its power capacity. “I knew the power was not sufficient and that we would have to put in a new electrical panel and riser,” he says. “Luckily with the Duality Delta and AWS 948 Delta it’s very simple: there’s no external power supply, and a 20 amp circuit can handle the power supplies of both consoles.” Malvicino, who has over 30 years experience installing SSL consoles, praised the Duality’s ease of use. “I’ve been installing Duality consoles since they came out,” he says. “The sound quality lives up to the SSL reputation, but on top of that they’re very flexible, very easy to install and wire, and very easy to maintain. Duality is the only solution that I see out there.”

Beyond the recording studios themselves, there was more to Velasquez’s vision for Invite Only Studios. “We wanted to build a space where artists feel comfortable and can have a creative experience that’s a little different than what you get in every other studio,” says Velasquez. That is why Invite Only also includes a flexible 20’ x 25’ event space with unique amenities, including wet bar, 12.5” cyclorama, green room, and even a shower. It also provides an opportunity to showcase Velasquez’s sneaker collection on its large built-in shelves.

“In the event space there’s a mult box that’s connected to the central patchbay, which in turn can connect you right into the Duality,” Malvicino says. This allows the event space to function not only for film and photo shoots but for live performances and recording. It can also serve as auxiliary tracking space, taking advantage of the 17’-high ceilings for tracking instruments like drums. “There are even curtains in there that can be used to subdivide or deaden the space,” Malvicino adds.

The tools for success

Whether recording the next hit record or hosting a photo shoot, video shoot, or event, Invite Only Studios is making an impression on the New York studio scene, already attracting interest from clients like Mary J. Blige, Offset, and producer Alex da Kid. For Velasquez, it also presents an opportunity to educate the next generation of artists and producers about the power of SSL. “Some younger artists think they can go home on their laptops with an interface and emulate the sound of what you get out of an SSL,” he says. “That’s mistaken, and the real artists know it. Whatever equipment or tools you’re using to make your music, it can be better appreciated in a properly designed studio with an SSL console and great monitoring. It’s a lot more than buttons and faders, and can be a major part of your success.”