"All of the engineers are amazed by the sound quality. They say that the EQ and dynamics are the best they have used..."

Milan, Italy, September 8, 2021 — Mediaset, Italy's pre-eminent privately-owned communications and commercial broadcasting group, began a transition to an all-IP infrastructure several years ago, refurbishing its facilities and replacing the legacy audio mixing consoles at its three broadcast centres. As part of that process, Mediaset has taken delivery of eight Solid State Logic System T networked broadcast production platforms comprising S500 control surfaces in a variety of frame sizes from 32 to 64 faders, all powered by SSL Tempest T80 engines, and has started installing them in its studios and OB trucks. 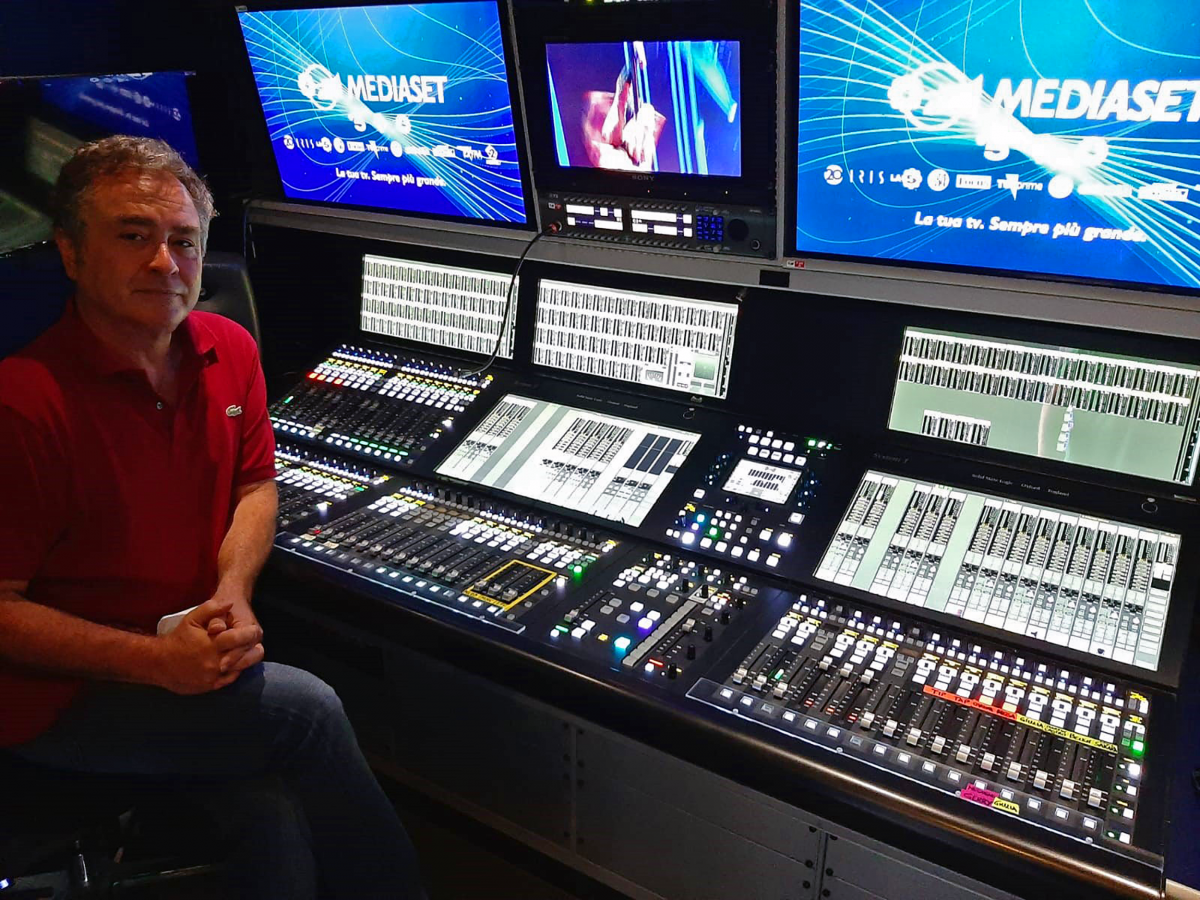 All of the installed System T consoles are being used to broadcast live entertainment, talk shows and other entertainment from Mediaset’s studios and external venues. Mediaset, which has grown from a local cable TV channel founded in 1987 by former Italian prime minister Silvio Berlusconi to become one of the largest television companies in the world, has two broadcast centres in Rome and a third in Milan. So far, two System T S500 consoles have been installed in Mediaset’s studios and four S500 mobile control surfaces in a pair of OB trucks. The remaining two S500 systems are scheduled to be installed later this year in a building currently under construction.

According to Giovanni Blasi, head of Milan-based Cablateam Srl, SSL’s reseller in Italy, “For the time being, all of the studio consoles are operating in standalone mode. But by the end of 2021, all three Mediaset broadcast centres will be networked and the System T consoles will be able to work together as if they are all in the same place.”

Cablateam also supplied extensive SSL I/O options with the consoles, including SB 8.8, SDI IF, D64 AES I/O, A 16.D16 and MADI bridge units, as well as third-party interfaces from Focusrite and Ferrofish, that will enable the System T platforms to be networked with the broadcast plant and each other via Dante. Already, Blasi says, the installed S500 systems can access the cameras, recorders, intercoms and telephone system that are on the studio IP network. 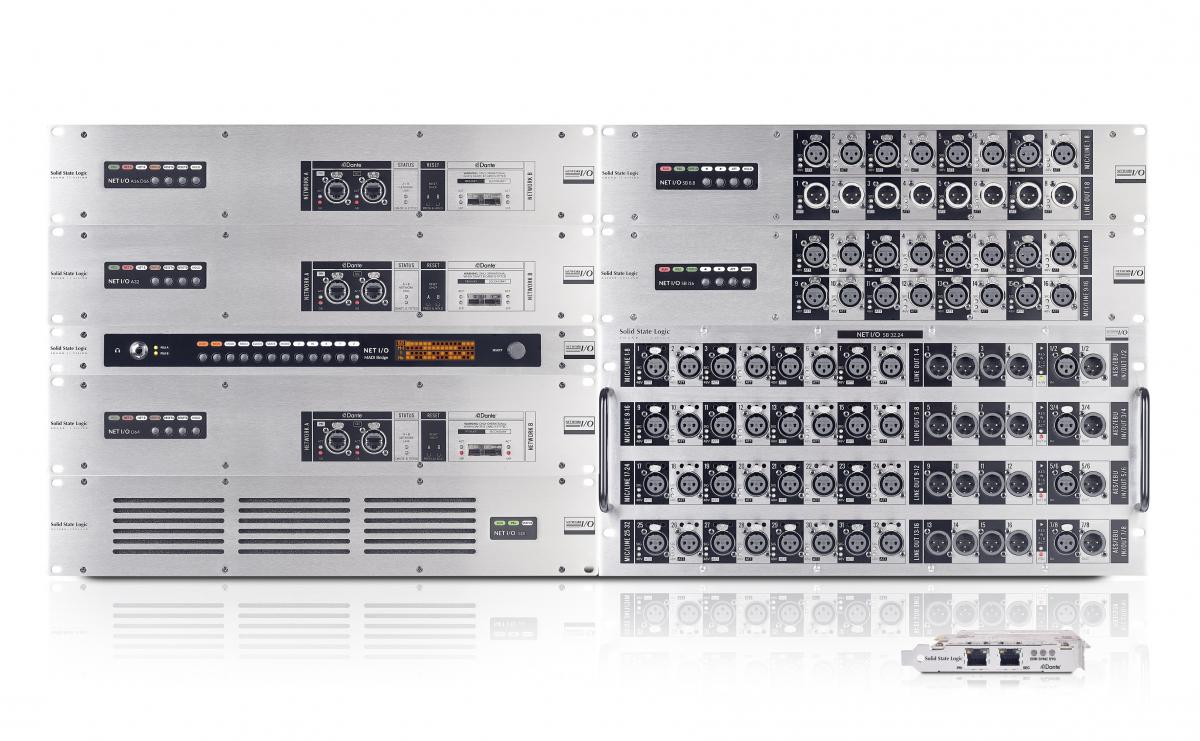 Blasi reports that Mediaset’s broadcast engineers love the operational flexibility of SSL’s System T console. “They particularly like the Query function for fast access to a restricted number of channels, Automix on every channel and the flexible mix-minus functionality,” he says. “All of the engineers are amazed by the sound quality. They say that the EQ and dynamics are the best they have used and sound like analogue.”

The engineers also enjoy the ability to make channel strip and channel configurations changes without the need to restart the system, System T’s internal FX rack, event control and the configurable meter bridge, Blasi also reports, and the presets help them with fast recall of frequently used setups. “Once they got familiar with all the operating features they found System T very easy to use"

"They can do things which were nearly impossible to do with other consoles without very heavy routing processes." 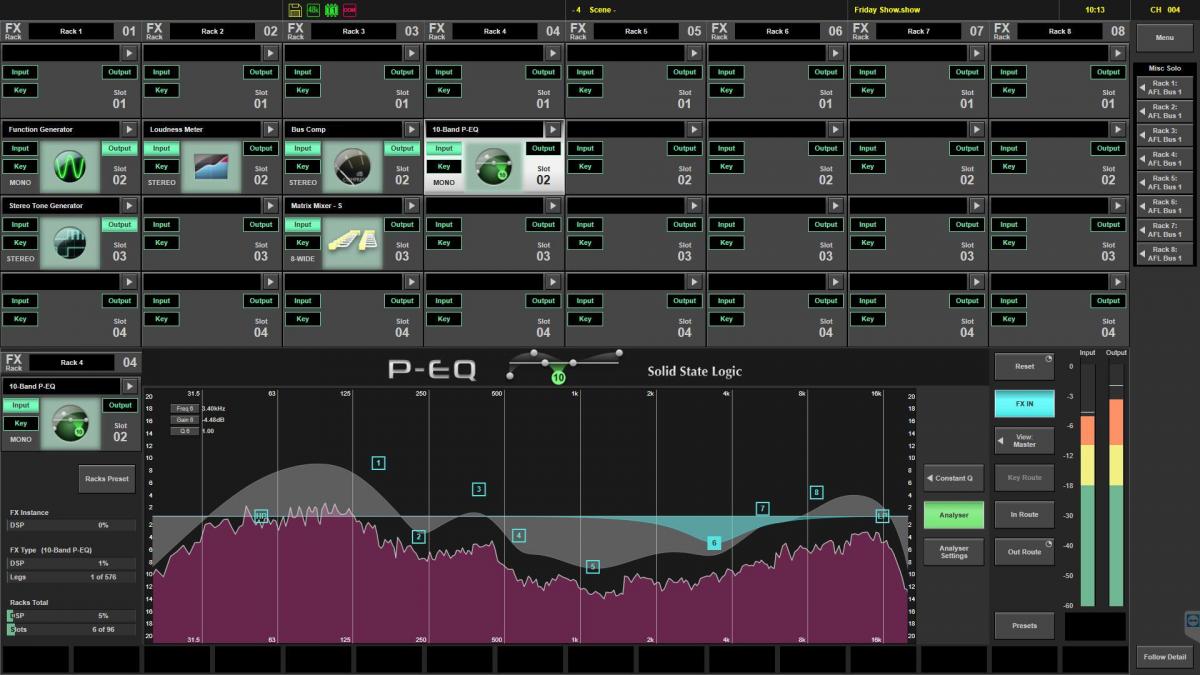 The two OB truck installations were turnkey projects handled in their entirety by Professional Show S.p.A. of Padua, Italy. Each truck is equipped with two S500 consoles, one of which is configured to work as a frame extension for larger shows or as a backup control surface in case of emergency. 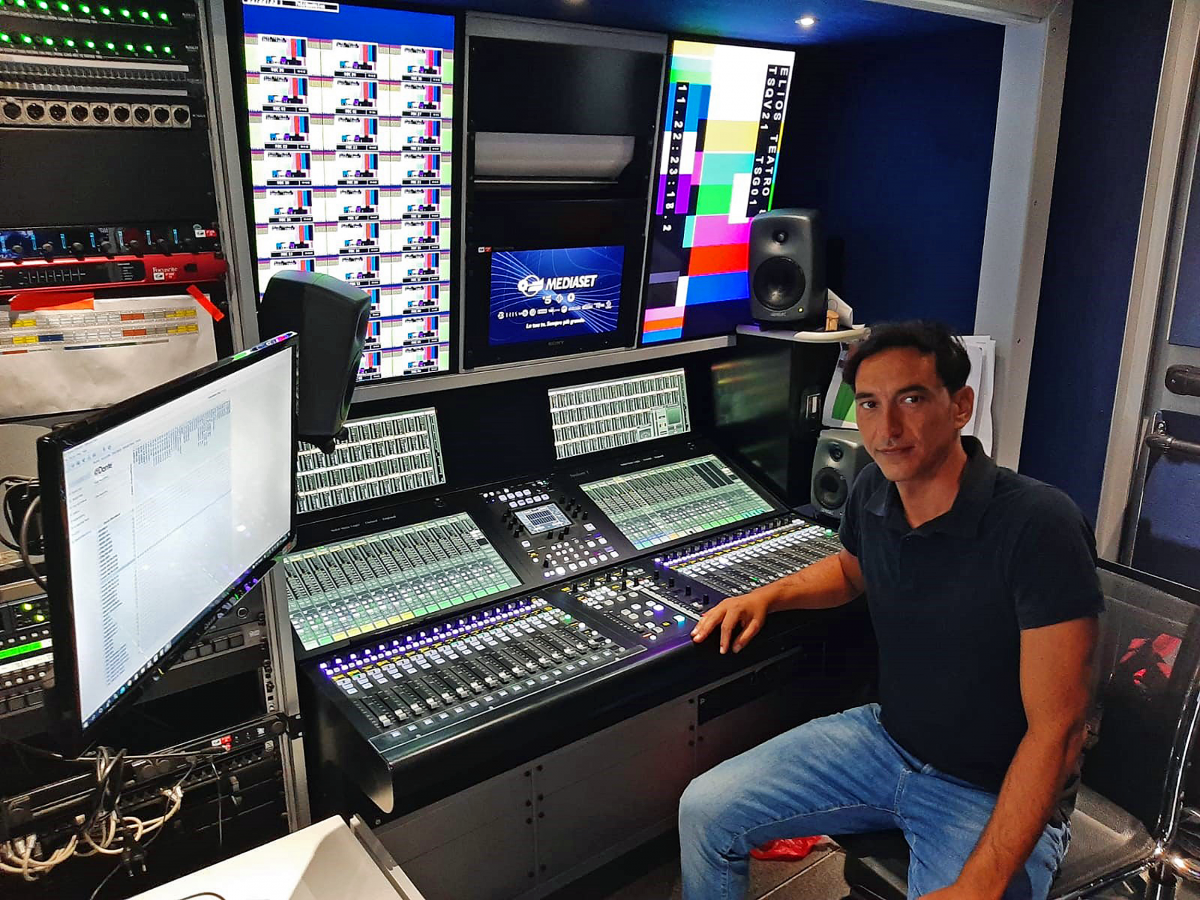