Lewis, whose recent credits include Clean Bandit, Rae Morris, Charli XCX and Sunset Sons started out as assistant to Mike Crossey, and later went on to train under Manny Marroquin. Some of his formative years were spent on SSL 4000 G and 9000 K consoles, so the Sigma represents something of a homecoming... 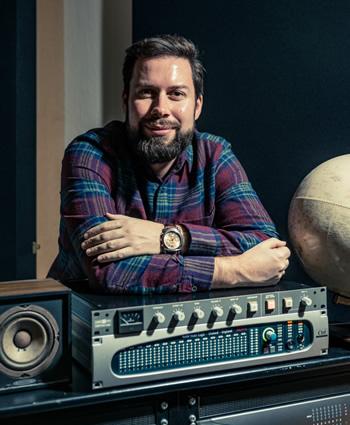 The Sigma has enabled me to get more out of all my other gear... One way to describe it is 'faster'. It preserves the transients better... it's lighter on its feet. That works for any genre of music
James Lewis

With Producer representation through Major Influence Management, Lewis now spends most of his time mixing at Studio27a, equipped with a Pro Tools / UAD DAW, and a selection of outboard - much of which is dedicated to his mix bus chain. "It's quite a hybrid system," he says. "I have parallel mix summing going on with Sigma taking care of 80 percent of the mix and additional processing being mixed in via the Sigma's Mix Bus B."

Sigma δelta is essentially a 16 stereo / 32 mono channel rack-mounted, automatable summing mixer that uses the same SuperAnalogueTM mix bus technology as found in the AWS and Duality consoles. Control is via the Sigma Remote App (Mac, PC, iOS or Android), MCU or Eucon-compatible control hardware, and via δelta Control - a technology that allows DAW control and automation of channel pan, solo, cut, mono/stereo selection, and mix bus assignments, as well as the two mix busses and their insert points. Mix busses A and B can be combined into a single mix for creative parallel processing options.

"The Sigma has enabled me to get more out of all my other gear," says Lewis. "One way to describe it is 'faster'. It preserves the transients better... it's lighter on its feet. That works for any genre of music, but particularly with the high-tempo Rudimental tracks I'm working on at the moment. I don't think you could succeed on anything else but SSL - just because of the sharpness... 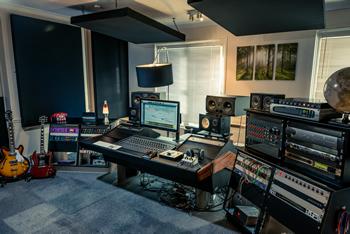 "I ran a couple of other mixes through it recently - they were simple in-the-box monitor mixes. I bounced three versions down - a digital bounce straight out the DAW, another analogue summer, and the Sigma. The Sigma track was much tighter - there's definitely something nice going on!

"I'm also using the δelta Control automation system quite a bit now - to incorporate my outboard into my vocal chain and automate that."

For the upcoming Rudimental album, the Sigma also means that Lewis can ensure a degree of compatibility. “I’m mixing six tracks and Mark ‘Spike’ Stent is mixing four. Spike is mixing on his SSL console, and my sound had to come in somewhere close to that. I tried the Sigma, and it was obvious that was the answer straight away.”