"Everything is well thought out and makes sense. And it’s a workhorse.”

Klostermann, whose main focus is working as an editor and writer at bonedo.de, a German-language online music magazine, where he reviews products and presents technology tutorials, has a history with SSL going back several years. “I installed an AWS 948 for a friend,” he says. “Then I got a Matrix and I realized how good the SSL workflow is.” 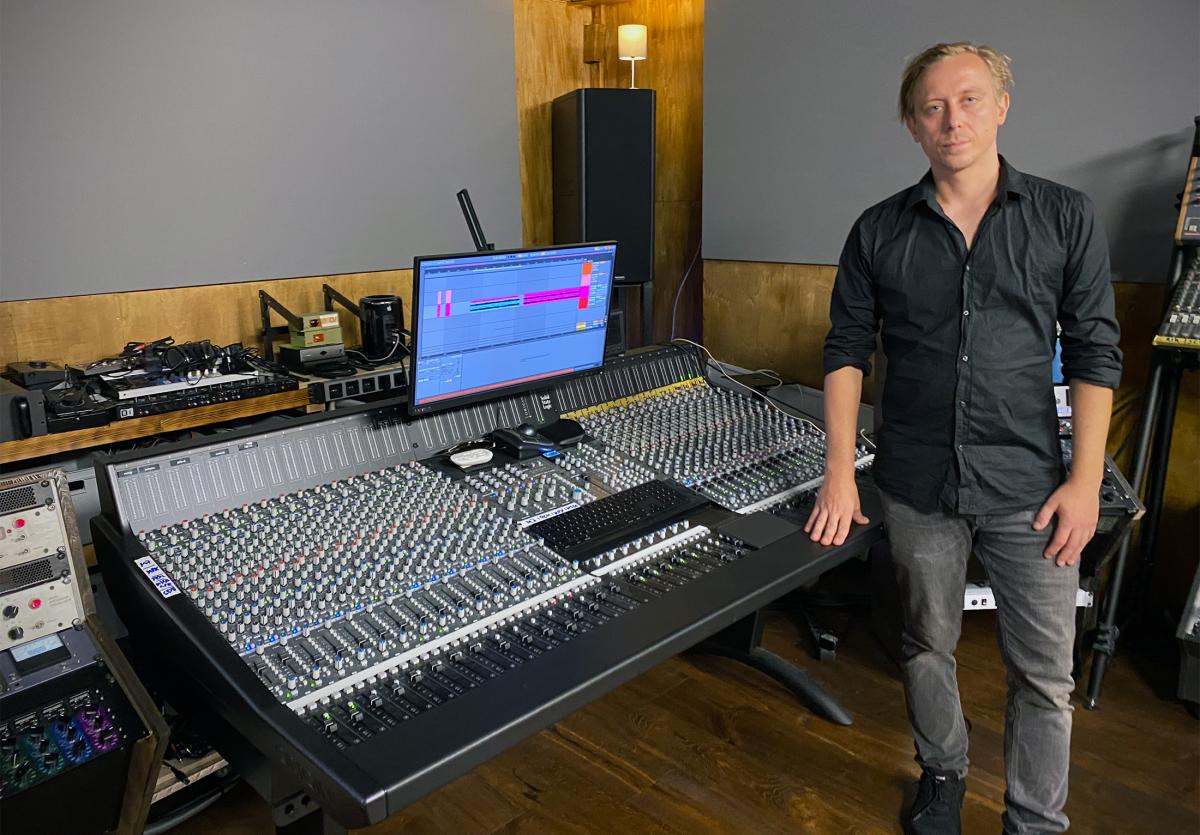 When gentrification forced him out of his previous location, Klostermann decided to build his new room around an ORIGIN, which he purchased through SSL’s distributor in Germany, Audio Pro. His recording workflow had evolved while working on the SSL Matrix, he says, and when he was given the opportunity to purchase an ORIGIN while he was planning his new facility, he jumped at the chance. “It has eight stereo groups” he says. “That’s the most important thing. I’m layering stuff so I don’t need more than eight tracks when I record. It’s more like constantly stemming.” Klostermann also has three SSL Fusion analogue stereo outboard processors. “I have one on each drum machine. I mainly use Fusion for the Vintage Drive section,” he says.

Having started out producing in Ableton with a collection of MIDI-connected synths and drum machines, Klostermann explains, “My whole workflow changed. I got more and more analogue synths, and I thought, I need to jam more and to track more.” Now, he says, with a Ableton Push at the centre of his setup to provide sequencing, he can work on his rhythm tracks without even booting up the DAW.

“I don’t need to switch the computer on,” he says. “Once it’s a nice loop and basically working, then I start tracking. I do functional jams; I start just with a kick, bring everything in, then take everything out and let it run for a few bars. Because I’m going to rearrange it in the DAW.”

It was while working on the Matrix at his previous studio that his current production process evolved, Klostermann says. “I have a habit for drum machines. With the Matrix, 16 channels weren’t enough, so I bought a 32-channel submixer for my drum machines. I used the six group outs and summed all the kick drums on one channel, snare drums, claps and rims on another channel, and so on. My drum loops were made of six mono tracks — four channels of drums and two channels of distortion — and I could easily edit them in Ableton. That was a game changer for me.” He is currently transitioning to working in Avid Pro Tools, he says. 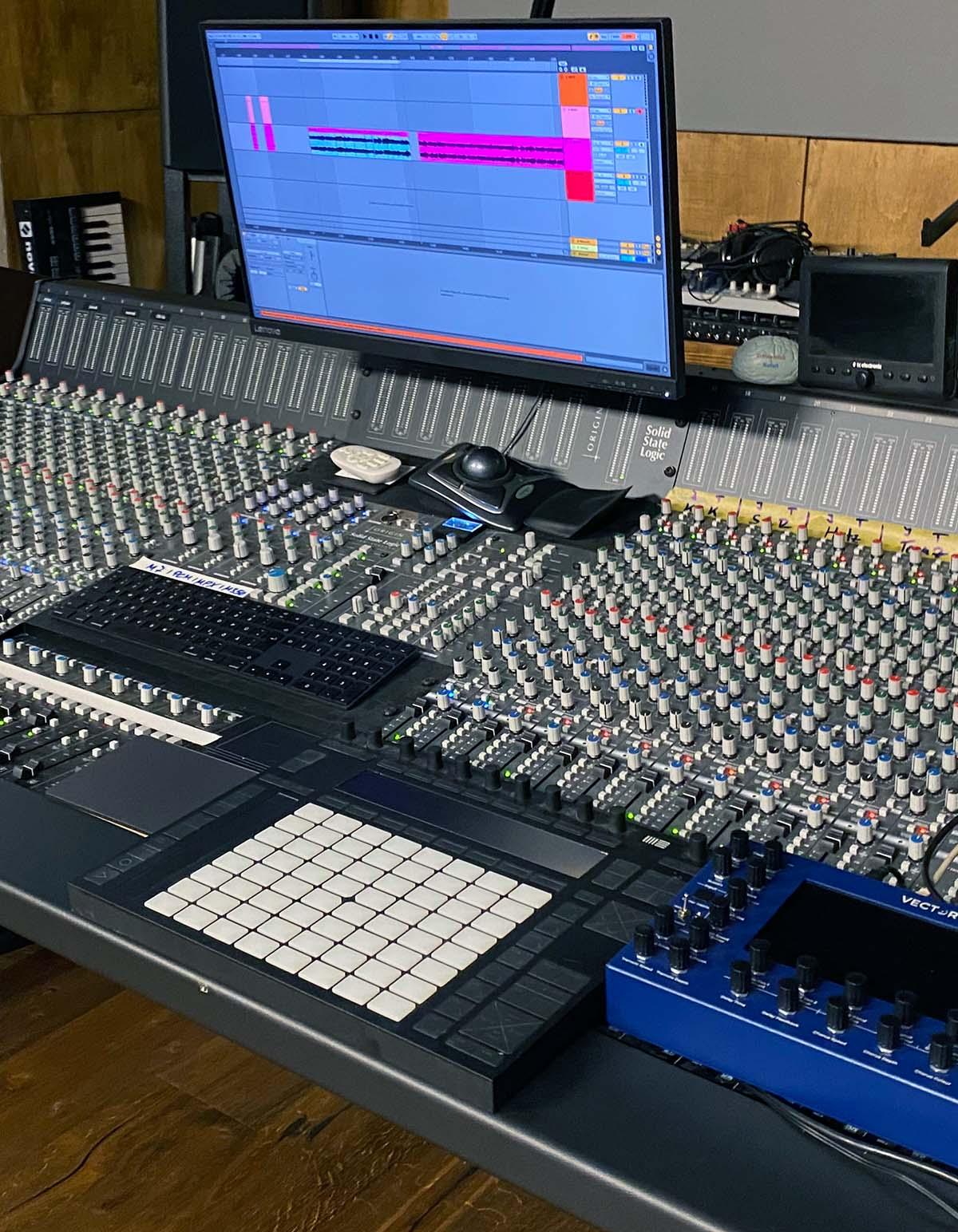 Klostermann’s current setup, with all of his instruments permanently patched, allows him to focus on being creative and not be distracted. “Moving cables is not an option,” he says. “I don’t want to use my brain. If I’m being creative and I need to start thinking logically, I’m out of it; it’s a deal-breaker.” During the time before ORIGIN, he realized that he never used the automation. The same is largely true of his current collection of synths, which are all analogue and offer few possibilities for automation.

“I don’t have any MIDI connections from the DAW to my setup; everything is free sync. All the drum machines I have are all analogue with no presets. I like doing everything from scratch. When have an idea I just I record it. If it’s good, it’s good. What changed my style and made me better was that I can’t go back anymore. When I had the possibility to go back, I had doubts. Now, I can’t go back,” he says, adding, “I don’t work with samples, either.”

Klostermann spent the past year, leading up to the recent move, refining his studio workflow and equipment setup to make it easier and faster to produce, he says. “When I think something is too complicated, I dive into it to find a solution. That’s the main reason why I’m using the SSL ORIGIN. Everything is well thought out and makes sense. And it’s a workhorse.” 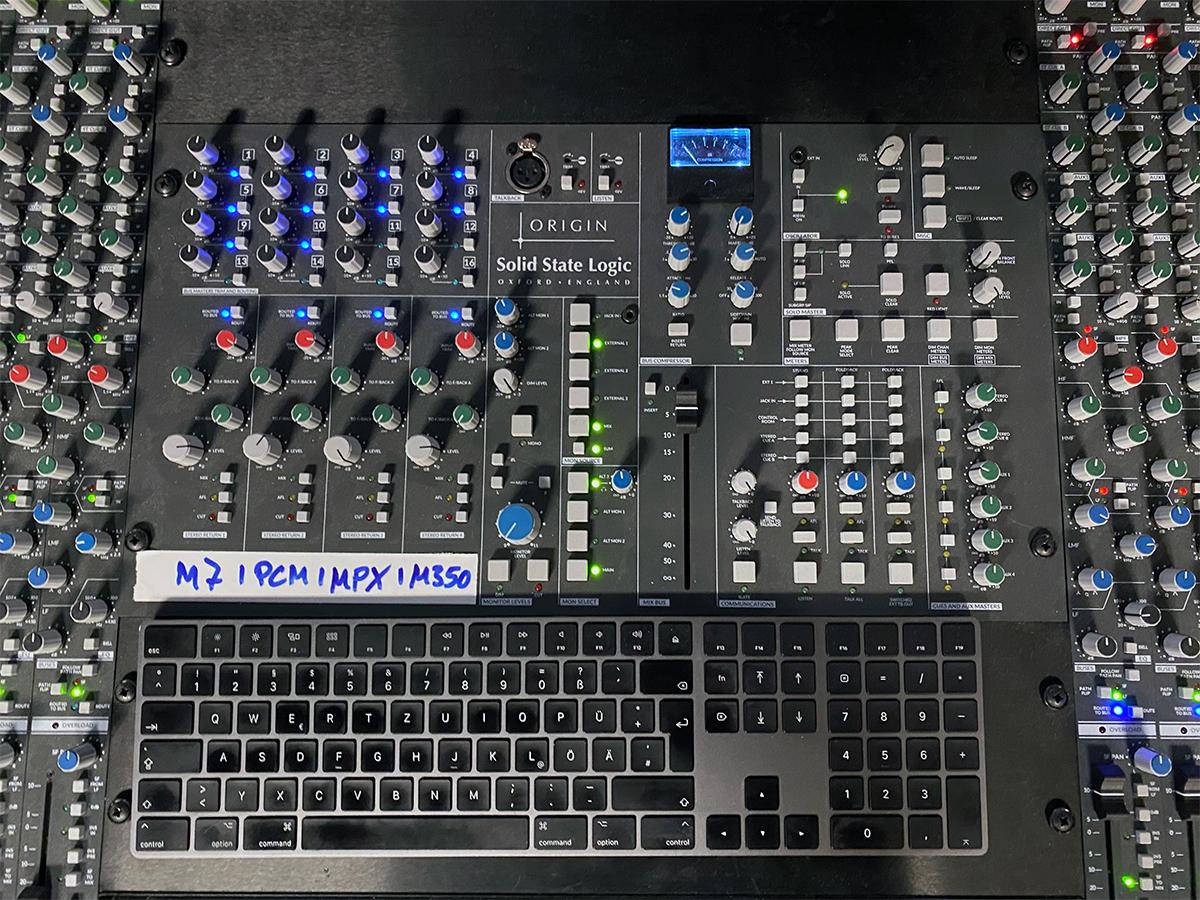