Los Angeles, CA — Chris Lord-Alge’s name is synonymous with the unique radio-ready sound that has earned him five GRAMMY Awards over a storied career and established him as one of the most in-demand mix engineers in the music business. Since 2008, he has owned and operated the world-class Mix L.A. studio in California. With two rooms outfitted with Solid State Logic consoles, tape machines, and a wealth of analog outboard gear and software, Lord-Alge is able put his hands on anything he needs to achieve his ideal sound. Recently, he has adopted a new set of tools that have expanded his palette: Among these are Solid State Logic’s Native V6 plug-in bundle, and several SSL 500-Series Modules. 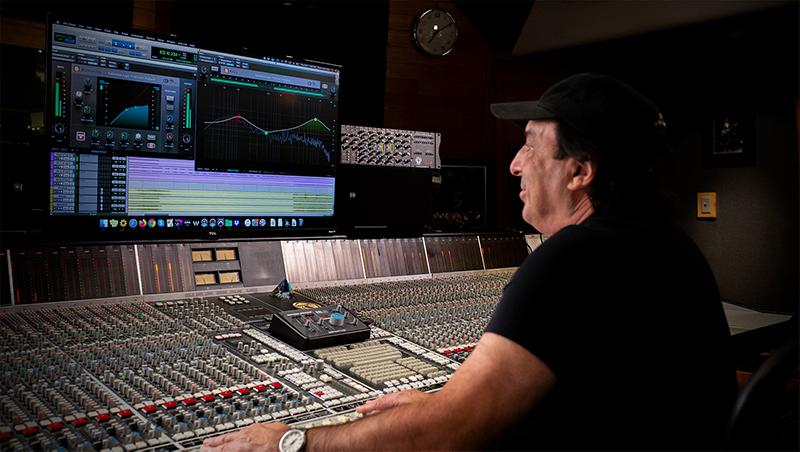 
For someone with access to a seemingly endless range of analog gear, plug-ins are a key tool for Lord-Alge in his crafting of a mix. “I use plug-ins all the time, it’s that simple,” he says. Recently, he has taken a dive into the new SSL Native V6 plug-in collection. “I’m truly excited about the new SSL plug-ins — and I say that as someone who has even designed my own plug-ins,” he says. “As soon as I tried SSL’s new plug-ins out, I found myself going back for more.” 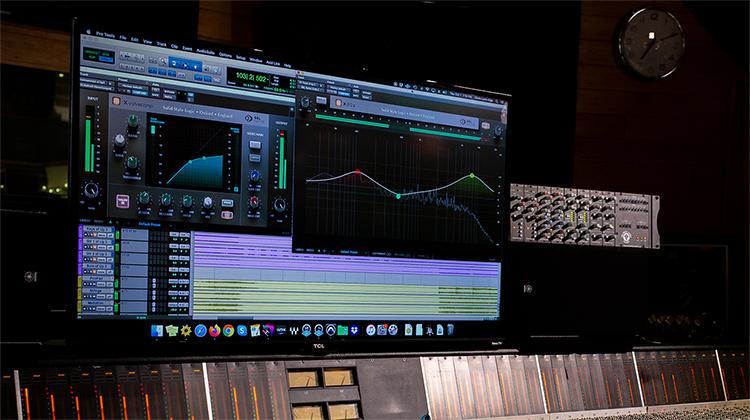 Among the highlights for him is the new SSL X-EQ 2. “The SSL X-EQ 2 is a great-sounding EQ,” he says. In addition to supporting up to 24 fully parametric bands and 17 filter types per band, he says its classic tonal characteristics is part of its appeal: “I’ve come to prefer it over all the other ‘draw-in-what-you-want’ style parametric EQs because it has that 4k overdrive and clarity. When you crank up a band it has the same bending effect that you get with all other SSL EQs, plus its simple to use.”


In addition to the SSL X-EQ 2, he has also recently put the Bus Compressor and X-ValveComp through its paces: “With the Bus Compressor, I dial in the settings that I’m used to on the hardware version and I get a sound that’s fully SSL from the plug-in,” he explains. The SSL X-ValveComp also brings some classic features to the table that make mixing easy.

“The auto makeup gain on the compressor is really helpful for me and very much like what they use on the console — so I’m super stoked about that.” 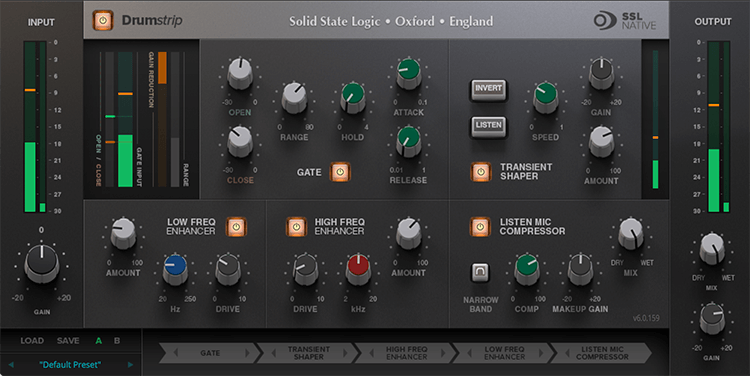 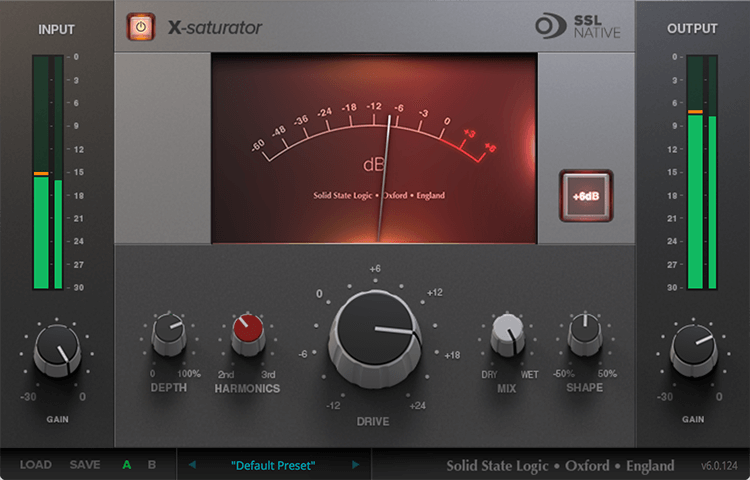 Moving beyond the classic console sounds, Lord-Alge has also enjoyed the SSL Drumstrip and SSL FlexVerb plug-ins. “With the Drumstrip, I’ve turned some pretty mediocre source material into some pretty exciting sounding things — I love it.” Flexverb provides a new take on reverb that has found its way into Lord-Alge’s workflow as well. “I think it’s a really great-sounding reverb, and I love that I’m looking at an SSL GUI in a reverb,” he says. “That really gets me in the mood, plus the fact that it’s simple to use.”

In addition to bolstering his plug-in collection, Lord-Alge recently integrated a 500-Series rack full of SSL modules into his setup.


“The new 500-Series offerings from SSL are a great way to expand on what’s available on my console, while still delivering that SSL sound that I know and love,”


It starts with the VHD Pre, which are based on the input channels of SSL’s Duality console. “The VHD Pre is an ultra-high-quality mic pre that is very clear and open,” he says. “It’s super clean to start, but you’re able to insert distortion characteristics through the drive control and introduce those 2nd and 3rd harmonics to add some grit and grind to it.” Driving the preamp’s distortion circuit helps Lord-Alge bring certain sources to life quickly and easily at the input stage.

“Adding that grit is great for guitar, drums, or bass especially. Running a DI with a bass directly into the VHD Pre, then using the drive control sounds super cool.” The inclusion of an adjustable hi-pass filter is also welcome feature for Lord-Alge. “Having the high pass filter is great because when you’re recording vocals there’s always some rumble.” 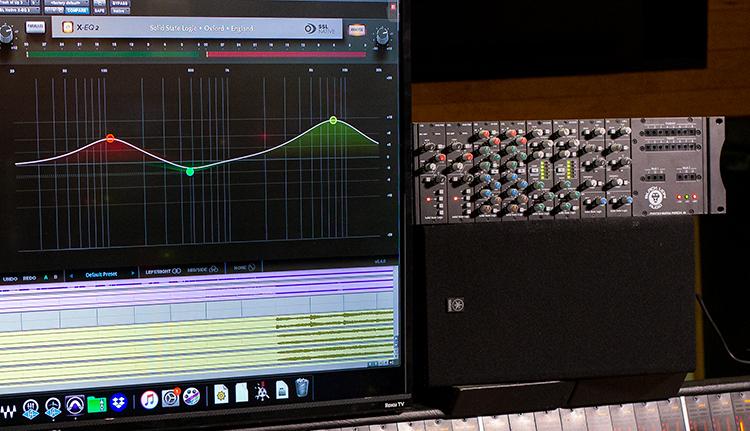 The 500-Series E-Series EQ and Dynamics Modules are two very familiar tools in Lord-Alge’s arsenal. “My 500-Series rack sits right next to the original EQ and dynamics modules on my console,” he says. “These modules are very faithful to the original in both layout and sound.” The E-Series EQ is a powerful tone-shaping tool that helps Lord-Alge draw whatever sound he needs out of his material. “The E-Series EQ is a great thing to have, and it works just like it does on the consoles,” he says. “You’ve got your selectable shelving and bell filters on the top and bottom, dual bell filters in the midrange, and nice detents at ‘0’ on all the knobs. Even if you have them on your console, it’s fantastic to have some extra channels fresh from the factory.”


“The 500-Series version has got the gate and compressor combination with all the classic ratio, threshold, and release settings in it, so it really gives you the sound of the console.”


In addition to classic architecture, the 500-Series module brings some new improvements. “They’ve added the option of an auto release for the compressor with the ‘linear’ button, which is a great option that was never there before. And I like that you can now enable fast attack mode with a button press instead of the pop-up knobs of the past.” 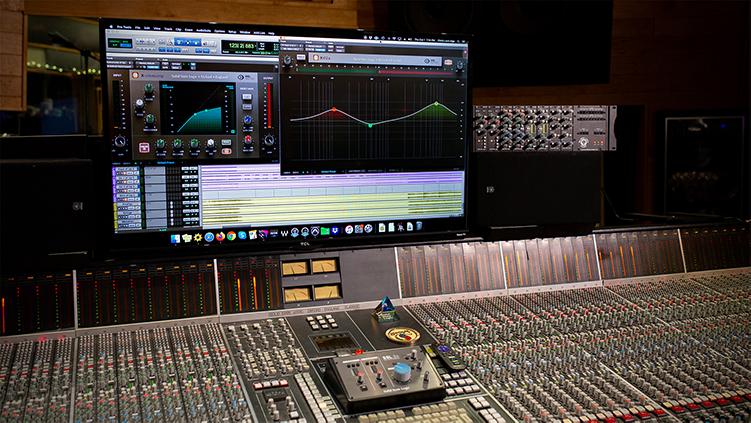 Lord-Alge has been particularly impressed with some of the features added to the LMC+ Module, which is based on the classic Listen Mic Compressor featured on many SSL consoles. “This is a very aggressive compressor that traditionally didn’t give you any adjustment other than threshold,” he notes. “With the LMC+, you’ve got wet/dry pot, which is pretty important. Then there’s the scoop button which lets you scoop out a frequency range with the compressed signal, as well as adjustable side-chain filters that let you modify how the compressor is reacting.”

With these enhancements, Lord-Alge finds the pronounced compression of the LMC+ more usable than ever before. “Try it on a vocal, you’d be surprised at the cool stuff it does to it,” he says. “And it’s super cool on an acoustic guitar. Anything that’s really dynamic works well with it. It’s not just for the room mic anymore.”


The power of SSL within a small package: SSL 2+ and SSL SiX

In addition to exciting new sound-shaping tools from SSL, Lord-Alge has also made extensive use of the ultra-compact SSL 2+ interface. “In addition to mixing, I do produce and play on recordings,” he says. “I’m bouncing back and forth between my control room and my house quite a bit, so I’ve been using the SSL 2+ a lot,” he says. “I like it so much I now own four of them so I can have a SSL 2+ on each of my rigs. That way when I’m going back and forth, I don’t need to change my I/O settings anywhere.”

He has also become acquainted with the SSL SiX desktop mixer in combination with the SSL 2+. “SiX is a great problem solver for a small control room,” he says. “I recommend getting it set up with a DB25 connector running into a patchbay. Then, if you have multiple inputs you want to run into your DAW through the SuperAnalogue mic pres into your SSL 2+ you can do that. Or, if you want to do some 12-channel summing, you can do that,” he explains.

The sound of SSL hardware and software continues to appeal to Lord-Alge because of its unique musicality. “Whatever SSL creates, it always sounds musical,” he says. “It feels more like an instrument than a device."

"My whole career has revolved around the SSL sound, so that’s the sound I hear. Every product they put out just has that DNA.”

VIEW MEDIA
Recording: The magazine for the recording musician