Oxford, UK, August 2020 — Bryan Noll, aka Lightbath, is a passionate electronic music composer and educator. His work, which is generally comprised of long-form, generative compositions using bespoke combinations of interconnected Eurorack synthesizers, can be described as transcendental and meditative, enticing listeners to explore the ‘subtleties of emotion, memory and time’. As a ‘sonic gardener’, Noll recently upgraded his tool kit to include The Solid State Logic SiX desktop mixer. 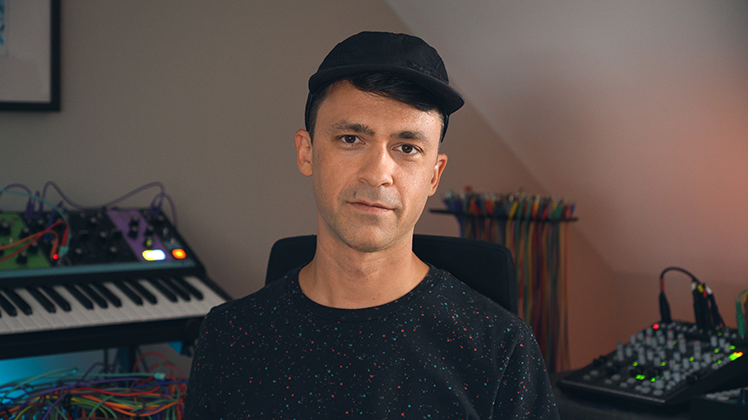 Noll’s journey into modular synths began after an injury ultimately caused him to stop playing the guitar: “I had developed a case of tendonitis, and it was getting to the point that I couldn’t play anymore,” he explains. “I was depressed because this was a significant way I expressed myself.” But as serendipity would have it, one day he was walking to the post office in Brooklyn and noticed a modular synth shop along the way. “I walked in because I was really curious how all this stuff worked,” he recalls.  They explained some basic concepts to me, and I spent the next couple years going into that shop until eventually I put my own 6U Eurorack system together and began experimenting.”


An active participant in a global modular community

Noll has since increased his notoriety in the global modular synth community through live performances, recordings, education, and a collection of high-quality videos that speak to his carefully crafted musical aesthetic. He was recently a featured performer at Moogfest — the world-famous electronic music festival — and also performed a collaborative work with fellow modular synth artist Emily A. Sprague at Commend on the Lower East Side of NYC. As an active Patreon platform creator, Noll routinely participates in a close network of electronic music fans and aspiring modular sythesists. Meanwhile, his YouTube videos, which have garnered hundreds of thousands of views, capture the generative and exploratory nature of his electronic music compositions. 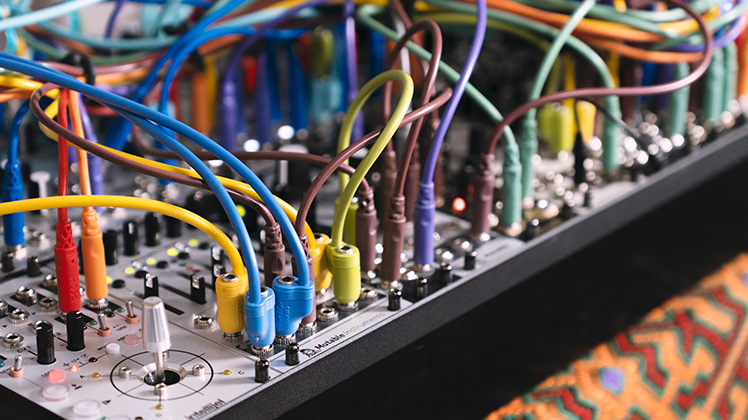 “The interesting thing about modular is that you don’t always have to feel inspired to start making music, like you might need to on a linear instrument like a guitar,” Noll says. “Inspiration can come in the form of a question: what would happen if I did this? What would it sound like if I patched this into this?  If you let go of all the other ideas, the music starts to be delivered to you and you surf that wave to the shore.”


The power of SiX

Notwithstanding his accomplishments in modular synthesis, Noll admits that his foray into the realm of pro audio has been limited: “I never really had outboard gear except guitar pedals — I am happy to say the SSL SiX is really my entree into pro audio and playing with the ‘big kids’,” he observes. Prior to using the SiX, Noll would sum all his outputs to two channels using a small 12-channel utility mixer. “I was using the smallest portable mixer I could find with two sends,” he says. After he came to grips with the SiX, Noll was astonished by its performance and intelligent routing design:


“It is blowing my mind that the SiX is smaller than my 12-channel mixer but can basically do everything the 12-channel can. Plus, I can apply the G-Series compression to the entire mix, which really glues everything together sonically.” 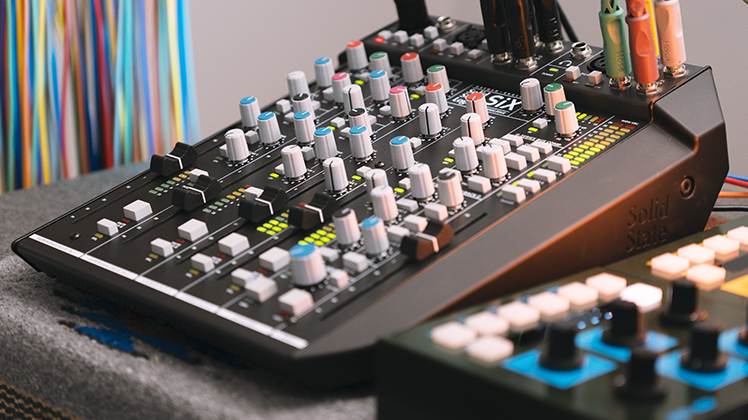 His ‘go-to’ performance case is an Intellijel 7U x 104HP unit, capable of powering up to 20 Eurorack modules. “With all the effects, filters and control devices, I can usually get three discrete voices out of that case — and two of them output to stereo, so the SiX is perfect.”  The other inputs afford him the ability to bring in an external synth, additional effects devices or plug microphones into the SuperAnalogue™ preamplifiers as needed. “The preamps and EQ are brilliant,” he says. “I’ve never owned anything of this quality and being able to switch the EQ and sends in and out is definitely new territory for me. I did an A/B on the preamps compared with my last mixer, and the difference is night and day. The SSL sounds so much more open.”


SiX: A capable mixer both simple and complex

Noll says that he was up and running in no time on the SiX; nonetheless, he tends to do things by the book: “I read the SiX manual from the end to the beginning, then from front to back. I’m not really sure why I read it that way, but that’s what happened. It was really helpful to see all the examples they showed, whether using it for writing, mixing or on stage,” Its diminutive size belies the capabilities within: “It is a complex mixer,” he says.


“It is not complex to do simple things, but if you want to do complex things, there is a lot going on and it is really inspiring.”

Currently, Noll is using the SiX both as a performance mixer in the studio and as well as the road. “I am especially happy about its size and it fits perfectly in my Pelican carry-on,” he says. “Granted, we are not traveling now, but there will be a day when I travel with SiX and it will fit in my carry on alongside my outboard effects and cables.” 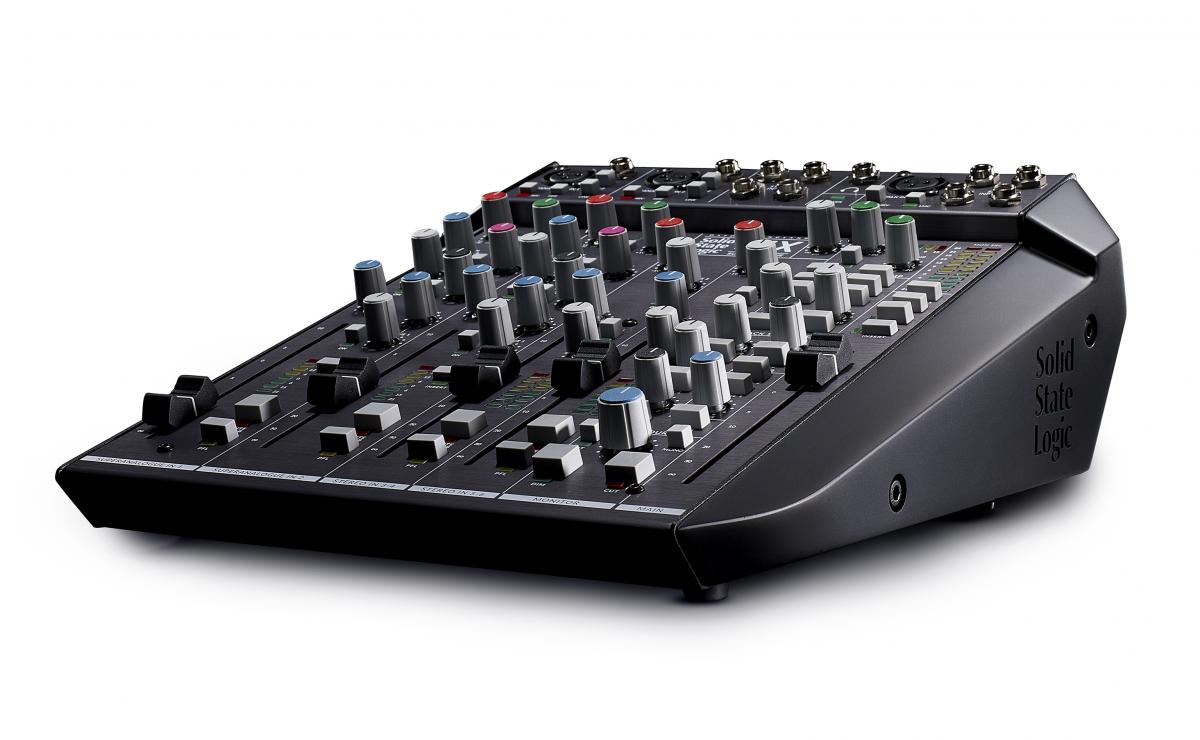 He is also using it for his streaming education engagements: “When I am streaming to my  Patreon students and community, the important thing is to capture anything from my studio that I might be making music on, plus my voice. Then I can just send the main outs from the SiX to my HDMI switcher which syncs the audio with my cameras,” he explains. “When I do live stream events, there’s a feeling that happens when you put yourself on the spot in real time, saying ‘I am going to make music between this time and this time, and people are going to be present for it in the moments that I am making it.’ It feels different to make music this way, and I think that is the essence of what live performance is, whether it is virtual or physical.”

In the coming months, Noll would like to focus on using the SiX for studio recordings, fully deploying the capabilities of the unit’s DB25 I/O. “I want to be able to multi-track each separate channel and not just record the summed outs,” he explains. “Also I want to take advantage of the monitoring section more effectively while tracking and mixing. When I make this next record, I doubt there will be a sound that doesn’t go through those SuperAnalogue™ preamps!” 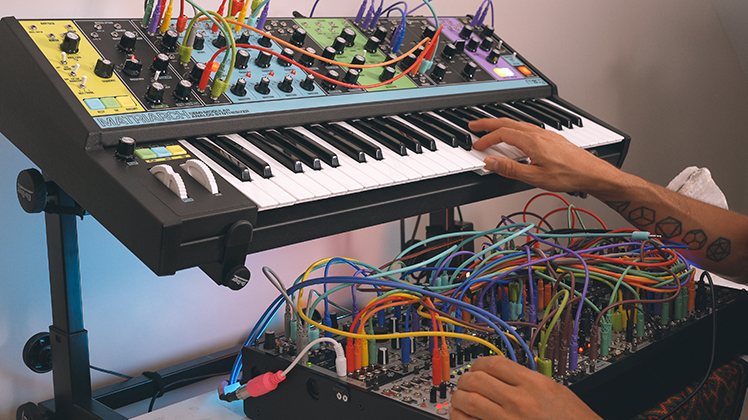 While curiosity and sonic exploration may be what drew Noll into Eurorack initially, it is likely the tight knit global community of modular users that has inspired him to continue his journey: “I’ve connected with so many people around the world because of modular synths,” he enthuses. “What is unique about this art form is that there are many different types of people that can get into it, yet we are all able to discover and explore this shared language, together.”