Oxford, UK, December 28th 2020 — Lisa Bella Donna’s electronic music compositions are inspiring and original, taking listeners on a journey through cavernous spaces of glacial ambience, dreamy polyrhythmic sequences, and sub-oscillating sawtooth drones. Rather than relying on catchy hooks or pounding rhythms, her music entices the listener into a deeper musical expanse — much like a literary work by George Eliot or Erik Larson might draw a reader into a complex novel. Using Solid State Logic’s SiX small format mixer and an SSL 2+ interface, Lisa Bella Donna has achieved a staggering level of sonic detail on her latest release, December’s Pentacle.


“On this album, I basically wanted to push the SSL SiX and SSL 2+ to their limits and record a piece that is sonically rich and detailed,” she says. “I carefully tailored every aspect of this recording to my SSL set up — there was no other outboard gear used on this record except for a few plug-ins. It was all tracked, mixed and mastered through the SiX and SSL 2+.” Most impressively, she says, there are only six stereo tracks on the album — which were sent into the DAW on two separate passes.

“For this album, I was simultaneously recording two channels into Logic Pro at 24-bit 96kHz and two channels into a Fostex 20 analog tape machine, which I would also feed into the DAW,” she explains. “Each time I recorded a pass, I would go both analog and digital from the SSL 2+. Then in the mix phase, I would bring the analog reels in and just line up the audio. I’ve been doing it this way for years.” Typically, this approach allows Bella Donna to use the tape sound on complex sequences or beefy droning segments, and the purely digital signal on cleaner, quieter parts. While mixing, she often crossfades to taste between the two. 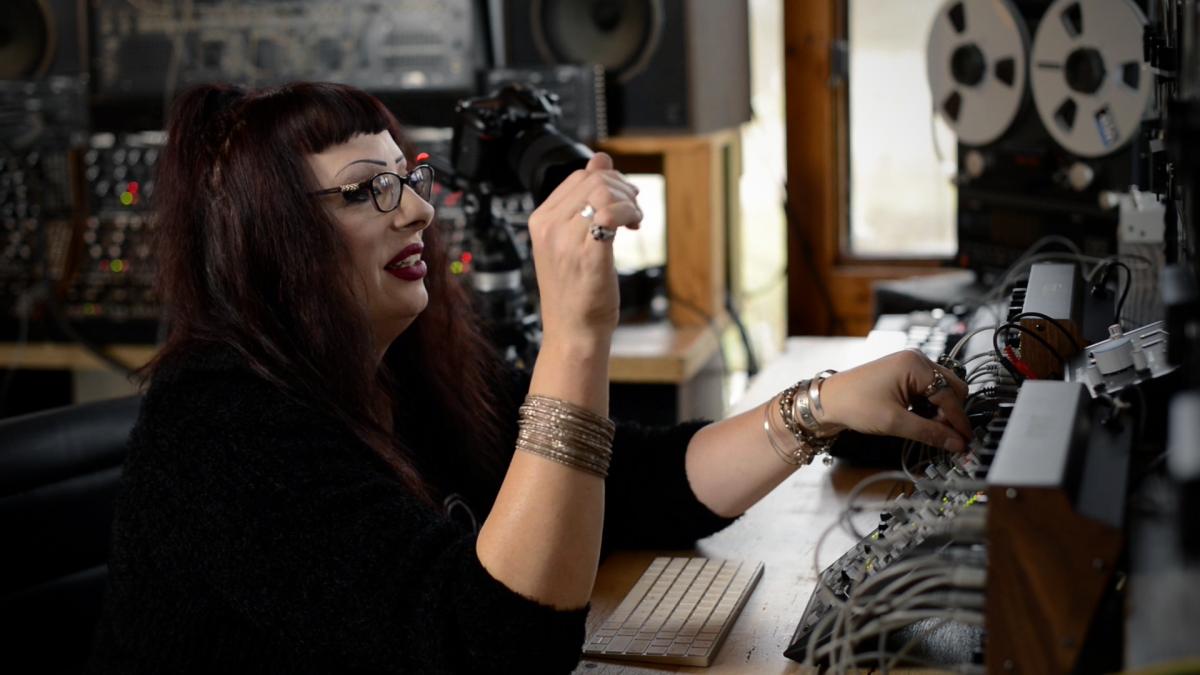 At home in the Appalachians with SSL

Nestled in the wilderness of the Appalachian Mountains, Bella Donna’s studio — home of the ‘Mothership’ — is anchored around several Moog synthesizers including eight Mother-32s, two DFAMs, two Subharmonicons, two Grandmothers, and one paraphonic Matriarch. In addition, on this recording, she used two vintage ARP 2600 synths, an ARP String Ensemble and several tape machines — which she uses for both multi-tracking and sound on sound-based audio segments. 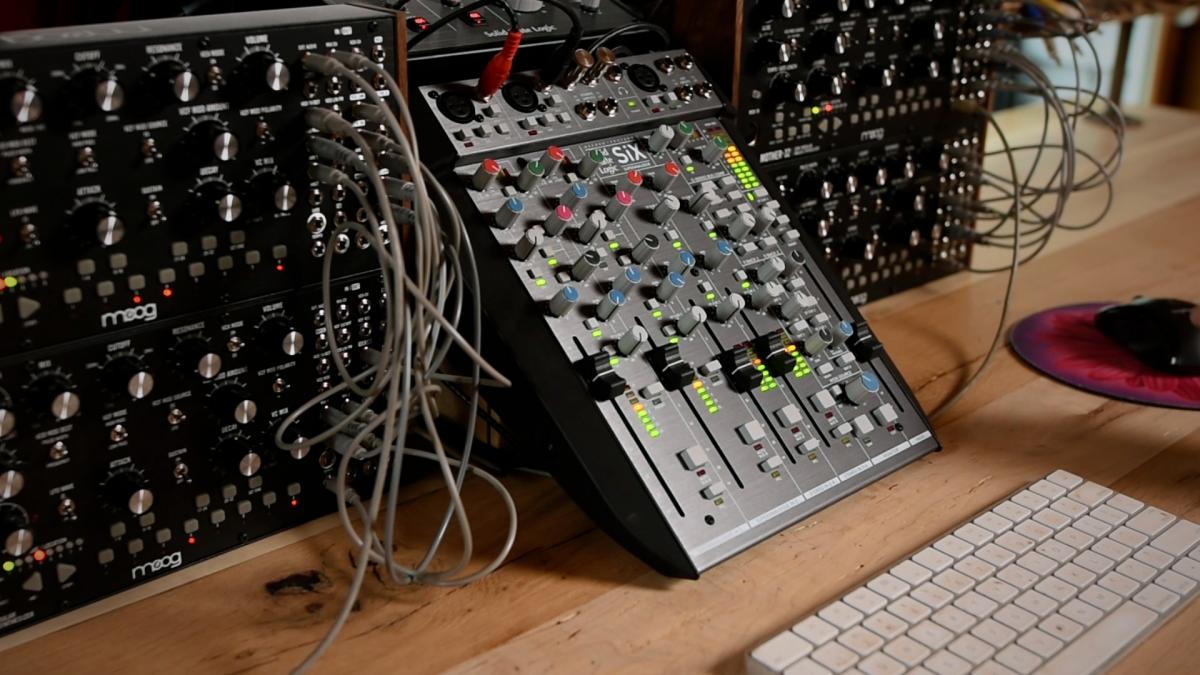 Despite having a well-equipped studio and compositional tool kit at hand, she doesn’t have to look very far for inspiration — as evidenced by December’s Pentacle, which was written, recorded and mixed in just two days: “We had our first snowfall up here in the Appalachian Mountains, and it was just beautiful,” she says. “I love composing in the country because there are so many different landscapes where I live — having that clarity of being in nature is a huge inspiration for me.” 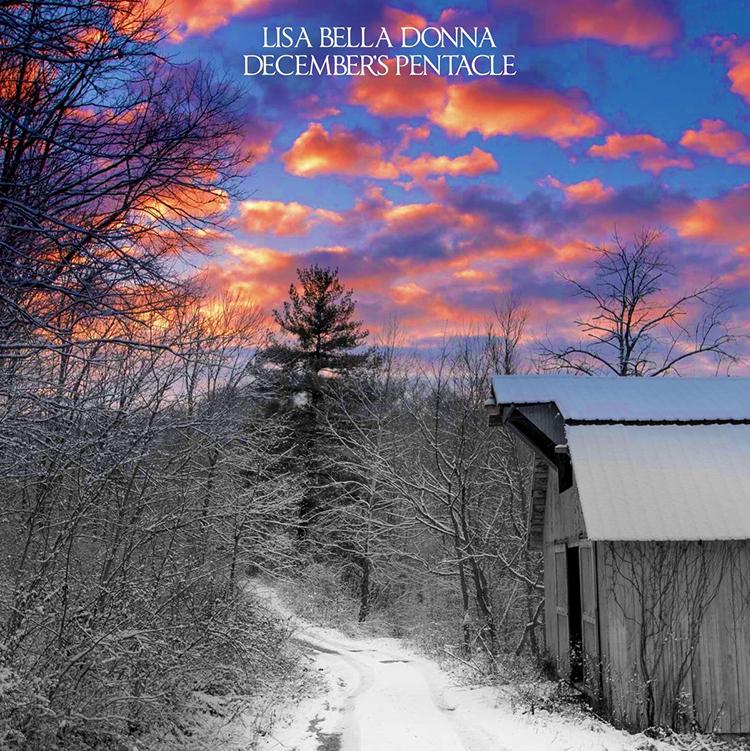 She was equally inspired on hearing the SSL SiX: “When I set up the SiX, the first thing I did was to listen to a ton of music through it,” she says. “First, I would leave everything flat, and then I would turn on the EQ and start carving frequencies and learning it’s range of many colors. Then I patched it up and had a submix of my synths going into the two SuperAnalogue™ inputs, and effects and dynamics coming in to two other channels across the stereo bus.” During mixdown, she came out of the DAW and back through the SiX — utilizing the signature SSL G Series Master Bus Compressor across the stereo track. “The G Series Bus Compressor rules, particularly on beat-driven sounds,” she says. “With the SSL SiX, the detail, tone and the headroom I achieved was really impressive.”

She was equally impressed with the SSL 2+ two channel converter. “I loved mixing and monitoring through the SSL 2+ — firstly, the sound of it was an immediate game changer when it was plugged into my Focal Alpha 80 monitors,” she says. “It is hard to describe, but everything sounded wider, more detailed, and the mix came together so much faster. Most of all, I love having that big master volume knob to reach out and grab.” She employed the eponymous 4k button to inject some of the SSL ‘magic’ on her synth strings: “On this record, I have a pair of vintage ARP String Ensembles, and they all got the 4k treatment. You hit that 4k button and it just opens everything up, imparting this smooth, silky air to the sound. It is a brilliant design.” 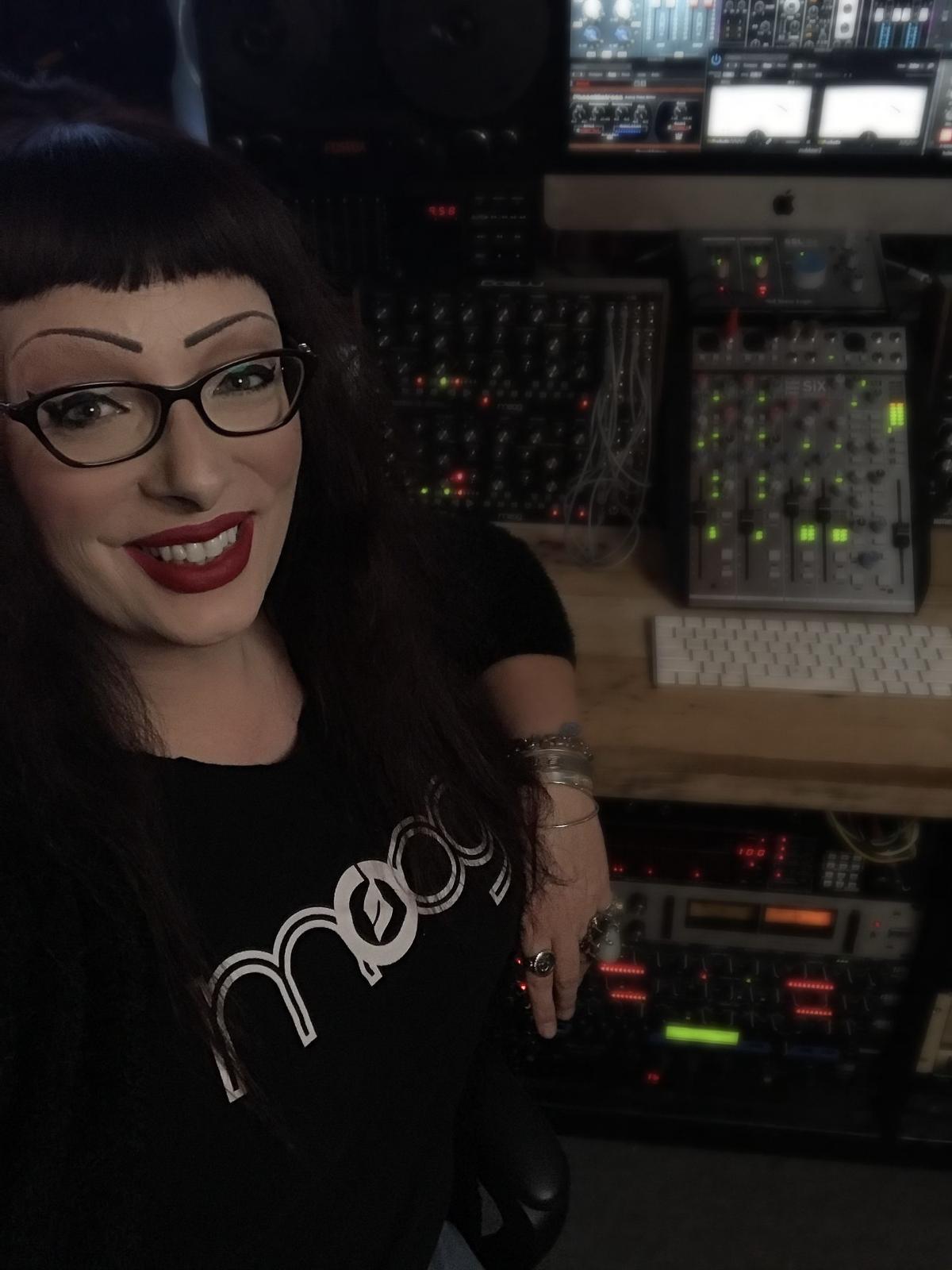 On the whole, the SiX and SSL 2+ have earned a permanent spot in Lisa Bella Donna’s Appalachian hideaway studio. “These devices have been a real game changer,” she concludes. “The SiX will always have a special place in my signal path, and the SSL 2+ is a welcome addition because going in and out of my DAW & tape machine setup.” Together, she says, the SiX and SSL 2+ are a perfect pair: Using these devices together, you can get very high-level, professional sounding tracks — and in a very small space.”