Made By Pete X SSL 2: Hardware, software and creativity

London-based James Boore — known in Production and DJ circles as Made by Pete and whose work has appeared on labels including Crosstown Rebels, Saved, Selador and others — Gears up for new DJ shows, creative sessions and recording with Solid State Logic production tools. This includes new SSL 2 interface, several SSL plug-ins, such as the SSL Native Drumstrip and Vocalstrip 2, as well as new LMC+ and FlexVerb plug-ins which are bundled free with all new SSL 2 & SSL 2+ interface purchase until Jan 2022.

One of his most recent projects "Horizon Red", a collaboration with fellow London-based singer/songwriter Zoe Kypri. The song, which features a combination of alluring chord voicings on piano, organic percussion, programmed 808 style beats and captivating vocals  courtesy of Kypri, was recorded and mixed in Made by Pete's own studio using the SSL 2 two channel audio interface. "I couldn’t have asked for a better result," Pete effuses. "We produced and wrote it together, she sang it, and we recorded it one day using the SSL 2. It was just perfect."

Pete recalls when he acquired his SSL 2 interface: "I was obviously well-aware of SSL and its prestigious reputation, but I was also very aware of the price tags that usually come along with SSL gear. So when I saw how affordable the SSL 2 was, it was a bit of a no-brainer." Now, the SSL 2 has earned a permanent place on Pete's desktop and he's never looked back.

While recording "Horizon Red", the SSL 2 was an extremely versatile, high-quality companion: "When I've got something really special I want to capture, such as a vocal like Zoe's, I almost always instinctively find myself reaching for the preamps on the SSL 2," he says. "And for things like synths and percussion, the 4K analogue enhancement circuit sounds great. That 4K button just adds an extra bit of mojo and character on sounds that I really want to cut through the mix."

"My workflow in the studio relies heavily on the relationship between my hardware and my software, and how the two interact with each other," says Edwards. "When I bought the SSL 2, it included a free trial of the SSL Native plug-ins, and full licenses of Drumstrip and Vocalstrip 2. I've been using the entire suite for a while now, and they've since become an essential part of my tool kit. Whether it is a bit of surgical EQ, or that famous SSL G Series bus compression, the SSL plug-ins had an important role to play in the production of "Horizon Red. SSL are also offering LMC+ and FlexVerb plugins for free until Jan 2022. Giving you that ‘80s producer secret weapon - Listen Mic Compressor and lush, professional quality reverb - FlexVerb. It’s a brilliant package.”

"While recording Zoe's vocals, I used the Vocalstrip 2 to carve out some frequencies that I didn’t want, and to enhance a few others that I did. I also used the gate to control a few breathy elements that were a bit too extreme," says Edwards. "Finally, I used the world-famous SSL G Series Bus compressor on the vocal group. There are a lot of harmonies in that vocal track that just came together perfectly. Every time I tried something, it did exactly what I wanted it to do, and it sounded great."

Made by Pete & Zoe Kypri ‘Horizon Red’ will be released in early 2022 on ‘Solaris Records’, a new Berlin based label from Emanuel Satie.  For more information on Made by Pete, please visit his Soundcloud page at: https://soundcloud.com/madebypete. 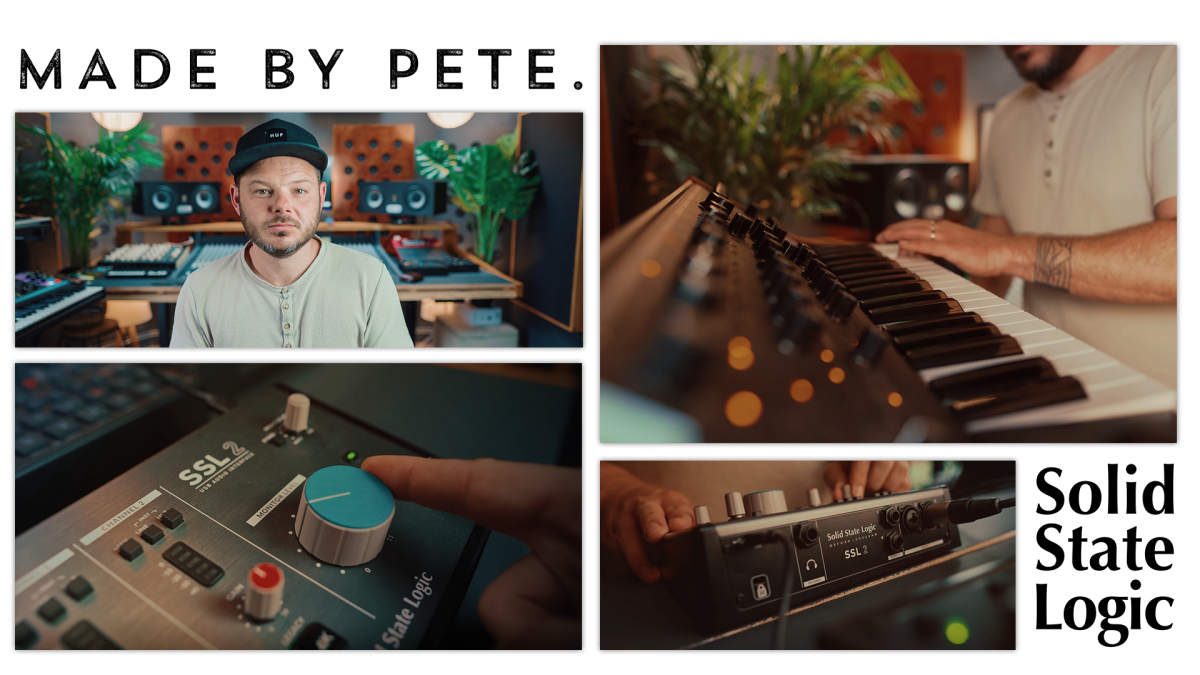 Console grade processing for your DAW. Get the precision, advanced feature set, and legendary tonal characteristics of SSL in affordable plug-in…