Branson, Missouri, August 18, 2022 — Mansion Sound in Branson, Missouri has unveiled major upgrades to its world class multi-room facility, including the installation of two of Solid State Logic’s flagship mixing consoles. The new facility, which opened on August 1, 2022, features an SSL 96-input Duality Fuse SuperAnalogue™ console — the first of its kind to be installed anywhere in the world — and an SSL System T S500 48-fader digital audio mixing console.

Mansion Sound is part of The Mansion Entertainment Group headquartered in Branson, Missouri, and encompasses several creative production entities including Mansion Animation, Mansion Film & Television as well as Mansion Studios — a world-class television production and post-production campus now in full development and pre-construction. At the heart of the group is the Mansion Theatre for the Performing Arts, a 3,000-seat multi-purpose venue, widely considered to be a premier center for the performing arts in the Midwest United States.


"I’ve been using SSL consoles for years, for me there’s no other console that can perform at the highest level sonically yet integrate so effortlessly with modern DAWs." Danny Stone, Mansion Sound's Chief Engineer. 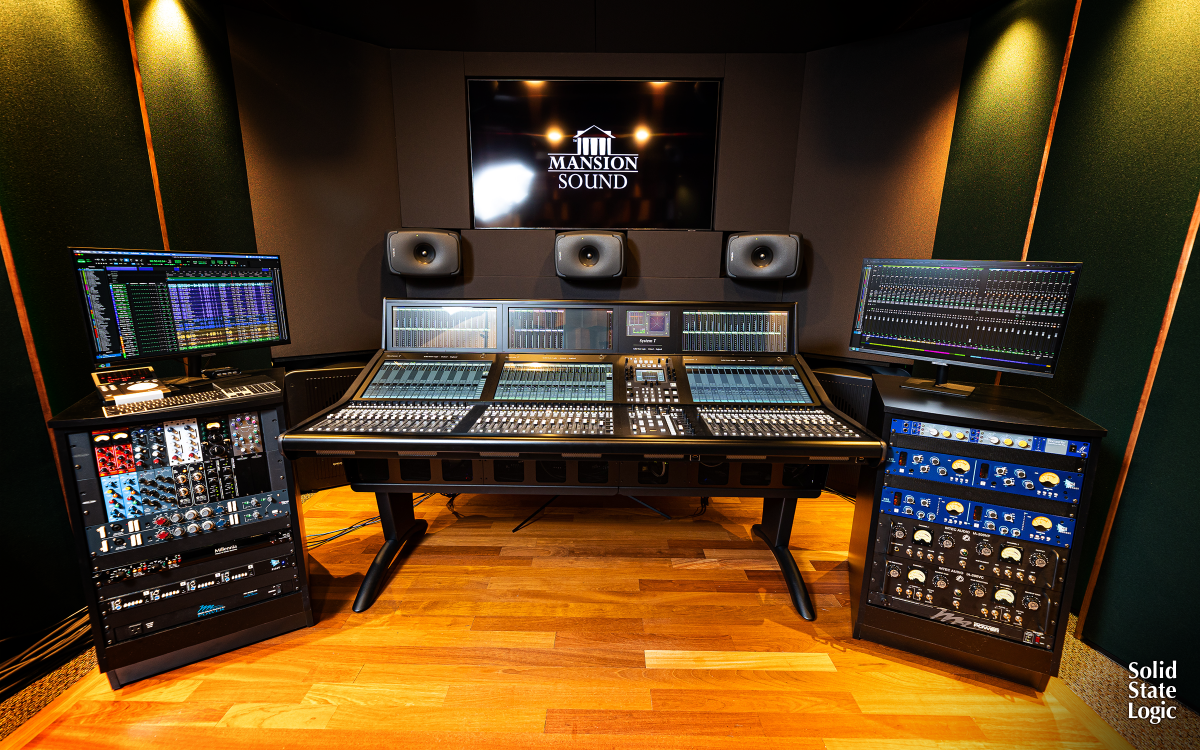 Mansion Sound's inaugural project recorded and mixed through the SSL Duality Fuse was An Ozark Mountain Symphony: A Musical Celebration, with additional stage sources tracked through the System T using an SSL SB32.24 stage box. The hour-long special features The Springfield Symphony Orchestra and a galaxy of Disney, Broadway, gospel and country music stars. Filmed live in concert at the Mansion Theatre for the Performing Arts, it was recorded and mixed by multiple Grammy- and Latin Grammy-winning producer and engineer David Reitzas and will premiere on PBS nationwide later this year.

The integration of the new Duality Fuse and System T represents the continuation of a long relationship between SSL and Mansion Sound, which has previously owned SL4000 E/G and SL9000 J analogue consoles and equipped its remote truck with a C100 digital desk. “I’ve been using SSL consoles for years,” says Danny Stone, Mansion Sound's Chief Engineer. “For me there’s no other console that can perform at the highest level sonically yet integrate so effortlessly with modern DAWs."

Duality Fuse is a new flagship console model from SSL that, among other new features, offers a fully integrated Fusion analogue processor in the center section, providing users with a set of coloration tools for adding tonal character, weight and space to stereo stems. “This latest version of Duality, the Duality Fuse, does things no other console can do,” he says, “and it’s all backed by the support that only SSL can offer.” 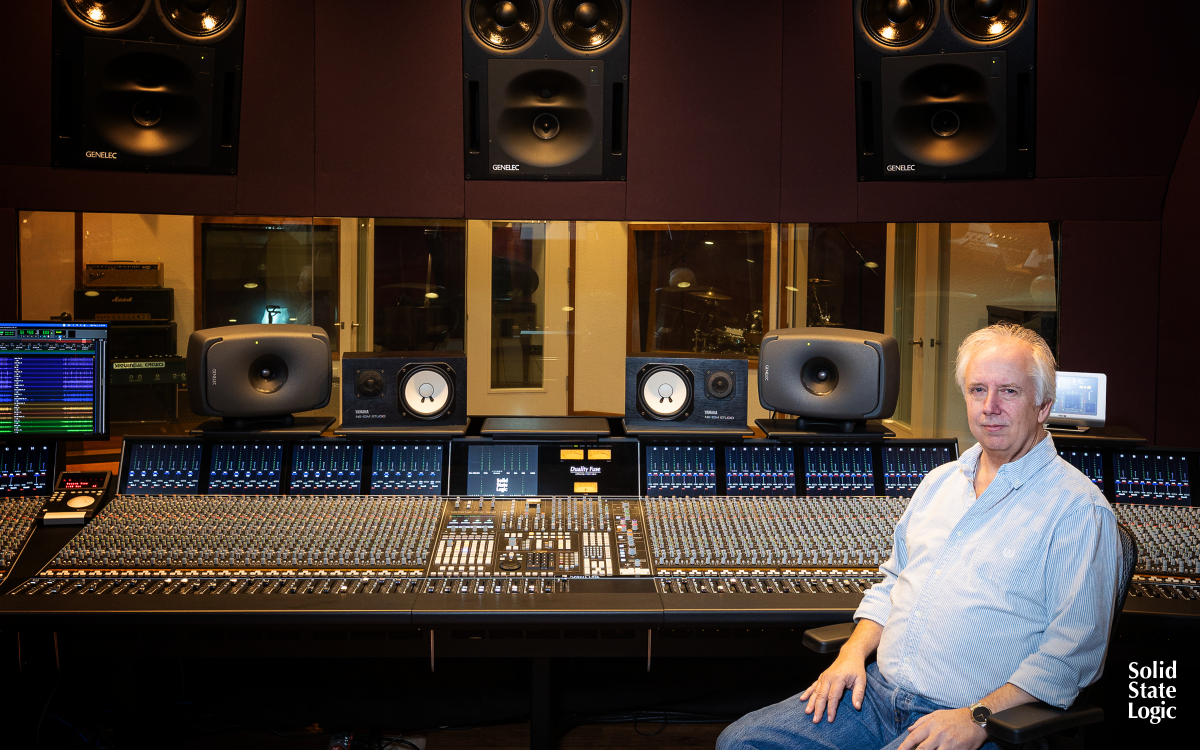 "The onboard SSL processing and the power and flexibility to tackle recording and mixing duties across stereo and immersive formats put the S500 way ahead of the competition."


Immersive audio with System T
Stone continues, “For the B room, we wanted a console and controller that could provide everything we were used to, like SSL EQs and compressors, but with the added flexibility of a high channel count, multi-format busing and tight DAW integration. Once we saw the System T S500 we knew it could do everything that we wanted. The onboard SSL processing and the power and flexibility to tackle recording and mixing duties across stereo and immersive formats put the S500 way ahead of the competition. The training the SSL engineers gave us really empowered us to get the best out of this fantastic console. They can even provide us with support by driving the console remotely from their L.A. and New York offices using TeamViewer.” 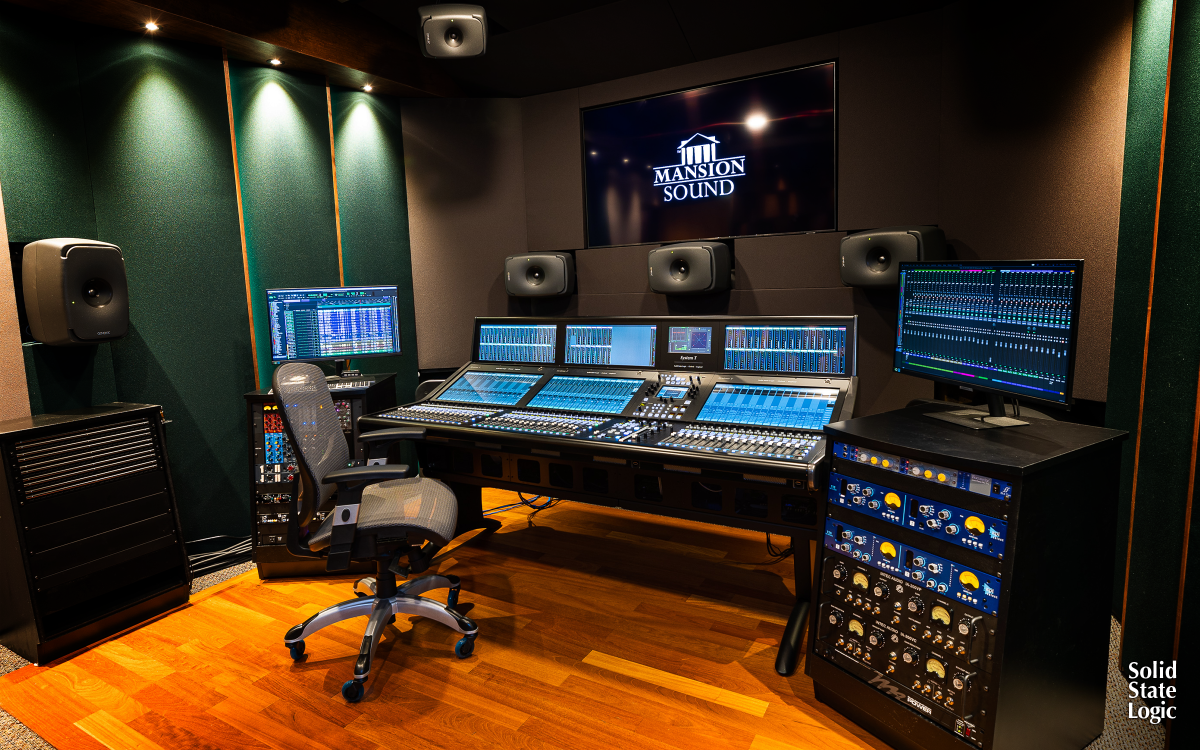 A fully networked ecosystem
The A and the B room — using an SSL SB32.24 stage box controlled by the System T — can both access 128 lines from the stage of the Mansion Theatre, which is in the same building. Both control rooms can also source 128 inputs from a spacious adjacent tracking room, measuring approximately 25 feet by 16 feet, that features three iso booths, the largest accommodating the studio’s Yamaha C7 grand piano. A Dante network enables content sharing between the two rooms, which are each equipped with a maxed-out 34-core Apple Macintosh computer running Pro Tools with access to two Avid 100TB servers, connected via a 10Gb switch, and individual Avid MTRX conversion, routing and monitoring systems.

Two processing racks that float between the A and the B room are loaded with Chandler, GML, Manley and Shadow Hills units. Six Bricasti reverbs may be shared in any combination between the two rooms. A credenza in the A room additionally houses a large selection of classic and modern preamps, effects and processing devices, including LA-2A and Sta-Level units. The System T in the B room has access to two 500 series racks with modules from API, Chandler, Focusrite, Millennia Media, Maag, Neve, Pultec, Shadow Hills and others, including a Solid State Logic UltraViolet EQ.


"The training the SSL engineers gave us really empowered us to get the best out of this fantastic console. They can even provide us with support by driving the console remotely from their L.A. and New York offices using TeamViewer.” 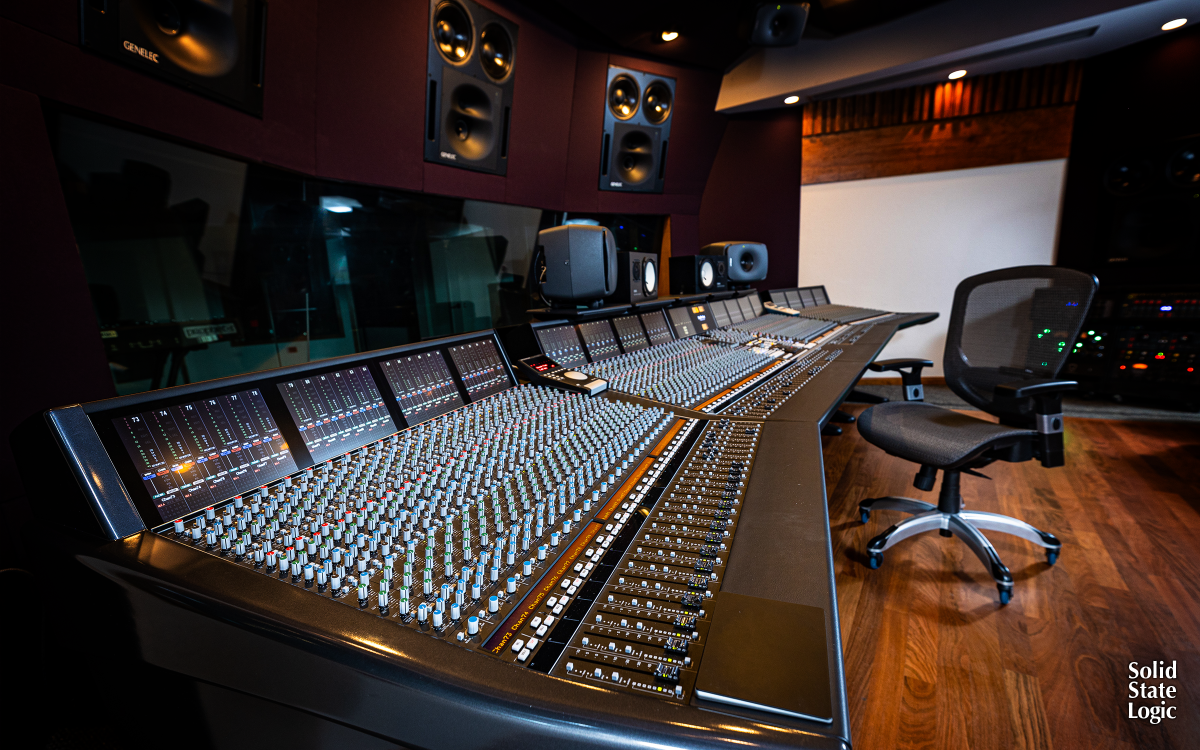 Unrivalled vision and ambition
According to Larry Wilhite, CEO, Mansion Entertainment Group, “It’s overwhelming and humbling to have been able to develop and grow these facilities, encompassing our studios, sound stages, and stage for television and live performances. The team that has been assembled in every area where this company has grown its brand is unprecedented. It’s good to know that no corners have been cut and perfection prevails. It’s more than I ever dreamed of in my lifetime or career. We’re going to use everything to the best of our abilities and hopefully bring a lot of joy and happiness to the world, whether through animation, film, music, live performances or life in general.”

The Duality Fuse allows you to work quickly and ergonomically – and is firmly established as the industry standard for large-scale audio production.

ORIGIN is the culmination of four decades of technical innovation and the ultimate analogue in-line console for hybrid production environments.

The S300 offers a compelling combination of powerful features, making it the most versatile and user-friendly audio console in its class.