After connecting up the ORIGIN and listening to it for the first time, Nizri says, “I was absolutely blown away. This is the sound I’ve been hearing since my childhood.”

Jersey City, New Jersey, February 1st, 2021 — Sound engineer, producer and professional drummer Rubin Nizri has been steadily growing his New Record Studios business since establishing it in New York City in 1999. Now Nizri is positioning his facility, which relocated to New Jersey in 2014, for the next stage in its growth with the installation of a new 32-channel Solid State Logic ORIGIN analog in-line mixing console. 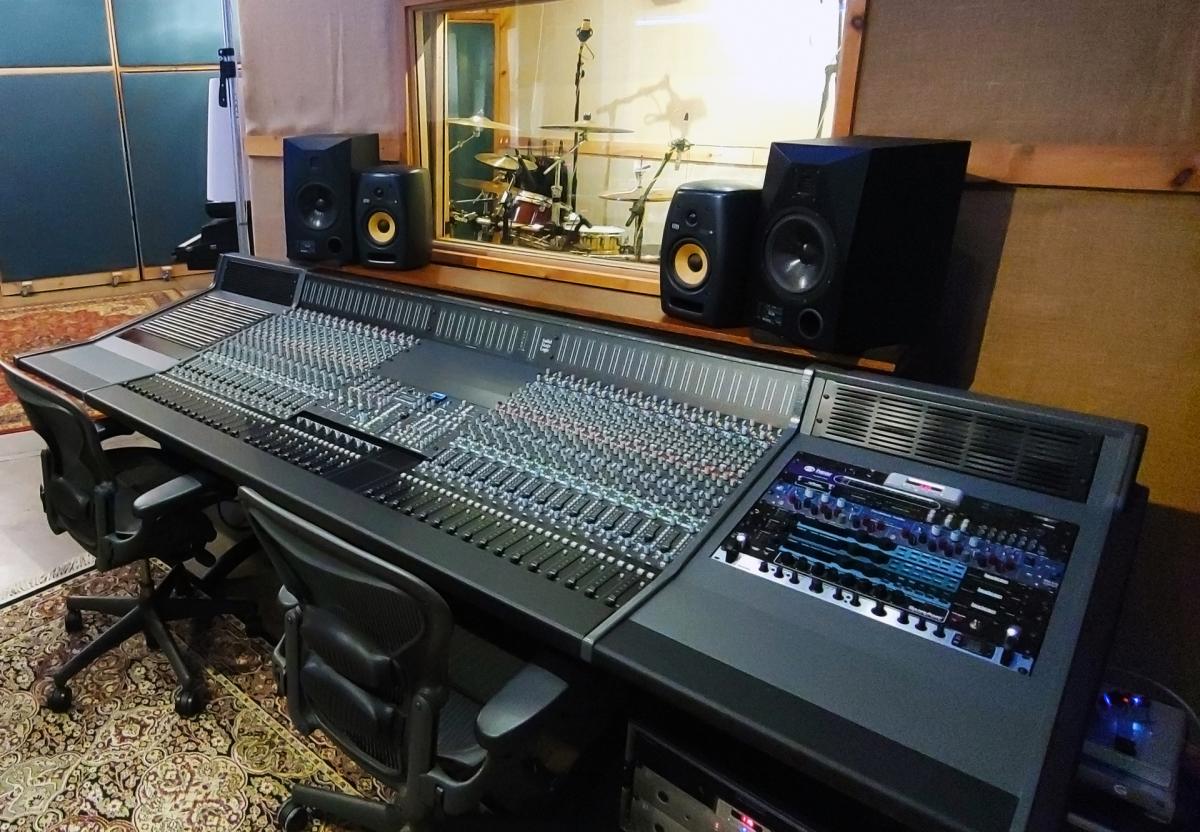 The new SSL ORIGIN console, installed at the beginning of 2021, also positions Nizri to expand his already impressive client list, which includes Stefani Germanotta (Lady Gaga), Tiësto, Sheryl Crow, Norah Jones, Jessie J, Martin Garrix, Rashied Ali and others. It also realizes Nizri’s longtime ambition to own an SSL desk. “I’ve been a huge fan of SSL for a many, many years. I don’t know how SSL do it, but they get that warm, round, thick sound,” he says.

Unfortunately, SSL G+ and J Series consoles were always beyond Nizri’s budget. Then, in late 2019, SSL launched its latest all-analog desk, which combines a modern feature set tailored for digital production workflows with the company’s classic console designs. “After I discovered the ORIGIN, I said, this is the baby for me.” 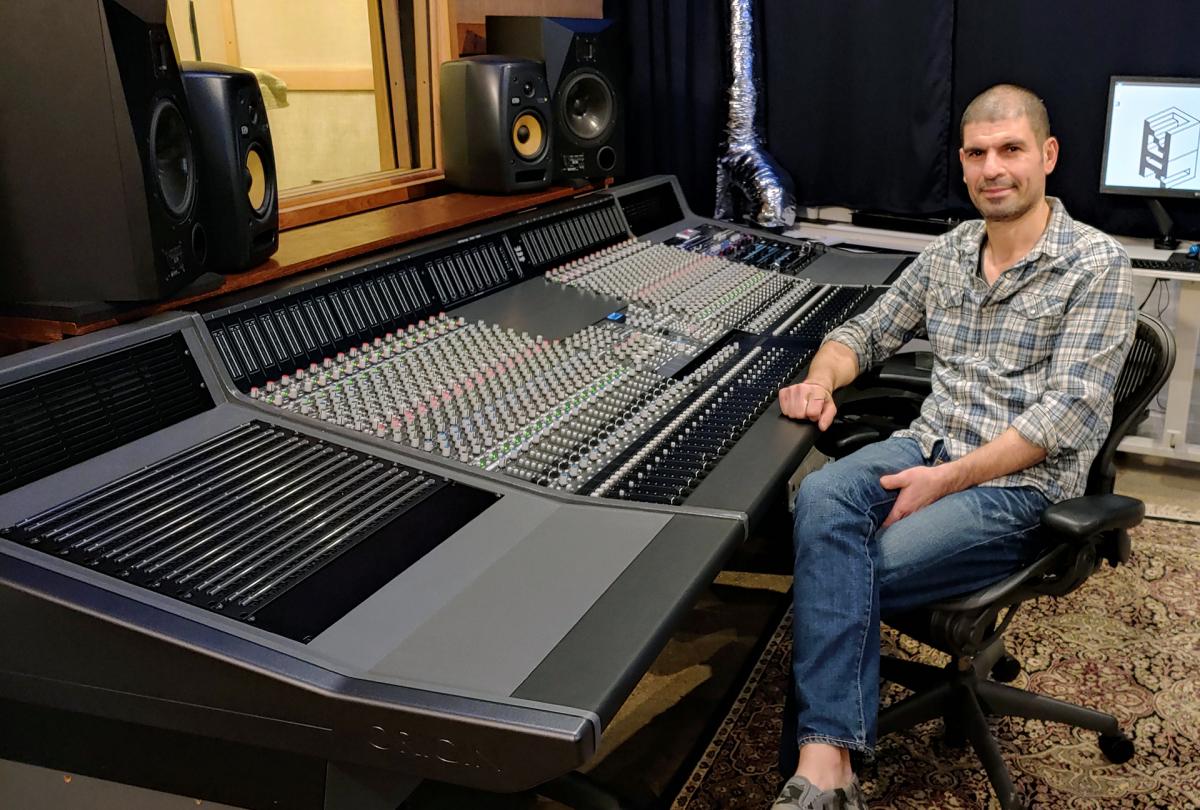 One attractive feature of the new ORIGIN, Nizri says, is the fact that it includes the traditional four-band parametric equalizer section originally featured in the E Series console, popularly known as the Black EQ, on every channel. “And the fact that it’s really flexible,” he says. “I love the in-line design. That makes it really comfortable to work on.” With its design benefitting from the latest advances in technology, ORIGIN has a number of advantages over some older desks, says Nizri, which can come with hidden costs. For instance, he says, as the owner of a smaller facility, he would most likely need to upgrade his air conditioning and see his electricity bills skyrocket as a result of installing an older console. “Some of the features that drew me to the ORIGIN were the fact that it doesn’t take a lot of electricity, I can put it to sleep and I don’t have to cool the room,” he says. 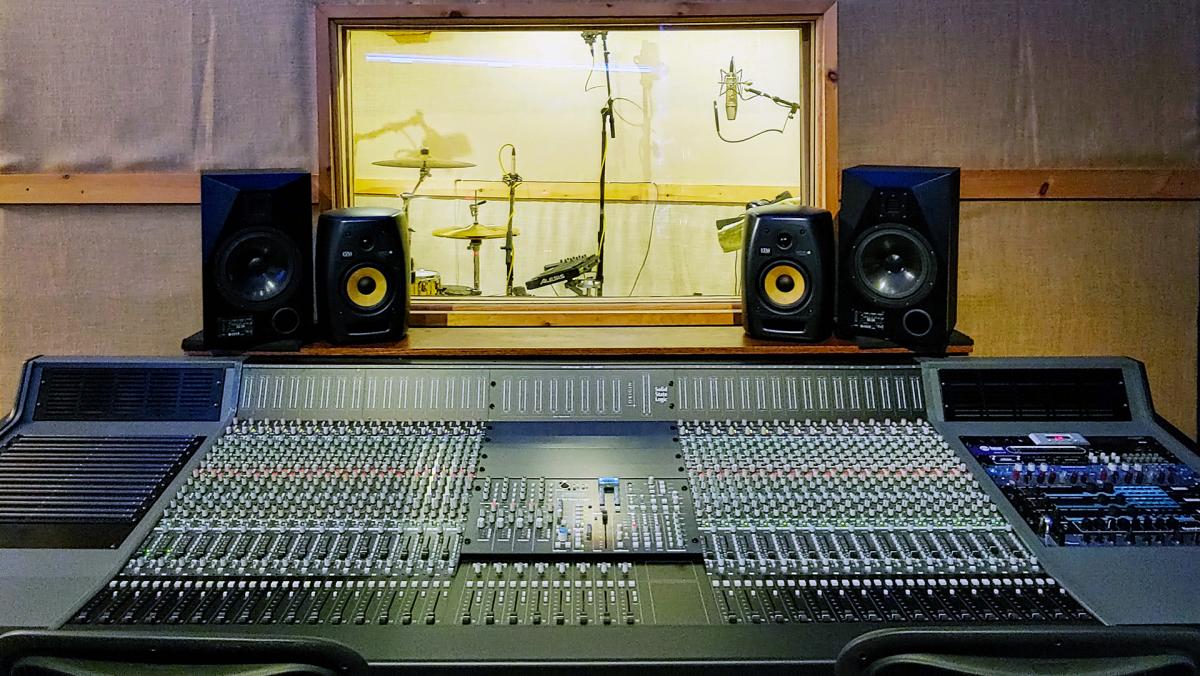 He was initially concerned that the ORIGIN would not offer the flexibility that he had become accustomed to with his previous digital mixing console. “I’m one of those geeks who, before I buy something, I read the manual to see what works and what doesn’t. I was blown away, and figured, I’ll try and go for the board. I have to bring the studio into the future.” 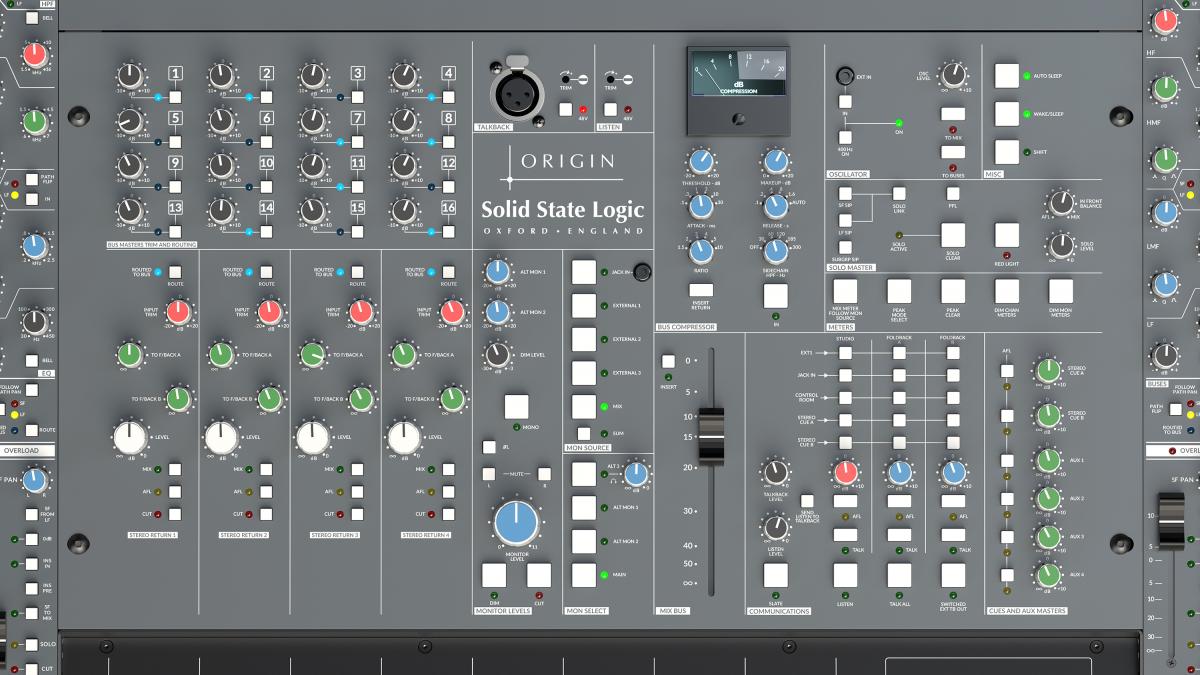 The outboard equipment racks at New Record also house a pair of SSL XLogic Alpha-Link MADI AX converters. Nizri started out on MOTU’s workstation platform before switching to Cubase. “Two-inch tape was never an option for me, financially. I do have Pro Tools, if a client insists, but my workflow is way more comfortable with Cubase,” he says.

After moving to New York City in the early-1990s, Nizri opened New Record Studios in a former church on Manhattan’s Upper West Side in 1999. Following a two-year search, he relocated to Jersey City in 2014 and opened a new facility in the former A&P Warehouse in Jersey City’s Powerhouse Arts District. For many years, he was also the live recording engineer at The Cutting Room, a rock club and lounge on East 32nd Street in Manhattan, where he also designed the sound system and acoustics. “The Cutting Room got me a lot of work,” he says. “It was a good connection to have.” 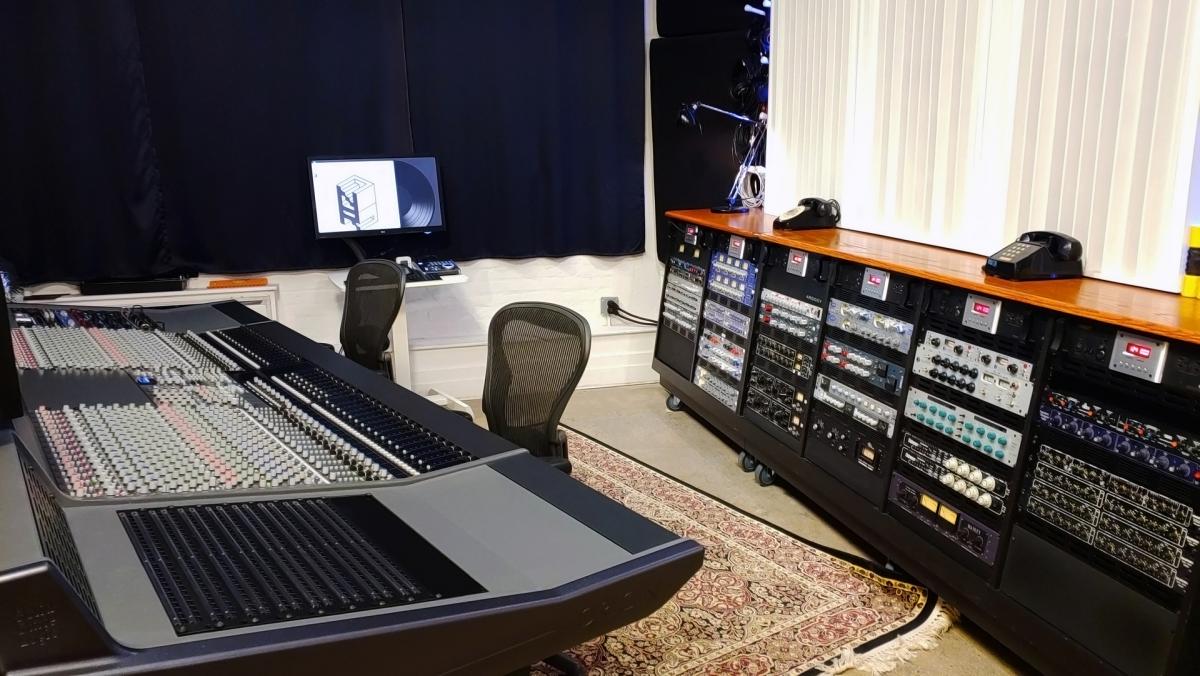 Referencing artists such as The Police, Sting and Hugh Padgham’s work in addition to Peter Gabriel and Genesis, Nizri says, “I grew up in Israel listening mostly to English music.” Even though he outfitted New Record with a digital desk and racks and racks of outboard equipment, he says, “I still didn’t get the sound that I wanted, although I was able to create my own sound with it.” After connecting up the ORIGIN and listening to it for the first time, he says, “I was absolutely blown away. This is the sound I’ve been hearing since my childhood.” 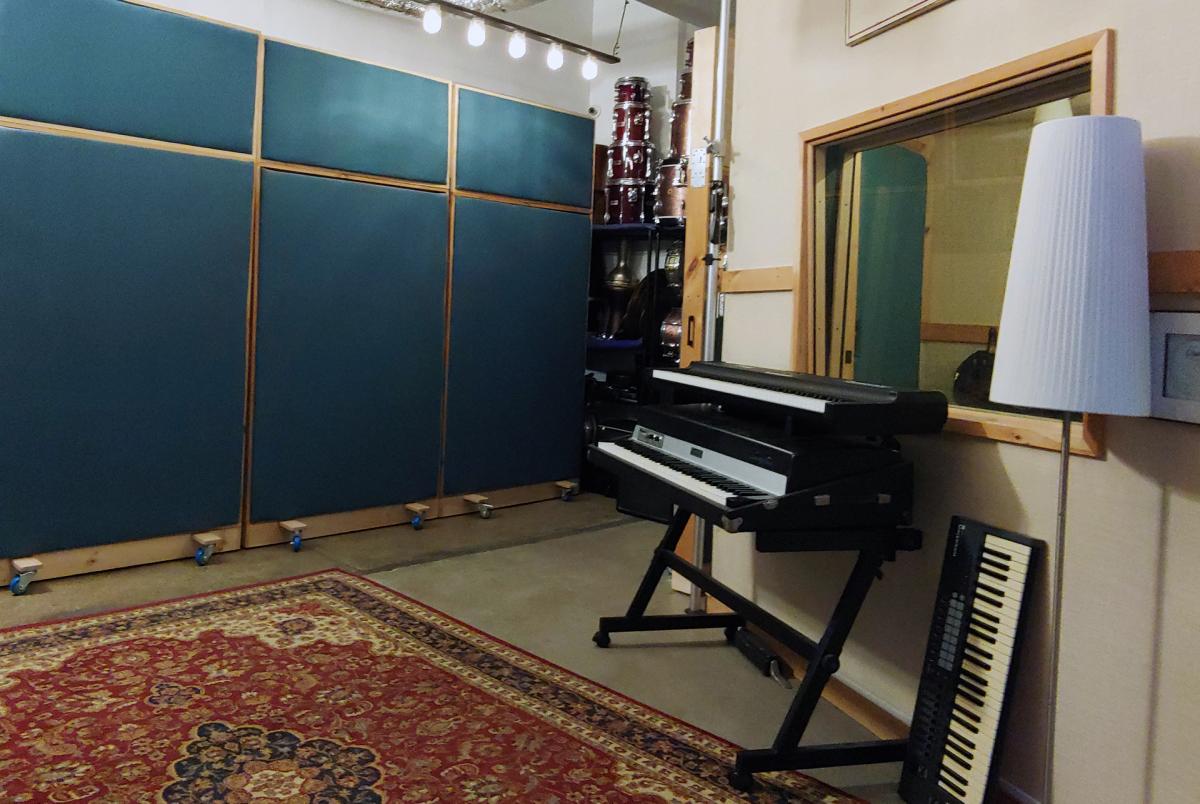