Herb Tucmandl, CEO and Founder of Vienna Symphonic Library Gmbh, identified the need for a hybrid studio some years ago – one that would provide uncompromising orchestral recording facilities yet was flexible enough to accommodate all modern production approaches. Tucmandl eventually purchased an original 1940s stage that had been neglected for some time. Local regeneration had seen the demolition of many buildings of similar age in the same area, though this building had been saved by a preservation order on a rare cinema organ housed in the central live space. "We could not have built a building this size from scratch," comments Tucmandl. "...We were lucky that it became available at the same time we were looking." 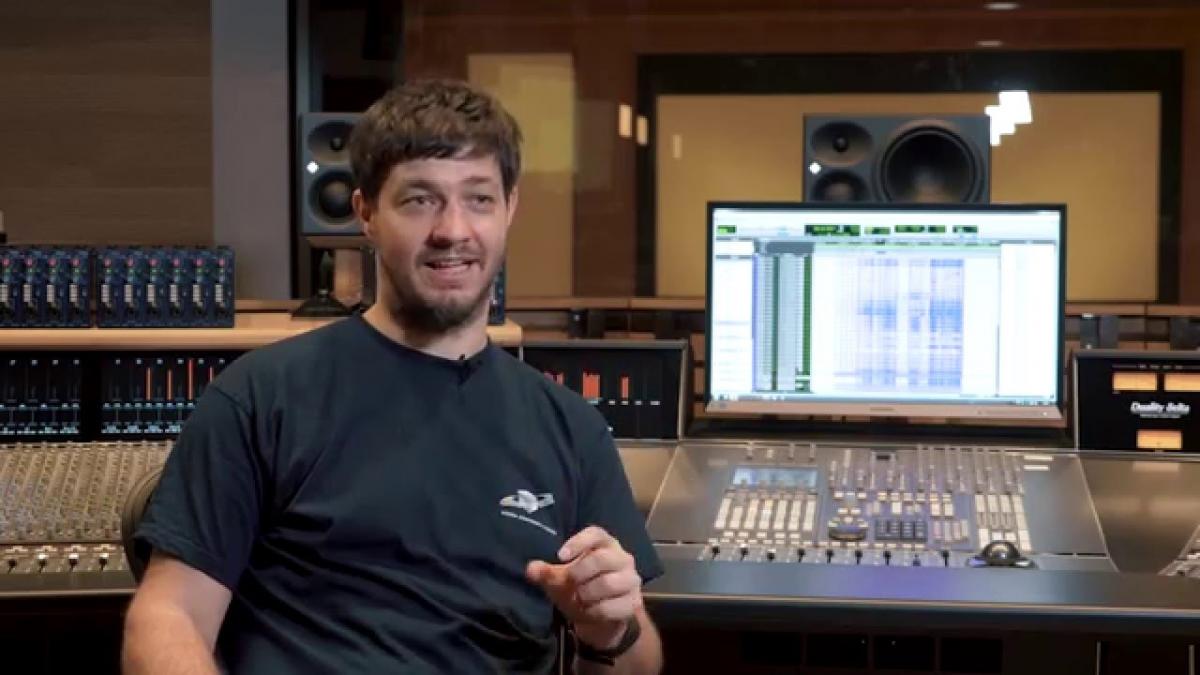 The studio features a substantial, original, room-in-room construction with up to a three meter gap around the central 540m2 Stage A. " It sounds really open," notes Bernd Mazagg, Technical Director & Chief Audio Engineer at Synchron Stage Vienna. “I think it's one of the best rooms in the world."

We could not have built a building this size from scratch. We were lucky that it became available at the same time we were looking.
Herb Tucmandl

Additional studio and office facilities surround that central stage, including the 80m2 'B' live room, Control Rooms A and B, production lounges and facilities, and office space for the Vienna Symphonic Library staff and operations. There is also a temperature-controlled basement instrument storage area with direct elevator access to the main stage.

The centre piece of Control Room A is the 96-channel SSL Duality δelta Pro Station console, while Control Room B will house a 48-channel Duality δelta. Monitoring for the musicians in Stage A is managed by an SSL L500 Live console.

According to Mazagg, the Duality δelta console was their first choice for several reasons, not least being its flexible input path. This allows the operator to choose between using just the ultra-clean Super Analogue path or adding the VHD (Variable Harmonic Drive) circuit for an adjustable, characterful input.

The Duality Pro Station 'wrap-around' frame allows the centre section to accommodate a large display so that the operator can have direct DAW control from the sweet spot, while keeping the rest of the console within easy reach and taking advantage of the Duality's DAW control aspect. Dualities were chosen for both the A and B control rooms so that clients can easily move between the two spaces, depending on need. This also allows both consoles to be used simultaneously, effectively creating a single 144-channel recording console.

In addition to analogue wiring between the control rooms and recording spaces, audio is converted and distributed via a high-capacity, redundant Dante network to all spaces and rooms in the facility for recording and monitoring. SSL Alpha-Link MX 16-4 and 4-16 interfaces do the A/D and D/A conversion, while MADI-Dante bridging and sample rate conversion is handled by SSL Network I/O MADI-Bridges. Pro Tools HD I/O is taken care of by SSL Delta-Link interfaces.

The Network is clocked at the recording sample rate (normally 192kHz) and, by dividing this word clock and using the fast, high-quality sample rate conversion in the Network I/O Bridges, other components in the system can be clocked for appropriate sample rates. Pre-lay sessions can be played back at 48kHz, for example, while the monitoring feeds and the L500 console can be clocked at 96kHz. The network latency is less than 0.7 milliseconds from microphone back to headphones - something that Mazagg notes was only possible using the SSL Network I/O and Alpha-Link combination together with careful network design. 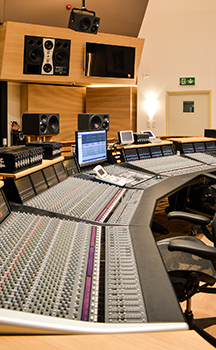 Mario Reithofer of TSAMM Professional Audio Solutions helped specify much of the technology in Synchron Stage Vienna, and supplied not only all of the SSL products, but most of the other equipment as well. He was instrumental in specifying the Dante infrastructure. "First we came up with a MADI solution," he explains, "But it was too complicated.... Dante has given them fantastic flexibility and redundancy in a simple network."

For monitoring, the small footprint, high channel count, and flexible structure of the L500 made it an ideal choice for this role. Monitoring inputs are picked straight from the Dante network and mixed on the L500 to a large number of monitor outputs - sometimes over twenty for large orchestral sessions. "The Query function makes it really easy to handle those mixes," says Mazagg. "You can simply select the monitor path you want to mix into and you have everything at your fingertips." 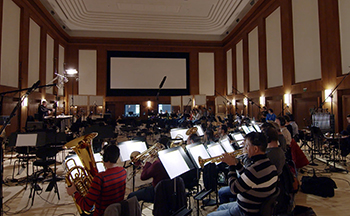 Initial recording tests at the facility were undertaken with full orchestra, and attended by a number of influential film music personalities, including Conductor and Orchestrator Conrad Pope, and Music Scoring Mixer Dennis Sands. The Duality pre-amps were preferred for most inputs, with the console's VHD circuit used to add just the right amount of colour to certain inputs. "For me it was quite amazing to hear the complete studio for the first time," says Mazagg. "....I was nervous. I knew that it could sound really good, but when I heard the Orchestra playing through the speakers, and though the whole signal path for the first time it was simply amazing... It was much better than we'd hoped it could be."

TSAMM’s Mario Reithofer comments: "I think this by far the best studio I have been involved in. There is no other place like this on the planet... I am very happy to have been a part of its creation."

In a recent video made in Synchron Stage Vienna's Control Room A, Dennis Sands said: "It's incredible... The sound translates so well into this space. It's very smooth and open... And it sounds good no matter where you are... Truly a world class facility... Certainly one of the best rooms in the world, there's no question."