Palma, Mallorca – Palma Music Studios is a new ground-up commercial facility on the beautiful Spanish Balearic island of Mallorca. It features a range of flexible production spaces, including the 'Quincy' control room, with a 48-channel Solid State Logic Duality δelta SuperAnalogueTM console at its heart and the spacious ‘Wonder’ live room. The studio is a joint project between Swedish Producer / Songwriter Fredrik Thomander and his friend - musician, gearhead, and EasyJet Chief Executive Johan Lundgren. 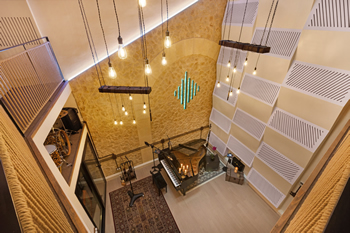 Some of the ample live space at Palma Studios

Rooms With a View

Thomander made the move to Palma, Mallorca, three years ago, after having creative bases in Stockholm and then Los Angeles. It started out as his new family home, with Thomander travelling from there to artists and collaborators around the world. It seems that the lure of Palma rubbed off on those people: "At some point the artists I was working with realised I was living in Palma," he explains. "So they started saying - 'screw that, you’re not coming to us, we're coming to you!'"

We could do a Beatles-on-the-roof thing overlooking Palma... Or if people want to shoot YouTube videos, do unplugged sessions, stuff like that, it's perfect
Fredrik Thomander

But Thomander had no permanent studio, so he borrowed apartments, used various houses as temporary spaces, and so on to accommodate his visitors. Then just over two years ago, he met Lundgren. "We became friends and collaborators, and at some point Johan said, 'It's strange that artists are coming to you in Palma and you don't have a studio, but I have a studio with no artists and want to be in Palma.'" That was the moment when Palma Music Studios was conceived.

After buying a plot of bare land, the pair set about designing the new studio, and broke ground in January 2017. Nick Whitaker was the Acoustic consultant on the project, and Paul Ward (Oxford Studio Systems) was brought in for wiring and infrastructure. The building spans three floors and has a central, residential location, which according to Whitaker made the sound insulation one of the biggest challenges of the project. This resulted in eight floating zones for the build. “It was extremely rewarding to work with the local contractors and interior designers to give the rooms world-class acoustics, together with a very Balearic look and feel,” says Whitaker. “The magnificent double height Live Room, a high priority in Johan and Fredrik’s original brief, was a rare pleasure to work on.” 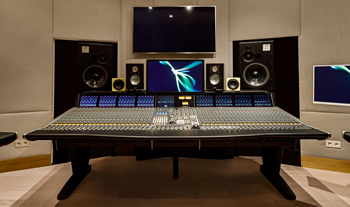 The studio’s basement level consists of three project rooms, a vocal booth, and a larger production studio. "That's our 'writing camp' floor - for modern / EDM production," says Thomander. "Five or six producers can work at the same time with a few artists, using the big room as the mothership and the smaller studios as satellites."

The ground floor has the Quincy Room - the large SSL control room - as well as the Wonder Room live space (with the advantages of street-level load-in and an eight-meter ceiling height), a vocal booth, and amp booth. Above the booth spaces is a balcony / hospitality area for the Wonder Room, and the third floor has the Winehouse Room - a 5.1 studio for post production services - along with the lounge and kitchen area. The whole thing is topped off with a rooftop terrace, which is also wired for sound. Thomander: "We could do a Beatles-on-the-roof thing overlooking Palma... Or if people want to shoot YouTube videos, do unplugged sessions, stuff like that, it's perfect."

I'm getting into the SSL now, bringing all my workflows with me, and it's proven to be fantastic… The sound is amazing.
Fredrik Thomander

The SSL Duality δelta consoles started life as a 24-channel frame, owned by Lundgren. "He had looked at plenty of other consoles," says Thomander. "I think he just fell in love with the intuitive interface, how good it sounded, and the integration with Pro Tools - basically everything about it." For the Palma Studios development, Thomander has added another 24 channels. "We can now mic everything here, bring outboard effects back into the console, stems from Pro Tools, and we don't run out of channels... We have everything in the studio miked up and ready to go, or we can flip and have a clean desk with all channels - one to 48 - for mixing."

Thomander himself had spent a long time in the 'in-the-box' wilderness before realising the advantages of the Solid State Logic hybrid approach and bringing his own DAW workflow to the console: "I sold my old Amek Angela desk in 1999 and have spent the last twenty years working in the box... I'm getting into the SSL now, bringing all my workflows with me, and it's proven to be fantastic… The sound is amazing.

"A big change for me has been rethinking the mix bus. It’s been really exciting to work with several analogue mix busses. I use the SSL’s Mix Bus Compressor on bus A, and I insert outboard EQs and compressors on C and B and blend them. That's been great. And since I have been working with the mix busses like this, we have set up a way of printing alternative mixes onto another computer through top-quality convertors at 88.2kHz. That feels very luxurious and cool!" 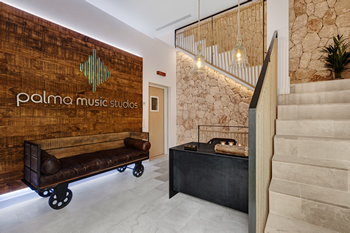 The Duality's comprehensive DAW control features and δelta-Control (DAW-based automation) are also giving Thomander's workflow a boost. "I've bought several different control surfaces through the years, but never used them - eight faders here and there that never get touched. The Duality is a complete instrument, which is very exciting... It's a good time to build a studio today, where digital and analogue worlds work so well together."

Thomander notes that he and Lundgren always intended Palma Music Studios to exceed expectations, particularly in a location that has the potential to outshine the facility itself. "We couldn't just build an 'okay' place and have people say 'it's good, but we're really going because it's in Mallorca'... We want people to say 'it's a great studio, and it's on Mallorca!'."