Las Vegas, Nevada, October 6, 2022 — Studio and live sound engineer Rick Camp has upgraded his Master Mix Live facility, which he has designed for Dolby Atmos, 5.1 and stereo music mixing and remixing, both in the studio and remotely, with a new Solid State Logic System T S300-48 console powered by a T80 Tempest Engine. Camp’s upgrade is a response to the surge of consumer interest in Dolby Atmos Music streaming through platforms such as Apple Music and TIDAL and also enables him to focus on live concert productions, including his own live immersive project, which is destined for the Las Vegas Strip, as well as film premixing.

The System T replaces an analog desk that was not designed for immersive music mixing at Master Mix Live, which Camp established about a decade ago for the teaching of intensive live audio engineering courses as well as studio and broadcast engineering. “I’m not an in-the-box kind of person; I never have been,” he says. “I did my research due diligence and found out that System T has a 7.1.4 mix bus, unlike pretty much any other console out there, so I said, ‘OK, this is the way to go.’” 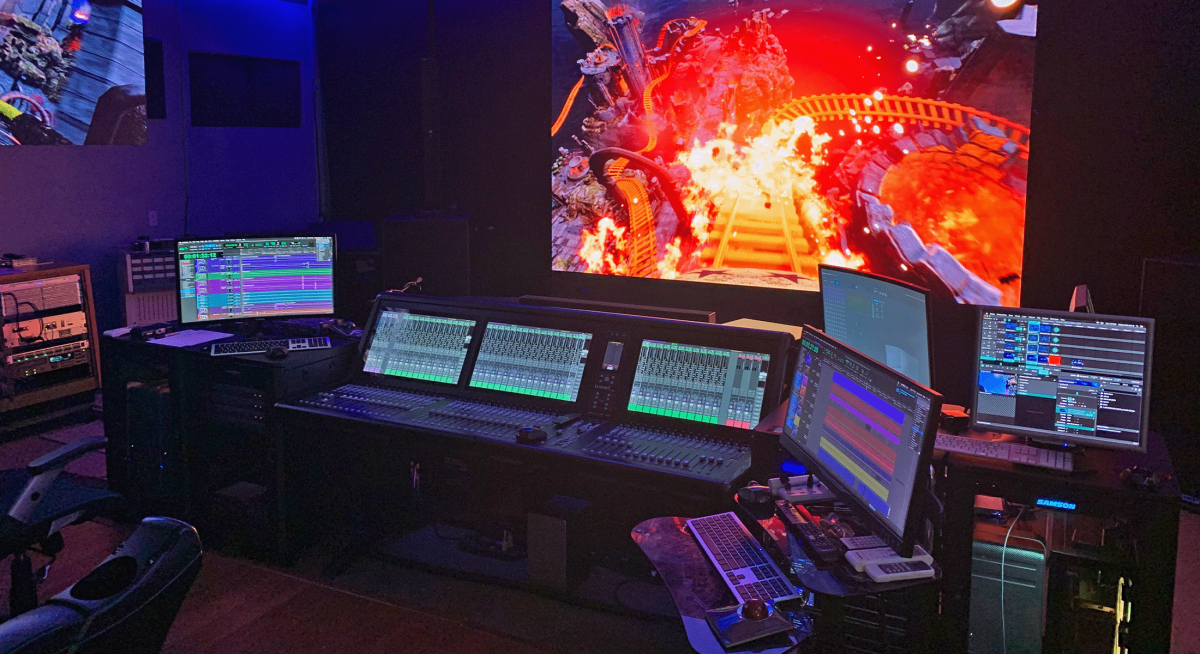 Camp, an accomplished musician and Berklee College of Music graduate, has always worked both in the studio and on the road since starting his career in Ohio 40 years ago. Over the decades he has owned and operated his own production facilities and has toured with an extensive list of A-list clients, from The Whispers, The Temptations and Barry White through Beyoncé, Madonna and Jennifer Lopez. Along the way he has also recorded and mixed a variety of live concerts by several of his touring clients for release in 5.1 on DVD.

“The real reason I bought the System T was for my project that I’ve been working on for six years,” Camp says. When he began work on the project, he says, immersive technology was not yet as accessible as he needed it to be, especially the Dolby content creation tools. “Five, six years later, all of that is built into Pro Tools. I’m also using the Dolby Atmos Mastering Suite, which is a standalone program,” he says. “This immersive project is huge — I’m probably running 700, 800 tracks.” The live production, which he plans to stage on the Las Vegas Strip, will be anchored by another SSL System T, he says.

Camp has integrated his new 48-fader, dual-operator System T S300 with an assortment of SSL Network I/O interfaces that provide access to and from the various audio transport systems in the room. An SB32.24 Stagebox supports 32 mic/line inputs, 16 analogue line outputs and eight digital I/O; an A32 provides 32 SuperAnalogue™ line-level I/O to the Dante network; a TCM1 offers MIDI and LTC connectivity; and a MADI-Bridge supports bi-directional conversion between MADI and Dante. An additional four Network I/O units bridge Camp’s dual Avid Pro Tools HDX Ultimate systems from MADI to the Dante network. In total, he says, “I can do 1,024 Dante inputs and outputs, 256 channels of MADI and 64 channels of analog I/O.” 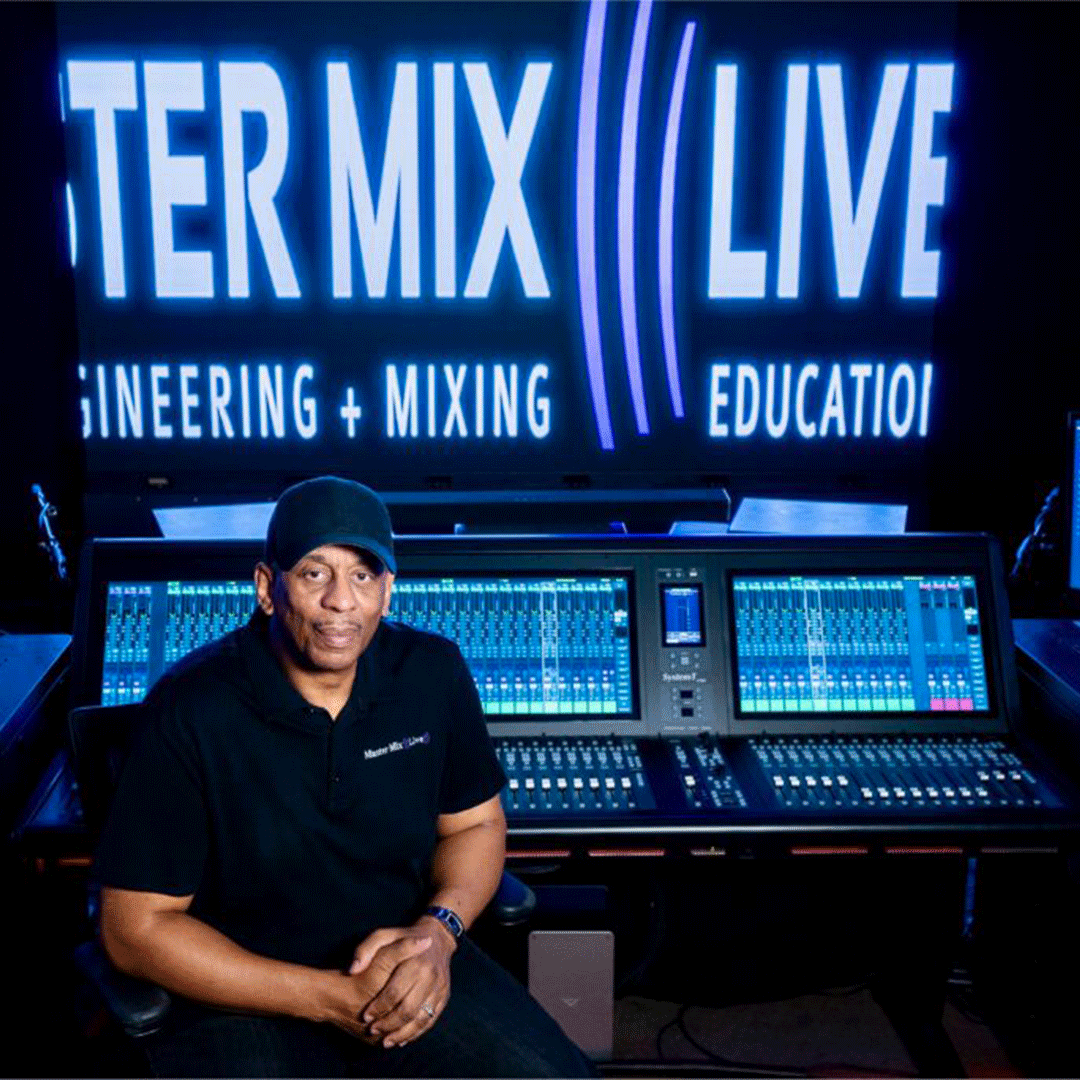 The Master Mix Live control room is outfitted with two 7.1.4 speaker systems, managed by a DirectOut Technologies Prodigy MP multifunction processor. The studio can stream 128 channels of 48 kHz/24-bit audio to and from anywhere in the world via the Ravenna protocol locked to a Sonifex GPS satellite-synchronized word clock, enabling Camp to mix a remote project in 7.1.4 through the System T and return it to his clients in near-real-time with minimal latency. The S300 is also configured to remote-control any other SSL System T console in the world using SSL’s proprietary control protocol over the facility’s VPN network. 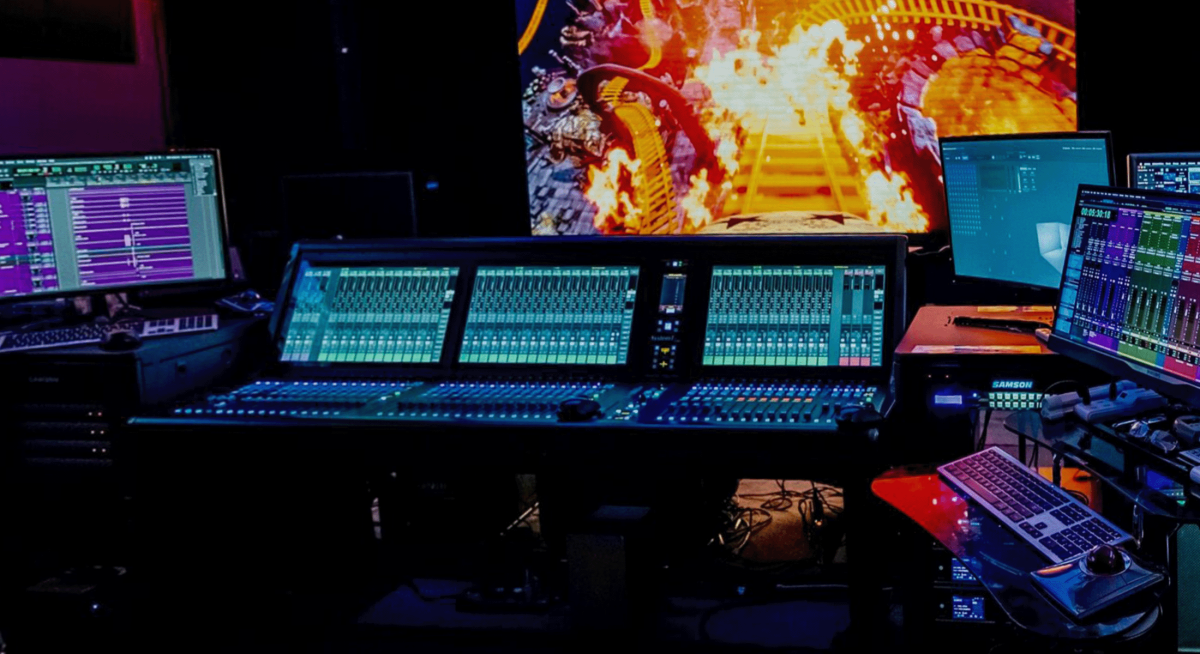 Camp’s Dolby Atmos workflow is hybrid, he explains, with panning for the project bed accomplished through the System T rather than in the computer. “I use three separate beds: dialog, music and effects,” he says. “I also use the desk for object routing. It comes out of Pro Tools over MADI, into and out of the desk via Dante, and into an object channel. Since the desk can’t access the object panning, I use a separate panning tool to access the object channels over the Dante network. But the audio flow is out of Pro Tools, through the desk and into the Dolby Atmos renderer. That’s the only time I’m using anything inside Pro Tools.”


If you’d like more information on Solid State Logic’s System T for immersive audio and music production, the S500 large-format console will be available for demonstration at AES NY 22, Booth 119. Book an appointment here: https://bit.ly/SSLAESNY22