Anaheim, California, July 15, 2021 — With live streaming having become increasingly important during the pandemic, enabling churchgoers to participate in services while stuck at home, Sa-Rang Community Church upgraded its main mixing console to improve the audio quality of its broadcast feed. The Korean-American megachurch has installed a Solid State Logic Live L200  Console at front-of-house, where it also sends monitor feeds to the band and choir, with an SSL Live Remote Fader Tile providing an engineer in the broadcast suite with additional control over the livestream mix. 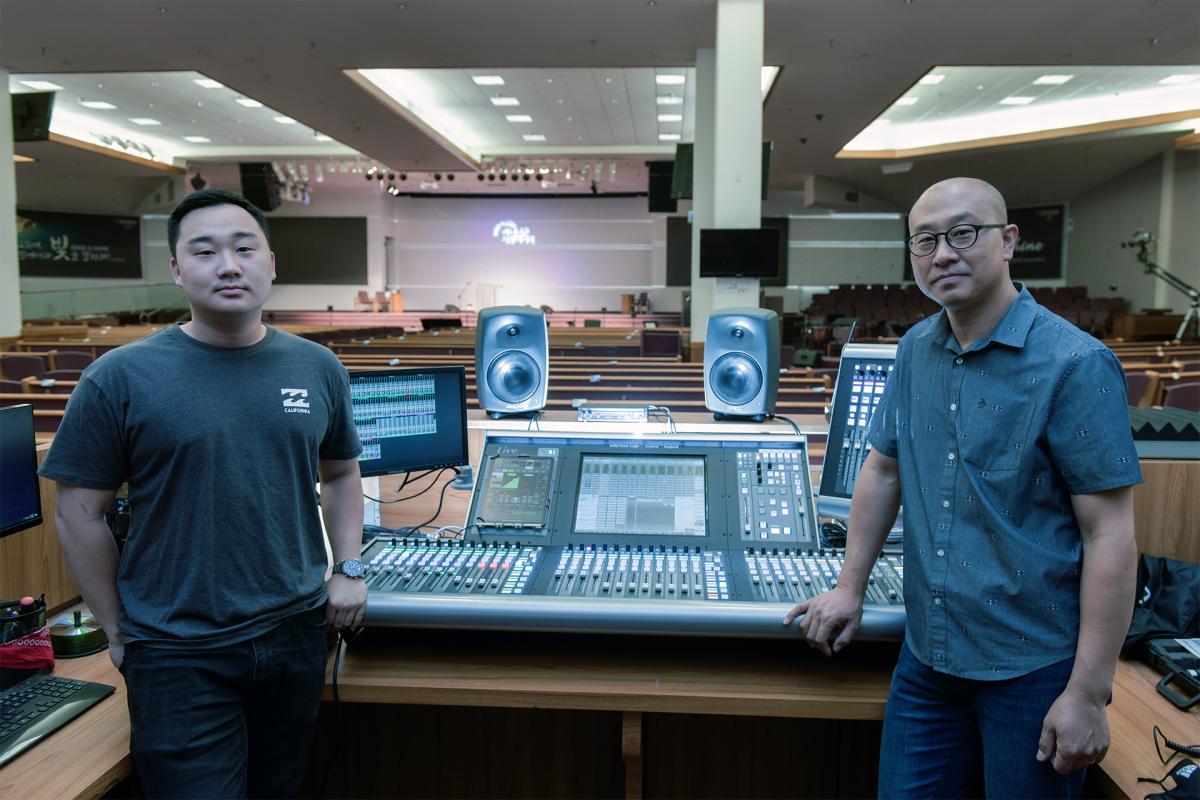 “The main reason we wanted to get an SSL was because of the routing flexibility,” says Albert H. Lim, a part-time audio engineer for the church. “One of the other main reasons we like SSL Live is the separate Fader Tile. We hooked up a Fader Tile for the separate broadcast feed so that they can simultaneously mix for broadcast while someone is mixing front-of-house.” SSL Live Remote Tile is a self-contained, robust console extension that may be added to any desk in the Live rang to provide comprehensive control of up to five layers of five banks via the Tile’s 12 faders and associated channel facilities.

Previously, the church’s FOH engineer generated a two-track send from the main console for livestreaming, says Lim. Now, he says, “The engineer in the broadcast suite has more control over the audio mix.” There is also a Remote Tile next to the L200 at front-of-house, he says, giving the engineer hands-on access to more channels simultaneously.

The church was already used to great quality audio with its previous FOH mixing console, says Lim. “We expected the SSL L200 to be very similar or even better. The first thing we did was hook up a microphone without any EQ and the difference was very noticeable. The mic pre’s are incredible. They were the first thing that we noticed that were different. Also, it was much cleaner, the clarity was much better, and the stereo imaging was much improved as well. And the headroom is incredible. The entire mix headroom is drastically improved.”

Laservision World, a Southern California-based AVL systems design, integration and sales company focusing on the Korean-American community nationwide, supplied and installed the new SSL Live L200 at Sa-Rang Community Church. Lim, who works fulltime for Laservision, stepped back from the church’s decision-making process to avoid any conflict of interest, he says. “System integration general manager Nathan Kim was the head integrator in charge of the project,” says Lim, who assisted with the installation. 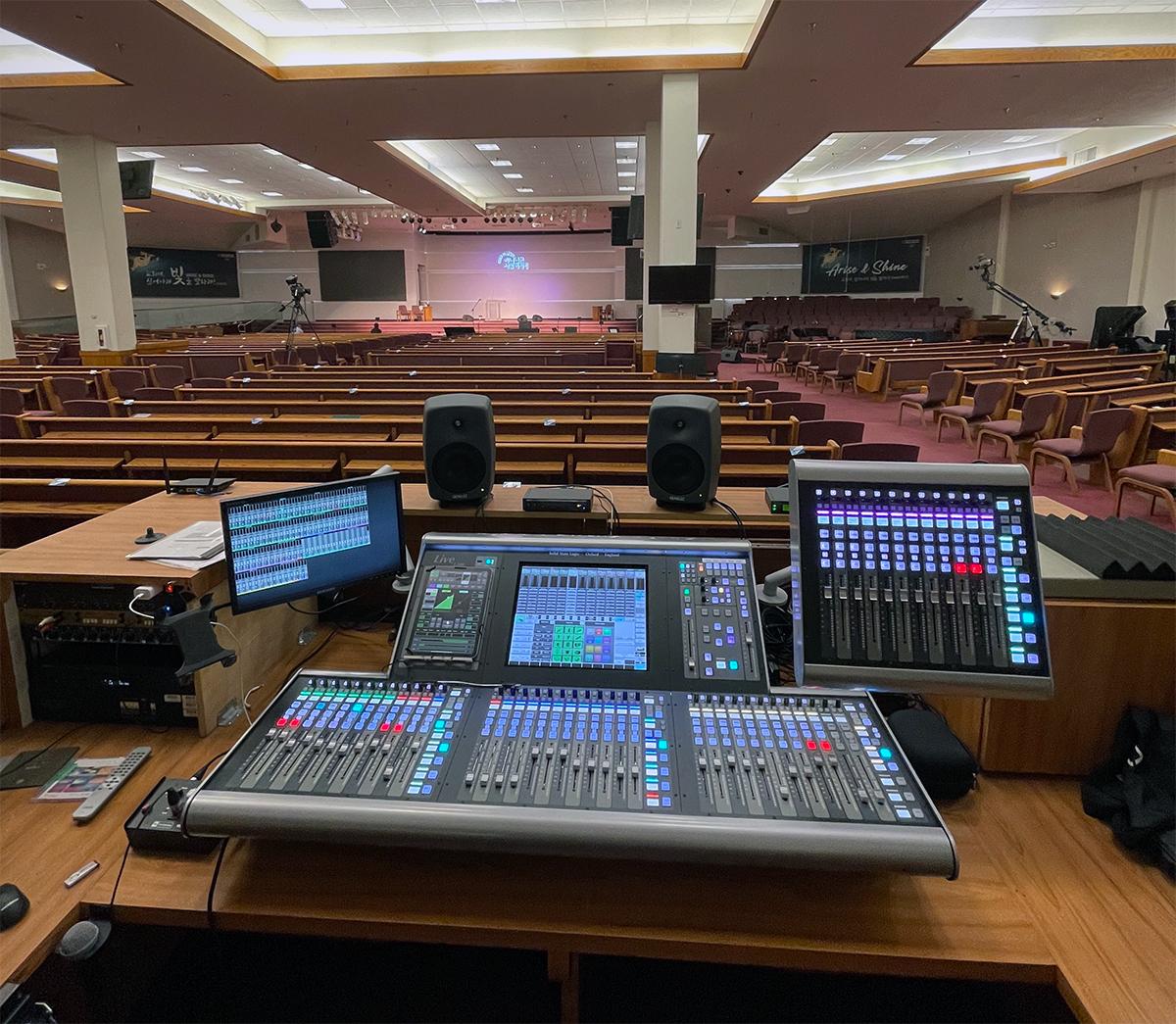 Flexibility for a growing congregation

Sa-Rang Community Church has one of the largest Korean-American Presbyterian congregations in Southern California, with more than 10,000 members. Services in the main auditorium, which accommodates about 1,800 worshippers, are not very formal and have a contemporary music focus. “We have a full band playing, and we have a choir and an orchestra section as well,” says Lim.

The L200 at FOH is used to drive as many as 10 monitor mixes to wedges for the musicians and singers, he says. The SSL desk’s routing capabilities also allow the generation of feeds to other locations in the auditorium, including front fills and balcony speakers in addition to the main L-Acoustics KUDO line array system, as well as elsewhere in the building, such as the cry room and other areas.

The church sought recommendations from a consultant for its new console based on its input, output and routing requirements, Lim says, and selected the SSL Live from a list of several alternatives. “We knew the quality of SSL was very, very high,” he says. “We also went to the SSL training and were hands-on with the console and went through the software. The whole user interface, how the console is laid out and the functions, is extremely comfortable. It was the perfect situation for that console and the routing capabilities that it offers, which the other consoles didn’t.” 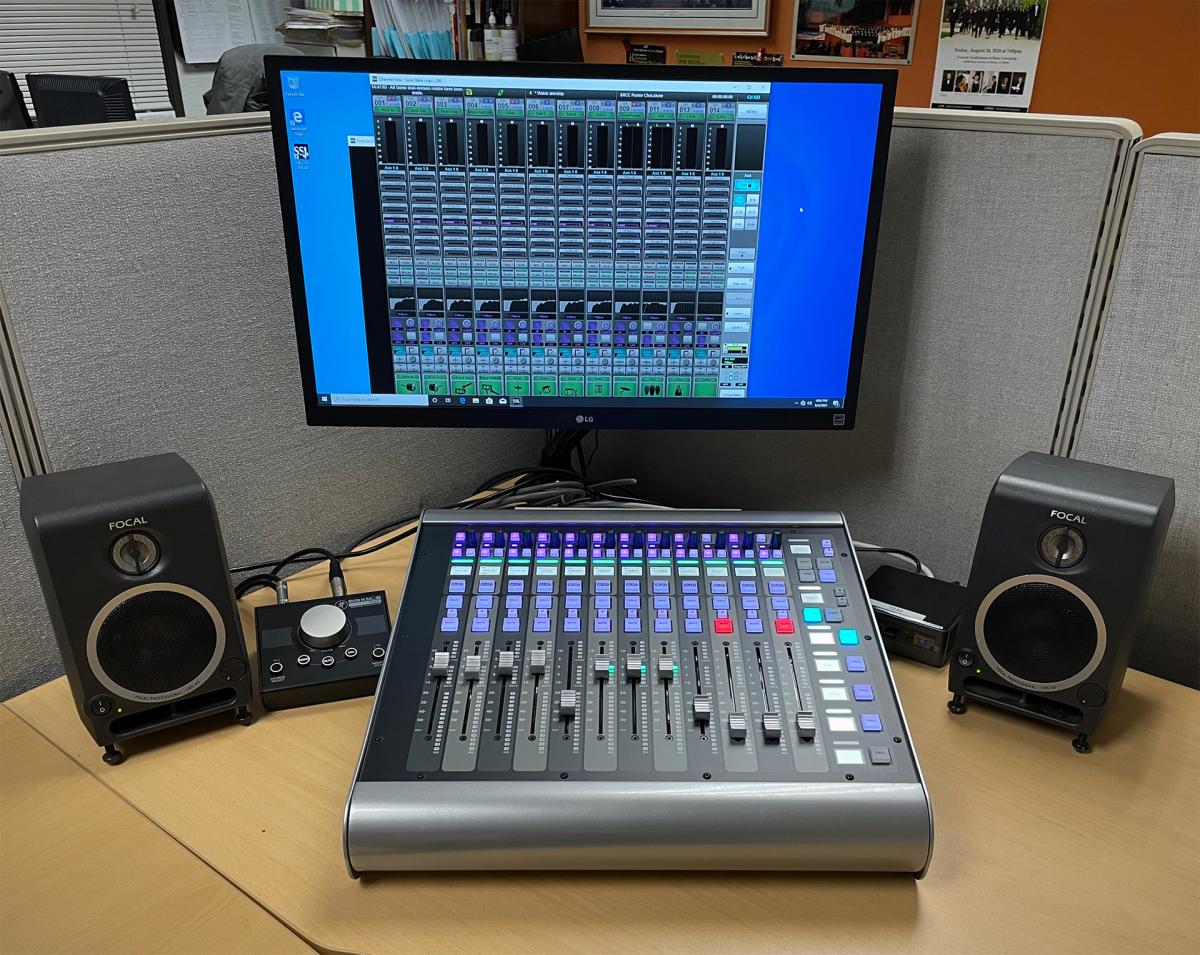