Sensible Music is a long-standing and successful facility in North London with many aspects to its operation that put it in the expansive category of 'music services company'. It has a number of long-term rental production rooms, a rehearsal / live pre-production space, a commercial recording studio, and a boutique gear hire business. 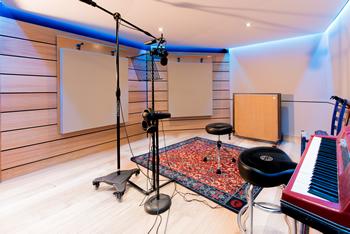 We've found that on sessions where it has been dry-hire, even people who have never worked in the analogue domain before can be up and running, and understand how to use the desk, in half an hour.
Jack Freegard

The recent technology upgrade and refurbishment to its recording studio moves that space to another new level. Jack Freegard, General Manager, says that the SSL AWS 948 has had a dominant role in that. "The previous studio had to be operated by one of our in-house engineers because the set-up was so unique. The new set-up we've created with Justin and Rob from Studio Creations means it's a much more accessible room. Anyone can come along, plug-in, and play.

Freegard notes that the practical aspects of the decision to go with the AWS 948 were driven largely by its suitability for both new customers and their workflows, as well as more traditional requirements, while maintaining core sonic values.

"I think it's the perfect console for the modern age," he states. "It offers us maximum flexibility, accessibility, and ease of use... We've found that on sessions where it has been dry-hire, even people who have never worked in the analogue domain before can be up and running, and understand how to use the desk, in half an hour.

"The dual channel path of the 948 means you can have up to 24 stereo returns, or a more traditional in-line set up. Many of our customers are working on urban and pop music, making music on their laptops and running software instruments and so on. Mostly they are working with stereo tracks, so bringing that to a stereo desk is a huge advantage."

Along with all that, comes no-compromise SSL SuperAnalogue technology: "The pre-amps are the best SSL pre-amps I have used. They are phenomenal - pristine, until you drive them, and then they've got really nice harmonic qualities... The sound stage it gives you is amazing - the depth, the punch, the clarity - everything you expect from an SSL is all there, in both a small physical footprint and a low energy footprint. We've seen a huge difference in our energy bills since switching to the AWS.”

The console is the biggest technology change in the Sensible Music studio, complemented with investment in some new outboard and pre-amp options, while monitoring remains firmly PMC. Of course, it maintains a big collection of additional outboard, both vintage and modern microphones, and a huge list of back-line and classic instruments. 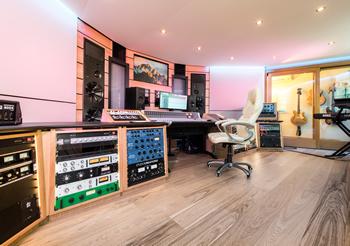 In addition, the facility has a new lighting system, new fabrics, a new layout, and new furniture. "Basically, we've breathed new life into the room," says Freegard. "It's more comfortable, and we can fit more people in the control room."

Sensible Music is moving forward with a talented team and a positive, progressive outlook. Freegard: "Being a creative hub is the dream - a place where people come, create, and have all the right facilities - software, hardware, instruments, and technical know-how."