Simon Neale – AKA Shadow Child, and formerly DJ Dave Spoon - has been making pivotal electronic music for more than 15 years. After getting into synths at school, a love of analogue was born, and on the creative side, he's fused core hardware kit with his computer setups ever since. His latest addition is the SSL SiX, which he is using to sum audio between DAWs, and utilising the Super Analogue channels and G Bus compressor on his live synth jams to fatten up his sound.

Neale's first break came in 2005 when he was teaching at a college. He bought a record collection from someone who worked at the Toolroom label when it was in its infancy, got chatting, and one week later was signed under what would be his first pseudonym, Dave Spoon. A week after that, he found himself played all over BBC Radio 1. 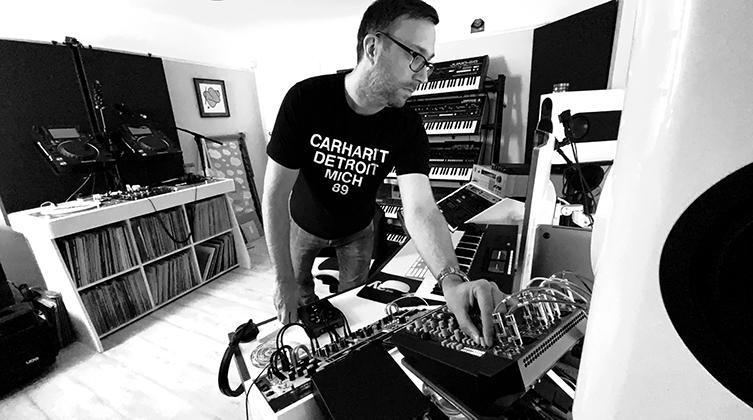 “The Dave Spoon project was very successful, and got some great traction – and some top 40 records,” Neale reflects. “I wasn't really prepared for it at the time, but it went very well, and led to some great projects including [DJ] compilations for Ministry of Sound and Toolroom, and a residency at Cream which was at Amnesia in Ibiza.”

Neale successfully remixed an eclectic range of artists as Dave Spoon, from Dizzee Rascal to The Pet Shop Boys – and his Cream residency lasted two years, which was a real nod to his work:

“Cream has always been such an iconic part of Ibiza, and at that point was probably the hottest thing on the Island, so a one-year residency was fantastic, but to be asked back for a second was extraordinary – it's not something they really did unless you were really in the upper echelons – which I wasn't! -  but it was an incredible experience, that's for sure.”

In 2012, Shadow Child was born – in Neale's opinion, the most satisfying part of his journey so far:

“Both times – with Spoon and Shadow Child - it was really quite organic developing a new sound in house music, without kind of realising it – so it's nice to have been part of those pivotal moments. But Shadow Child really came at a magic time for house music, where I was able to bring a lot of elements together,” he explains. “It was really about bringing together New York house and UK garage, plus capturing the vibe from drum and bass and early jungle, which was particularly important for me growing up. To be able to bring jungle into what I was doing musically was amazing – a complete guilty pleasure, really! And having the younger fans asking where tunes and samples came from and be able to point them in the direction of that UK sound from the early '90s was great, as I was sharing part of the heritage of the music with people.”

Now in its eighth year, Shadow Child is going very strong – and although Neale has remained dedicated to his core sound, he is still prone to a little 'genre-hopping' from time to time, as a way of evolving it.

“I've got chained to that sound which everyone calls deep house; it didn't have a name on it at all at the time, it was just fresh, and we were following our noses - but I am thankful to be a part of it. My sound at the moment is that melodic techno sound that came out of Belgium, pre-trance. There are a lot of fans that come with me when I genre-hop, but also a lot that love the early tracks – such as 23 (2012) and Reverse Skydiving (2013, ft. Anabel Englund); and I have a lot of love for that, but I can't sit still on one sound for long!”

Neale's love of analogue gear stems from his early teens: in secondary school, he was fortunate enough to be able to work on a Juno 60, a 303, and a 606.

“I look back now, and it's just mad that I was absorbing early house and dance music in that way - and to have those machines at my fingertips in 1989, and to be encouraged by the music teacher, who also bought an Atari ST so we could get into the production side was just incredible,” Neale enthuses. “I didn't know where samples came from, but it has always been in me to do the hardware thing, and I had the ambition to have kit wherever I could.”

For Shadow Child's recent Apollo Series, 90% of the sound sources have come from outside the box. Neale isn't big on processing outside the box, but on the creative side he is all about getting hands-on – and most recently, that's meant bringing the SSL SiX into his workflow.

“I'd seen a lot of stuff online about SiX, and it looked very interesting – and this was in January when I had a bit of downtime, and was getting to know Ableton a bit better. I had noticed that the tracks I'd made in Ableton had some kind of sound to them that I wasn't keen on, and it didn't feel natural to me. I realised I needed something that I could do analogue summing with, and SiX seemed a great option,” he says.

“I soon realised it's an amazing summing mixer – on top of all the other things it can do – and the Super Analogue channels are just brilliant. I'm coming out of Ableton out of my UAD Apollo into the SiX, then I come back in to the computer through the Apollo and into Luna, UAD's new DAW. Compared to the way I was working with the [Dangerous Music] D Box – my previous summing mixer - the SiX feels so much more natural: the route in, the sound, everything, basically.”

Neale has all his drums running through the Super Analogue channels as a stereo by default, and utilises four stereo groups in total: drums, bass, instrument, and vocal/FX.

“And they all sound fantastic! I'll stick some G Bus on those as well from time to time, but most of the time I literally use it as a 'flat' tool to glue the track together, which Ableton just doesn't do for me, personally,” he reveals. “And I immediately noticed a different sonic quality. I noticed it on my pre-masters, and when tracks come back from mastering, too. I listened to a remix of Becky Hill, which I started and finished in Ableton – now this may be in my head, but I honestly feel I can hear Ableton in it – and I didn't want it to have the sound of the DAW in it. So now I've got four groups out [of my Apollo] going into four stereos using eight channels on the SiX, and I then print a pre-master stereo mix into Luna, monitoring direct from the SiX. The difference is amazing - it's really gluing the track together - and if I want a more chunky version of a mix to have a bit of fun with, I play with the G Bus compressor, which is also fantastic. I am just loving the process of getting my hands on something. Even my studio is all routed in, so I don't patch anything; and now with SiX, that hands-on thing is part of the production experience.”

“The 808 into the Super Analogue channels sounds incredible; the low end out of the machine when it's pure anyway is amazing, but when it goes through the SiX and I can squash it some more, it really adds flavour to it." 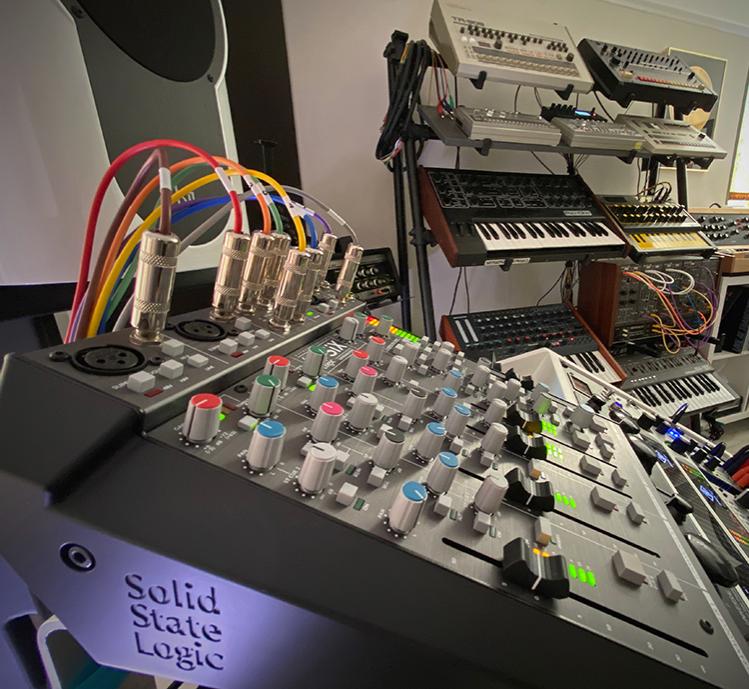 "People making more urban music would appreciate that maybe even more than me, but it really is taking everything up another notch, like SSL gear always does. I've put the Jupiter 8 arpeggios through it, too - and my System 100M with 909s for a Beatport live jam, and everything sounds nice and fat - and for me, doesn't have that kind of 'in the box' sound that you can end up with in hardware. I am not getting any of that at all, which is perfect.”

Neale is also interested in running some vocals and samples through SiX and resampling some stuff back in, as he thinks that will add yet another sonic flavour: 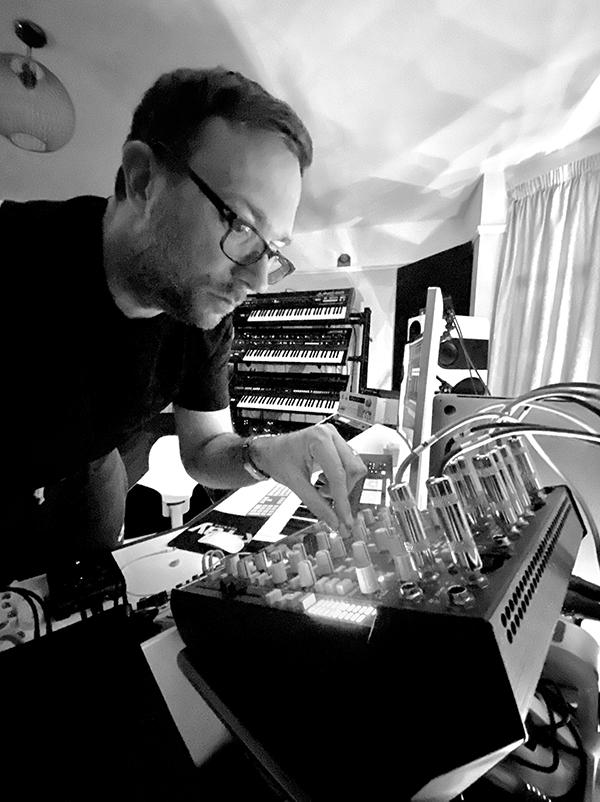 “I have been working on some music with [artist] Josh Butler, as we are both big house heads, but we also love jungle from the early '90s, and sampling and resampling, so I am hoping I will be able to emulate that authentic '90s sound, because if you sample drum breaks now, it's all super-clean as it's from the original source, whereas back then it had that 12- or 16-bit vibe to it: it was very crunchy normally, as it was going through some channels on a desk, so I am interested to try and push the low end and break beats through the SiX too. I can't wait to get some different music through it as well, as I think that'll be very interesting to listen to.”

Neale has become quite attached to the SSL Native plugins, too – particularly the reverb:

“I just can't find a reverb as good as this one,” he admits. “Some reverbs are quite dramatic, and I need something that is more subtle and dynamic, which this really is. Also, the software version of the G Bus is really good to have.”

“I finished the Apollo series which was three EPs of music; that is sounding very 'early '90s Belgium' and is turning heads in the right way, which is great. It's weird not having music breathing in clubs and festivals at this strange time, but I have loved doing these projects. Also, there's my other alias, Polymod – that's more of an underground side of what I like to do; and lastly, my music mentoring platform - One For The Nerds - which I started late last year focusing on intermediate to advanced people, helping them get their tracks across the line in an A&R and guidance sense rather than in a technical sense. It's about helping people connect with labels and DJs with their music, if it's in the right shape. That's going really well, and I am brining other artists to be mentors into that as well.”