Launched earlier this year, IBC will see the first European showing of the new S500m console. With all the flagship features of the System T S500 console in a significantly lighter form factor, the S500m is specifically designed for OB and flypack applications where weight and portability are key concerns. It’s unique modular functionality also lets a console be deployed with or without an extended meter bridge. This allows a complete production system to be easily be transport in a purpose built rack case, providing a console stand, meter bridge shipping storage and two 8RU racks for Tempest Engines and Network I/O.

Immersive and Next Generation Audio (NGA)

Supporting the demand for NGA within broadcast content, System T’s architecture provides processing for multiple audio formats for immersive and three-dimensional audio; channel-based, objects, Ambisonics and binaural. With support for multiple formats including ATSC 3.0, Dolby Atmos, and MPEG-H, the recent Sennheiser AMBEO partnership now adds on-board conversion support for the AMBEO VR Mic, with a 360 transcoder to render to a wide range of multi-channel outputs from 4.0 to 7.1.4. 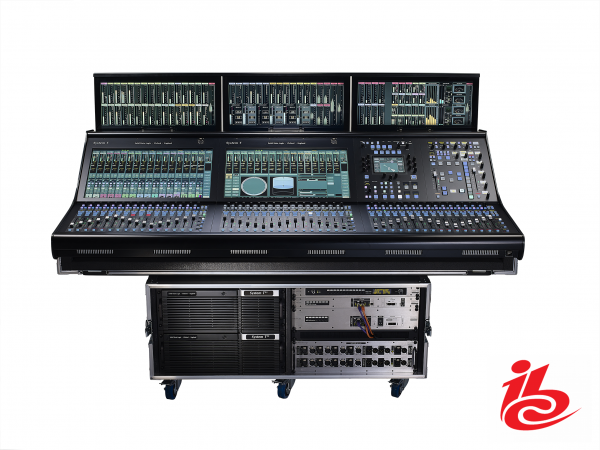 If you would like to arrange a demonstration or consultation, please email: IBC2019@solidstatelogic.com