Haarlem, the Netherlands – Poppodium (‘Pop Stage’) Patronaat is a popular three-room venue in the historic city of Haarlem, at the centre of the Netherlands’ Tulip growing region. Recently it has upgraded the audio systems in two of its rooms by installing four SSL L200 consoles at front of house and monitor positions, all supplied by SSL Live Distributor Audio Electronics Mattijsen (AEM). 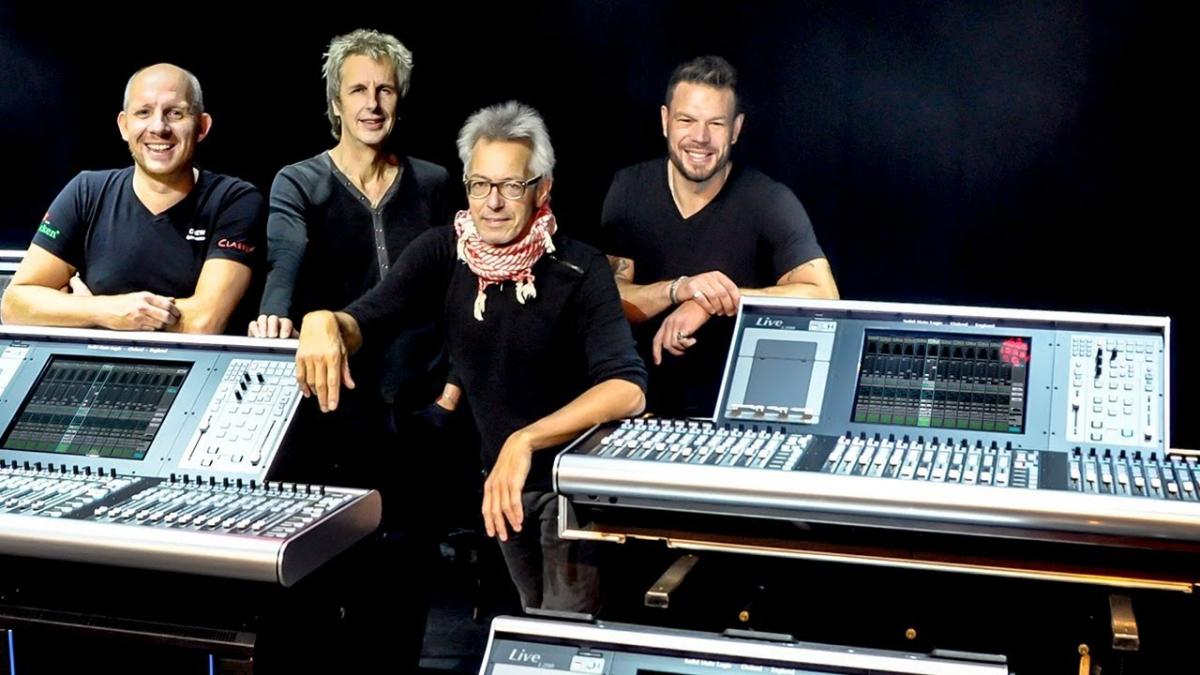 Patron of the Arts

Patronaat was started in 1984, in a renovated patronage hall / gymnasium of an ex school building by the Pop Music Foundation of Kennerlerland. The venue went from strength to strength, and in 2005, after a brief relocation, a brand new Patronaat building was officially opened on the original site. The Foundation has been a long-term beneficiary of a substantial arts subsidy - common in cities around The Netherlands - and a founding principal of Patronaat was to use that subsidy, and income from bigger touring acts, to give smaller, up-and-coming acts a stage to perform on. It’s a strategy that continues undiminished today.

The complex has three rooms, sized as large (950 capacity), medium (350 capacity), and small (120 capacity), with independent entrances and in-out freight vehicle access into the middle of the building via the central 'Schlucht' street. The combined rooms see an average of 130,000 visitors a year for around 500 productions.

Benno Linnemann, Head of sound at Patronaat, says that a busy week might include up to 15 gigs, functions, or events throughout the building. "That's mainly live music, plus dance and some private and corporate bookings," he explains. "To cope with that, we have seven full time technical staff, a good number of students on work experience (interns), and a lot of volunteers as well - some of whom also work in sound."

There are four SSL L200 consoles at the venue, for front-of-house and monitors in both the large and medium rooms. According to Linnemann, his SSL Live experience started while he was working on a Candy Dulfer gig at Paradsio in Amsterdam - another of the Dutch pop-stages and one that also has SSL Live consoles: "I asked AEM - the SSL Live distributor in The Netherlands - if I could go there and create my show file for that gig. They were great - very helpful - and also let me try the console on another few gigs with Candy.

There are as many configuration preferences as there are engineers... The SSL lets you put anything anywhere.
Benno Linnemann

"During that time, I got the opportunity to take a step back and listen carefully. I was really surprised by what I heard - it was a sound I had heard with high-end analogue desks, but have never experienced with digital. The 'spread and detail of the sound is amazing, and if you want to go louder, you can go louder without a problem. Before the SSL, I always felt I had to work hard to make digital desks sound good. This, I realised, was a step up.... I chose SSL Live based on its sound - that was the big decision." 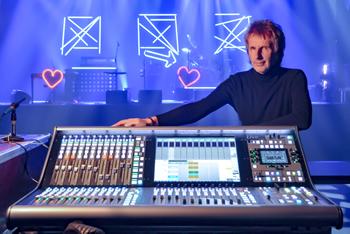 Linnemann has even put away his external FX system, relying wholly on the console and its internal FX rack: "Mostly I find reverbs in digital desks are not that good. I was really surprised about the sound of the reverbs in the L200 - that's a big plus point."

Each console in Patronaat has its own connected SSL SOLSA system (online and offline PC application) for additional touchscreen control where needed. Normally it's used with the SSL FX rack permanently in view for fast access, in the same way you would use third-party FX rack applications.

Linnemann is also a fan of the console's flexible layout options - including the drag and drop Layer Manager interface for instantly configuring banks and layers in the independent fader tiles, depending on the needs of the operator. "With help from AEM and Paradiso I have made a base file for Patronaat that everybody can work from - with everything anybody would need available. Engineers can then easily create their own setup and layout from that. 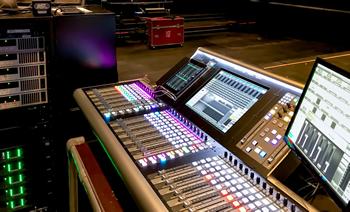 One of four SSL L200 consoles in-situ at Patronaat, Haarlem.

Overall, the response from visiting engineers has been very positive, as has Linnemann's report of the experience so far: "AEM did a fantastic job of helping us choose the consoles and then integrate them into Patronaat. There was lots of support from them, which makes a big difference.

"It’s also very nice to be able say that we have an SSL!"