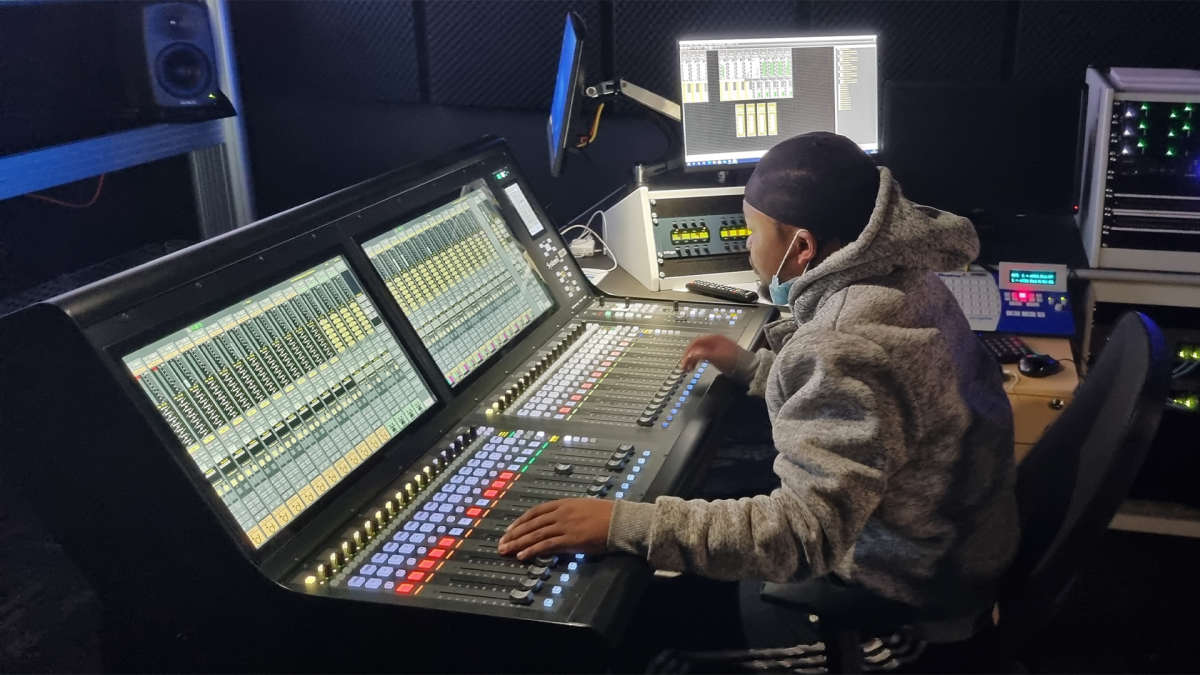 The two System T setups have been installed along with a variety of SSL Dante-networked interfaces. Two Network I/O A16.D16 units per console each provide a combination of SSL SuperAnalogue™ and AES3 digital I/O connections to the network. Two SB 8.8 Stageboxes support the introduction of an additional eight mic/line inputs with eight line-level outputs. Each of the two System Ts are also integrated with four SDI embedder/de-embedders that bridge SDI, MADI and Dante.

“The systems are networked in a redundant private Dante network within the same building,” says Lwazi November, e.tv studio manager and engineer. “To put the audio from the C10 on the Dante network we also have a MADI bridge and four SDI I/Os for the studio using that console.”

The eMedia head office building, which opened in Hyde Park in 2015, houses three multifunction studios. “Each studio has an acoustically treated, double volume studio floor, acoustically treated audio control booth, monitoring and a vision control room,” November says. The two System Ts, which are in separate control rooms associated with two of the studios, are primarily used for news broadcasts and popular shows such as The South African Morning and All Angles. The main studio is live for 18 hours a day.

Having now had a chance to spend some time on the System T desks, e.tv’s mixers have come to appreciate a number of their features, November reports. They especially enjoy the ease of configuration provided by the simple navigation menu, he says, as well as the dynamic positioning of the processing on the individual channels and the available standard effects racks. 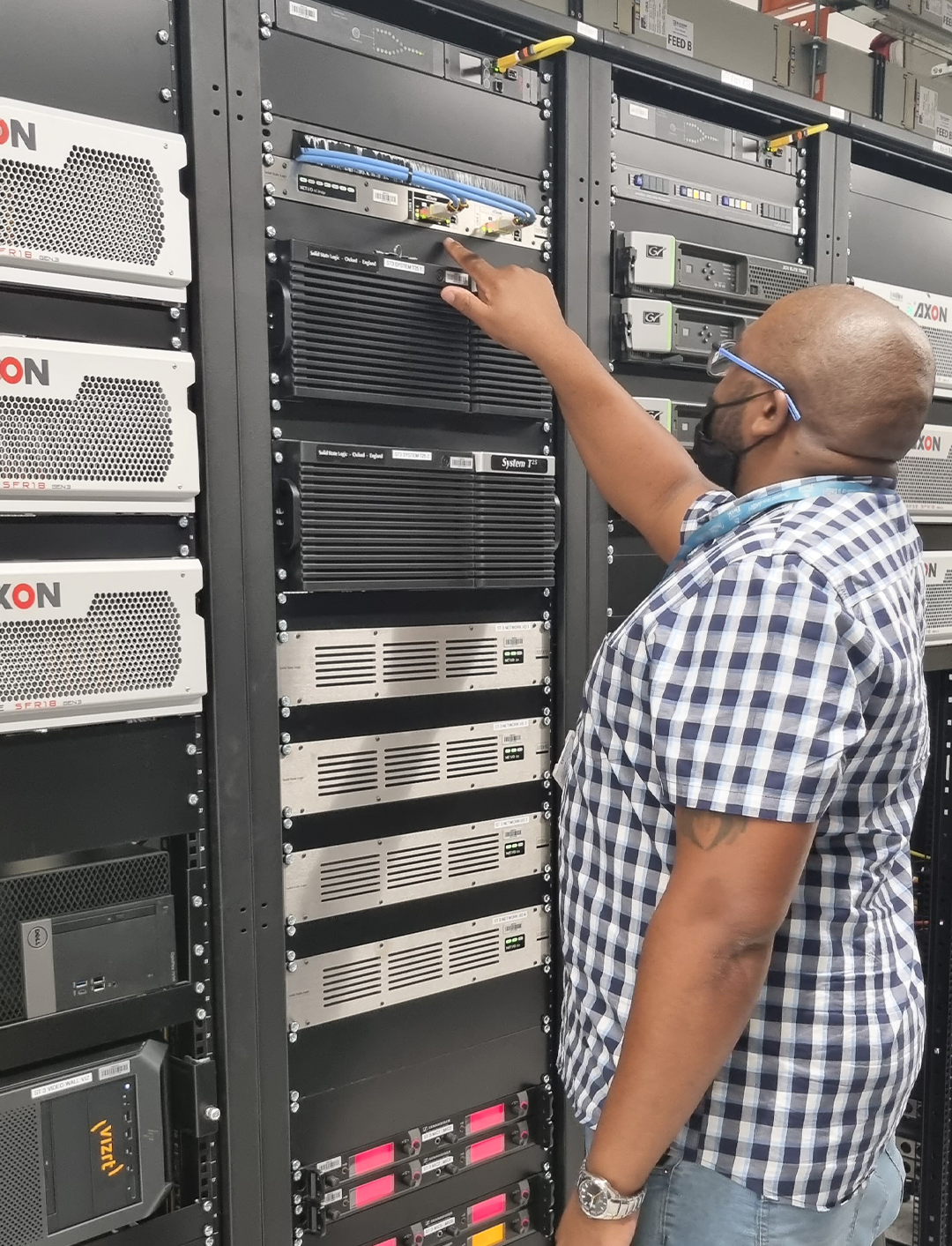 The facility formerly housed several analogue audio mixing consoles in addition to the C10 HD. The new System T platforms have replaced the aging analogue desks, November says. “The modularity of the SSL audio desks was one of the major draws to their systems, along with ease of maintenance and after-sales support. SSL’s expertise also assisted us in conducting virtual training as these desks were installed during the pandemic with no travel allowed.”