SM Entertainment, a pioneer in the introduction of Korean music artists to a wider global audience, has installed a Solid State Logic AWS 924 AWS δelta SuperAnalogue™ mixing console with SSL δelta and DAW control at a new building in Seoul, South Korea. The multinational record label, talent agency, production company and music publisher, which led the way in popularizing K-Pop worldwide after it was founded in 1995 by record executive and record producer Soo-Man Lee, is home to such artists as BoA, TVXQ!, EXO, Red Velvet, æspa, NCT and Girls’ Generation. 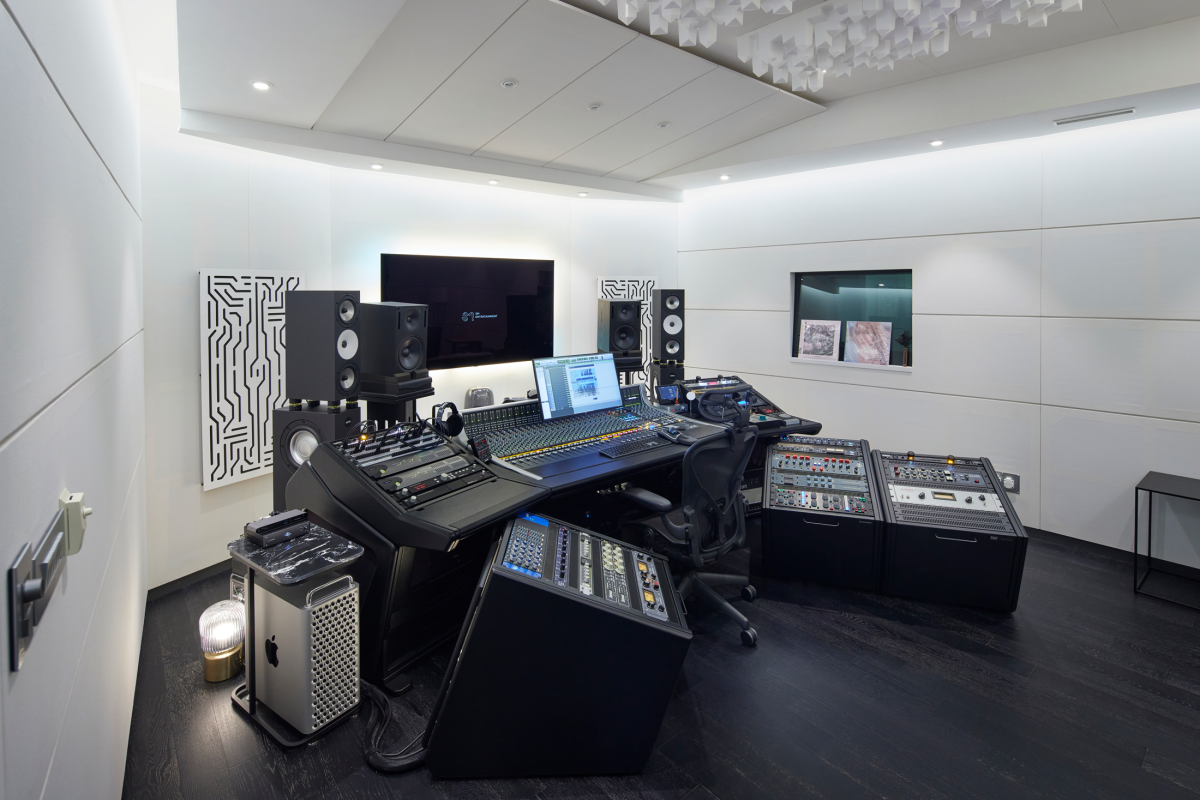 The SSL AWS console has been installed in Blue Ocean Studio, one of several production rooms in a new building to which SM Entertainment relocated in 2021, where mix and recording engineer Chul-Soon Kim works with the company’s vocal artists. “For around 13 years since I started my career until I came to SM Entertainment, I used SSL consoles,” says Kim, who worked for many years on a variety of large format Solid State Logic desks at other studios. “The fact that I was used to using SSL consoles is the main reason that I chose the SSL AWS.”

Handling a diversity of musical genres

Mix engineers in South Korea typically have to work in many different genres of music with a variety of vocals, says Kim. “SM Entertainment has many artists and every artist’s music is different from one another’s. I believe that the AWS console can help me mix every type of music and sound at SM Entertainment. I mainly do mixing work in my room, but when I sometimes need to record vocals then I use the recording booth in the building,” which is shared between the company’s recording engineers, he says.

Kim has mixed many tracks for SM Entertainment’s artists on the new AWS desk, although not all of them have yet been officially announced. With the AWS console, he says, “I can maintain the transparency of the vocal tracks while enjoying its huge headroom, so that I can make my track sound more harmonically full and rich while the vocals just sit nicely on the top of the instrument track.” 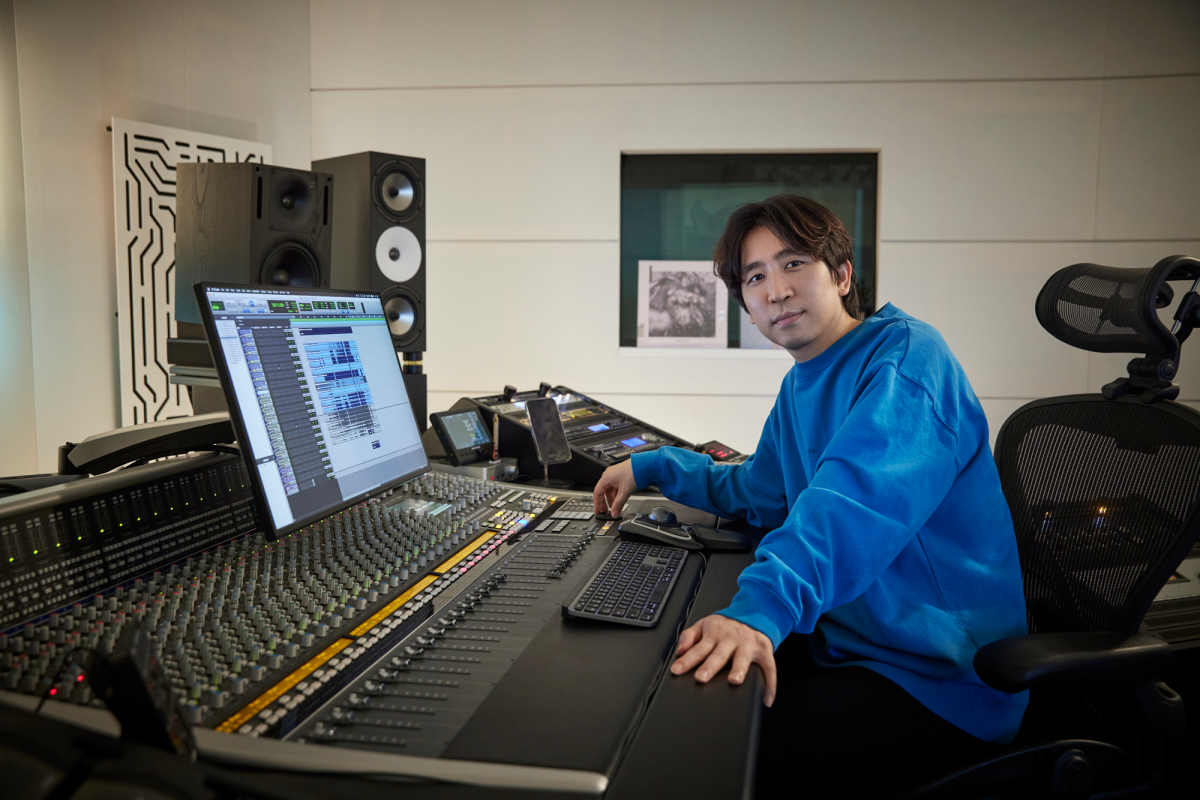 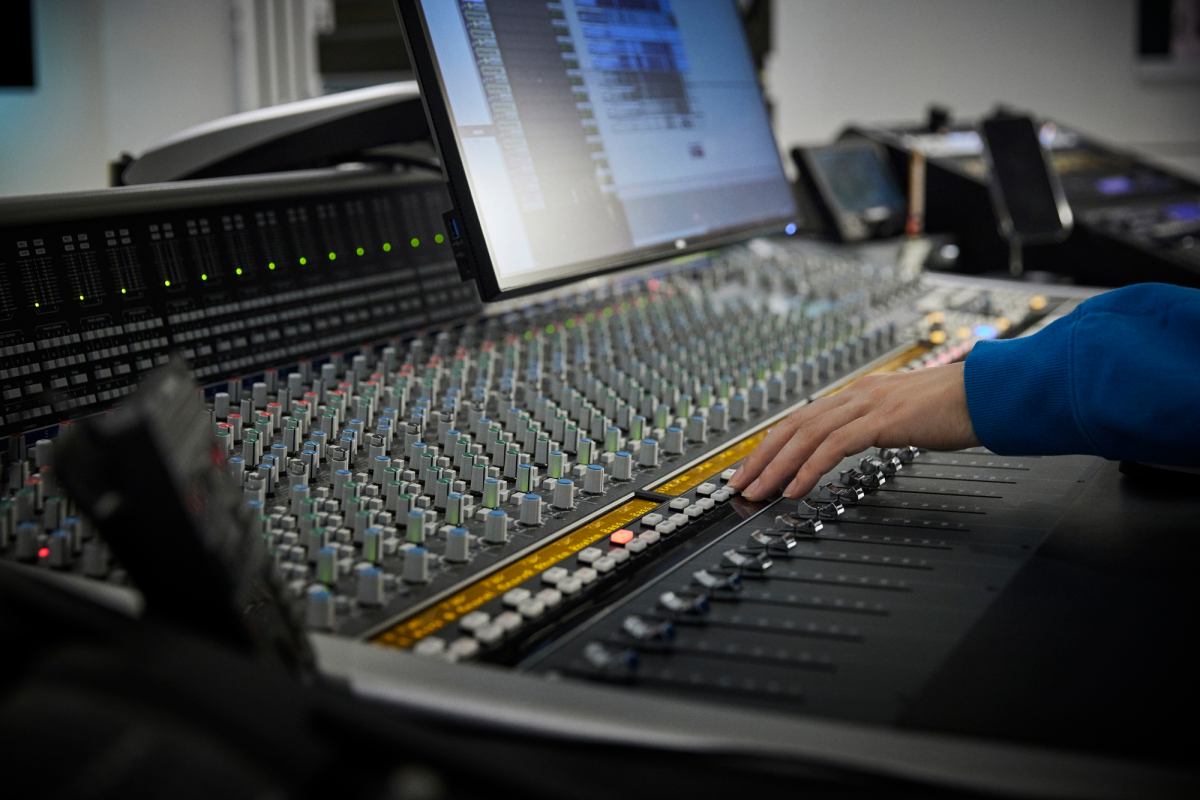 The first track that Kim worked on using the AWS console was “Pilot” by NCT 127, he says, which was released in late-October, 2021. “There is a chorus part in the song where all the members are singing together. I originally used a summing mixer to process that chorus part, but somehow it didn’t sound clean. Later, I processed the same chorus part in the AWS console, and it sounded just perfectly nice and clean. The producers really liked how the vocal sounded and the track got released.”

He had a similar experience with the song “YEPPI YEPPI” by æspa, which was also released in October 2021 and which he had also previously mixed through a summing mixer. “I was curious how it would sound on the AWS console, so I tried it and was amazed by how wide the stereo image and depth became. And the song also got added punchiness after I mixed the song again on the AWS. That song made me realize just how dynamic the AWS console is,” Kim says.

Blue Ocean Studio is also equipped with high-end outboard gear from the likes of API, Bricasti, Chandler, Dangerous Music, Empirical Labs and Retro. The room is finished with acoustic treatment from Artnovion and features Amphion and Genelec monitor speakers. “I use Pro Tools, where I also use a lot of Universal Audio UAD plug-ins,” Kim says. “I buy additional equipment when I think I need to upgrade or change the sounds.” 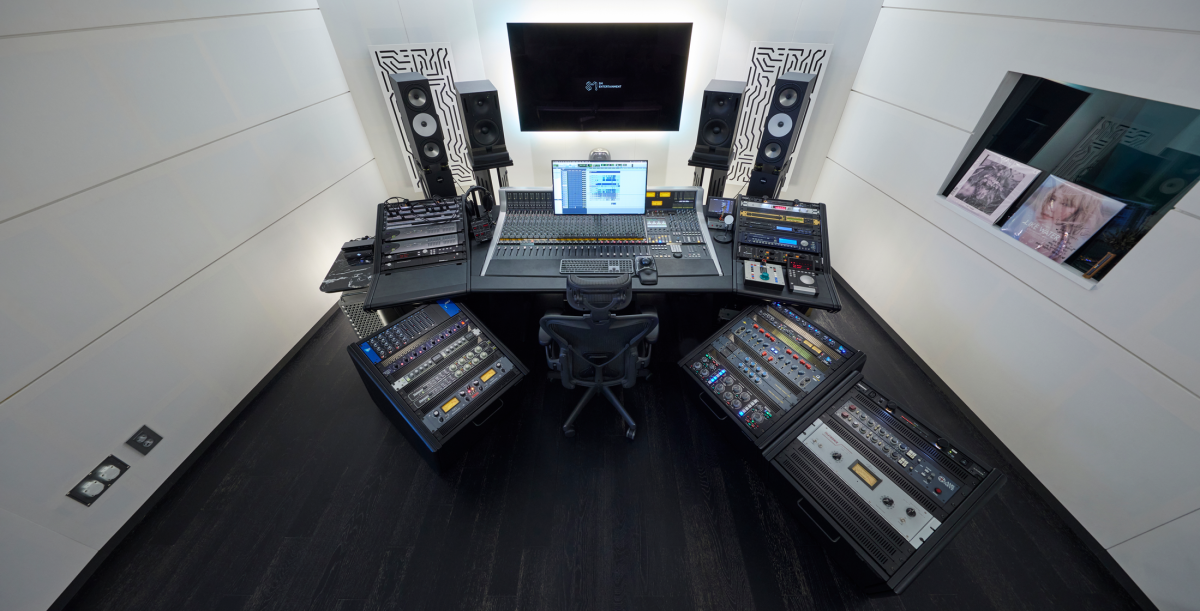 As a longtime user of SSL mixing consoles, he appreciates what they bring to the production process and the finished sound of a project. “Other analog consoles sound great, but from the moment that I started to be an audio engineer, I have been watching major engineers using SSL consoles and producing great music. Now, I use SSL consoles in various situations, such as recording drums, strings and mixing. The TotalRecall™ system and the console’s hardware and software integration with each project and with Pro Tools sessions are some of the things which make me feel very comfortable while using the SSL AWS,” he says. “I love it so much.”

When Kim started his career, he worked at a studio with an SL 4000G+ before moving to another facility where he worked for six years on an SL 9000J. He focused on mixing for the next five years after taking a job at a studio with an SSL Duality, before joining SM Entertainment in 2013. As time passed, he says, “New SSL models came out. But how SSL consoles work overall has remained the same. So the fact that I’m used to using the SSL console is also a great advantage to me.”