Spiritland is operated by ex BBC sound supervisors Gareth Iles and Antony Shaw, and their choice of SSL and System T for the new truck goes back to work undertaken in choosing the next generation of digital consoles for the Corporation.

“The most important part of that was the listening, and the SSL sounded so much better than all the other consoles,” explains Antony Shaw. “The EQ worked how we wanted it to work for all the music that we mix. It wasn’t a transparently digital sound; to our ears it sounded just as good as the SSL consoles of old. It’s witchcraft what they’ve done with it. And the more we used it the more we liked the interface; it’s so fast to navigate around as well.”

The System T interface and its shallow learning curve was highlighted in Spiritland One’s first major booking; a week-long gig at the Cardiff Singer of the World contest in June for BBC Wales. 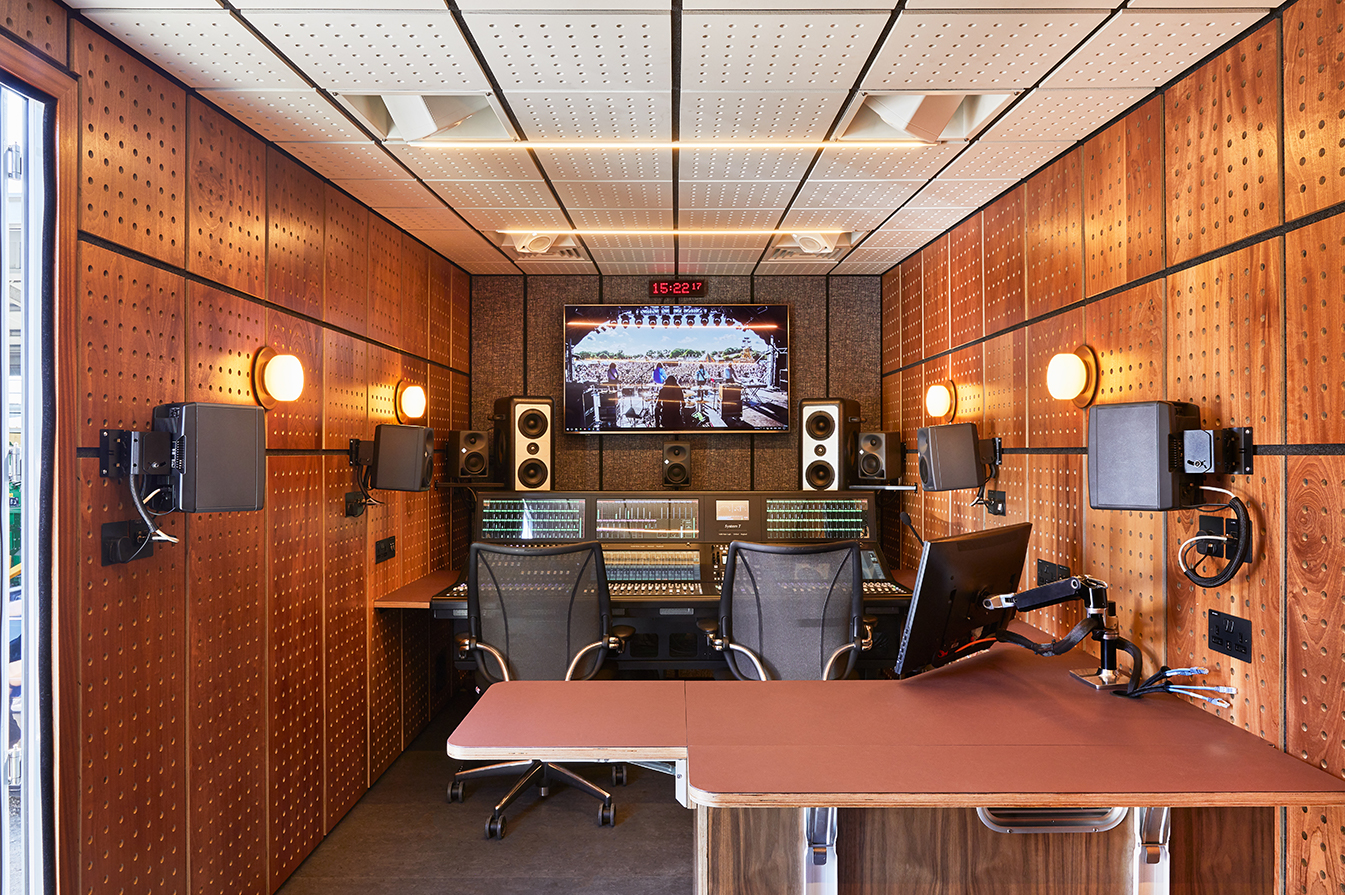 “It performed flawlessly,” says Shaw. “Simon and Andrew (BBC Wales Sound supervisors) had never used the System T before, with a full orchestra and singers, and they loved it. It’s quite easy to teach people the basics and then everything follows on from that. We left them alone all week and they just got on with it. By the end of it the meterbridge looked ridiculous. They had meters for everything, they’d shuffled everything about; they’d really dug in deep with what it can do.”

Featuring a redundant pair of T80 Tempest Engines and four SB 32.24 stageboxes, the configuration provides 128 mic/line inputs and processing for 800 active audio paths. As well as out and out sound quality, one of the other major reasons to go with System T for the truck was its support for Dante.

“At the BBC we were early adopters of Dante,” says Shaw, “and the ease of expansion of the network audio side of things is really appealing. Even though we’ve only just received the truck we’re already starting to tweak and expand things and experiment further with the workflow.”

With systems integration from Megahertz and coach build undertaken by Spectra, Spiritland One is split into two rooms; a mix room at the front and an engineering room at the back. Plenty of attention has been given to providing a comfortable working environment too, from the ergonomics of the System T touchscreen interfaces (“Amazing,” says Shaw succinctly) to replicating the design ethos of the main Spiritland studio in London throughout the truck. It’s also been specced very much with immersive audio work in mind, coupling a Dolby DP590 and 7.1.4 Neumann speaker set up to the System T console, with the additional benefit of the system working well to produce the binaural mix that more and more festivals are demanding. 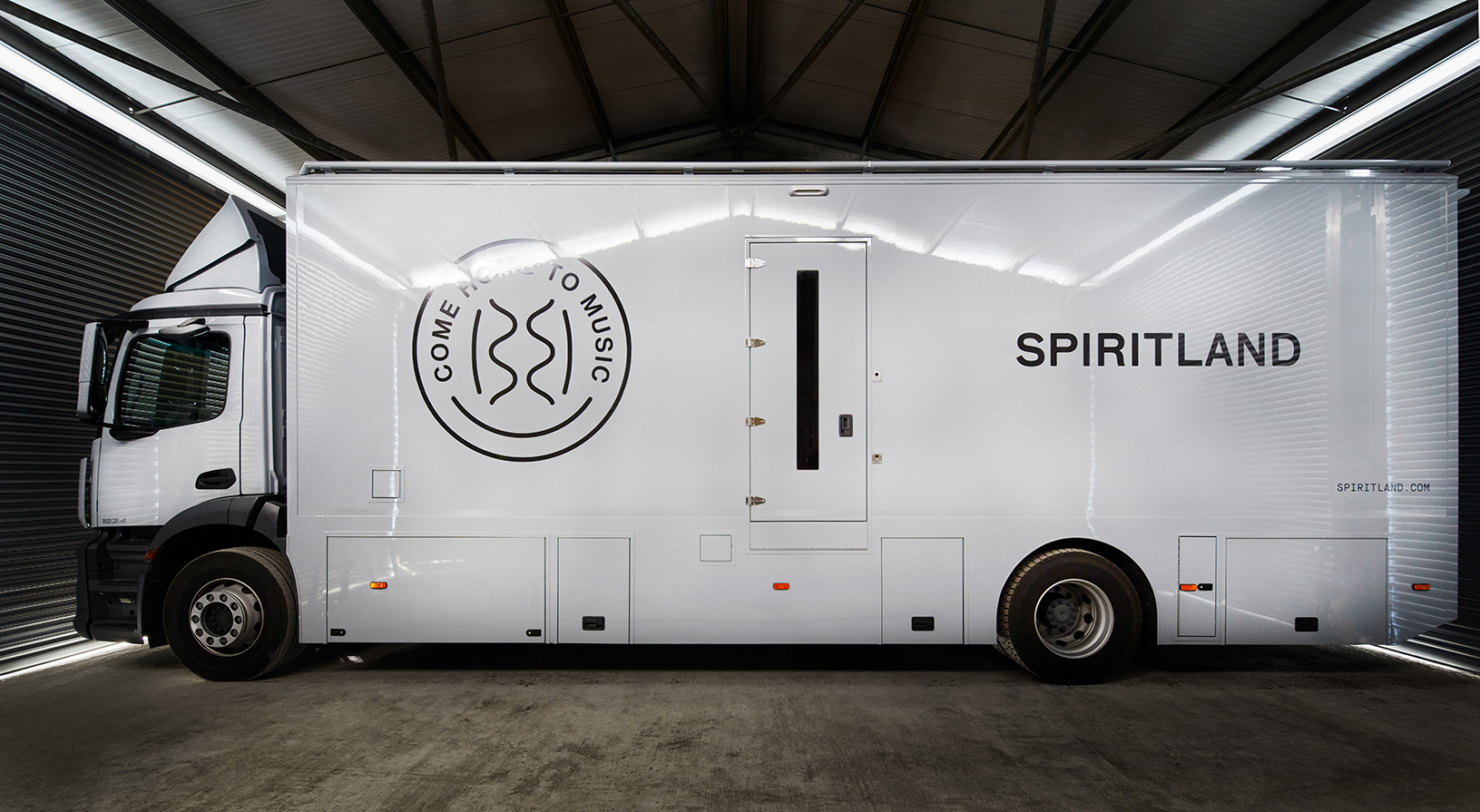 “The way that the SSL handles the monitoring of Dolby Atmos is very good,” says Shaw, “there are so many monitoring sources on that desk. And another thing that attracted us to it was that you can use the universally loved SSL bus compressor in 5.1.4 mode. A lot of mixes we’ve been hearing from rock gigs mixed in Atmos haven’t glued together particularly well, but being able to use the SSL compressor on all those busses is changing that enormously.”