SSL All Go at B Pro with Double Duality Install

United Arab Emirates – B Pro Production - a Dubai-based multimedia production company, founded by CEO Ahmed Alali in 2012 - has recently invested in two Solid State Logic Duality δelta SuperAnalogueTM consoles for its A and B music studios.

The B Pro Story 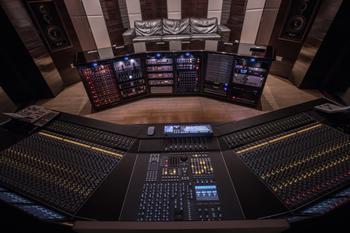 Ahmed Alali started out as a musician and band leader, but soon moved onto sound engineering, launching his first studio - High Vision Production - and subsequently moving on to be Senior Sound Engineer and Studio Manager at Dubai Media Inc. "My Business Partner, Jassim Mohamed, and I had our first inspiration for this project in 2012. We imagined a single, multi-studio complex where all aspects of music production and post-production could be realized, for clients at all levels, at all budgets. That became B Pro Production." 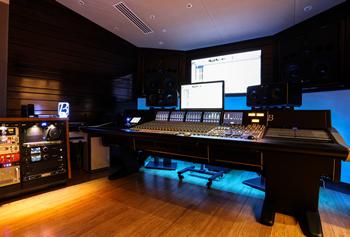 Music in the region is wide-ranging, reflecting the cultural variety in areas such as Dubai, which has residents from almost every country around the world. Genres range from traditional dance music to a growing rock scene, and plenty of alternatives, including Arabic and western music fusion. "Because of this local diversity, B Pro Production clients actually come from all over the world," notes Alali. We've probably experienced every genre of music at some point!"

Past projects include recordings for renowned singers within the GCC such as Hussain Al Jassmi, Rashed Al Majed, Majid Al Mohandis, Rabeh Sagar and Nabil Shuail, plus a variety of videos for UAE events, with contributions including filming, music production, and sound design.

B Pro Production has four music recording studios (A - D), plus a Mastering Suite.

Studio A is the flagship space with a versatile live room that can accommodate up to 75 musicians, has a spacious private lounge, and a large control room with a 48-Channel SSL Duality δelta Pro Station console. 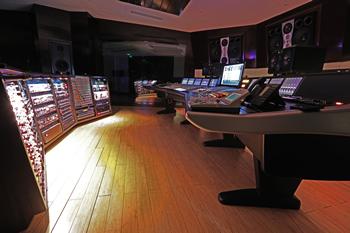 Studio B has another private lounge and a tracking space with variable-surface walls. It features a 24-track SSL Duality δelta SuperAnalogue console and a wide range of outboard gear.

"Studios C and D are smaller spaces, well-suited to vocal tracking, song writing, overdubs, and sound design, as well as mixing," says Alali. "And our Mastering Suite is unique in the MENA region... We have a specially designed area equipped with the finest gear – both vintage and ultra-modern."

This is one of the best multi-track recording spaces around... It can be adapted to suit multiple production needs, depending on the atmosphere and sound you’re going for, and the 5.1 mixing capabilities of the Duality are particularly valuable.
Ahmed Alali

On selecting SSL for Studios A and B, Alali points out that the decision was actually a simple one: "The Duality consoles were good choice on many levels. They are well-known in the world, and Duality is the latest technology... It fits in with modern sounds and modern creative production requirements. They are very powerful consoles yet straightforward and easy to use, and of course having the chance to record and mix with SSL SuperAnalogue consoles is a dream for many artists. It gives them the passion to keep coming back again." 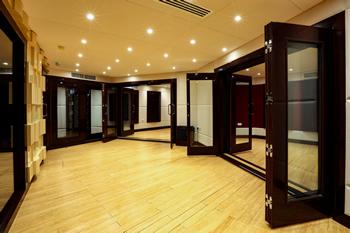 The B Pro Production Studio A main live room.

Alali cites highlights such as the Duality’s Total Recall system, and SuperAnalogue technology as deciding factors too: "The combination of the SuperAnalogue preamps with the VHD (Variable Harmonic Drive) circuit makes a positive a difference to any sound you can dream up," he explains. "And having both G and E-series EQ options in one channel is a massive advantage, capable of bringing a unique image to the sound."

According to Alali, Duality reflects and complements an outlook at B Pro Production that keeps clients coming back, session after session: "We stand out both because of our excellent technical facilities and because of our unique offer to our clients - quality, integrity, teamwork, and personal accountability.

"We work with our customers on every step of the process, outlining our commitment to them from the beginning of our relationship and bringing our own creative team into the mix."