SSL Duality Makes Music at The University of York

York, UK – The University of York has installed a Solid State Logic D24 Duality δelta hybrid SuperAnalogue console in its new Trevor Jones Studio as part of an upgrade to the production facilities in its Department of Music. The Studio will support the university’s new BA degree in Music and Sound Recording, the existing MA in Music Production, and the recording and research activities of the Department of Music as a whole. 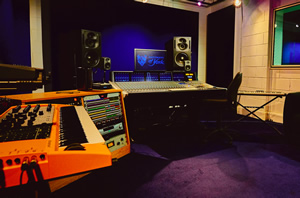 There have been recording studios at The University of York for over 40 years. The first was originally set up in the 1960s by Wilfrid Mellers, the founding professor and original Head of the University's Music Department, and was part of the development of a ground-breaking Music Technology Group. Since then, the university has been a consistent pioneering influence on electronic music composition and production, a legacy that includes the Composers Desktop Project, Ambisonics, and more.

Most recently, the Department of Music has climbed eight places in The Guardian newspaper’s university league table, to take 10th place for the Music subject area.

...We chose SSL because of its high-quality signal paths, and straight forward and intuitive mixing consoles. It's a combination of great integration with workstations and an analogue signal flow with a full complement of processing tools in every channel.
Dr Jez Wells

Before 2006 the Music Technology Group was mostly a digital, computer-based entity. Then the Music Research Centre was created, which includes the Arthur Sykes Rymer Auditorium performance space, the Ralph Vaughan Williams composition studio, and the Trevor Jones Studio, complete with its new Duality console. The Trevor Jones Studio is named after the famous Film Composer (Mississippi Burning, The Last of the Mohicans, Brassed Off…) who, during his formative years, graduated from University of York with a master's degree in Film and Media Music.

The Music department also has the DAW-centred Richard Orton and Lyons studios.

There are currently two production-based courses in the Music Department: The MA in Music Production, which has been running for several years already and has grown significantly in that time, and a new three-year BA degree in Music and Sound Recording, which covers a range of production technologies and techniques aligned to a wide variety of music including popular, rock, electronic, classical, contemporary, and non-western. "We try and strike a good balance between the arts side and the technical side on these courses," says Ben Eyes, Studio Manager / Sound Engineer at the facility, and PhD student. "It's a fantastic education in audio production looking at aesthetics, musicology in production, software programming, recording, mixing, mastering, and more.”

The studio is also there for specialist performance and composition students in the wider Music Department. Dr Jez Wells is the Programme Leader for the MA course and teaches on the undergraduate course: "We have a lot of composers and performers in our department," he notes. "They are doing our BA and MA Music courses, so they can be recorded by our Sound Recording and Production people."

In the light of the Department’s history of primarily computer-based research, the analogue SSL D24 Duality δelta console represents a significant move, opening up new opportunities for the university its students. Both Eyes and Wells are in no doubt that the new console is of enormous benefit to University of York Students, whatever course they are on. "There is a lot of value in having the SSL in a great room," explains Eyes. "...Listening to that kind of quality, you know you've heard what is possible... that it's possible to get recorded music to that standard. I think that's important, because you can continue to strive for that in your own work. 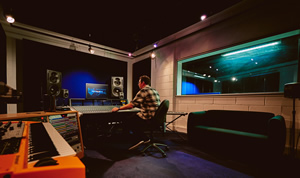 "It informs your choices on microphone positioning, acoustics of a room, quality of an instrument...You can make an accurate judgement. Without a good signal chain that's a lot harder. Being able to hear those things and make those judgements opens up a lot for us."
Wells continues: “When you want to teach signal routing and signal paths, the best way to do that is with a console. In the industry, our students will find both analogue and digital consoles, and we want them to be fully conversant with all tools, both the analogue, digital, and acoustic domains."

The console is already busy, both on the Production courses and for performance and composition students, helping to turn around portfolio work, and being a hub for research projects, particularly in surround sound. The Course Leaders and Lecturers manage the massive variety of needs with the console's Total Recall system and Template files, both for the console and for other devices in the studio.

Wells: "We chose SSL for lots of reasons. We didn't just choose the biggest name - we chose SSL because of its high-quality signal paths, and straight forward and intuitive mixing consoles. It's a combination of great integration with workstations and an analogue signal flow with a full complement of processing tools in every channel."