Simon Thomas has been utilising an SSL Fusion while out on the road with American singer-songwriter, Halsey, to complement her vocal-driven production. From power pop to cleverly distorted sonics, the Fusion is a permanent feature on her vocal buss.

Thomas started out in the industry as a lighting operator in the world of amateur dramatics, and because 'no-one wanted to do sound' he volunteered, soon moving into professional theatre and hospital radio, and eventually joining Britannia Row in the '90s as one of the then 'new school' engineers. He worked as a monitor engineer initially – and for a number of A-list artists including Lighthouse Family, Moby, and Machine Head. Further down the road, he moved onto FOH, and has been working at the very top level ever since. After completing Ariana Grande's recent Dangerous Woman tour, he got the call to do Halsey. 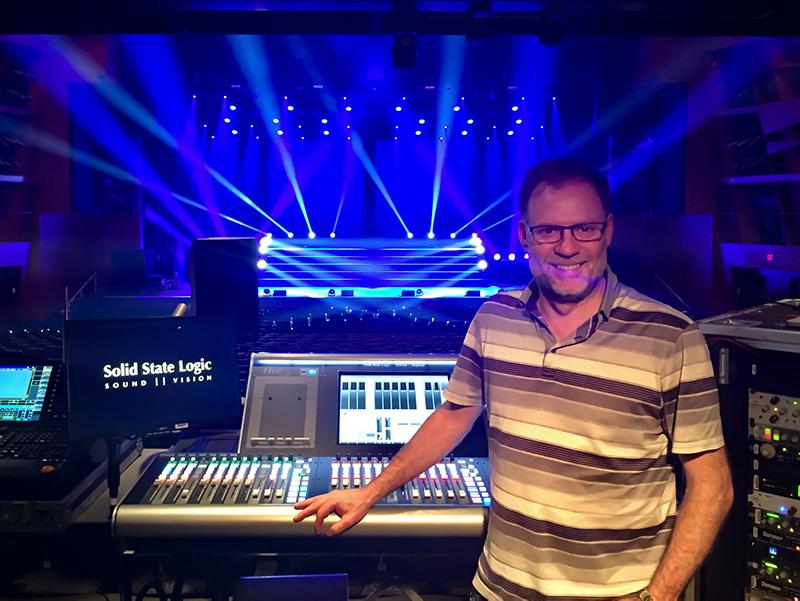 “I was only going to do it for three months, but I've been here two years,” he smiles. “We've been through trials and tribulations, and Halsey has consistently evolved, and she does steady business. She has a lot of cred, too, and her catalogue of music is really fascinating. I wonder how she comes up with half of it to be honest, as the versatility of her music is insane.”

For the last tour, which wrapped up on March 12th at Manchester Arena, Thomas started off on an SSL L200 console, as he liked how compact it was – but with growing production needs, he switched to an L550, provided by US rental house, Eighth Day. 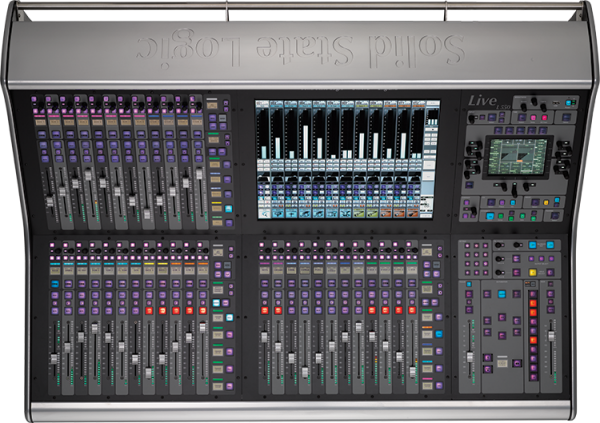 “The L550 has been very extensively used, and I have some tasty outboard too, including the SSL Fusion, which is across the vocal stems,” Thomas explains, adding that he also has a Bracasti, a C2 compressor, an old TC finaliser for his tracked BVs, a couple of Distressors, a Lake EQ, and a Primary Source Enhancer in his rack. “The thing is, all of this analogue kit just complements the console - there is still nothing that touches it, sonically. There are a lot of blogs out there which discuss analogue versus digital, but the results I get from my L550 are equally as good as what I got out of any analogue board. That is how good this console actually is. Also, if you imagine the amount of kit I'd have to carry around with an analogue console to get the same results as this L550, it would be ridiculous! It's such a great analogue sounding console in digital format, with recall. It can't get much better, can it?”

Halsey's vocal comes into the head amp on the L550, then at insert point A there is a Distressor and Primary Source Enhancer; next, it goes into the console's EQ before it all feeds into a stereo stem, and 'the magic sauce' is applied. Enter SSL Fusion:

“As soon as we first turned the Fusion on and punched a few buttons, we went 'how can that be possible? How can it make my vocal sound twice as loud without causing any feedback just by turning the thing on?' We found it so fascinating.” 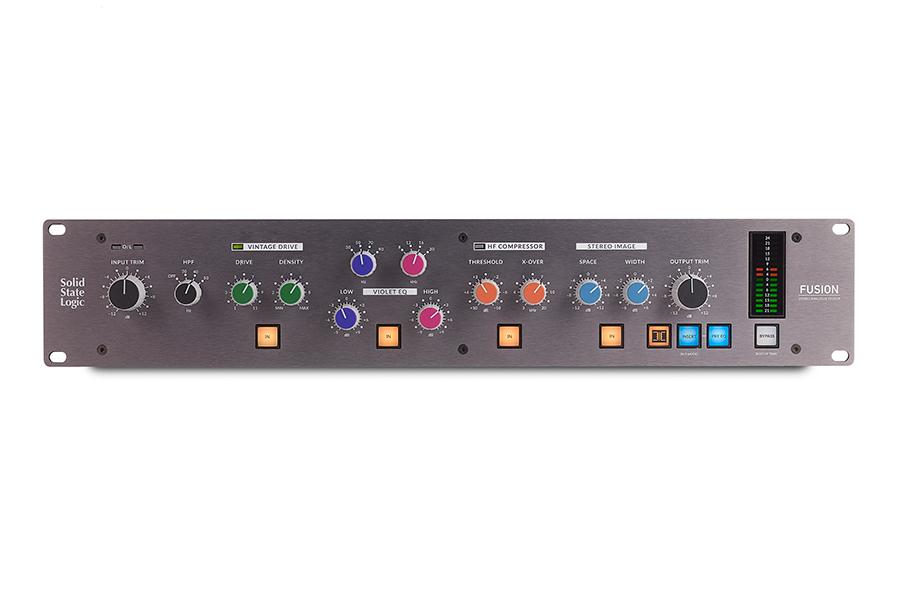 Thomas is using Fusion in various ways because Halsey's production is so vocal-driven, and because of the nature of Halsey's songs - they're so varied and extreme. Thomas likes to work with what he calls his straightforward clean pop sound as well as his driven, dynamic distortion.

“What we are doing is driving into the stem, whch is the really great bit,” he enthuses. “So the Vintage Drive setting [on Fusion] varies from what I call my clean vocal, which is Drive and Density both set at five, to pinning it at 11 for songs such as Experiment Me, which is a metal song with a distorted vocal. I literally have the Drive pinned in the red at 11 - and it doesn't come out! So you get this distorted vocal, but you get the true harmonics of the distortion rather than a guitar-type distortion. 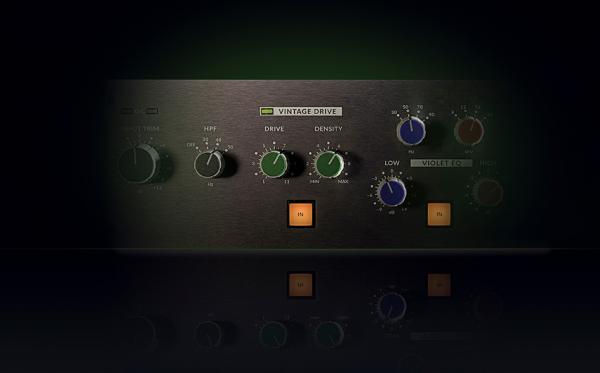 “Then that leads into the Violet EQ section, with the low end set at 90 and the top end at 16 boosted by anything from 1.5-3dB which, depending on the song, I am reining back in hard on the High Frequency compressor - set to about 10k, and at some points it's down by -3dB just to really push it down. So it opens it up, then slams it down when she is screaming, basically. It's such a great creative tool. In many ways, it's the Density which is the key to this unit – you just have to make sure you're getting that drive into the rest of the sections.” 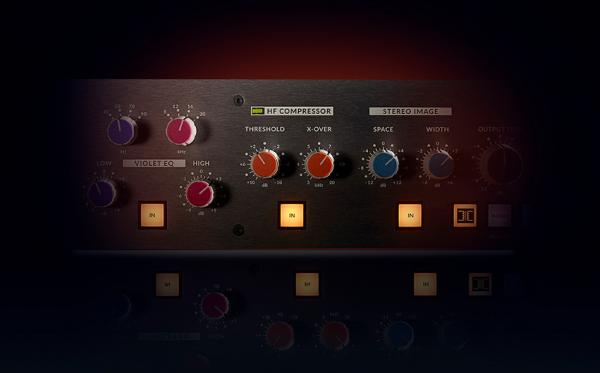 Thomas admits that he wouldn't say no to a whole rack of Fusions.

“We have laughed about it: 'shall we have a rack full of those next time?' But I'd really like to try it on playback,” he reveals. “The thing with modern playback stuff is, a lot of it is recorded at 44.1, and we run at 96k; people say there isn't a real difference, but there is a difference. The one thing about track stuff is that you do need to rein in the top end, but dynamically, so it is working and still 'breathing'. And I think the advantage of using Fusion here is to get some nice Drive and Density going there, some nice EQ, and that top end compression which is super useful in track stuff.”

“I absolutely love this machine; I cannot explain the fun me and my systems guy have comparing bypass, no bypass, going back and forth..! We laugh each day not believing it can do what it does. I also think if I could find the right compressor with a parallel function on it, I could use the side chain and punch Fusion in there, too. There really are so many possibilities.” 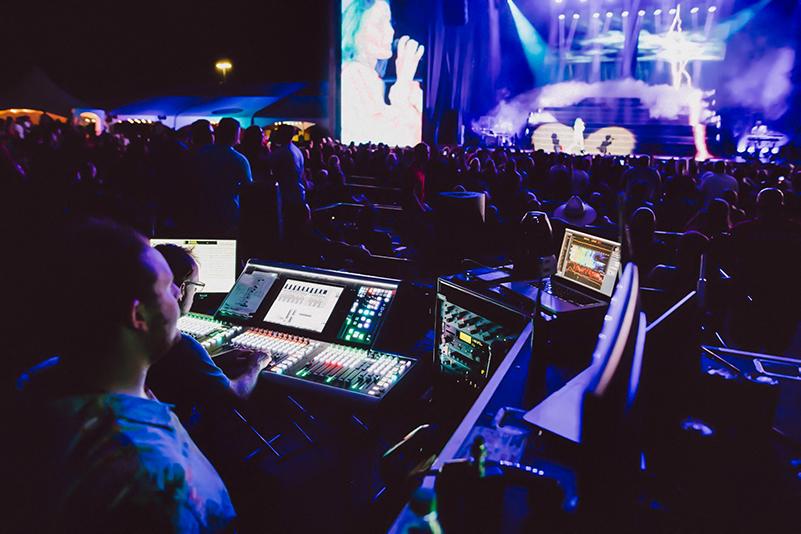