Award-winning production duo, Finishing Move, Inc. compose music and sound design for games, television, film, and ad campaigns, relying on an SSL Fusion processor for their workflow on hugely popular games such as Borderlands 3 and the Halo series.

Forged from a creative collective years in the making, Finishing Move, Inc. was established on simple fundamentals: create the best content possible and build something greater than the individuals involved. Principal composers Brian Trifon and Brian Lee White craft emotionally connected sonics for the world’s finest brands and media.

Where it all began..

Meeting 10 years ago in San Francisco, Trifon and White have a backgrounds in music as well as in marketing and advertising, later progressing to writing jingles and collaborating on projects, which brought them to their first video game project.

“We decided to make this an official thing because we work really well together. We have complementary skill sets, and we just really enjoy it,” says Trifon.

The duo formed Finishing Move, Inc. and hit the ground running when working on the music for Xbox game Halo 2: Anniversary, a remastered version of Halo 2 that featured extra content, high-definition resolution, a completely re-imagined and re-recorded music score, and re-mastered graphics and audio.

“This boosted our career quite a bit. Here we are in 2019 – we've gone on to work on some really sweet franchises, and have made some really cool music,” states Trifon. “We were just thrown into the deep end, but it turned out great and everyone's happy.”

Games... not movies or TV

That early project led to opportunities with Halo Wars 2, Crackdown 3, and Borderlands 3. Trifon explains that the duo are usually given a version of the game that isn’t playable yet with minimal game capture:

“We’re not scoring for a movie or TV where scenes are picture locked and happen the same way each time - it's more concept art and game play capture, so we have a lot of discussions about what we're trying to accomplish stylistically. For Borderlands 3, which is a massive game, they needed a number of composers. So as we were writing music, we would play test and see how it’s working in context, and then adjust our writing to that.”

He adds that the team are often the last people to add their skill set to a game, in terms of sonics and mastering:

“A big part of our process, and something we really pride ourselves on, is having a really great mix space and deep knowledge of the sonic process to make stuff sound good.”

The duo use an SSL Fusion all-analogue 2U stereo outboard processor for their game score work, utilising its five analogue colouration tools.

White was first introduced to SSL’s Fusion two years ago, after selling all his analogue gear.

“I never really reclaimed what I was missing, so I finally bit the bullet [with Fusion] and I went back out of the box for my master chain. I started building that piece by piece to get a sound that I wanted,” he explains. “Typically, I have a bigger mastering chain that has a couple of transformer processors and a couple of compressors, and then the Fusion. I instantly loved the drive control on it – the sound of cascading transformers is a great start but I was still missing something. Fusion was the missing piece of the puzzle: it's not killing my dynamics, it's filling up the sound in a way that behaves really nicely on cinematic stuff with strings and big drums, but also sounds amazing on pop, rock and EDM. That's the cornerstone of how I use the Fusion: I love the drive control. I would pay the price of the unit for just the drive control!”

But this is not the only feature of Fusion that impresses him: 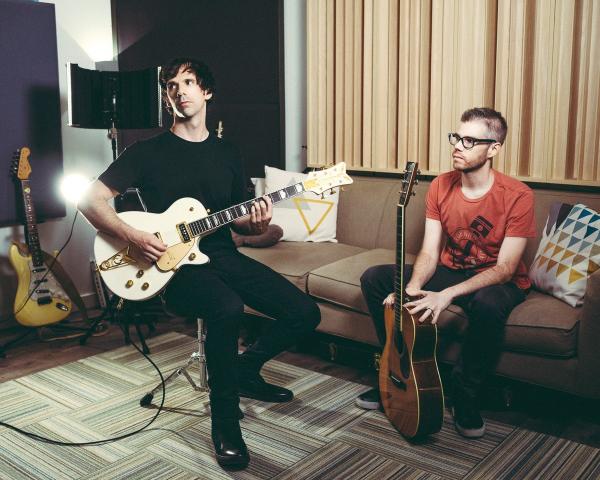 “The other parts are also great, like the EQ – and the high frequency compressor is another amazing tool that most people don't think about. They don't thing about de-essing their whole mix, but when you’ve got a bunch of really harsh sample libraries and stuff that's gone through the wringer, and been converted 1,000 times, it can have some nasty artifacts and aliasing. When you stay entirely in the computer, I feel like that stuff gets retained and built up. The high frequency compressor really helps settle that down in a way that's a little bit more natural because it's an analogue circuit; you can drive it into this tape-style high frequency roll-off, and that is really great.”

The stereo image control also gets a big thumbs up:

“The stereo image control is always on - I'm always adding a little bit to the width. I use the insert for a SSL, 4K style VCA compressor. So that goes in most of the time on most mixes. But I just love that insert and the mid-side thing; it just adds a whole lot of value and flexibility. Fusion is superb for processing single tracks - when I run stems through it and print those, it really adds something.”

According to White , in terms of working with instruments, the Fusion's transformer options sound a little sweeter on a bass guitar or vocal:

“It's got this sparkly ‘pop’ that can turn a mix a little bit roasty, which is cool for a very specific kind of mix. When you use them on an individual vocal, electric guitar part, or bass guitar, they have this really vibrant sparkle that helps you through the mix.”

For Trifon and White, scoring video games is always about finding the right sonic recipe.

“There are no rules, and we're always trying to push the boundaries in terms of what's possible in realtime, especially with the nature of a video game, where there is no locked script, as such,” Trifon summarises. “How do we make it feel like a film when we don't know exactly when the tank will blow up, you know? [smiles] So sometimes it's about cheating the cinematic experience a little.”

The latest Boardlands 3 sound track and many other Finishing Move productions can be streamed via SoundCloud here: https://soundcloud.com/finishing-move-inc