Los Angeles, California - Jim Ebdon has been the Front of House Engineer for Maroon 5 since the early stages of the band's rise to the top rung of the global pop-rock scene.
The most recent tour of US and Europe finishes in July before a new round starts in Texas in September. Accompanying Ebdon throughout this is his new choice of console - the SSL L500 Plus.

In particular Ebdon has been impressed with the onboard processing. "The onboard compressors sound great, the gates work really well, the effects are very good. The delay is amazing... I think the end result just seems bigger, and fatter, and more open. I do have one outboard reverb, which is something I'm just used to and something I take with me, but I could easily do a show with the on board reverbs - they sound fantastic.

“It’s probably the most analogue sounding digital console there is.” 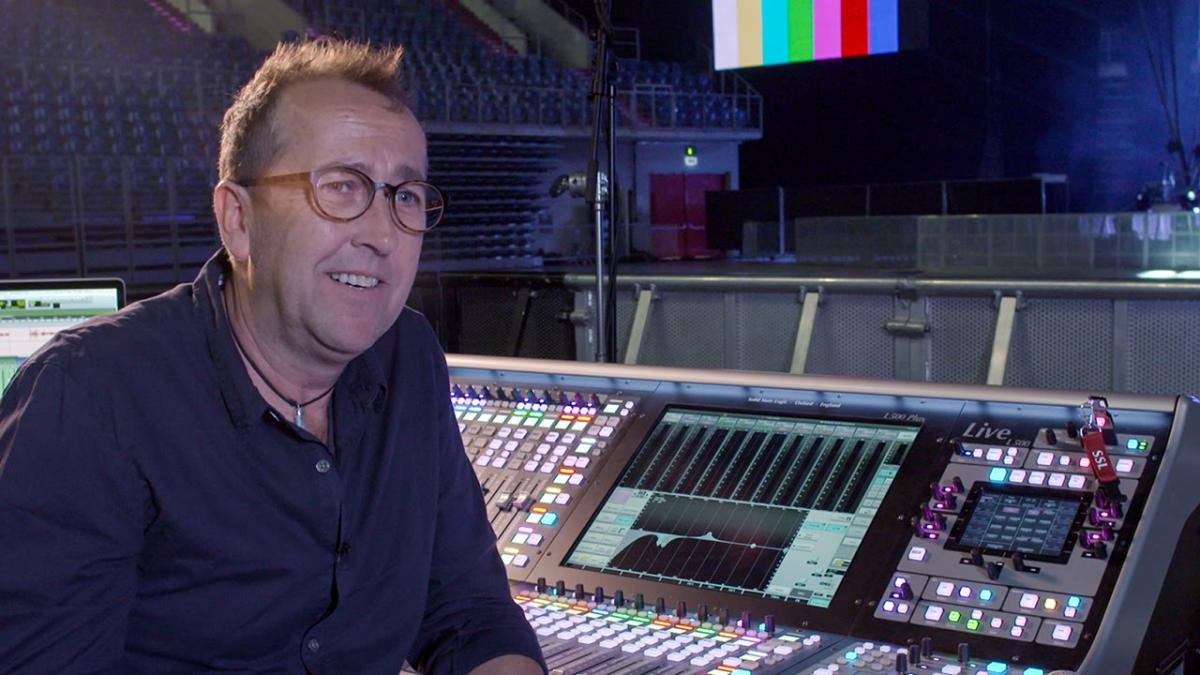 On the current show, band inputs total around 56, and Ebdon has been using the redundant fibre-based SSL Blacklight II connection from stage - a high bandwidth multiplexed MADI format capable of carrying up to 256 96kHz signals.

"They are the most consistent band I have ever worked with,” says Ebdon. “…Especially the drummer. He never misses a beat." Because of this, and because Ebdon is so familiar with the band, he doesn't need them for sound checks. He uses a recording of the previous night's show and switches the console into rehearsal mode so the inputs are taken from the multitrack rather than the stage.

For lead singer Adam Levine's vocal Ebdon uses a tried and trusted external preamp, though once into the console he uses the internal EQ and a multiband compressor from the L500 FX Rack.

One feature on the L500 that particularly stands out for Ebdon is the All Pass Filter – an adjustable and gradual phase shift around a centre frequency, without gain change at any frequency. Fine tuning the relationship between channels with the All Pass Filter can have a profound effect on the sound: "Just getting two guitar channels beautifully lined up - the presence is incredible," says Ebdon. "I'm really impressed with that." Ebdon also uses it with his three kick drum channels (two mics and a sample): "As a standard feature on this console it's amazing, he says.”

Ebdon uses traditional Aux path types for FX and so on, but does use the Stem path type for things like parallel compression and record splits for broadcast trucks. "I can send all my vocals to one pair of stems," explains Ebdon. "Then all the guitars to another pair, and so on. In the record truck they just to put all the faders at zero, and there is my mix."

A stem is a versatile, fully processed audio group with extensive input and output routing possibilities - including other Stems. Any stem can be derived from any one of six points along another processed path, and of course any processed path can be re-arranged simply by dragging and dropping processing blocks using the large multi-touch screen.

Overall, the analogue sound of the L500 paired with its digital advantages are a winning combination for Ebdon: “For me, the SSL is an analogue console with a save button!