Yakabuski began mixing audio in 1981, and with almost 40 years of mixing and touring under his belt, was only introduced to SSL a few years ago – admitting he was at first reluctant to switch to the console manufacturer. “I wanted to hear from my colleagues that stability on the road was not an issue – and I did,” he recalls. “So I knew I needed to get a board and give it a try! With an upcoming tour approaching (Peter Frampton’s Finale-Farewell Tour), I decided to look further into using an SSL L550 for the FOH mixer. I made some calls, and then was treated to a few hours of one-on-one instruction from SSL's Fernando Guzman which peaked my interest. I was ready to dive in!”

Peter Frampton Finale - The Farewell Tour culminated in October 2019, and was Frampton’s chance to say farewell to fans that have been coming to his shows for over 50 years. After being thoroughly impressed with the L550, Yakabuski switched to the console for this tour, and hasn’t looked back since.

Before the Peter Frampton tour and prior to using SSL, Yakabuski always favoured an analogue setup and layout: “The FOH mix on this tour could easily be done on a large format analogue console, but the previous FOH engineer and current monitor engineer decided to move it to digital for footprint reasons, and also ease of save/recall when using consoles brought in for private and one-off events,” Yakabuski explains – adding that he did not use automation scenes for each song or many of the other ‘digital' benefits the console boasts.

“The key feature of the console that I used the most was its sonic richness. It sounded so good it removed the necessity to add on any external signal processing or plugins accessed via Madi connectivity,” he enthuses. “It became analogue mixing all over again, on a console that offered me multiple options for routing and processing, but begged to be ‘left alone’ to simply sound great and blend great-sounding inputs from the stage. With each input left mostly unaffected and sent directly to the stellar-sounding summing at the master buss, all it took was pushing the faders up to hear that I didn’t have to ‘fix the mix’ – just let it be.” 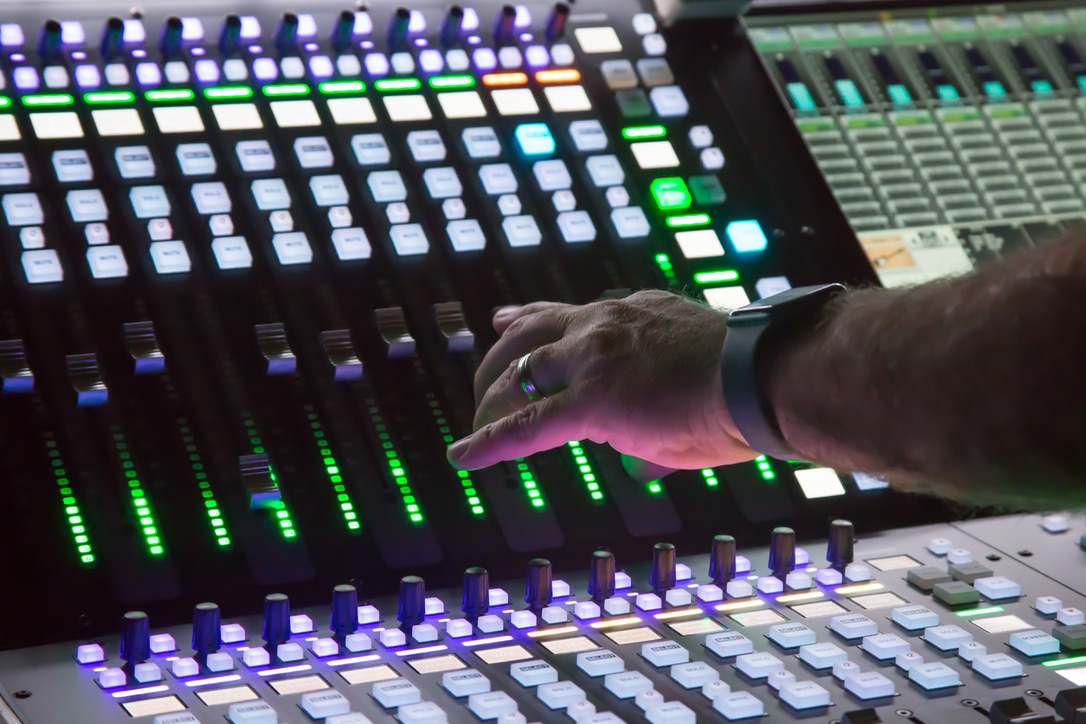 Yakabuski set up the console in a way that suited accessibility to key input channels and output busses to suit his personal workflow. With three tiles of 12 faders each, he managed the layers so that he was able to access any input channel or output mix from any layer on any tile.

“I’m old-school this way – I still like to use auxes to send to effects and return into input channels,” explains Yakabuski.

On the tour, all EQ and dynamics were SSL onboard-only.

“Our daily approach always originated with tuning the entire sound system to be very consistent and optimised for the room with the same ‘flat’ transfer function response,” Yakabuski elaborates. “With this palette to work with, I found that I didn’t need much in the way of channel EQ and compression to bring a channel up in the PA and have it sound great right out of the gate. Some high-pass filters and small EQ tweaks was about it. Light compression was also used - emphasis on light - and noise gates were almost non-existent as the dynamic range of the band was huge: a whisper to a scream in regard to levels on drums and other instruments! I most often worked with the beautiful main display screen in ‘Channel View’ mode. From there I’d do a quick double tap on the EQ section of the channel, which is my default, and I’d be in ‘Detail View’ – which opened up accessibility to almost every function of channel adjustment I would need, from input and insert routing, to dynamics and panning.”

Yakabuski stresses that the sound of the L550 console is its main talking point, adding that this is the main reason most engineers switch over from their current console of choice, or think about making the switch when the right project comes their way:

“It’s big and warm,” he smiles. “It’s natural and uncoloured, but in a way that doesn’t feel ‘sterile’ and make you want to reach for a saturation plugin to warm up the sound of an input. The way all the input channels sum at the Master Buss feels uncluttered and analogue, and you find that you’re hearing ‘space’ between the channels that you didn’t feel was there before with other consoles. Each channel sounds as big and round as you want it, but there’s still space between the sources. It’s really cool! And the stereo imaging is phenomenal. I think it’s the first thing I noticed when I listened to one of my favourite ‘PA tuning’ tracks, and also when I started putting a mix of a live recorded show together from virtual soundcheck – panning channels in the stereo field.”

VIEW MEDIA
SSL ENSURES NO NEED FOR BACKUP ON…

Calvin Harris recently completed his DJ residency in Ibiza. FOH engineer, Nathan Lettus, was brought on to the tour, requesting that an SSL console.