A charity concert aiming to raise funds for industries hit the hardest by COVID-19 recently employed an array of SSL Live consoles for the historical event.

Hong Kong, August 2020 - The ‘Live is so much better with Music’ Eason Chan Charity Concert was the first ever event held by the HK LPPIA — Hong Kong Live Performance and Production Industry Association, and was streamed worldwide on YouTube, Facebook Live and Tencent QQ platforms with an estimated 10 million live views. Consoles supplied by Miso Tech Co Ltd, Hong Kong.

The event was in fact made up of two separate shows. The first was a sunrise show broadcast from Victoria Dockside against the backdrop of the iconic Hong Kong skyline, which was recorded in one take on the previous day to prevent the gathering of large crowds. The second show at sunset was a rebroadcast of the sunrise show, followed by a fully live performance from inside the Hong Kong Coliseum.

Three SSL Live consoles were used across both shows — an L550 for live broadcast, L500 for band mix, and L350 for the artist’s personal IEM mix. Stability was always the main priority when it came to console choice, as sound engineer Frankie Hung — who has used SSL on almost all of his shows since 2014 — revealed: 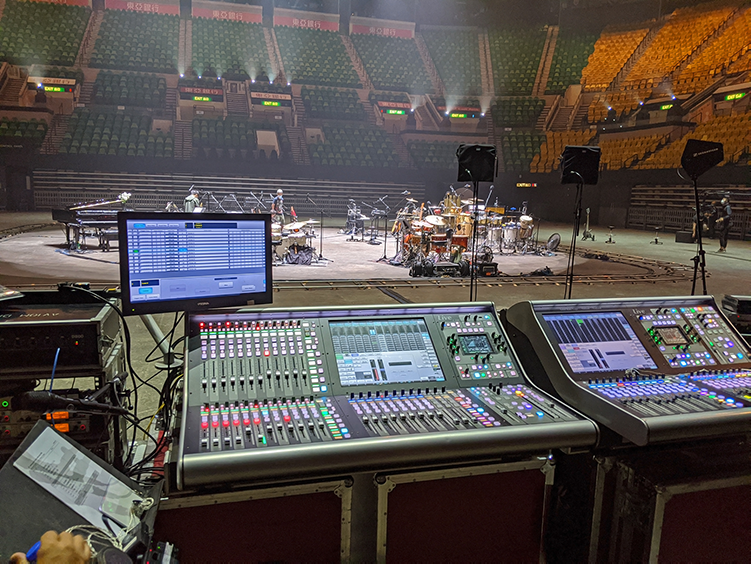 “SSL desks are of course very stable and sound the best in terms of live consoles. Because I’m a studio and a live guy, the L550 is the perfect fit for me. I use a lot of stem processing which is from studio style mixing, so I do all the routing for stem processing and FX offline. During sound check, I program snapshots for each song and I really like the flexible way in which I can recall safe individual parameters after I get a better understanding of the show.” 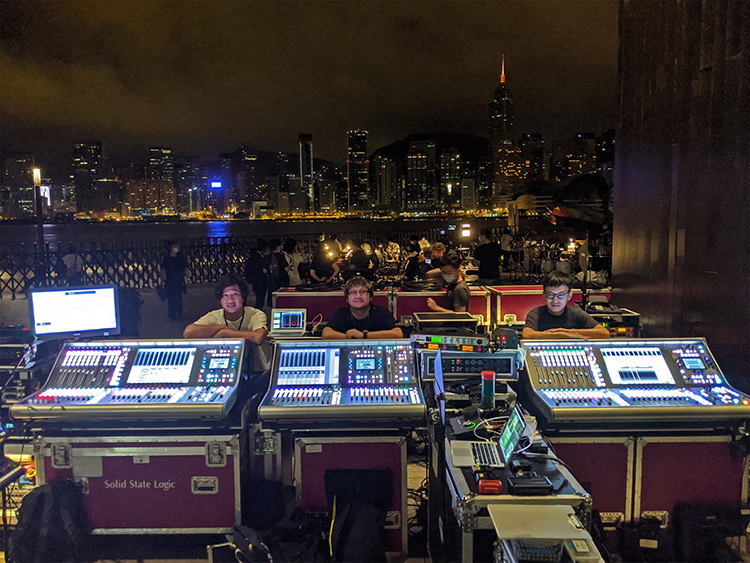 Setting up the three-console ecosystem for each show proved to be a simple task. Typically, Hung utilises two complete sets of stage boxes: one for FOH, and another to serve band monitoring and IEM monitoring. The two monitor consoles shared inputs from SSL stageboxes via a Blacklight II Concentrator with redundant connections.

“The touch screen interface is fast and smooth,”

Said Hung. “I really love the smaller screen — a selection of buttons and encoders clearly turned this area into a dedicated channel-strip section, and having access to an at-a-glance view of the whole console’s signal flow was super helpful.” 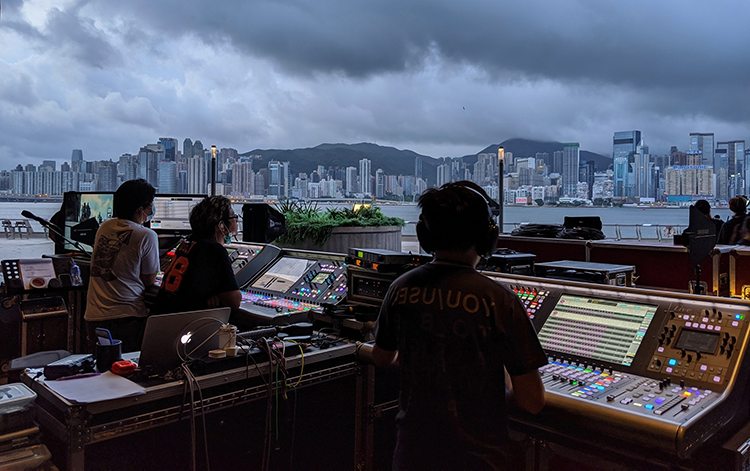 Despite neither venue throwing up any major problems for the system, one big challenge for Hung was the need to provide a sound feed for various live broadcast platforms, including the local TV station, local radio station, YouTube, Facebook Live and Tencent.

“I fed them separately through different matrix outputs so that I could compensate for the signal depreciation in each broadcast platform,” Hung explained. “By using the virtual soundcheck function, I ran the mix with a round-trip audition and did different EQ and dynamic processing, just like how I do mastering in the studio.” 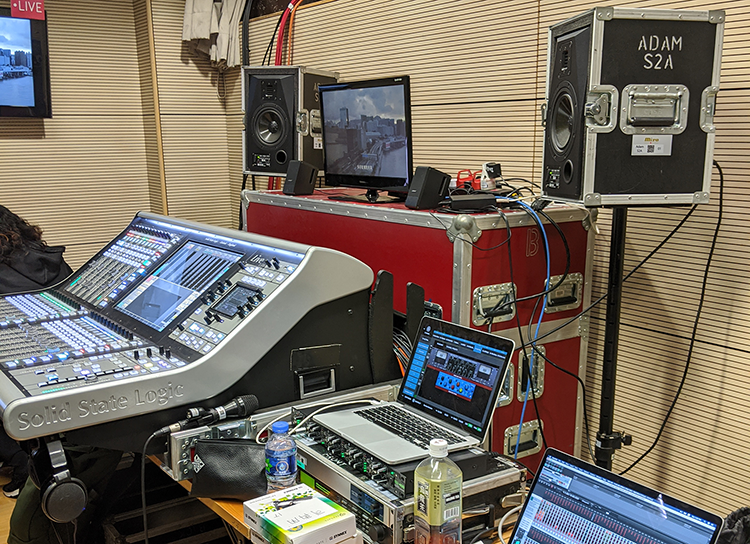 The charity concert, which has now been removed from all platforms except the HK LPPIA Youtube channel, is on track to reach its fundraising goals with the donation period currently still open. Donations made for the ‘Live is so much better with Music’ Eason Chan Charity Concert will be contributed to the HKLP Anti-Epidemic Fund administered by Yan Chai Hospital and used to help members who have been affected by the pandemic. Please get in touch if you wish to make a donation.

With powerful remote production features, built-in immersive audio capabilities and more, no other audio production platform presents such a…