Eslövs, Sweden — Folkhögskola, Scandinavia’s version of the arts and science community college, can trace its origin to a social movement at the turn of the twentieth century to provide farmers’ children with a higher education. Now, one of those schools, Sweden’s Eslövs Folkhögskola, has a new origin story, with the installation of a Solid State Logic ORIGIN 32-channel analogue inline mixing console and an integrated UF8 advanced DAW controller at its Yellow Brick Studios. 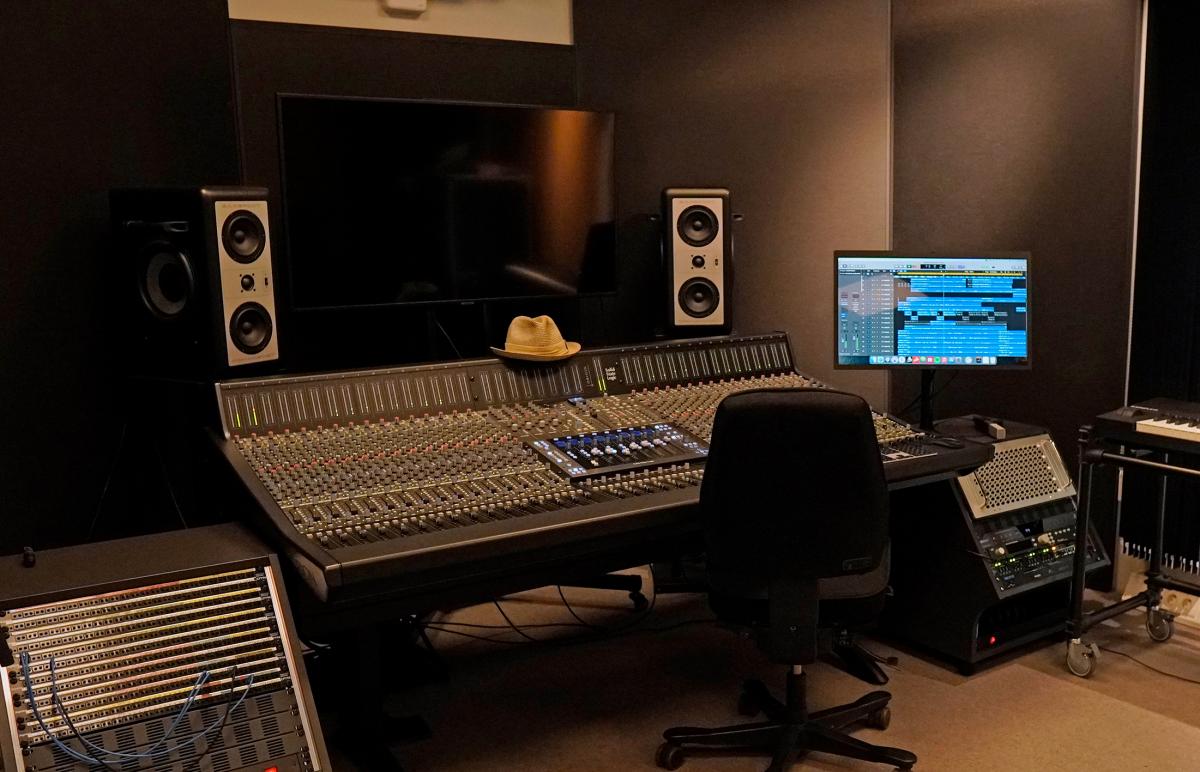 The studio facilities are housed in a new building at the school, which was established in 1897, that includes a multi-purpose room accommodating music and musical theatre, dance and art gallery spaces, known as the Multihuset, or multi-room. The new studios encompass a 280-square-foot control room featuring the SSL ORIGIN plus two recording and songwriting rooms, each 323 square feet. The adjoining 1,723-square-foot multi-room, used for teaching and performances by various arts disciplines, serves as the main recording room and offers a ceiling height of over 25 feet.

Joakim Barfalk, who owns and operates Chromophone Records & Studios, consulted with the school on the new studio project and, alongside Swedish pro audio equipment provider ARVA, provided guidance on technology choices and recording room acoustics and also wired the rooms and integrated the equipment. Barfalk has built and outfitted numerous facilities across southern Sweden since 2005 through his Audios design and integration firm.

Following consultations with the school, Barfalk says, “We found that the SSL ORIGIN was the audio console that fit both the client and space the best. ORIGIN provides, among other things, great and well-renowned SSL sound quality via its preamps, EQs and mix busses, and the number of channels is well suited to the client.” Because the new multi-room is used to record large acoustic ensembles and choirs, he says, “Finding an audio console where all channels have the same dynamic range and transparency was another contributing factor in making this choice.”

The school also needed a DAW control surface for the main studio. SSL’s UF8 controller was also a perfect choice, Barfalk says. “Considering that it could be fully integrated into ORIGIN, and that it was adapted to all the DAWs that the studio was going to be kitted-out with, we chose to fit a UF8 in the middle of the console right from the start. It has been greatly appreciated by both students and staff.” 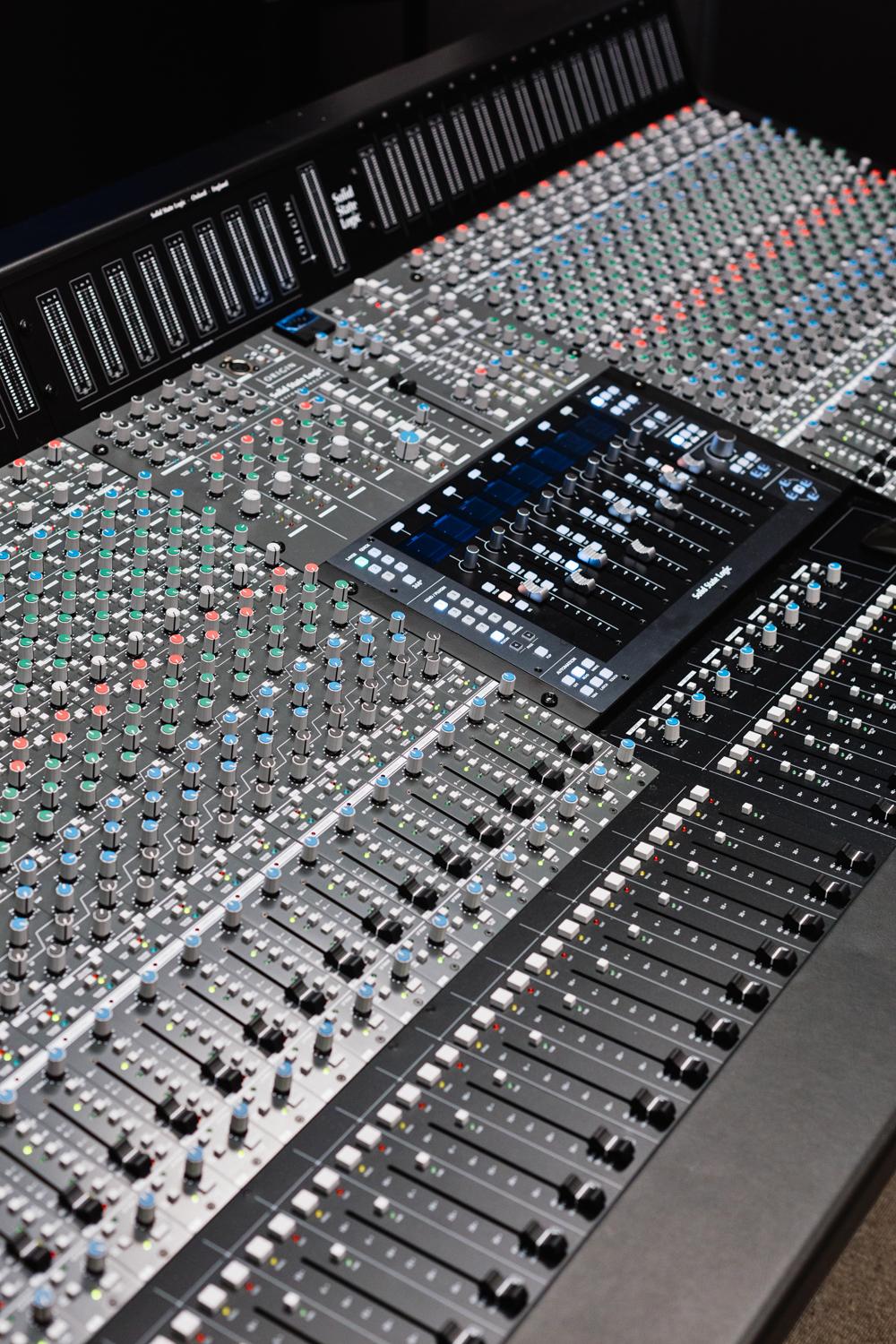 Because Yellow Brick Studios is primarily a learning environment, the school wanted all of the equipment to be from recognizable brands and to include a complement of microphones, monitors and other equipment typically found at professional facilities. “We put together an impressive mic locker which more than covered the school’s needs and also offers a great collection to anyone renting the space. After deciding on SSL ORIGIN, we selected a pair of Thomas Barefoot’s MM 27 speakers plus a Bricasti M7 as the studio's main reverb,” he says. 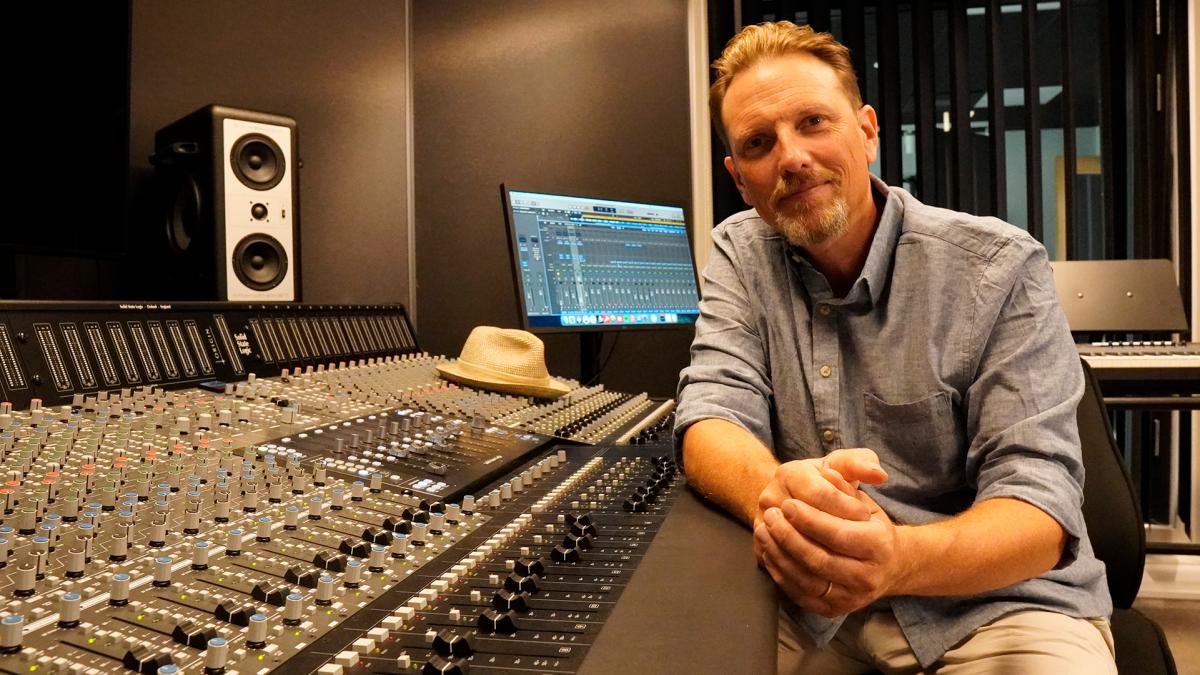 Barfalk’s Audios firm interconnected all the rooms with analog audio tielines plus Ethernet cabling for Dante transport, musician foldback and video links. “We did all the installation including the full patchbay, which included wiring for outboard. We connected traditional copper wires to and from all the recording spaces,” he says, using the shortest possible runs. “Channels 1-16 are connected to recording room 1 and channels 17-32 are connected to recording room 2 in normal mode. In simply switching over in the patchbay, some or all of channels 1-32 can be accessed from the multi-room” at the ORIGIN console, he says. “Aside from using ultra high-end conversion to and from the computer, we also equipped the Mac Pro with Dante networking. The wiring makes it possible to simultaneously record 32 channels from the multi-room via the SSL ORIGIN as we record 64 channels via Dante with external preamps or a digital console.”

As things turned out, Barfalk was one of the first clients to use Yellow Brick Studios’ new facilities, tracking strings for Dreamland, a new musical by composer Chris Miller and lyricist Nathan Tysen, an American songwriting team, and choirs for two other projects. Having previously worked on a variety of SSL consoles at Peter Gabriel’s Real World facility in the U.K. and studios across Sweden, Barfalk is ideally positioned to comment on the new desk’s performance. “ORIGIN’s EQ works just as expected from having used other SSL gear,” he says.

“The EQ is capable of moving seamlessly between soft, sweeping brushstrokes to accurate, almost surgical procedures.”

He continues, “When I work with strings, I want to capture the acoustic sound as naturally as possible, and therefore always choose spaces where the instruments sound good. Choice and placement of the microphone is the only flavor I wish to add. It is also important that the preamp and other parts of the sound-chain are as dynamic and transparent as possible. SSL ORIGIN was set with as short a signal path as possible, which delivered the expected clear and dynamic sound with high separation and good integrity.” 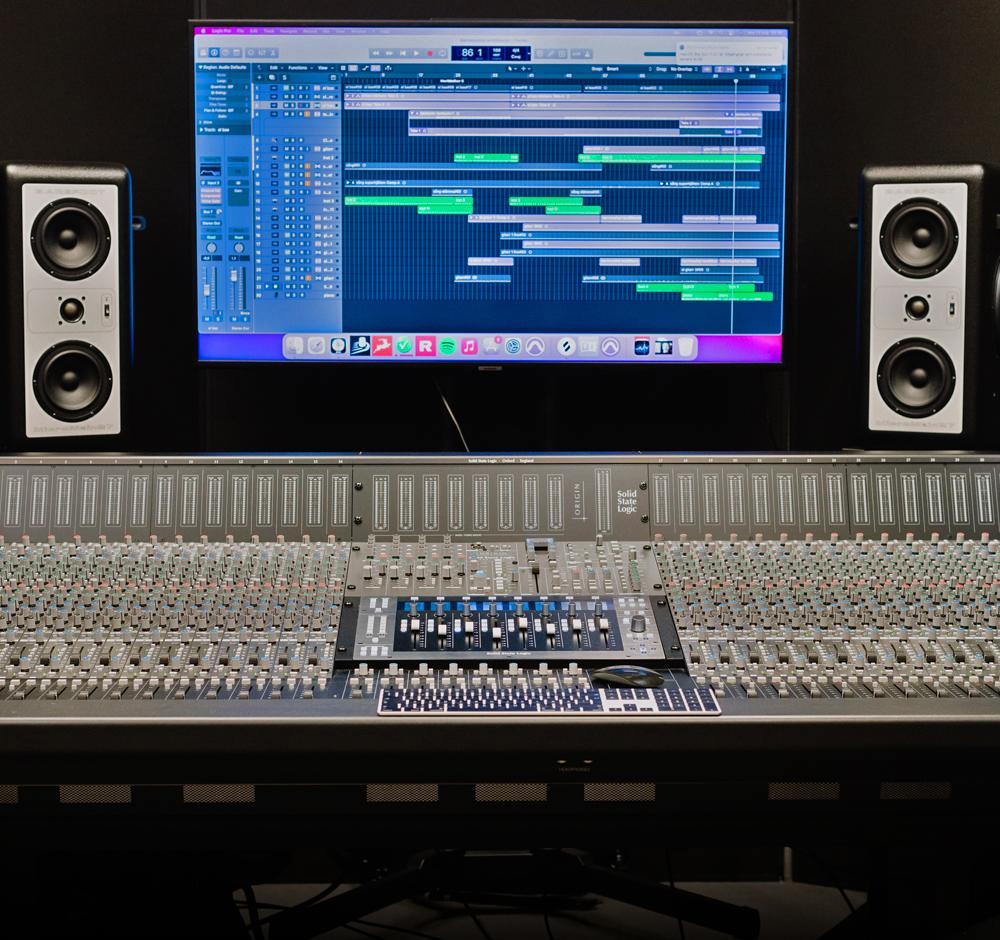 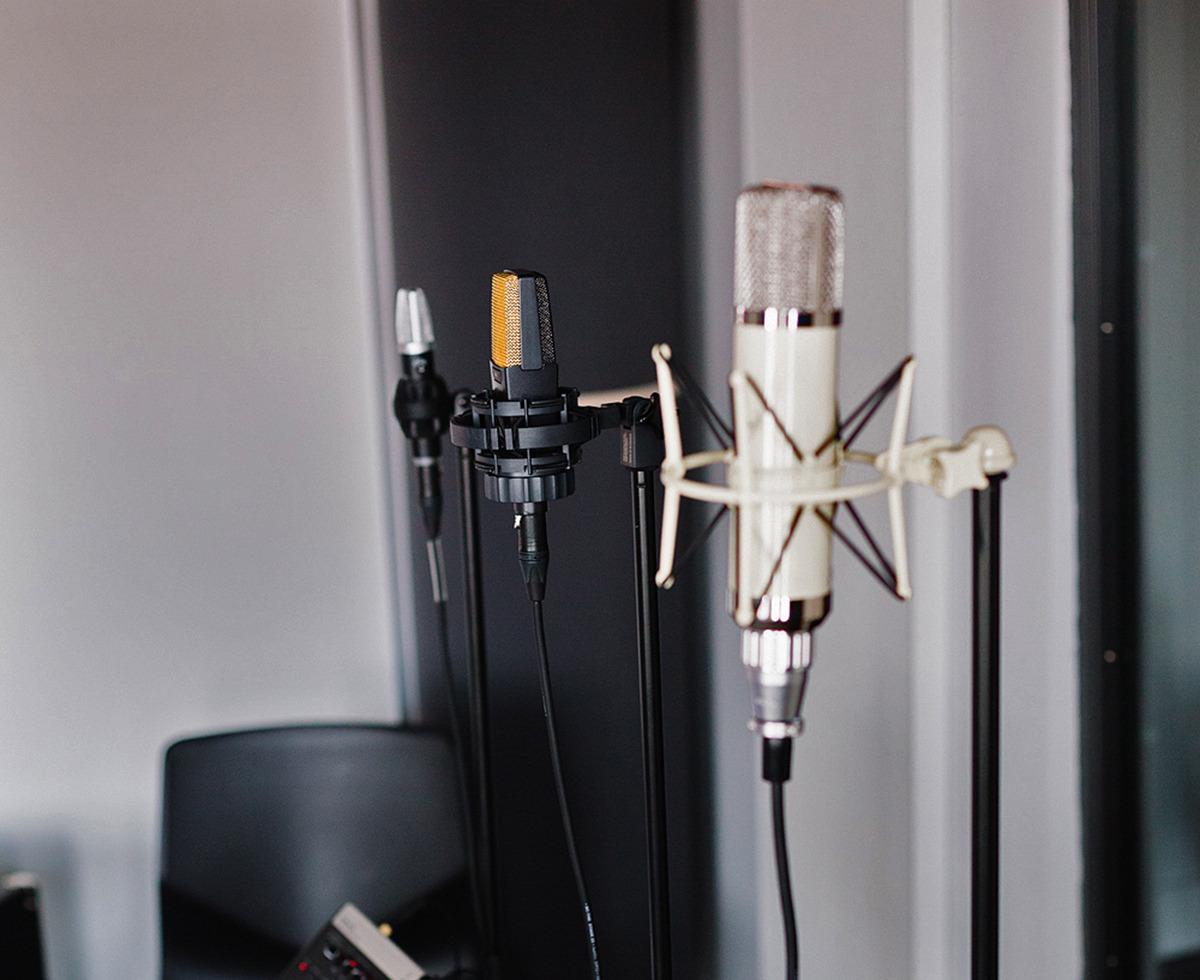 Barfalk captured room ambiance with a pair of Jörgen Thuresson CM501 microphones, which offer extended low frequency response. “ORIGIN reproduced these sub frequencies so well that we had to adjust the high-pass filter to cut out the lowest bass sounds to avoid recording any disturbing sounds from the far outside of the house.”

He also used a pair of passive Royer ribbon microphones, which typically require a lot of gain at the mic preamp. “As always, I also connected a Cloudlifter to see if the signal-to-noise ratio and frequency reproduction changed. I can honestly say that the difference, if any, was so unnoticeably small that I chose to record with the SSL as the only amplification,” he says.

“Much of this is based on the console providing you with a clear layout, that the EQ and mic preamp deliver good dynamics and that it responds swiftly to any changes that you make,” Barfalk says. “The fact that Yellow Brick Studios, with the SSL ORIGIN, now has the same ergonomics and overview, I believe, can contribute to teachers and students being awarded great opportunities to develop efficient workflows.”