Amsterdam, The Netherlands - The Analogues is an extraordinary band with an ambitious mission. The aim is to recreate, live, the last six Studio albums of The Beatles using the same instruments, amplifiers, and so on - and the same arrangements, complete with live strings and horns. The band has tracked down and restored period instruments from all over the world, such as a rare Lowrey Heritage Deluxe Organ, as used on the introduction to Lucy In The Sky With Diamonds. To date, the band has conquered Sgt. Pepper's Lonely Hearts Club Band and Magical Mystery Tour, and will start touring The White Album from January 2018. 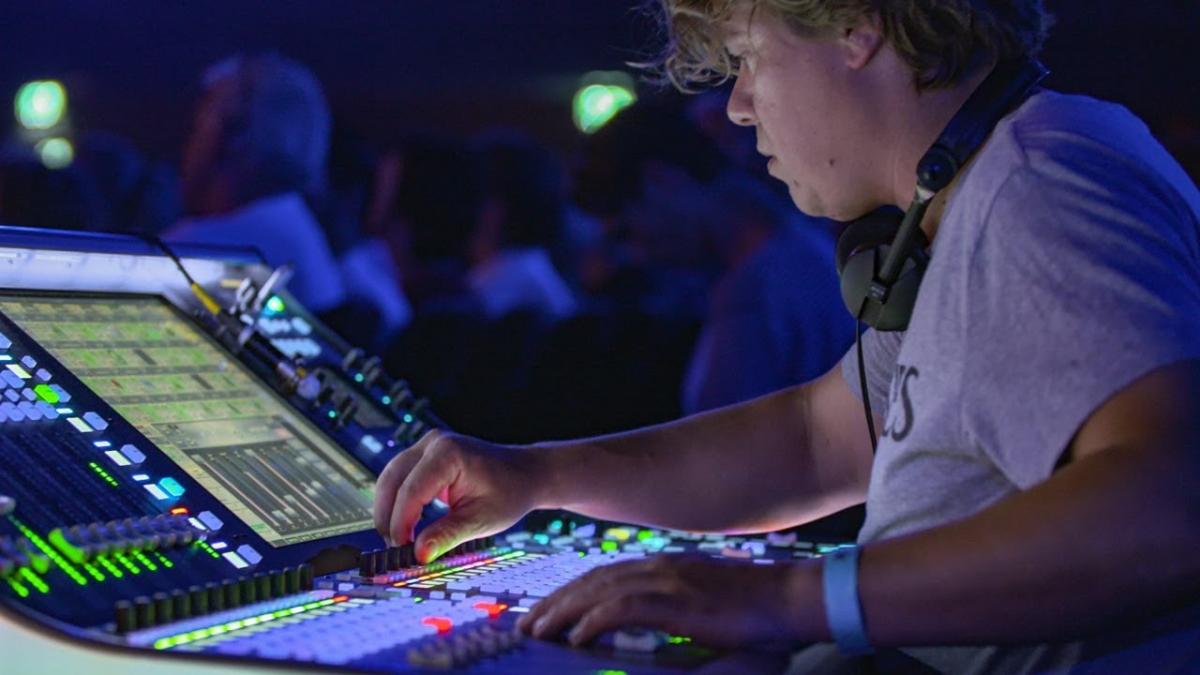 Remko Luijten, the Front of House Engineer for The Analogues, has been working with the band for two years already, and Ger Arts, Monitor Engineer, has recently joined the tour. Because of the extreme demands of this project both engineers have selected SSL Live L500 consoles as their tools of choice, supplied to the tour by the Dutch rental company Peak Audio. 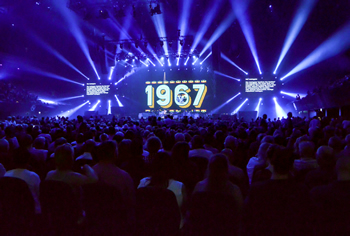 Solid State Logic managed to talk to both Luijten and Arts shortly after a tour highlight - the celebration of the 50th anniversary of the release of Sgt. Pepper with a sold-out show at the 17,000-seat Amsterdam Ziggo Dome. The event comprised complete performances of both Sgt Pepper and Magical Mystery Tour, plus a third section of additional material with an array of special guests. The show was an exposition of The Beatles' creative innovation, with a constant stream of vintage instruments moving on and off stage, and exceptional musicianship - from the five versatile core band members, to the many guests and ensemble musicians. To accommodate the range of extra guests, a second monitor console was deployed - another SSL L500 - operated by Sydney van Gastel.

The main thing about this console is obviously the sound. They were all good, but this one really stood out - and that's the most important thing for us.
Remko Luijten, FOH

While the instruments, amplifiers, and several of the vocal microphones are authentic originals, allowances had to be made for the demands of the project and the practicalities of bringing such complex arrangements to the stage. "The Beatles never had to play these songs live and so had far fewer problems with crosstalk or feedback to deal with," explains Luijten. "For example, we didn't want any screens on stage, so the drum kit is not isolated... And the strings are right behind it!"

Even this was not an insurmountable problem for the team. They settled on a piezoelectric contact element and microphone combination, using the piezo for the bulk of the sound with the microphone signal blended in. Luijten: "Even only two meters behind a drum kit, it works... which is nice!"

The Analogue's attention to detail, extensive instrument collection, and additional ensemble members, mean that the input count for any show is high. 'Normal' shows use four 32-input SSL SuperAnalogueTM Stageracks, while the Ziggodome special added another rack to accommodate guests and additional ensemble. 'Normally we have around 100 to 110 inputs," says Luijten. "...There are a lot of vocal positions for each musician, a lot of instruments that are only used for one song, and of course we have an orchestra and the percussionist."

To manage such an undertaking with a 'vintage' console, would be unthinkable: Luijten: "If you really wanted to stay true to the original you'd obviously need an analogue desk, but you'd need a desk at least five meters wide for the inputs we'd need to accommodate! Besides that, every song is so different from the previous one that you have to do some automation on effects and on EQ. There's no way it could be done on an analogue console... though sound-wise, this desk comes as close as you can get."

Luijten has all the instruments available on the first two fader tiles. He uses the L500's third tile as the target for the its Super-Query function, which spills the source and destination paths of any selected Channel, Stem Group, Aux, Master, or VCA across the console in a way that can be defined by the user for each path type. 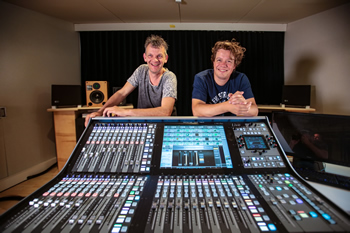 Part of his mix strategy is to make a Stem group for each person on stage. "They all play so many instruments that the easiest way is to name the person,“ he explains. "And then whatever they're playing in that song is on that fader."

Luijten uses very little outboard - just an analogue tube EQ and compressor in one of the master inserts. He uses a Waves server for a few specific effects, but everything else relies on the SSL standard path processing and internal FX rack. "For every vocal I have a four-band dynamic EQ... Those old mics are really sensitive to the proximity effect, so the SSL dynamic EQ kicks in when needed and does a great job.

"One of the main effects I use is the SSL Tape Delay of course. I have it set up on a macro key so I can bring it up on screen with one button press and easily edit it."

According to Luijten, a prime factor in deciding to use SSL Live on tour was 'feel': "I ask, what feeling to do get when you're behind the console? Does it do what you expect? Can you find stuff easily? The learning curve on this console is not steep."

Ziggo Dome show monitor position during rehearsals. Ger Arts is at the main console (left) with the guest monitors console on the right.

He explains that the original console choice for the show was made by auditioning several manufacturers’ consoles - spending a day with each one. "The first move was to sit behind the consoles and try to set up a show and start mixing without a manual. With the SSL it was easy.

"Though what immediately caught my attention was the EQ. We put up a multitrack from our show via MADI and started mixing straight away. As soon as you turn a control on an EQ you realise 'this is what I want to hear'... That was quite special.

"The main thing about this console is obviously the sound. They were all good, but this one really stood out - and that's the most important thing for us."

Everything has space as soon as I bring the mix up - you can bring new channels in and they sit where you want them to be. To hear that from the first song of the first sound check was amazing!
Ger Arts, Monitors

For Ger Arts at monitors, the sheer power and flexibility of SSL Live is a boon. For a regular show he creates 24 separate stereo in-ear mixes. The five main band members have completely independent mixes created from the original discrete inputs, while the ensemble members' mixes are derived from Stem groups, plus each player's own channel.

His approach - specifically to IEM - has far more to it than simply trying to recreate The Beatle's classics on headphones. "When you put in-ear monitors in, everybody is on the same spot on stage... It's flat - one dimensional... You have to give every musician a space on stage. You use panning, EQ, and balance... And every musician gets their own spot. IEM mixing is all about giving them three dimensions. If I gave all the artists exactly the same copy of the album it wouldn't sound right to the audience.

"Most of the time that takes a lot of EQ and panning. With the SSL, most of the EQs are flat. I'm just doing a bit of panning. Everything has space as soon as I bring the mix up - you can bring new channels in and they sit where you want them to be. To hear that from the first song of the first sound check was amazing!"

The Analogues is a unique band. It makes much of the sonic quest and of the instruments that the members seek and restore. In turn, this influences an audience's approach to listening. Luijten notes that the audience are much more aware of the technology and of sound reinforcement. "They realise it's all being amplified - more than with other shows where they would just 'consume it'.

"...The way this band approaches the music makes people emotional. They come up to the desk and tell me what a great experience they've had."

Possibly the biggest compliment came at the end of the Ziggodome event, when Engineer Geoff Emmerick - who famously worked on a number of The Beatles' studio albums - came to the FOH position and thanked Luijten for a great show. "I think I did pretty good!" laughs Luijten.

You can find out more about The Analogues, their quest, and their sound by checking out the new YouTube interviews with Remko Luijten and Ger Arts here.

SSL Live is distributed in The Netherlands by Audio Electronics Mattijsen (AEM).