Miami Beach, FL, December 02, 2021 — Back at the NAMM Show in 2019, renowned mix engineer Tom Lord-Alge was asked by Solid State Logic to do a demonstration of its new analog recording console, ORIGIN. As he assimilated the design philosophy of the new console, Lord-Alge reached back to his own origin and pulled the multi-tracks of Steve Winwood's "Higher Love" — which he mixed 35 years ago on an SSL 4000 series console.

"I thought, 'Wow, let's go back to my origin with SSL, which was during that album [Back in the High Life]," Lord-Alge says. "When I was recording that album in ’84 and ’85, we were working on an SSL 4000E console, so I thought it was appropriate to use the song "Higher Love" as the origin of my own career." From the first time he put his fingers on ORIGIN, the console met all his expectations for quality, ease of use and sonic performance. "I sat down at the console and forget it — it was immediately familiar. From that moment on, I talked about the console and joked about getting my own one day. Fast forward, and here we are today!" 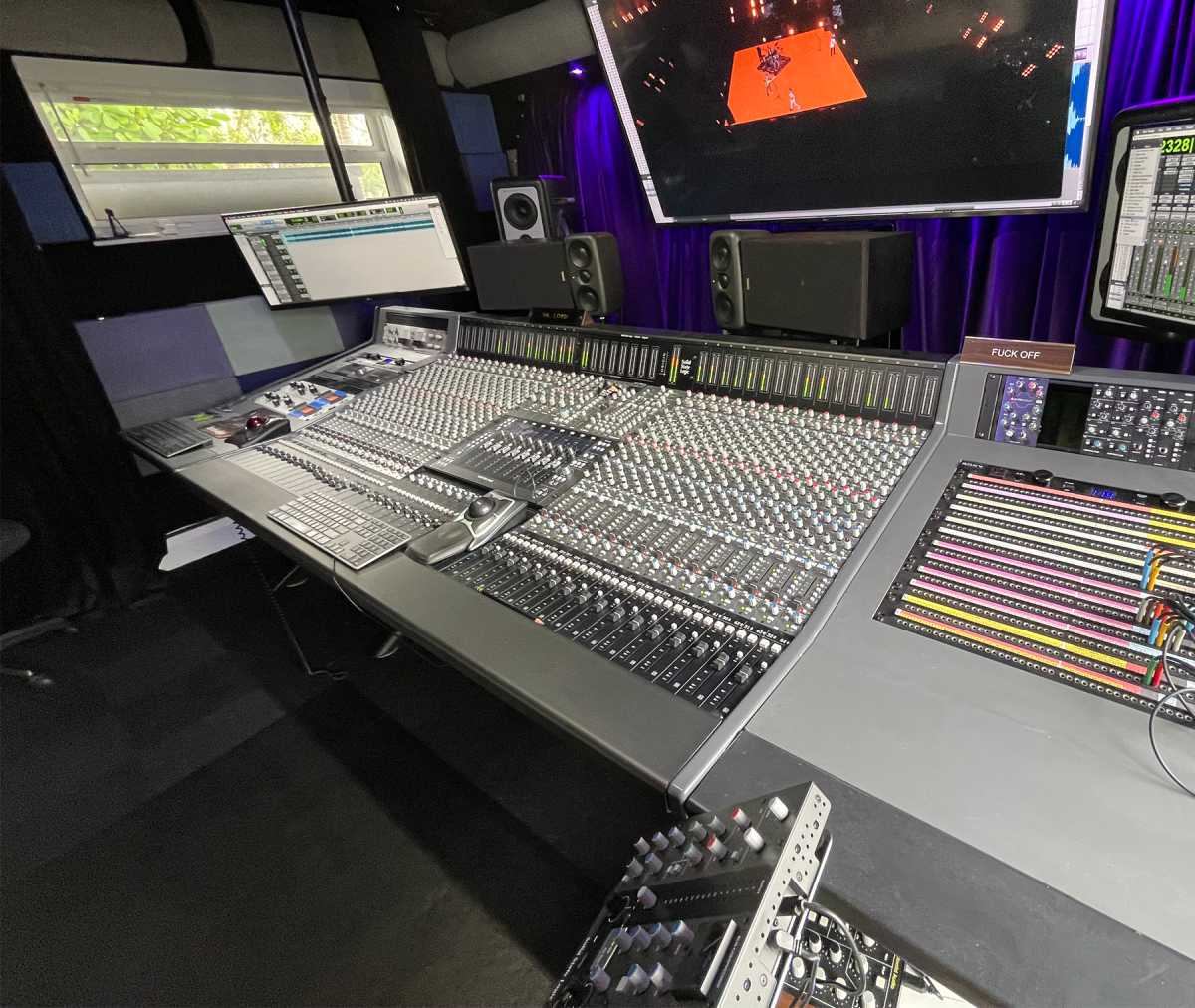 Lord-Alge acquired his new console following a recent move to his new home in Miami Beach: "To be honest, there was no way I would have been able to get my old SSL 4000E in there, so I thought it would be a great time to try the ORIGIN. I didn’t even think of purchasing anything else that was out there, because honestly, I’m an SSL guy." His mix room, which measures 15' x 18', was able to accommodate ORIGIN along with two custom-made Malvicino side desks he acquired for patchbays and various rack gear.

He reports the installation was seamless: "When they delivered the console, me and one of my buddies lifted it out of the nice crate it came in. I thought, ‘Wow, this is the first time I’ve ever moved a console where it could be done with just two guys!’ The best part about it is that it just plugs into a regular 120V outlet!"

He says certain elements of his new ORIGIN remind him of his old SSL 4000E: "Everything is laid out very similarly to the 4000, except the equalization section on ORIGIN is exactly where it should be — on the lower portion on the channel strip. This is important because you can change equalization settings while you are sitting in the sweet spot. When you need to use the sends, they are right there just above the EQ section. Ergonomically, ORIGIN was immediately comfortable, and it sounds great!"

For Lord-Alge, one of the highlights of ORIGIN is the center section of the console, which features the classic SSL Bus Compressor along with a host of routing and monitoring controls and 12U of configurable rack space. "The Bus Compressor on the ORIGIN is the best version I have ever heard," he says.

In one of the side desks that straddles the console, Lord-Alge also integrated several SSL 500 series units including VHD mic pres, LMC+ compressors and SSL E Series Dynamics modules. "Because I am a mixer, I make sure that I always have an external chain available for an overdub if I need it — just in case I am using up the whole console during a mix," he explains. When he had two extra spaces in his 500 series rack, he also chose to include the new SSL Ultraviolet EQ 500 series unit: "I love that one knob controls stereo left and right," he says. 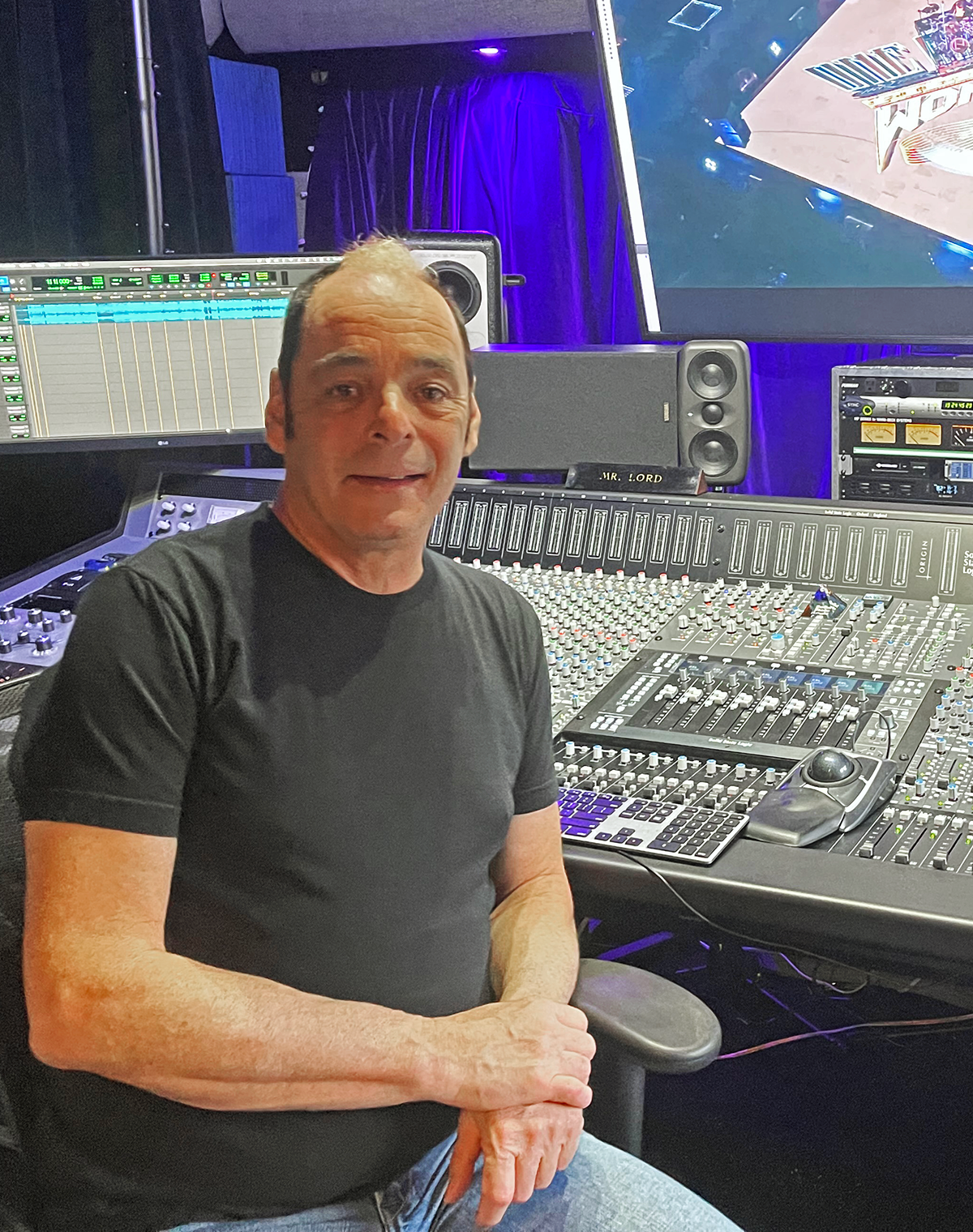 With ORIGIN, Lord-Alge is able to handle large channel counts with the console's 64 inputs — each with its own fader: "I can do a stem for an entire multi-track by sending two passes through the busses," he says. "For instance, I will do 1-32 for my large faders in one pass going direct out, then flip a button on each module so I can have direct outputs for channels 33 to 64." He also likes ORIGIN's 0 dB button on each channel, which removes the fader from the audio path. "I use this feature all the time when I am doing my fader moves. I will set the fader to where I want it to be, and then I can always hit the button again if I want it to go back."

Lord-Alge is impressed with ORIGIN's five band EQ section, which is adapted from the 'black knob' circuit of the original E series consoles. "The EQs sound like they should, no surprise there." 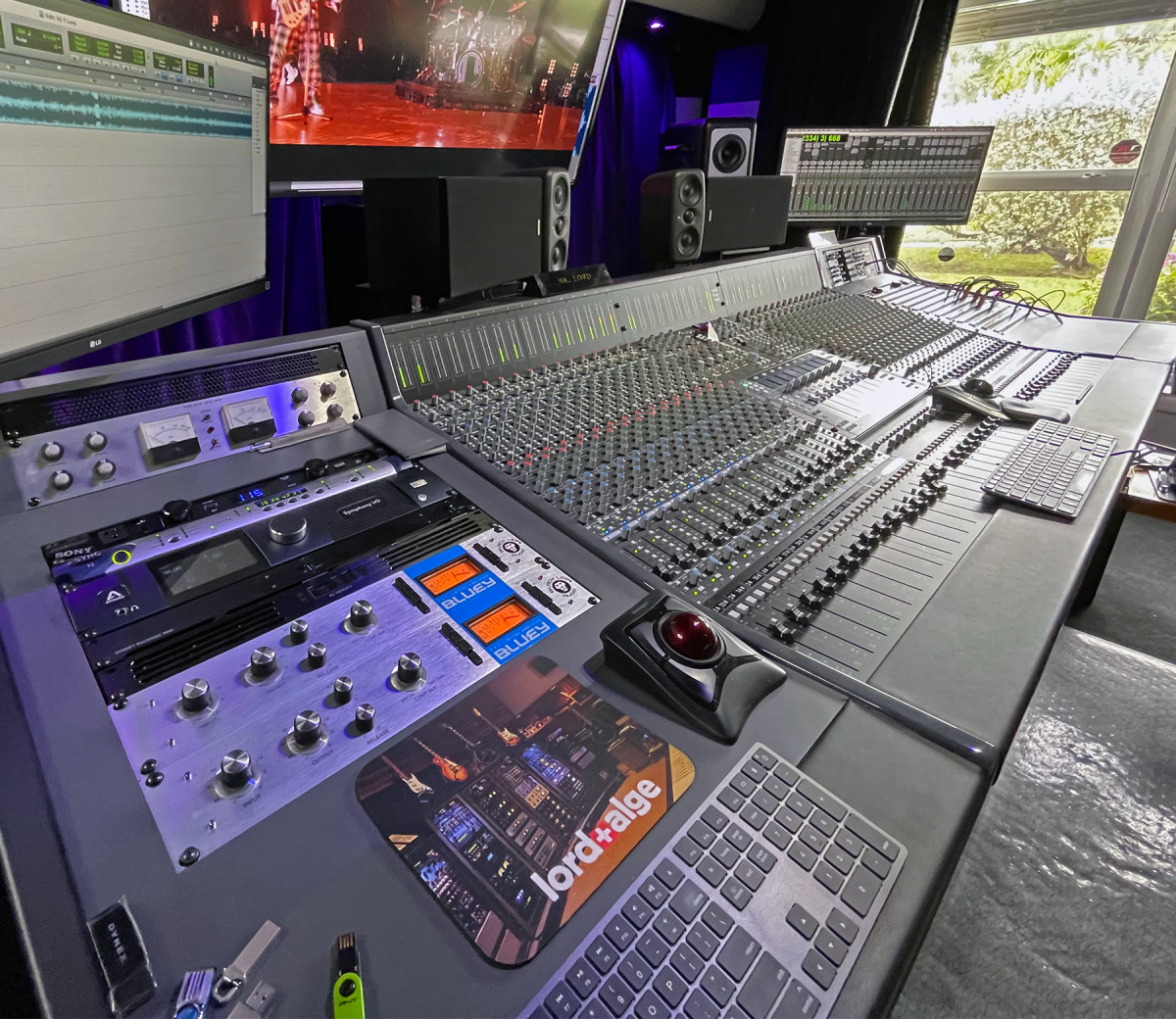 At the moment, Lord-Alge is finishing up mixing an album for a band called Rain City, which was the first opportunity for him to really dig into ORIGIN: "Everything that I’ve asked this console to do, it’s done willingly," Lord-Alge concludes. "I pummel it with level, and I am shocked at how much it can handle. For me, the thing that is most important is that it sounds great and ergonomically there is no issue. I sat down at it and jumped right in."