Salt Lake City, Utah— Veteran composer and songwriter Jim Funk was considering a number of mixing console options for Studio A at his newly built Funk Studios in Utah when he started talking with Phill Scholes, Solid State Logic’s Los Angeles-based Vice President of Technical Operations. “After a few conversations I was a lot more educated on SSL, their preamps and what the Duality could offer,” says Funk, who unveiled his flagship control room with a Solid State Logic Duality δelta Pro-Station SuperAnalogueTM console as its centerpiece. 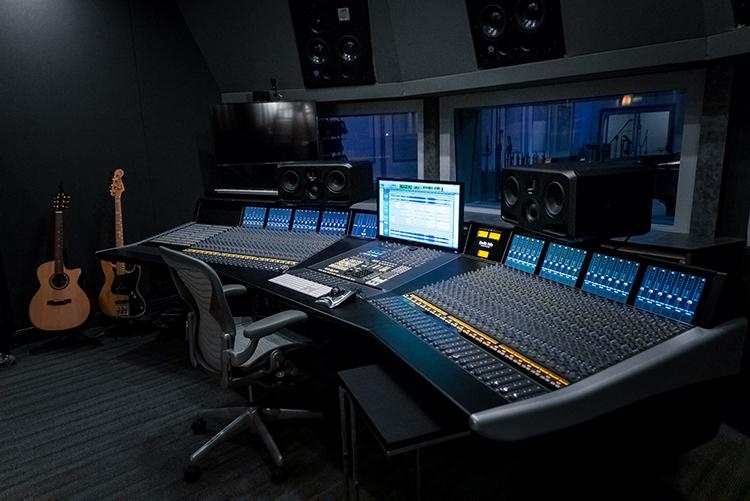 Initially conceived as a two-room facility, since expanded to three, Funk Studios can handle projects of all styles and types, from vocal overdubs and mixing all the way up to large orchestral and choral tracking sessions. Funk engaged Jerry Steckling of JSX Audio to design the complex, which features a 1,300-square-foot Studio A tracking space, dubbed The Stage, offering 23-foot ceilings, custom variable acoustics and four iso booths, one housing a Yamaha C7 grand piano with Disklavier. 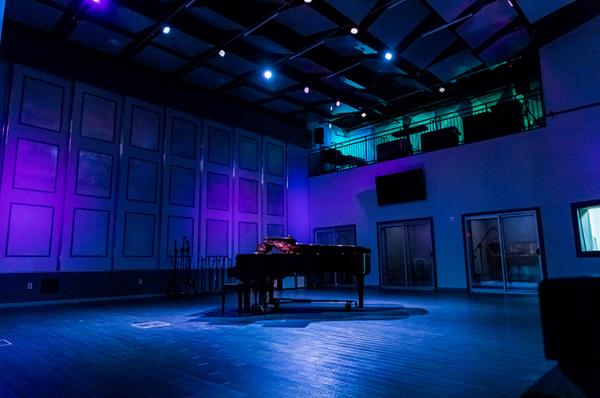 Funk and his staff were already predisposed toward SSL consoles, having installed an XL Desk in Studio B a year before the Duality arrived. “I think a big part of the decision to go with the Duality was the experience I was having on the XL Desk for the first year that I was working for the company,” says recording engineer Stoker White, who works for Funk’s long-established musical theater production track recording business.

“I was using a variety of outboard mic pres but always returning and summing through the XL Desk,” White recalls. “As far as using it as returns while I was tracking, I loved the easy availability of the bus compressor. When we started looking at SSL consoles for Studio A, having used the XL Desk for a year, I felt really comfortable with the sound I’d been getting.” White says of the newer console,

White says of the newer console,.

“I love the way it feels like a traditional analog desk, where everything is primarily accessible right on the channel strips instead of going back and forth to the center section. The filter is right there, and I love how easy it is to flip around the signal flow as far as where the EQs are landing relative to the insert points. It’s really intuitive and comfortable to work on. I love working on it — and it sounds great, too.”

Specifically, he says, “The console mic pres sound excellent. I’ve used them for 80 percent of my work since we’ve been open. They’re perfect for the orchestral tracking we’re doing.” Occasionally, White adds, he will select the alternate Variable Harmonic Drive (VHD) mic preamp circuit. “I think it’s cool the way it affects the transients and smooths out the front edge. I use it on drums fairly regularly.”

Freelance recording and mixing engineer Michael Greene primarily works out of Studio C, which accommodates immersive IMAX 12.0 and Dolby Atmos 7.1.4 mixing projects as well as overdubbing, using its associated iso booth, equipped with a Yamaha grand piano, or tielines from The Stage. Greene’s large-scale tracking projects in Studio A have included jazz records as well as film and video game scores.

“I’ve done a couple of jazz records that were tracked live off the floor where I’ve done a live mix back into Pro Tools. Most of the time that’s the mix that gets released. Part of that is budget, but part of it is because it just sounds great,”

He says. “The overall sonics really work for me. The console sounds super warm and clear. It has a lot of warmth and bigness, but it still has a lot of clarity, without being harsh." 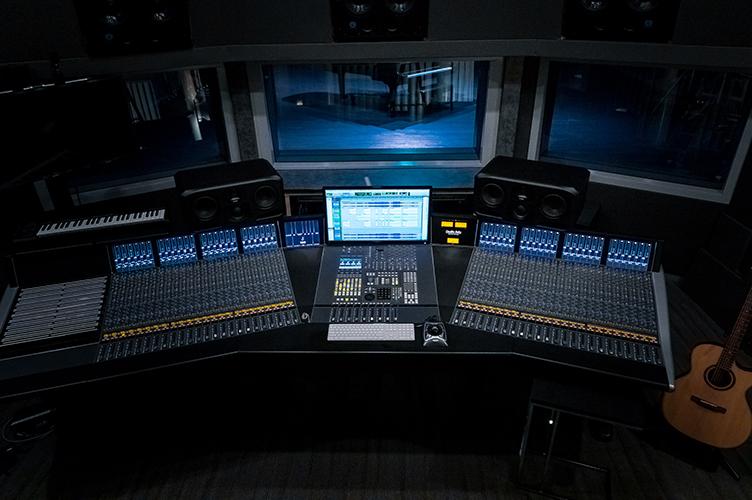 As for some of his favorite features, says Greene, “I love having filters and EQs on every channel, and that when I put them in, they just sound great. And I like the flexibility of being able to build multiple cue mixes for the players with a minimum amount of fuss.” 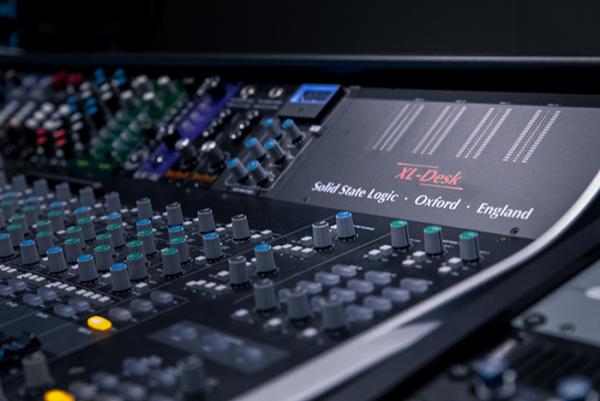 Both engineers also enjoy working with the Pro-Station, a version of Duality that offers an alternate center section lay-out, wrapping the two bays of 24-channels around the operator. “The HUI integration in the Duality is spectacular,” says Greene. “I don’t even realize or ever feel like I’m using HUI protocol, which I couldn’t say when I have used it with other control surfaces. It’s really bullet-proof and integrated in a way that’s really stable and effective.”

He continues, “I’ve done plenty of projects where I’m treating the console as a summing mixer, balancing and doing levels inside Pro Tools. The fact that I can switch to the HUI layer and immediately and articulately grab my balances is a beautiful feature of this console that I can’t say was implemented as accurately in other consoles.” 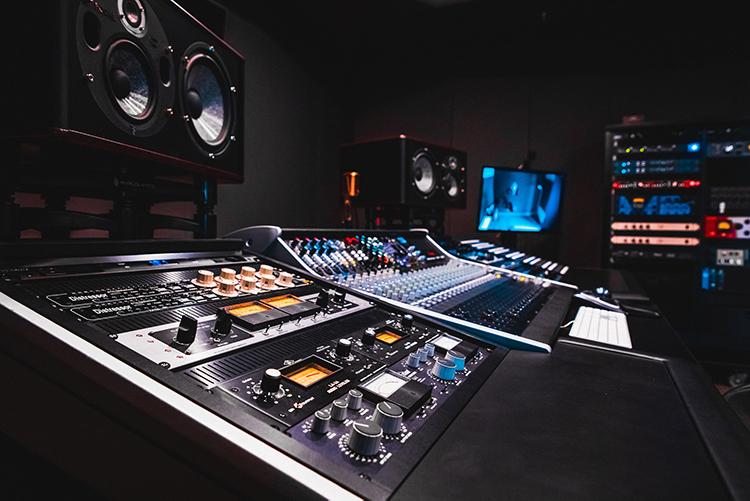 “It’s great the way that HUI is available on those soft encoders above the analog faders, so you can flip it and vice versa. The easy availability of the analog faders and the DAW control is excellent,”

Agrees White. “And it fits beautifully with the ergonomics of the control room. It looks really clean in here. You can move the DAW monitor back out of the way or bring it right in front of your face. It’s really comfortable.”

Studio A’s control room offers a vast selection of outboard equipment and a comprehensive microphone locker. “I had 110 mic preamps before we bought the Duality,” reports Funk, “as well as different compression and EQ options.”

Newer pieces including nearfield monitors, cabling and other items were acquired through Performance Audio in Salt Lake City. “They have been great friends over the years and have always supported me in my craziness,” he says. Gadget Hopkins, Executive Vice President at Westlake Pro in Los Angeles, also supported the new build-out. “Westlake held our hand through the whole construction period. That’s how I met Jerry Steckling,” says Funk.

“Jerry has made something stunning and beautiful with both the control room and the studio,” says Greene. “Jim and Jerry have built a really special room, one of those rare rooms where everything shines and sounds beautiful.” 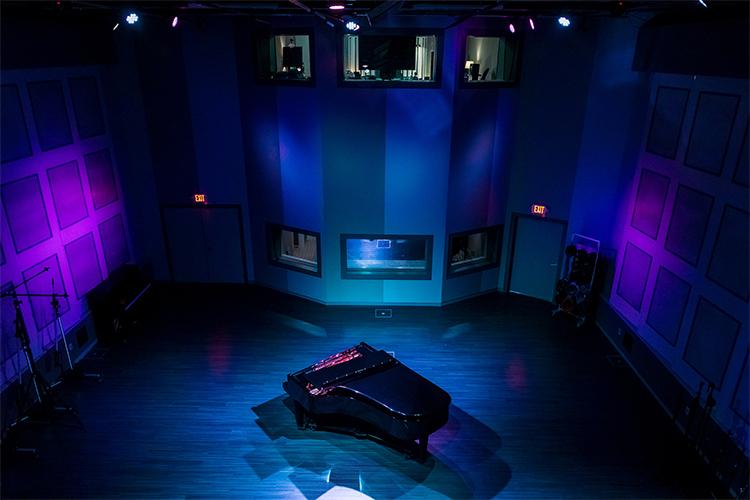