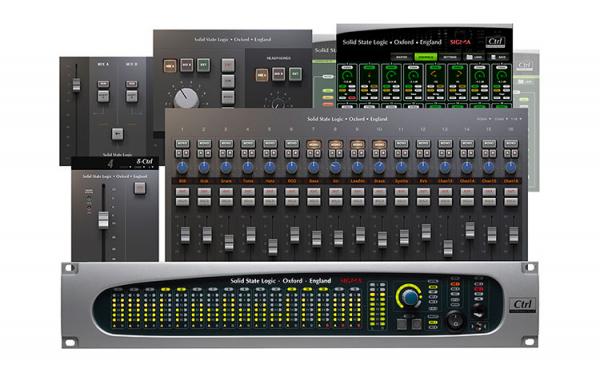 Designed for the DAW user that seeks the legendary big sound of an SSL console while retaining the convenience of working in the box, Sigma δelta is a unique rack mounting SuperAnalogueTM mixer with full synchronised control via the Sigma Remote Control Application and Delta-Control DAW plug-ins.

Sigma δelta seamlessly brings the analogue joy of mixing on an SSL console into your DAW dominated workflow. Using MDAC technology unique to SSL, Sigma takes the SuperAnalogueTM mix buss from SSL's Duality and AWS consoles and delivers it in a 2U rack design, with complete remote control of the analogue signal path, using either a hardware control surface and/or a simple Remote Control Application, and/or directly from your DAW using the innovative SSL δelta-Control (δ-Ctrl) plug-in. Now anyone who can drive a DAW can mix on an SSL.

Consistent feedback from the world's leading producers demonstrates that analogue summing still brings a record together in a special way that no emulation plug-in can match. Sigma δelta and SSL's no-compromise approach to designing audio circuits, delivers summing with an extended low-end frequency response, wide stereo imaging, clarity, depth and detail. When it comes to sonic tone and character many leading engineers state that a significant part of their 'sound' is the magic that happens when you drive the analogue mix buss of a console a little too hard...that delicate cohesive distortion only a pushed analogue mix buss brings their mixes. This is exactly the case with Sigma. It is at its best when pushed to that "sweet spot", to the point where it yields that extra sonic dimension which has always been part of the legendary SSL sound.

Sigma δelta combines its true analogue tone and depth with complete integration into a DAW dominated workflow. In today's commercial environment, fast turnaround of productions, with multiple mix tweaks and revisions, engineers and producers depend upon instant recall of all their settings. Sigma meets this demand. As Sigma's levels are driven from your DAW, the mix recalls instantly upon session load. Furthermore, every setting on Sigma itself (mix buss routing, monitoring section and settings) can be saved and recalled at the click of a button.

It has 16 stereo input channels which can be individually switched between being mono or stereo for up to 32 channels at mixdown. There is accurate metering for all channels via LED meters on the Sigma hardware unit. There are two stereo mix busses with dedicated outputs and individual stereo insert points to facilitate implementation of parallel compression or convenient printing of stems back to the DAW with processing applied. Mix Bus B can also be injected into Mix Bus A for final mixdown. Providing further flexibility, Mix Bus A & B inserts also include an 'insert sum' feature to sum the insert return to the mix bus.

Each input channel also features individual direct outputs for printing individual channels back to your DAW. The inclusion of direct outputs streamlines integration of analogue processing, with a typical configuration connecting DAW I/O outputs to outboard processor inputs, then processor outputs to Sigma inputs and Sigma direct outputs back to the DAW I/O. Unlike "dumb" analogue summing boxes, with this configuration, the gains of each channel on Sigma are automatable POST the outboard processors eliminating the effects of volume change inside the DAW riding into outboard compressors.

An Artist and Studio monitoring section provides separate Monitor and Headphone circuits. The Main monitor output has Main and Alternative connections to accommodate 2 sets of monitors. A comprehensive switching matrix enables selection of monitor source and output. A large front panel level control uses a push-select mechanism to determine whether it adjusts Mix A, Mix B, Main Monitor or Headphone. There is also a Talkback input with adjustable Dim level. A handy front panel ijack input (3.5mm stereo socket) feeds into the monitoring section.

The Sigma Remote app offers full control of all Sigma functions plus store and recall of saved settings. It runs on a Mac, PC, iOS or Android tablet device and connects to your workstation via Ethernet (or wirelessly from a tablet via a wireless router). The user interface provides a series of intuitive pages that makes controlling Sigma's powerful feature set straightforward. Three main screens provide control and setup of the Master Section, Channel Control and Global Settings parameters. Every parameter can be saved for future recall making swapping between projects simple and efficient.

Sigma δelta supports full direct remote control of the mix engine from any SSL MCU-compatible control surface. Supported channel functions are level, pan, solo, mute, mono/stereo, and mix bus routing. Channel labels as well as volume and pan data are returned to the surface for display. The Dim, Cut, Mono and Alt monitor functions, as well as Talkback, can be controlled from MCU F-Keys. MCU control is via MIDI over Ethernet and shares the same Network link as the Remote app and δelta-Control. Similar functionality is also available with Eucon enabled devices.

The Sigma rack unit houses the analogue summing engine, provides connectivity, a set of bright status and level LED's, hardware controls, headphone socket and ijack input. A pair of user assignable dual action push/hold buttons on the front panel plus a foot-switch input can be assigned to the master section functions. The rear panel provides dedicated XLR connections for the Mix Bus A and the Main and Alt monitor outputs. The individual line inputs and direct outputs are connected via standard 25pin D-Sub. An additional pair of D-Sub connections handle Mix Bus inserts, Mix B output and line level Talkback input.

The δelta-Control (δ-Ctrl) Single Fader Plug-in is a native AAX/RTAS/VST/VST3 plug-in that allows automation of Sigma channel volume as if it were a DAW plug-in. Inserting 16 instances into the DAW session will allow control of volumes and cuts for all 16 of Sigma’s channels. The automation system in the DAW is used to record and playback Sigma volume control data entered either directly from the fader in the plug-in GUI or from a SSL MCU control surface which is controlling Sigma directly.

The 16-fader ‘Sigma Delta 16’ plug-in provides compatibility to Logic users, as well as offering an alternative workflow to ‘Sigma Delta Single Fader’ plug-in users. The plug-in is available all formats including AAX/AU/VST3/VST.

The Sigma Delta Mix Bus plug-in also allows users to automate Sigma’s two stereo mix busses and their insert points. Plus the Sigma Delta Monitoring plug-in allows full control of Sigma’s monitoring section, including monitor and headphone levels, monitor cut, dim and source selection. It allows Sigma's Monitoring section to be controlled from your DAW, a control surface or the SSL Remote Application running on a computer or a tablet device. 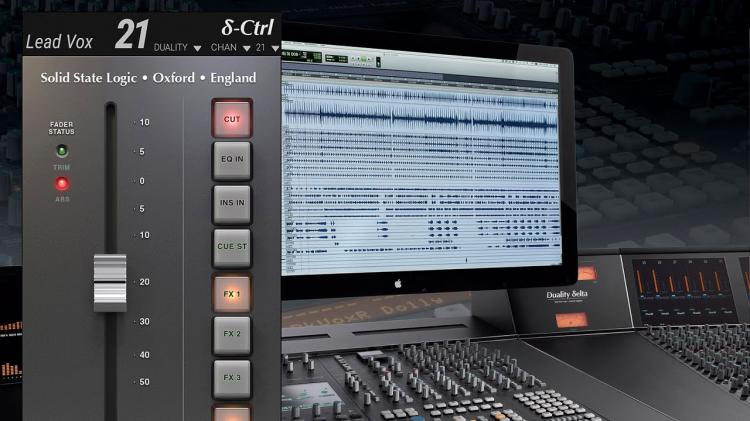 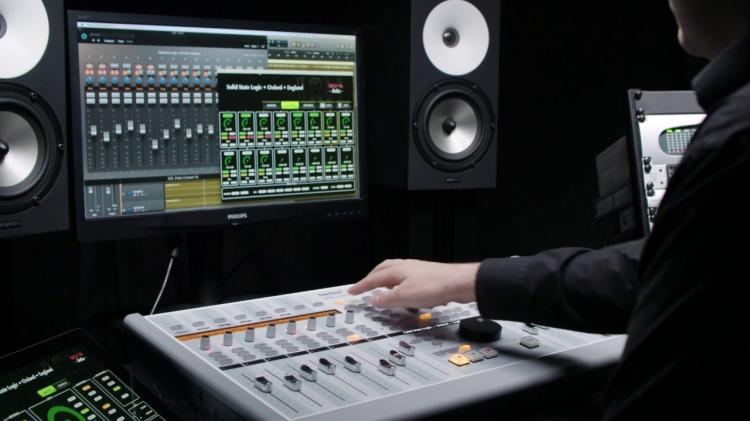 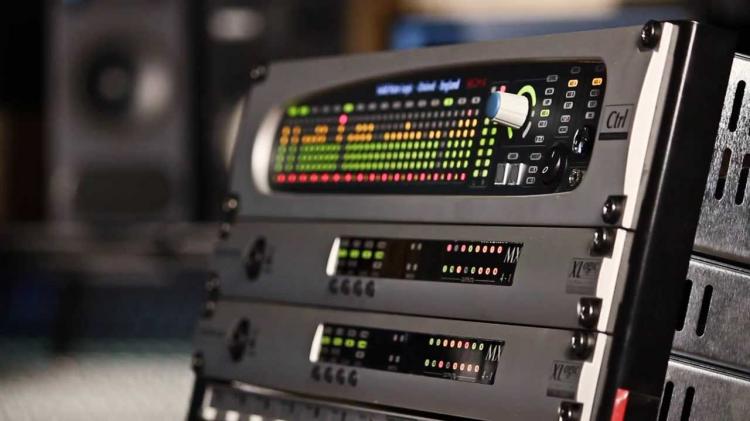 Sigma Product Tour
A short tour of Sigma covering what it is, how it can help bring sonic depth and tone to your mixes and how it fits into your studio workflow.
LOAD MORE 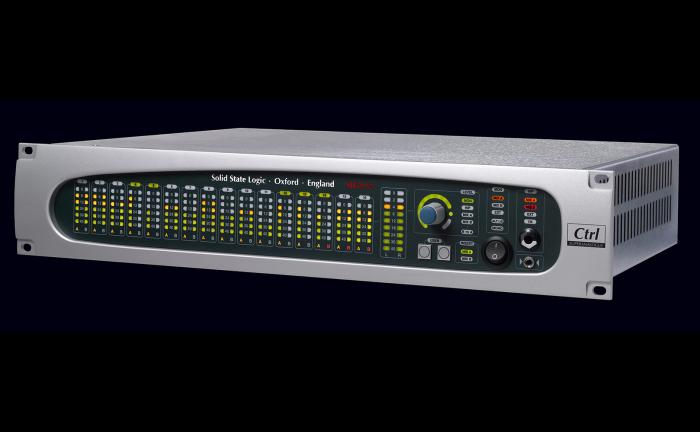 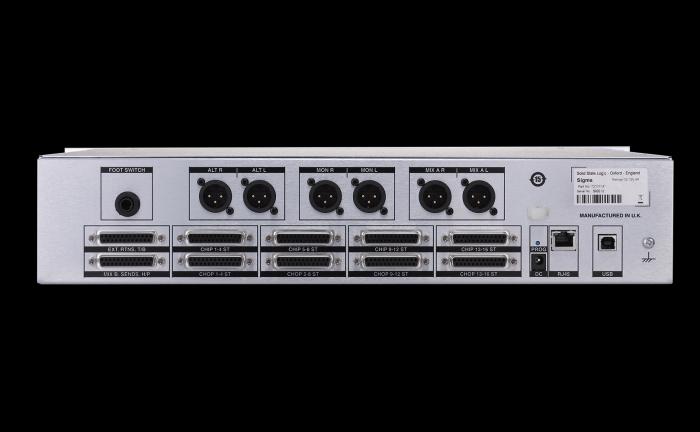 Designed for users who require an analogue console within a DAW centric studio, XL-Desk is a modern twist on the classic analogue studio console.

Change your expectations of what a preamp should be. VHD delivers a uniquely versatile palette of rich analogue character.