Back to where it all began

The SL 4000 B was released in 1976 and was famously used in the ‘Stone Room’ at London’s Townhouse Studios. The console was responsible for countless iconic records, including Phil Collins’ ‘In the Air Tonight’, The Buggles’ ‘Video Killed the Radio Star’ and Peter Gabriel’s ‘Intruder’.

Expertly modelled and with first-class integration with the SSL 360° Plug-in Mixer ecosystem, the 4K B plug-in is an authentic emulation of the SL 4000 B channel strip – full of tone, punch and rich non-linear analogue character.

Watch music producer and engineer Mark Daniel Nelson mixing a track using the new 4K B plug-in, the UC1 and UF8 controllers and see how these integrate perfectly with the SSL 360° ecosystem. 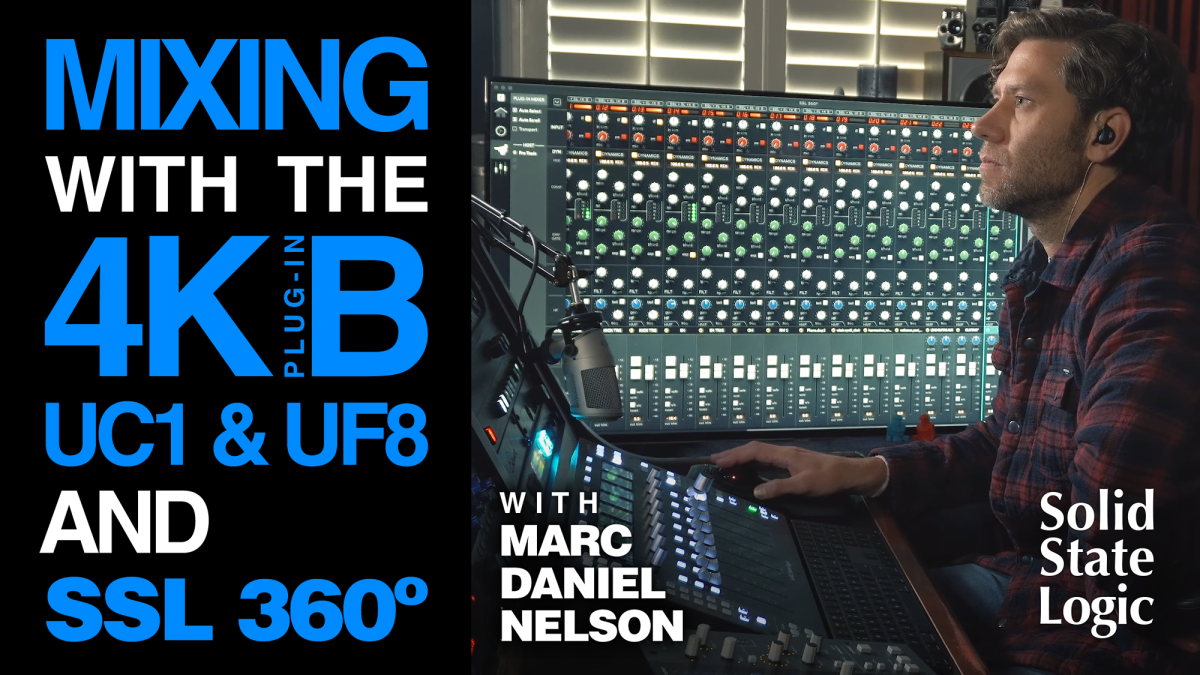 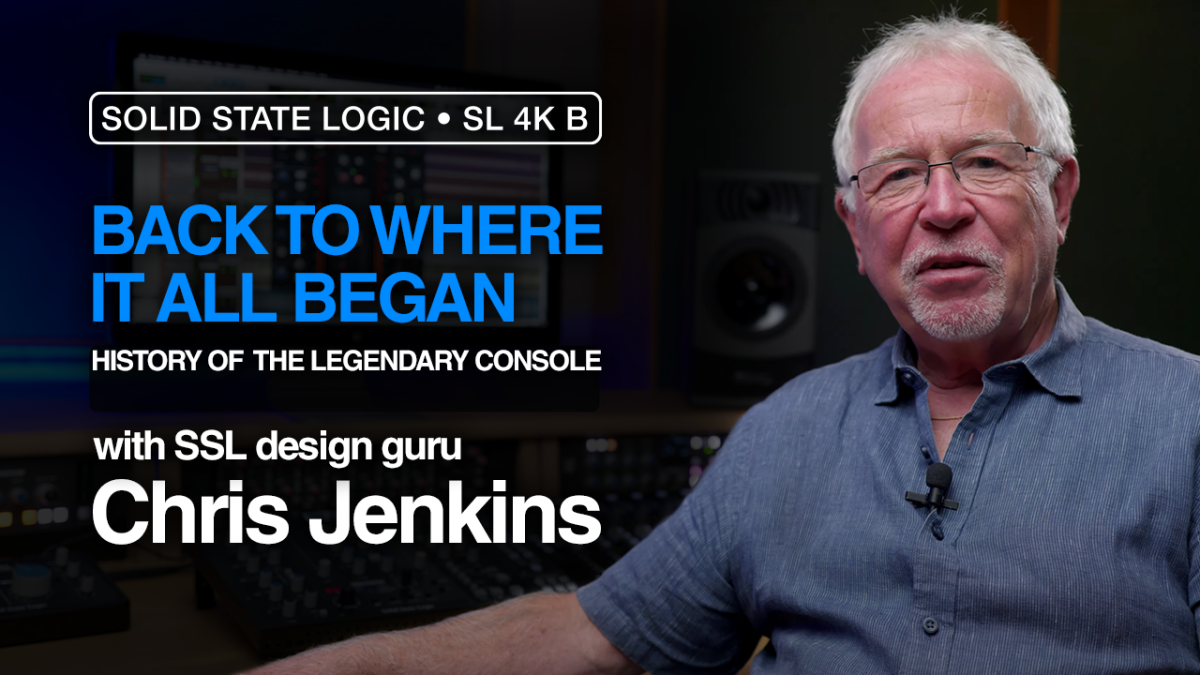 The SSL 4K B plug-in is the result of thousands of hours of work, research and development. Painstakingly modelled, the 4K B is a cornerstone of SSL console history and provides a brand-new analogue flavour for your productions.

We met with SSL design guru and ex-Townhouse Studio engineer Chris Jenkins to find out more about what it was like to install and use one of the first ever SL 4000 B consoles; a truly revolutionary and iconic mixing desk.


Total integration with UC1 and UF8

SSL 4K B integrates seamlessly into the 360° Plug-in Mixer ecosystem and is fully controllable from UC1 and UF8 hardware. The 4K B plug-in is included in the software bundle for all UC1 owners, alongside Channel Strip 2 and Bus Compressor 2.

Listen to SSL 4K B plug-in in action

Hear it for yourself – the analogue character of the SL 4000 B-series console, in your DAW. 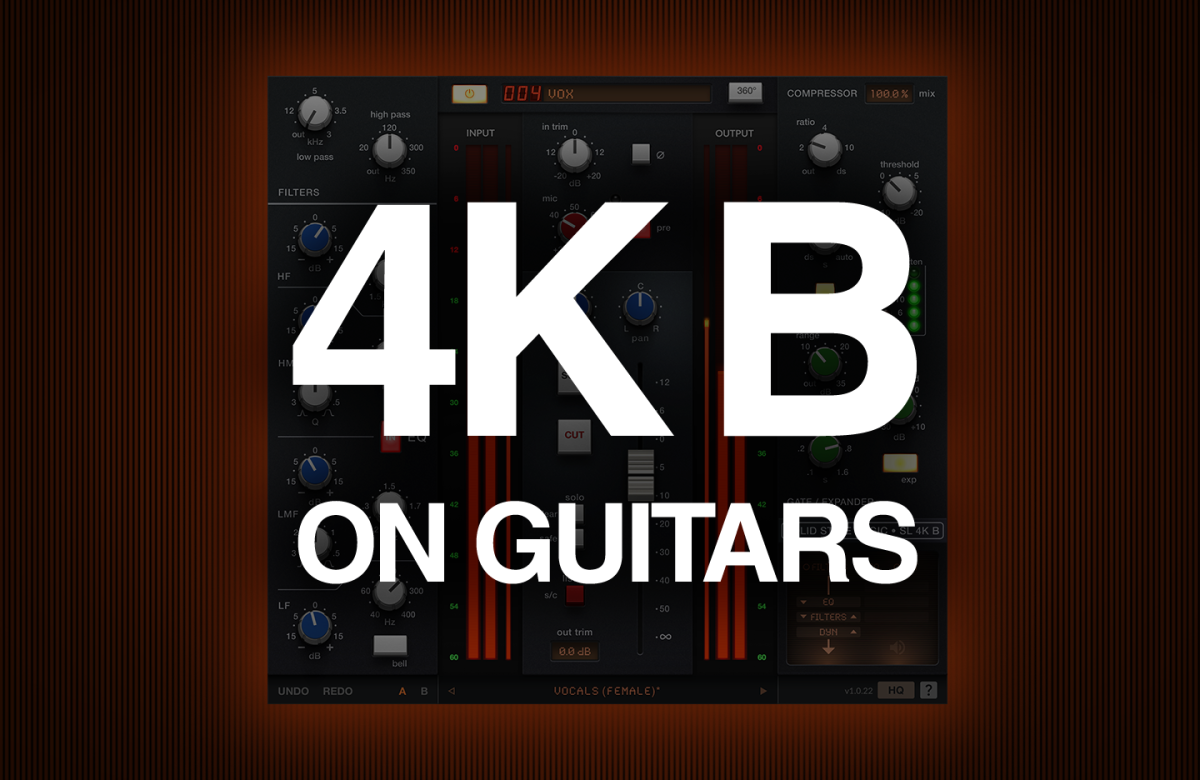 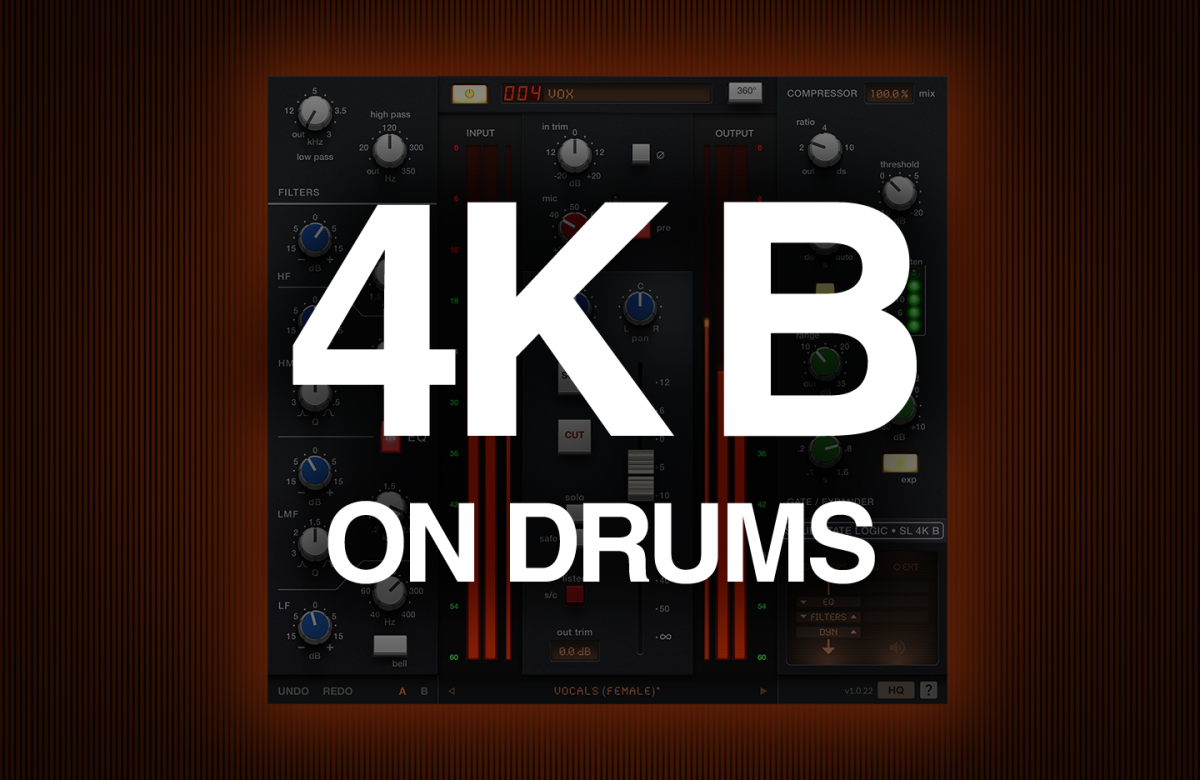 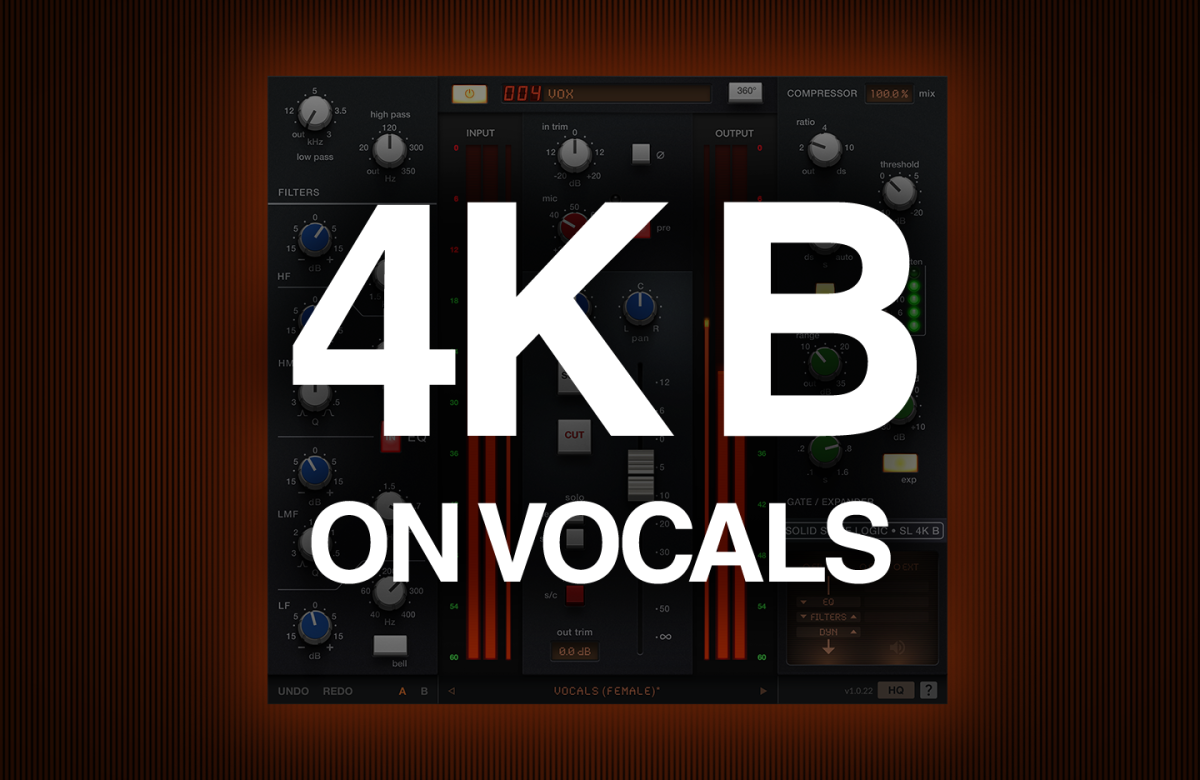 Add rich non-linear harmonics and drive to your tracks using the 4K B’s preamp section. The mic preamp stage is automatically gain-compensated, allowing you to easily dial in harmonics without destructively effecting your levels. 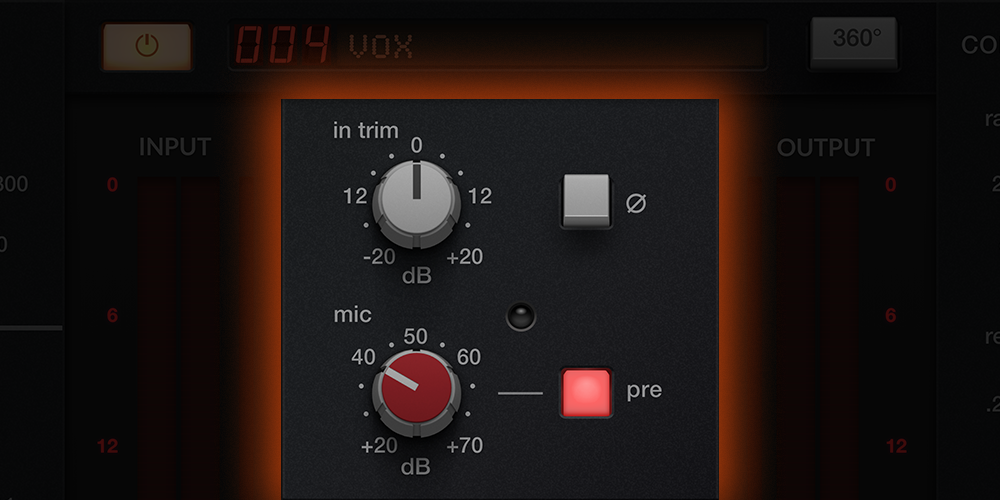 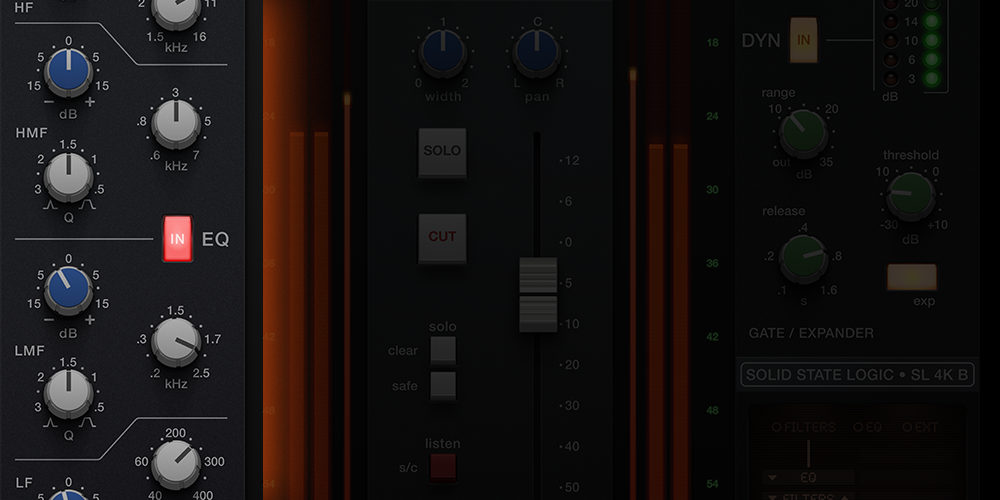 A precursor to the 02 ‘brown knob’ EQ, the original 4000-series EQ circuit from the SL 4000 B is every bit as musical and full of character – its constant bandwidth parametric mid-bands make it great for shaping drums and bass.

Channel dynamics based on the SSL Bus Compressor

The 4K B plug-in features a channel dynamics module unlike the 4000 E and 9000-series channels. The compressor design has a circuit topology based on the legendary SSL Bus Compressor, including peak detection and a sidechain VCA in a feedback loop. 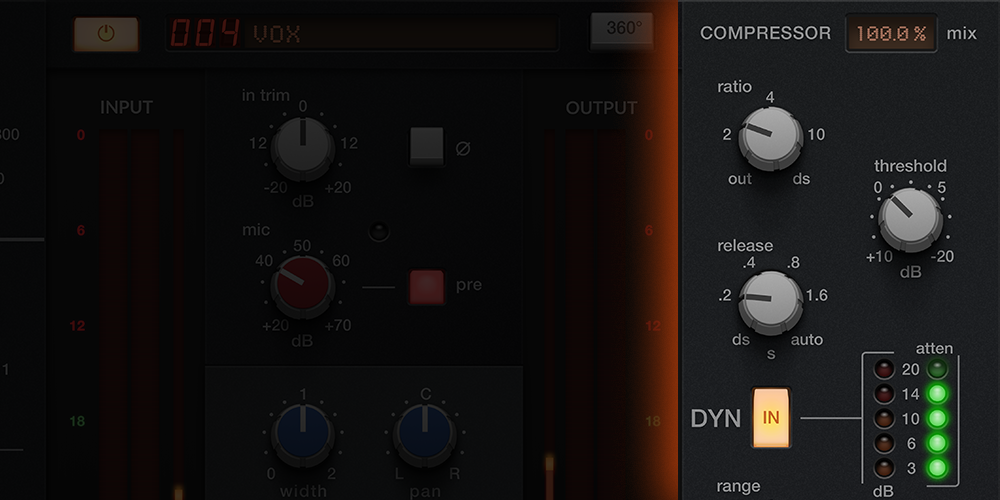 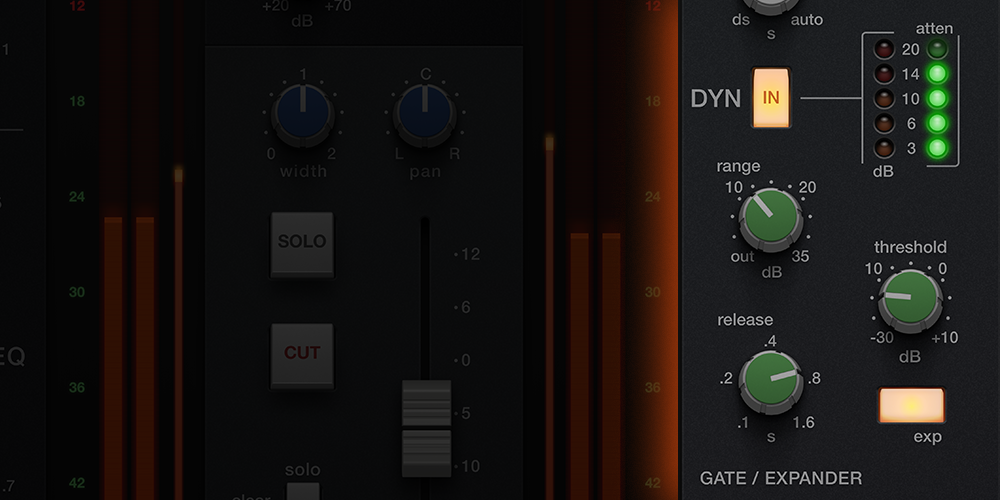 The unique ‘ds’ mode repurposes the compressor for broadband compression triggered by sibilance, just like the original hardware.

The dbx 202 ‘black can’ VCA fader introduces subtle saturation at the output – drive the fader to introduce harmonics and then dial back the output using the output trim control. 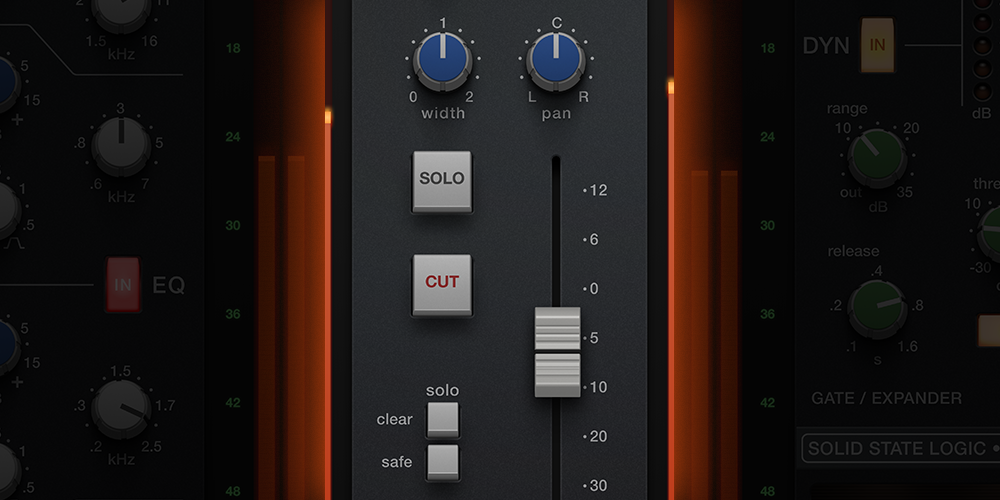 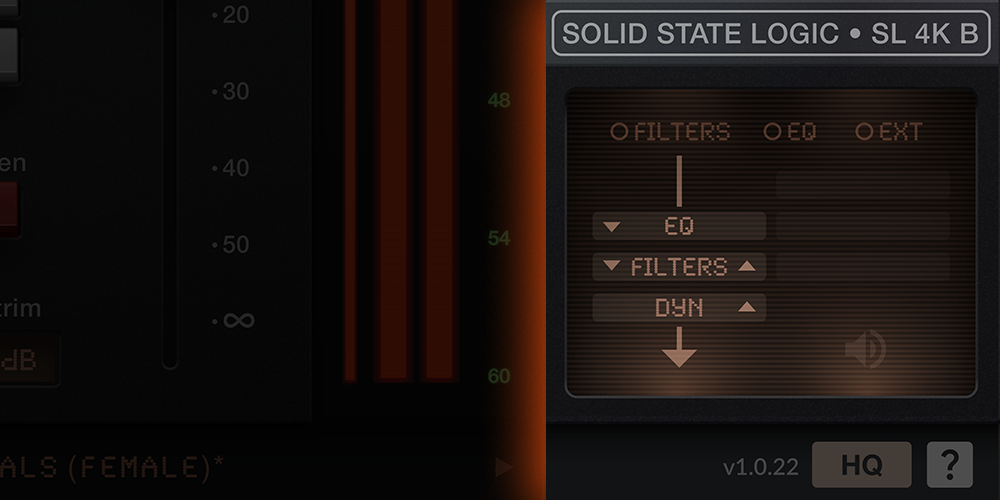 Use the High Quality (HQ) mode to turn on intelligent oversampling under-the-hood – applying the minimum amount of oversampling necessary for a closer approximation of a continuous analogue signal.

Mix ‘n’ match the 4K B with Channel Strip 2 and control them all from the SSL 360° Plug-in Mixer – your virtual SSL console – including first-class integration with the SSL UF8 and SSL UC1 controllers for hands-on control. 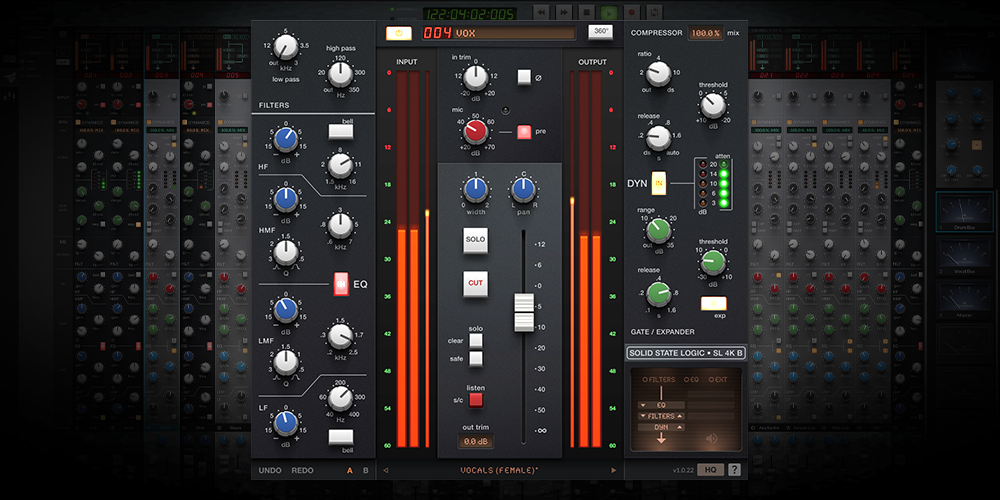 Seamless integration with UC1 and UF8

The 4K B plug-in is included in the software bundle for all UC1 owners, alongside Channel Strip 2 and Bus Compressor 2.

The 4K B and Channel Strip 2 plug-ins are the perfect companions in all your sessions. Go from a clean and punchy sound with Channel Strip 2 to a warm and vintage flavour with 4K B. With both plug-ins included with the UC1 controller, you can mix and match them from the SSL 360° Plug-in Mixer to get the legendary SSL sound and workflow used in hundreds of hit records.


DISCOVER SSL 360° AND THE PLUG-IN MIXER


To start a 14-day free trial, simply download and install 4K B plug-in below.

Upon launching your DAW, click the 'Try' button to activate your free trial. If the Activation Experience pop-up does not appear on launch, simply add the plug-in on any insert. You will be asked to log into your iLok account, and the trial authorization period will begin.

"DBX" and "Jensen" trademarks are the property of their respective owners.